The call for Bharat Bandh was given by All India Kisan Federation president Prem Singh Bhangu after the fifth round of talks between farmers’ leaders and the Centre failed. The sixth round of talks is slated to occur on 9 December 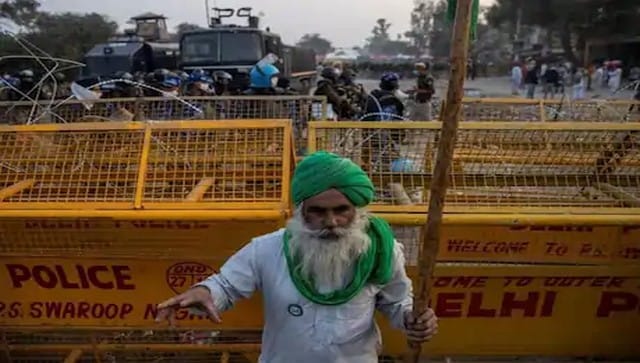 Protesting farmers have called for a nationwide general strike or Bharat Bandh tomorrow (Tuesday, 8 December). The strike comes after a meeting with the Centre over the demands of agitating farmers pertaining to farm laws proved inconclusive.

The call for Bharat Bandh was given by All India Kisan Federation president Prem Singh Bhangu after the fifth round of talks between farmers’ leaders and the Centre failed.

The sixth round of talks is slated to occur on 9 December.

Farmers, mainly from Punjab and Haryana, have been protesting on the outskirts of Delhi against Centre’s three contentious farm laws.

The Bharat Bandh on Tuesday will start from 11 am and will go on till till 3 pm across the country. According to a report by Business Insider, farmers and trade unions from various states are backing the farmers in nationwide strike and the chakka jams (road blockades).

As many as 12 states including Punjab, Haryana, Delhi, Uttarakhand, Chandigarh, West Bengal, Madhya Pradesh, Rajasthan, Odisha and Tamil Nadu have prepared for the Bharat Bandh.

What services will be affected by Bharat Bandh on 8 December?

Since some auto and taxi unions have decided to participate in Bharat Bandh, transport services are likely to get largely hit tomorrow.

As per Business Insider, agitating farmers have also appealed to offices and shops to remain closed. Also, dairy suppliers and local transport operators have been asked to support the farmers, which may lead to disruption in supply of milk and vegetables.

The Petrol Pump Dealers Association of Punjab on Sunday announced its support for the Bharat Bandh call of farmer organisations, as per Shillong Times.

Association president Paramjit Singh Doaba told the newspaper all the pumps in the state would remain closed and the oil would be available only for emergency services.

A number of banks are also expected to be affected as many unions have expressed support to the strike. The All India Bank Employees’ Association (AIBEA) in a statement said the government should come forward and resolve the demands in the interest of the nation and farmers.

According to Times Now, the strike by farmers will not directly affect the common man. The strike will also not affect the emergency services and family social events like weddings.

Emergency and ambulance services, hospital OPDs, admissions to hospitals, medicine shops, essential/emergency services will not be closed or affected by the nationwide strike.

Regulatory setup for media in India: An evaluation of fault lines in media regulation today

Hundreds arrested as anti-curfew riots spread across the Netherlands