Bhai Dooj celebrates the bond of love between brothers and sisters and is popularly observed as the last and fifth day of the Diwali festival by Hindus. On this day, sisters apply red tika on the forehead of their brothers and pray for their well-being. 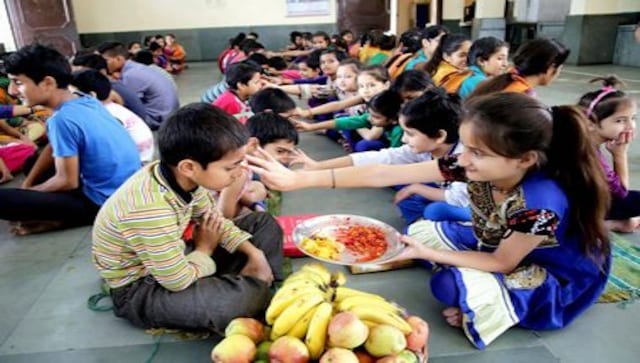 On Bhai Dooj, sisters apply tilak or teeka on the foreheads of their brothers and pray for their prosperity. PTI

Bhai Dooj celebrates the bond of love between brothers and sisters, and is popularly observed as the last and fifth day of the Diwali festival by Hindus. On this day, sisters apply red tika on the forehead of their brothers and pray for their well-being.

Also known as Yama Dwitiya, Bhau Beej, Bhai Phota and Bhatri Dwitiya in different parts of the country, the festival is celebrated on the second day of Shukla Paksha in the Hindu month of Kartik. The date for Bhai Dooj always falls two days after that of Diwali.

The rituals should be performed during the auspicious period on Bhai Dooj. The shubh muhurat will begin from 1.10 pm on 16 November and it will stay till 3.18 pm.

Legend has it that Yamraj, the god of death, was called by his sister Yamuna several times for a meeting but he could not go. However, when he finally was able to visit her, she was very happy and welcomed him with love and respect and prepared a variety of delectables for him and wished him well by applying a ceremnonial tilak on him.

Happy at the honour and love, Yamraj asked his sister to ask for a boon. Yamuna asked that a day should be marked out each year for Yamraj to visit her house.

Thus the festival of bhai dooj started where every year brothers go to their sisters’ house to celebrate kinship.

There are three other legends associated with the festival. One states that Lord Krishna went to see his sister Subhadra, after slaying the demon, Narakasura. Subhadra welcomed him with flowers and aarti and put a teeka on his forehead, giving rise to the festival of bhai dooj. Another is associated with Lord Mahavira in Jainism. When the 24th Tirthankara of Jainism, Lord Mahavira attained nirvana, his brother, king Nandivardhan started missing his brother and was consoled by his sister Sudarshana. This gave rise to the festival.

A third legend states that Mahabali asked Lord Vishnu for a boon which would require Vishnu to be present at every door of Patalaloka. Lord Vishnu agreed and became a Dwarpalaka. When Goddess Lakshmi learnt of it, she disguised herself as a poor woman and went to Bali seeking help and stating that she would really like a brother because she didn’t have one. Bali accepted her as his sister and asked her to make a wish. She wished for the release of Lord Vishnu from his service. Bali kept his word and the festival celebrating the bond between brother and sister was born.