Punjabi cinema and music has lent the farmer a certain amount of wilful dignity that sees him or her as something other than the hapless victim. By assigning these characters a sense of heroism and flamboyance, the region’s cinema sees the farming community as stories in themselves. 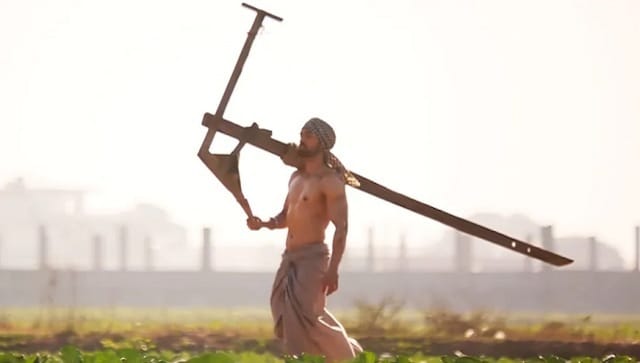 Diljit Dosanjh in a still from Sardaarji 2

In the Punjabi film Ardaas, after two banking officials arrive at a farmer’s home to seize his tractor in exchange for an unpaid loan, a sage figure, played by usually comical Gurpreet Ghuggi, folds his hands and asks the officers to allow the man some time out of respect for the ‘pind’. In the film Angrej, a typically righteous Amrinder Gill instructively tells a vagrant, ‘Janj jitni marji vaddi hove, pind ton vaddi ni hondi’ meaning ‘a procession might be big, but it can never be bigger than the village’.

If you look at Punjabi cinema, especially the variety that has flourished and driven its growth over the last decade, allusions to rootedness and pride in one’s community are inextricably sewed into most stories. To anyone wondering why some of the most illustrious names of Punjab’s entertainment industry — from Gurdas Maan to Diljit Dosanjh — have come out in support of the protesting farmers, it may be illuminating to sift through the region’s cinema and to discover its rare veneration for the farmer, often cast as the hero.

The Punjabi stereotype has obviously been exploited by Bollywood to the point of breaking. The loud Punjabi, the drunk Punjabi and the consistently unserious Punjabi are all creations of conservative urban writers who look to mime what they assume must be depth. Rarely have Hindi writers managed to unpeel the many complexities of the region, especially the people’s relationship with their land.

For all the tumult the region has witnessed, from partition to the insurgency, and the never-ending menace of drugs, it has always recalled identity and agency from its fields and farms. The green revolution may have brought its problems like the contamination of Punjabi soil, but it is still a region that revels in the riches and the larger purpose of farming as a vocation. This keenness to cultivate is often located Punjabi history, as a social responsibility. Understandably, in no other culture, cinematic or otherwise, is the farmer so omnipresent.

Cinema is illusory but is also symptomatic of the many aspirations and concerns of its audience. The average Punjabi mainstream film, for example, usually features a character yearning to go to Canada, or will at least have a sequence that references the now popular type. Both films of the blockbuster franchise Jatt & Juliet, are entirely based on this premise. But while this theme of exploring cross border identity has been consistently recognised, often for derision, the salient, more grounded referencing of the farming community has gone unacknowledged. Kulbhushan Kharbanda’s greatest performance to this day perhaps came in the first Punjabi national award winning film Chann Pardesi (1980). In it, Kharbanda plays a farmer who lives at the mercy of an evil landlord. Land, ownership and struggle are essential to the film that ties these external elements to the essence of humanity and family.

Over the years, the portrayal of the farmer in Punjabi cinema has become wide enough to be both analysed and celebrated. Wherein lies the curious case of the region’s cinema; unique because it has for the last decade at least, not only focussed on the many crises, but subversively celebrated the farmer and the community (pind) in its own way. From the tokenism of slow moving tractor carrying paddy to the masculinity of lugging a recent harvest, Punjabi cinema and music has lent the farmer a certain amount of wilful dignity that sees him or her as something other than the hapless victim. By assigning these characters a sense of heroism and flamboyance, the region’s cinema sees the farming community as stories in themselves. Some might consider it escapist, because the issues persist, but it is also, in some sense aspirational and celebratory.

Some of Punjabi cinema’s most popular leading men like Dosanjh, Ammy Virk and Gippy Grewal have at some point picked up the shovel or the scythe, or driven a tractor full of produce. Gurdas Maan, easily Punjabi cinema’s biggest name before Dosanjh and Grewal took over, has played characters set in rural backdrops since the early Laung Da Lishkara (1983), widely considered the region’s first blockbuster. Even breakaway indie filmmakers like Gurvinder Singh (Anhe Ghore Da Daan) and documentarian Randeep Maddoke (Landless) have sought in Punjab’s farmlands and communities stories that are — comparatively — sombre and meditative.

At this moment, the Punjabi film and music industry seem united in a way that the Hindi film industry audience would find strange. It’s largely down to a couple of reasons: For one these celebrities are supporting a community that they have exhibited, at least publicly, no hesitancy to play a part of. In fact, it is a community Punjabi cinema frequently borrows from and also, possibly, looks to serve. Part of the reason may also be that most writers working in Punjabi cinema invariably belong to agrarian families and carry with them a certain pride, as much as they are forced to carry the pain, of being a farmer in a country oblivious to their plight. It shows, therefore, that characters most stars consider worth portraying in the fictional realm of cinema, are people the same stars feel deserve to be fought for in reality as well.