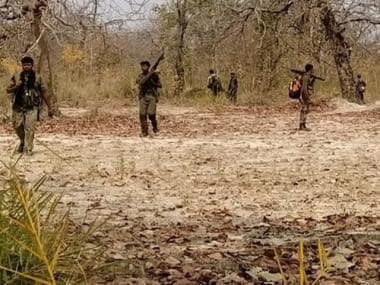 In the summer of 1949, as India was bathed in the glow of freedom, tens of thousands of Adivasis began to march from their homes in Telangana’s villages to new camps along the roads. Two brigades of the Indian Army and some 9,000 armed police had, the previous year, gone to war against the region’s growing communist insurgency. Though hundreds of insurgents were killed, the rebellion refused to die.

Things didn’t, however, go quite according to plan. There was, a 1951 Military Intelligence Directorate noted in a report on the Adivasis, “a paucity of food grains, water and other bare necessities of life at centres where they have been concentrated”.

Local civic centres, set up to benefit the Adivasis, became “in practice armed police outposts where landlords and government officials could reside and visit their villages with police protection”, scholars Jonathan Kennedy and Sunil Purshotham recorded in a magisterial study of the insurgency.

The Adivasis, Congress leader Swami Tirtha warned, were “seething with unrest, with no tangible advantage to the government”.

Four great waves of Left-wing insurgency have erupted across India since independence: the Telengana uprising, the Naxalbari movement of 1967-1971 in West Bengal, the Peoples’ War Group-led offensive that began in 1980, and the Communist Party of India (Maoist) which has run since 2004.

Entire police leadership careers have been built on the back of having extinguished one or the other of these insurgencies, but the insurgencies themselves have proved resolutely unwilling to be extinguished. This makes introspection and honest stock-taking vital.

Little dispute exists on the basic facts of this weekend’s massacre of 22 police and Central Reserve Police Force personnel near the village of Jhiragaon, in Chhattisgarh’s Bastar region. Intelligence that indicated the massing of insurgents around Silger and Bodaguda led authorities to launch large-scale offensive operations into the forests involving upwards of 2,000 personnel from eight camps in the districts of Sukma and Bijapur.

Four hundred and fifty personnel in one column from Tarrem camp, though, walked into an ambush near the Telkagudum hill. The “intelligence” is now thought to have been a simple deception operation mounted by insurgents who knew their communications were being listend to and their encryption broken.

In its essence, the carnage indicated identical flaws in leadership and training demonstrated in several similar massacres, notably the near-annihilation of the CRPF 62 Battalion’s ‘A’ company in 2010.

The columns did not demonstrate the tactical skills to negotiate jungle terrain undetected, and returned by the same routes they had gone. Their scouts either failed to reconnoitre the patrol routes, or failed to detect the ambush. Tell-tale warning signs, like the villagers of Tekalgudem having fled their homes, were ignored.

Former Border Security Force chief EN Rammohan’s of the 2010 ambush, which described the conduct of ‘A’ company as “suicidal”, led to elaborate lessons-learned exercises. The lessons-learned, though, weren’t learned as well as they ought have been. From the slaughter of Congress leaders in 2013 on, there has been a regular procession of mass killings.

The reasons for the less-than-roseate performance of Central and state police forces in Chhattisgarh isn’t a secret. Even though significant investments have been made in capacity building, the CRPF continues to suffer from chronic deficits in tactically-critical subordinate leadership.

There are, for example, just 12,453 sub-inspectors on the rolls, against the 22,879 sanctioned posts; 5,296 inspectors, against the 8,156 authorised. The force is mired, moreover, in a sapping power-struggle that has pitted its own officers against the Indian Police Service.

Lack of a functional intelligence wing, outmoded training and simple mission-bloat hasn’t helped the almost 300,000 CRPF, either. Indeed, the force’s personnel continue to rotated across the multiple theatres of conflict in which it operates, with effort to cultivate regional specialisation.

Even though the Chhattisgarh Police has expanded its personnel levels since the mid-2000s, it suffers from similar malaises. According to Bureau of Police Research and Development statistics, it has just one Superintendent of Police-rank officer committed to counterinsurgency duties, against five sanctioned, and four Deputy Superintendents, to the 36 needed. There is no provision, unlike the army, for regular retraining of troops deployed in theatre.

In 2020, it spent less than three percent of its budget on training: one of the lowest nationwide levels.

Levels of violence in Maoist violence, optimists might argue, have been in steady decline for some years now, measured by fatalities of security force personnel and civilians. There’s plenty of reason, though, to temper such fantasies. Violence also fell from 2005-2012, only for 2013 to reverse the trend. Killings spiked again in 2014 and 2018. Hubris regularly precedes downfall: not six months before the 2013 massacre, Chhattisgarh’s then director general of police Ramniwas proclaimed that the insurgents “very much under control”.

The remarkable resilience of Maoist groups—gives reason to question the foundational premise of Indian counterinsurgency: that the massive deployment of force will impose order, and thus enable governance.

In November 2009, when then home minister P Chidambaram launched what the media called Operation Green Hunt. His Home Secretary, GK Pillai, announced: “Within 30 days of security forces moving in and dominating the area, we should be able to restore civil administration there”.

Early the next year, Pillai announced that the troubled district of Gadchiroli would be Maoist-free “within a year”.

Chhattisgarh still lives with the toxic legacy of those years. Large-scale recruitment into the Salwa Judum militia — a move that, consciously or otherwise, drew directly on tactics used 1949 — gave police allies against the insurgents. The militia, however, also weaponised local feuds, and engaged in large-scale criminality: thus legitimising the Maoists. The relocation of some communities to the roads, similarly, simply ceded villages in the interior to insurgent control.

In 1961, French special forces officer Roger Trinquier authored his findings on why military-led counter-insurgencies were fated to fail. The French military in Algeria and Indochina, he noted, “is not prepared to confront an adversary employing arms and methods the army itself ignores. It has, therefore, no chance of winning”.

He concluded memorably: “Our military machine reminds one of a pile-driver attempting to crush a fly, indefatigably persisting in repeating its efforts”

In the decades since Imperial France’s defeats, Indian police forces have demonstrated counterinsurgency can be waged in smarter, more effective ways. In the late-1990s, Andhra Pradesh’s politicians united behind a decisive counter-Maoist strategy. Former director-general of police HG Dora built a highly-rated intelligence service, boosted the numbers of police stations and upgraded training.

Punjab’s KPS Gill famously routed an insurgency that seemed poised for triumph. Though pop-culture remembers him for foisting a culture of extrajudicial executions, machismo did not win the war: moving forces out of static duties, improving reaction times, and enhancing intelligence were the real keys to success. In Tripura, pinpoint police operations defeated an ethnic insurgency few then believed could be ended.

Andhra Pradesh was then ruled by the Telugu Desam Party; Punjab by the Congress; Tripura by the Left: counterinsurgency success isn’t about party politics, but professional skill and political will.

The use of blunt instruments has rarely won counter-insurgencies. In 1967, the Indian Administrative Service officer Vijendra Jafa has recorded, Indian soliders forcibly relocated villagers in Mizoram, sometimes forcing residents to burn down their own homes. The savage military campaign, though, did nothing to end the insurgency.

In the end, Jafa has written, a less-than-edifying peace was bought by “getting some of the important dissidents amongst the insurgents into the Congress (I) fold and pouring in enormous quantities of money for the enrichment of this class”.

“India” scholar Manoj Joshi has observed, “has often been compared to an elephant. The lumbering vegetarian pachyderm is not a natural predator, yet, in fear or anger, it can and does kill, often with the greatest brutality”.

Following the weekend’s slaughter, New Delhi’s impulse might well be to react in similar rage, and once again repeat the mistakes of the past. This is, however, time for an honest stock-taking: and patient planning of the way forward.