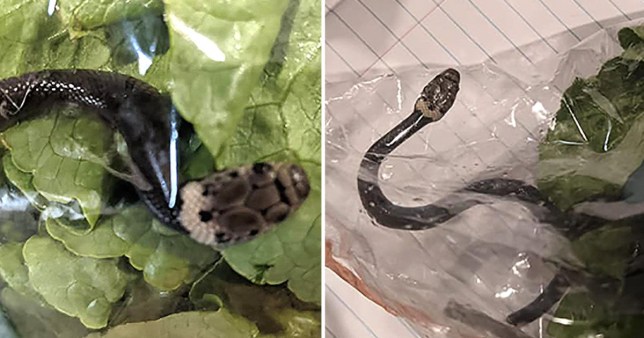 The family called wildlife experts and they are planning to return the baby pale-headed snake to its natural habitat (Pictures: Lesley Kuhn/Facebook)

The Kuhn family, from Mosman, Sydney, got the fright of their lives when they found a venomous snake in some lettuce leaves they’d bought from Aldi.

Lesley Kuhn’s son, who discovered the pale-headed snake, called the Wildlife Information, Rescue and Education Service (WIRES), who came to collect it.

WIRES told local press that finding the serpent in fresh produce was ‘highly unusual’, and noted that they would be returning the animal to its natural habitat

The organisation added: ‘We don’t think the public should freak out or worry about this incident.’

A pale-headed snake is a venomous species which is known to quickly become agitated and defensive if it feels it is being threatened. 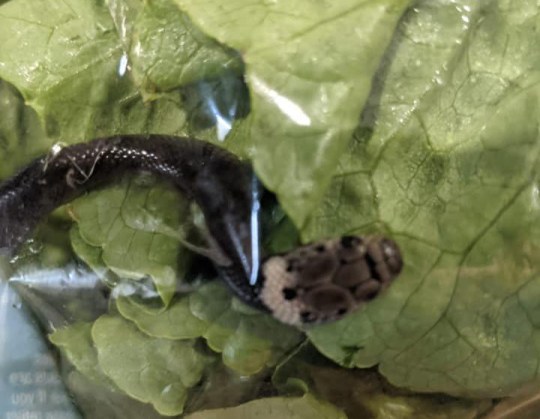 The venomous snake was alive when it was in the lettuce bag (Picture: Lesley Kuhn/Facebook)

Although no one has died from this snake, its bites can cause serious symptoms such as severe headaches, blurred vision, localised pain and abnormal bleeding.

Ms Kuhn posted photos of her contaminated greens on Facebook and warned others to check their lettuce packs.

Some Facebook users commented that the pictures made them feel ‘physically sick’, while others joked that the snake had put them off eating vegetables and salad.

A spokesperson for Aldi told news.com.au: ‘We’ve worked with the customer and the team at WIRES to identify the snake’s natural habitat, which is certainly not an Aldi store. 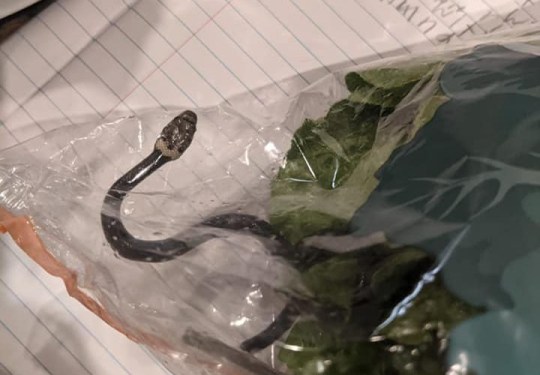 WIRES said the situation was ‘highly unusual’ and warned people not to be worried about shopping for salad leaves (Picture: Lesley Kuhn/Facebook)

‘We thank WIRES for their support on this. We are working closely with our produce supplier to investigate how this incident could have possibly occurred.’

Australians are no strangers to finding scary creatures in their homes. Just two weeks ago, a woman found a massive wolf spider with hundreds of babies clinging to its back while mowing her lawn.

The species, known for being protective parents who aggressively hunt with their bodies instead their webs, can also cause painful symptoms for humans.

MP Board postpones practical exams for Classes 10 and 12; fresh schedule to be announced later-India News , Firstpost