More flight chaos is on the cards this summer (Picture: Reuters/REX)

Hundreds more flights have been cancelled by British Airways for this summer, heaping more woes on hard-hit travellers.

Tens of thousands of passengers are expected to be impacted by the cancellations at Heathrow and Gatwick airports.

BA said it has ‘regrettably’ become necessary to further reduce its operations.

Thousands of flights have already been cancelled this year with passengers waiting in massive queues.

BA has so far cancelled 11% of all flights between April and October this year.

A BA spokesperson said: ‘We took pre-emptive action earlier this year to reduce our summer schedule to provide customers with as much notice as possible about any changes to their travel plans. 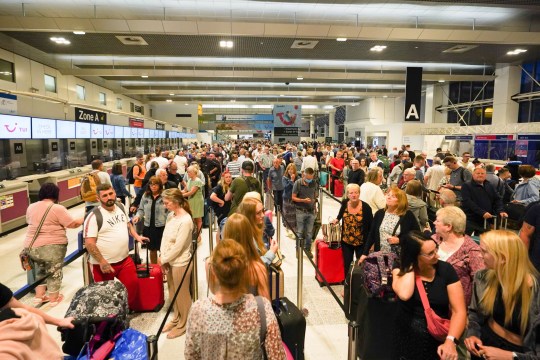 British Airways says it has no choice but to reduce its operations (Picture: LNP) 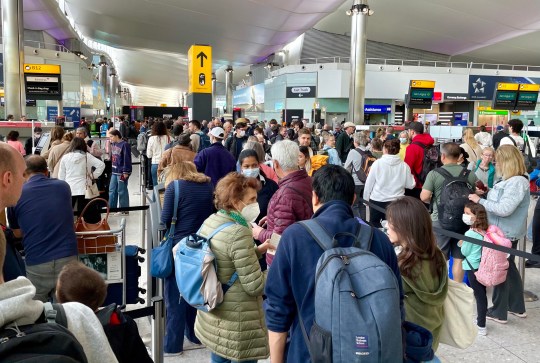 Heathrow Airport had a ‘schedule intervention’ at the end of June (Picture: i-Images)

‘As the entire aviation industry continues to face into the most challenging period in its history, regrettably it has become necessary to make some further reductions.

‘We’re in touch with customers to apologise and offer to rebook them or issue a full refund.’

In response to the ongoing chaos at UK airports, the government has introduced a slot amnesty to temporarily hand back any take-off and landing slots to airlines without punishment if they do not have the resources to use them.

Under normal rules, carriers would lose these slots if they are not used.

BA welcomed the slot amnesty, saying it is ‘making it easier to consolidate some of our quieter daily flights to multi-frequency destinations well in advance, and to protect more of our holiday flights’.

In a rare ‘schedule intervention’ Heathrow recently cancelled 30 flights on the morning of June 30.

The airline’s staff at the west London airport are still deciding what dates they will be striking over this summer.

Members of the GMB and Unite unions, including check-in staff, voted in favour of industrial action in a dispute over pay.