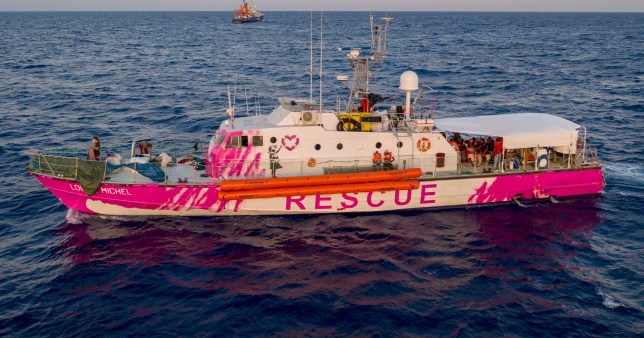 At least 80 people were thrown overboard the boat (not pictured above), said the International Organisation for Migration (IOM) (Picture: Getty)

At least 20 people have died after smugglers threw them overboard while making the sea crossing from East Africa to Yemen.

Around 200 people, including children, set off from Djibouti on the overcrowded boat on Wednesday, the International Organisation for Migration (IOM) has said.

But smugglers ‘started shouting there were too many on board’ and threw at least 80 migrants into the choppy waters.

Five bodies have been recovered and survivors were being treated in Djibouti, said the IOM.

This is not the first time smugglers have forced people off boats, as thousands desperately try to make their way from the Horn of Africa to Yemen and then on to rich Gulf countries.

The pandemic and the resulting closed borders have slowed but not stopped people attempting to make the perilous journey. The IOM said about 138,000 people made the trip in 2019 compared to 37,500 in 2020.

In October, at least eight people drowned after smugglers forced them off a boat near Djibouti.

In 2017, up to 50 from Somalia and Ethiopia were ‘deliberately drowned’ when a smuggler forced them into the sea off Yemen’s coast. And in 2018, at least 30 migrants and refugees died when a boat capsized off Yemen, with survivors reporting gunfire.

The tragedy comes after the British Government announced it would slash aid to Yemen, which is dealing with the worst humanitarian crisis in the world.

The decision to cut aid to at least £87 million this year, down from a promise of £160 million in 2020 and £200 million in 2019, has sparked a furious backlash from Labour and Conservative backbenchers.

Boris Johnson insisted moves to slash aid contributions to the war-torn country are in line with the priorities of Britons amid a Budget ‘for recovery’ – despite a growing Tory rebellion.

In the Lords, Labour’s Lord Collins of Highbury said every other G7 country was increasing aid in response to the pandemic while the UK was alone in cutting it.

SNP Westminster leader Ian Blackford also said: ‘The situation in Yemen has been called the world’s worst humanitarian crisis – 100,000 have been killed, 16.2 million are at risk of starvation, 2.3 million children are at death’s door facing acute malnutrition.’