The ASER 2020 survey explored access to and engagement with digital learning content by children; the kind of resources and support available at home to engage with the learning material 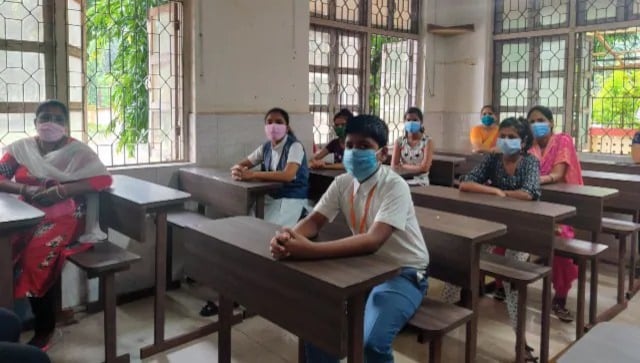 Editor’s note: This is the third part of a three-part series on the ASER 2020 findings examine the challenges to education due to sudden closure of schools during the lockdown and its shift to the remote learning model. This part deals with the challenges that the surveyors faced in contacting respondents, and what the survey findings broadly revealed.

Part 1 of the series: ASER 2020: Across states, children got uneven access to remote learning opportunities during pandemic

ASER findings are often considered a mirror of rural India’s state of education. Behind the data, lies a mammoth exercise – India’s largest citizen-led movement to generate evidence on learning outcomes. Each year, this has been done by volunteers visiting households and schools from village-to-village, district-to-district and state-to-state.

halted all field operations. Schools were shut down in March and children confined to their homes. While a physical ASER was impossible, the need for an ASER was strongly felt. The near absence of publicly available data on remote teaching-learning meant that the ASER survey had to capture this and be designed differently. ASER 2020 explored access to and engagement with digital learning content by children; the kind of resources and support available at home to engage with the learning material.

Designing and implementing this exercise has made us reflect on the new set of challenges and experiences from our first phone-based survey.

ASER is incomplete without its surveyors and this year was no different. 1,500 surveyors spent over three weeks attending virtual training workshops and calling households and schools in 26 states and 4 Union Territories – all within the confines of their own homes! Access to technology enabled this large-scale data collection exercise but also posed some challenges. Many surveyors and ASER team members had sporadic connectivity in their homes. Team members from Rajasthan, Chhattisgarh, and Odisha had to travel from their villages to state offices or places with better connectivity.

In the usual ASER, surveyors visit households to assess children’s learning levels. When a respondent finds out that the surveyor travelled all the way to their village for this exercise, they are happy to share their stories. A remote survey meant that the personal touch of interacting with respondents was lost. Understandably, many respondents were wary of sharing experiences with an unknown caller. Of the 1,18,838 households that we called, 1.5%(1,841 households) refused to participate in the survey.

While conducting the survey in Aurangabad district of Bihar, Munnu had to call a respondent twice. In his second attempt, he explained Pratham’s work in detail. This helped the respondent feel confident to participate in the survey. Language or dialect barriers are dealt with more comfortably when the survey is conducted in person. In districts bordering two or more states, families could be equally comfortable with either of the states’ language. Lalit, from East Singhbhum district of Jharkhand, had to explain to a respondent that he did not understand Bengali. He spent a few minutes decoding half-understood Bengali sentences. When the respondent passed on the phone to another family member who spoke Odiya, he was able to conduct the survey owing to his comfort with the language.

This did not mean that surveyors always struggled to convince respondents to participate in the survey. Babli from Himachal Pradesh was amazed when the respondent in Sirmaur district remembered her name. When they referred to her as ‘Babli ma’am’ and recalled her visit to their village to conduct the ASER 2018 survey, she did not have to explain the purpose of her phone-call.

In Yavatmal district ofMaharashtra, Shweta spoke to a respondent who recalled how two surveyors visited his village in 2018 and he had assisted them in drawing a map of the village (an important part of the usual ASER survey process). He was eager to participate this year as well!

In a year marked by unforeseen difficulties and a shift in the way we perceive education, the survey provides a gateway to understanding multiple barriers faced in transitioning to online education, and potential support systems that can be leveraged to reach out to vulnerable children. While conducting the phone-survey in Latur district of Maharashtra, Ranjeet spoke to several households that revealed how financial constraints were preventing their children from participating in online education. Older children accompanied their fathers to work on the field. The meagre income generated was the only way to make ends meet. In multiple districts of Maharashtra, teachers told ASER volunteer Machindra that connectivity issues made it difficult to reach children in hilly areas. Parents of these children went out to earn a living and took the only phone in the household with them.
ASER 2020 Wave 1 revealed that the proportion of children enrolled in school who had a smartphone available at home increased from 36.5% in 2018 to 61.8% in 2020. Parents from Amreli district in Gujarat spoke to Rashmi about some important barriers that had emerged from this. Aspiration for their children led some families to purchase a smartphone. However, with one phone in their possession, there was the question of dividing time among children whose classes often clashed.
COVID-19

has foregrounded an alternate educational paradigm based on large volumes of e-content being generated. Making this content accessible and communicating opportunities that are now available through technology needs to be done with an acute awareness of the powerful information asymmetry that exists among families in rural India. During the phone survey in Tikamgarh district of Madhya Pradesh, the respondent, a farmer, told Sandhya how he had purchased a smartphone during the lockdown. However, he was not aware of the multiple channels that provided educational content. Sandhya told him about programmes on YouTube and radio. In response, he said, “I am so preoccupied with earning a living that I overlook my child’s education. But with this information, I can ensure my child has a chance.”

Despite the barriers, a majority of ASER volunteers spoke to us about the heartening levels of community support that had sustained education in these tough times. The data shows that 68.8% school respondents reported taking help from village and community members in sharing and discussing learning material and activities. In Idukki district, Kerala, Jobin spoke to families from tribal areas that did not have access to television or mobile phones in their home. Children in each grade gathered in the few households that had television sets and attended classes together. He learnt that learning materials and activities were collected and distributed by the tribal chief, police, Panchayat members and older children who physically went to the school once a week. In other states, young people stepped up to assist teachers. Sandip surveyed teachers in Nagpur, Wardha and Satara districts of Maharashtra who spoke of youngsters assembling small batches of children in the local ‘Samaj Bhavans’, and their own homes and teaching them lessons from the textbook.

With restrictions on mobility in the months to come, community engagement and an ecosystem of strong social support can be leveraged further to reach children who may have been excluded from digital education. This year’s ASER data has reminded us that education is not equally accessible to all children. It would be ideal to use these findings to maximise access to and engagement with learning material as schools continue to remain closed in most states.

Puducherry Assembly Election Dates Announced: Polling to take place in single phase on 6 April; counting of votes on 2 May