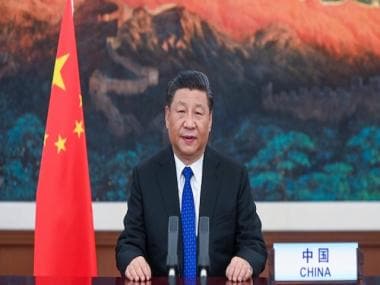 After eight years of talks, China and 14 other nations from Japan to New Zealand to Myanmar on Sunday formally signed one of the world’s largest regional free trade agreements, a pact designed by Beijing partly as a counterweight to US influence in the region.

The pact, the Regional Comprehensive Economic Partnership, or RCEP, is limited in scope. Still, it carries considerable symbolic heft. The pact covers more of humanity — 2.2 billion people — than any previous regional free trade agreement and could help further cement China’s image as the dominant economic power in its neighborhood.

It also comes after a retreat by the United States from sweeping trade pacts that reshape global relationships. Nearly four years ago, President Donald Trump pulled the United States out of the Trans-Pacific Partnership, or TPP, a broader agreement than the RCEP that was widely seen as a Washington-led response to China’s growing sway in the Asia-Pacific region. Joe Biden, the president-elect, has been noncommittal on whether he would join the TPP’s successor.

Because of the pandemic, the signing of the agreement Sunday was unusual, with separate ceremonies held in each of the 15 member countries all linked by video. Each country’s trade minister took turns signing a separate copy of the pact while his or her head of state or head of government stood nearby and watched.

Simultaneously broadcast on a split screen, the different ceremonies offered a glimpse of each country’s political culture. Vietnam, the host nation for the talks this year, and South Korea and Cambodia each had one or two small desktop flags next to their ministers. At the other extreme, China’s ceremony was conducted in front of a wall of five very large, bright red Chinese flags.

Premier Li Keqiang, China’s second-highest official after President Xi Jinping, oversaw the Beijing event. In a statement released by the state news media, he called the pact, “a victory of multilateralism and free trade.”

The RCEP encompasses the 10 countries of the Association of Southeast Asian Nations plus Australia, China, Japan, New Zealand and South Korea.

The pact will most likely formalise, rather than remake, business between the countries. The RCEP eliminates tariffs mainly for goods that already qualify for duty-free treatment under existing free trade agreements. It allows countries to keep tariffs for imports in sectors they regard as especially important or sensitive. The pact’s so-called rules of origin will set common standards for how much of a product must be produced within the region for the final product to qualify for duty-free treatment. These rules could make it simpler for companies to set up supply chains that span several different countries.

It has little impact on legal work, accounting or other services that cross borders, and does not venture far into the often-divisive issue of ensuring greater intellectual property protections. The RCEP also skirts broad issues like protecting independent labor unions and the environment and limiting government subsidies to state-owned enterprises.

Most conspicuously, the pact does not include India, another regional giant. The New Delhi government pulled out of the negotiations in July. China had rebuffed India’s demands for a more ambitious pact that would have done far more to tie together the region’s economies, including trade in services as well as trade in goods.

“The Regional Comprehensive Economic Partnership, due to its size, will certainly contribute to world free trade,” he said.

The RCEP’s lower trade barriers could encourage global companies trying to avoid Trump’s tariffs on Chinese-made goods to keep work in Asia rather than shift it to North America, said Mary Lovely, a senior fellow at the Peterson Institute for International Economics in Washington.

“RCEP gives foreign companies enhanced flexibility in navigating between the two giants,” she said. “Lower tariffs within the region increases the value of operating within the Asian region, while the uniform rules of origin make it easier to pull production away from the Chinese mainland while retaining that access.”

The prospect of China’s forging closer economic ties with its neighbors has prompted concern in Washington. President Barack Obama’s response was the TPP, which had extensive provisions on services, intellectual property, independent labor unions and environmental protection. It also called for limits on state sponsorship of industries, serving as both a challenge to China and an enticement for Beijing to relax its grip on its economy, the world’s second largest.

The TPP did not include China but encompassed many of its biggest trading partners, like Japan and Australia, as well as Chinese neighbors like Vietnam and Malaysia. After Trump pulled the United States out of that arrangement, the other 11 countries then went ahead with it on their own.

China has been eager to move into that vacuum. Still, it must navigate India’s ambitions. India’s relations with China have deteriorated considerably in recent months amid clashes between troops on their mountainous shared border.

Beijing had initially tried to sway New Delhi into joining the RCEP. However, Indian politicians were wary of lowering their country’s steep tariffs and admitting a further flood of Chinese manufactured goods. China ships $60 billion a year more in goods to India than it receives.

India sought more flexibility to increase tariffs if imports surged. It also sought tariff reductions for low-end, labor-intensive industrial goods for which production has already been moving out of China. But Beijing has been wary of letting high-employment industries like shoe and shirt manufacturing move out of China too quickly.

“As far as India is concerned, we did not join RCEP as it does not address the outstanding issues and concerns of India,” said Riva Ganguly Das, the secretary for Eastern relations at India’s Ministry of External Affairs, at a news briefing Thursday.

It is unclear how the United States will respond to the new trade pact. While Biden is set to assume office in January, trade and China have become fraught issues.

The TPP came under fire from both Republicans and Democrats for exposing U.S. businesses to foreign competition. It remains contentious, and Biden has not said whether he would rejoin the deal — renamed the Comprehensive and Progressive Agreement for Trans-Pacific Partnership — once he enters office. But analysts say it is unlikely to be a high priority.

Biden has said he would wait to negotiate any new trade deals. He wants to focus his energy on the pandemic, the economic recovery and investing in American manufacturing and technology.

But to some trade experts, the signing of the RCEP shows that the rest of the world will not wait around for the United States. The European Union has also pursued trade negotiations at an aggressive pace. As other countries sign new deals, U.S. exporters may gradually lose ground.

“While the United States is currently focused on domestic concerns, including the need to fight the pandemic and rebuild its economy and infrastructure, I’m not sure the rest of the world is going to wait until America gets its house in order,” said Jennifer Hillman, a senior fellow for trade and international political economy at the Council on Foreign Relations. “I think there are going to have to be some responsive actions to what China is doing.”