In the US, where half of the adult population has gotten at least one COVID-19 shot, the talk has been of reopening, moving forward and healing. But for Indian Americans, the daily crush of dark news from ‘desh,’ the homeland, is a stark reminder that the pandemic is far from over.

Los Angeles: Bad news, knowing no time zones, arrives in a jarring burst of messages, calls and posts informing millions of members of India’s worldwide diaspora that yet another loved one has been sickened or lost to the coronavirus

Sometimes it comes in a barrage of WhatsApp messages first thing in the morning, and sometimes it lands in the middle of the night, as it did for Mohini Gadré’s father. A 3 am call at his San Francisco Bay Area home let him know that his octogenarian mother — who had tested positive in Mumbai — was too weak to say her morning prayers, setting off a mad scramble to find her the hospital bed where she remained for days.

In the US, where half of the adult population has gotten at least one COVID-19

shot, the talk has been of reopening, moving forward and healing. But for Indian Americans, the daily crush of dark news from ‘desh,’ the homeland, is a stark reminder that the pandemic is far from over.

“We’re seeing life slowly start to get back to normal in small ways, and you’re feeling like a bit of hope — like with spring. You know that things are improving, it’s been a year,” Gadré, 27, said. “And meanwhile there’s this tinderbox that’s been ignited in India.”

The more than 4.2 million people like Gadré who make up the Indian diaspora in the US, according to census estimates, have watched in horror as the latest coronavirus

surge burns through India, killing thousands of people a day and catapulting the death toll to more than 200,000 — the fourth-highest in the world.

In a culture that generally makes no distinctions between cousin and sibling, biological aunt or close friend, family is family. Many Indian Americans are wracked with guilt over emerging from more than a year of isolation as relatives overseas struggle to find vaccines, hospital beds and, fatefully, their breath.

Like India itself, the diaspora is striated by religion, caste, class, mother tongue and other factors that continue to divide. But now many of its members are united in frustration and helplessness with little recourse. The State Department issued a “do not travel” advisory for India last week, citing COVID-19

, and on 30 April, the Biden administration restricted travel from the country. That leaves families few options except to try to arrange resources from afar and persuade relatives to keep safe.

In the UK — home to about 1.4 million Indians — the government has added India to its ‘red list’ of countries, banning arrivals for anyone from India except for UK citizens and residents. That adds to a sense of isolation and helplessness for many who feel cut off from loved ones.

“Apart from raising funds, being generous with donations and going to offer prayers, there’s not much else we can do at the moment,” said Yogesh Patel, a spokesperson at one of the UK’s largest Hindu temples. “We can’t go and console family and friends, everything is happening online.”

Compounding the frustration is the struggle by many in the diaspora to convince family and friends in India to abide by basic social distancing and masking protocols.

The problem is twofold and cultural: A certain generational hierarchy means elders are not inclined to heed the advice of their children, grandchildren or outsiders. And misinformation spreads widely through the same social channels that are vital to coordinating help and bridging the gap across oceans.

“My dad, he was all over the place, and I told him: ‘You’ve got to stay at home, you’ve got to wear masks,’ but, you know, they don’t listen,” said Ankur Chandra, 38, a New York-based consultant whose father is now recovering from COVID-19

, alone in an apartment in India’s national capital region of Gurugram. Shivani Nath, a Manhattan-based interior designer for hotels who was born and raised in New Delhi, offended relatives when she expressed horror instead of congratulations at pictures of a “complete five-day, traditional Indian Hindu wedding” in the family — no masks in sight.

“My cousin was like, ‘You Americans are so arrogant and look at your own country and you have over 500,000 people who have died.’ And she actually told me — she’s like, ‘Indians have herd immunity. We are born with herd immunity,’” Nath recounted.

Her cousin later apologized, after several wedding attendees were diagnosed with COVID-19

Vijaya Subrahmanyam, 58, typically travels to India every six months to see her family, including her older sister and 91-year-old mother in Hyderabad, in the southern state of Telangana. Because of the pandemic, she hasn’t been back in almost two years, and her summer plans to visit were scrapped at her own mother’s advisement.

The same week that the Atlanta-based college professor received her second dose of the vaccine, her mother and sister both tested positive for COVID-19

. Her mother had not left her home, but her sister took a two-minute diversion to the mall to purchase a handbag after picking up some medicine, and that’s where Subrahmanyam suspects she got infected.

“Initially, we were like, ‘What’s wrong with you?’” she said. But Subrahmanyam realized her sister probably felt worse about it than anyone else — and recognized that she was the one still in India, tasked with taking care of their mother.

Some of those who feel similarly helpless are channeling their energies into mutual aid projects.

Anand Chaturvedi, 23, is from Mumbai but now works in New York. Coming from a tech background, he volunteered to help the same websites he himself has used, including an open-source site that helps search for virus-related resources.

In Seattle, Sanjay Jejurikar, 58, is leveraging his connections and using his familiarity with India to connect people to assistance, everyone from a 75-year-old mentor to young employees of his India-based education technology startup.

“In India, things are a little bit chaotic, right?” said Jejurikar, whose mother died of COVID-19

in July in India. “I mean, on one hand, they’re very bureaucratic and rule-based, and all that stuff, which is good. But on the other hand, quite a few people are left on their own devices, like they don’t have any support.”

After losing her grandmother to COVID-19

at the start of the pandemic, 23-year-old Farheen Ali, a grad student from Texas, moved back to Hyderabad in August to help her parents.

Having experienced a pandemic peak and a Ramadan in each country, Ali thinks one of the biggest differences is the confidence she had that “it won’t get that bad or the system won’t break as bad” in the U.S. She also believes she would have been vaccinated by this point if she had stayed in Texas.

While she doesn’t necessarily regret coming to India, the embers of hope are dying out: “I don’t think there’s any trust in the government or the public that they’re going to try to get this down because I still know people that don’t want to take the vaccine because of stupid WhatsApp messages or don’t believe that corona is still a thing, even though people are dying at this rate.” 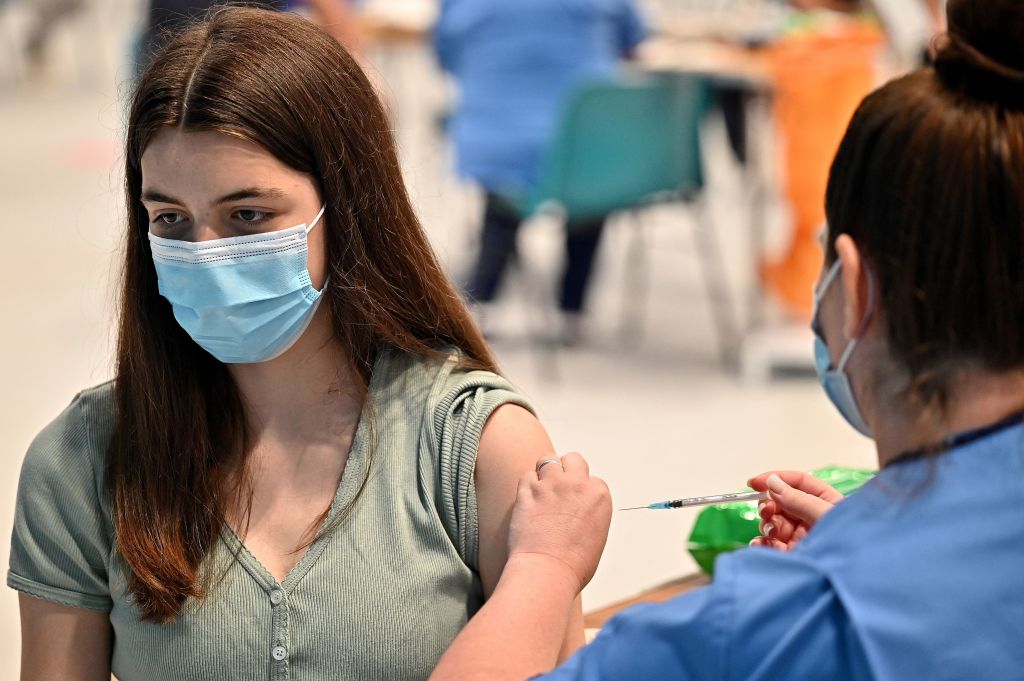