In a letter addressed to all principal secretaries and secretaries of various departments in the state, Bihar ADG Naiyar Hasnain Khan had on Thursday sought intimation of any such activity by individuals or organisations so that the Economic Offences Wing could take action in accordance with law 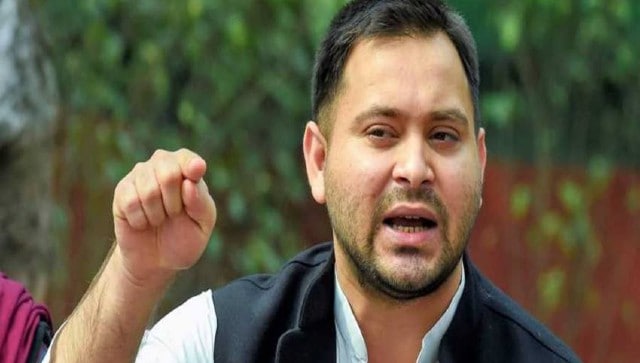 Objectionable social media posts against ministers, members of Parliament and the state legislature, other elected representatives and government officials shall be counted as cyber crime and warrant penal action, says a missive issued by a top police official in Bihar.

The letter was issued on Thursday by Naiyar Hasnain Khan, the ADG heading the Economic Offences Wing (EOW) which is also the nodal body of the police for cyber crimes. Addressed to all principal secretaries and secretaries of various departments in the state, the letter has sought intimation of any such activity by individuals or organisations so that the EOW could take action in accordance with law.

Leader of the opposition Tejashwi Yadav, who shared a screenshot of the letter on his Twitter handle, expressed outrage.

“Look at the deeds of the Chief Minister (Nitish Kumar) who is following in the footsteps of Hitler”, Yadav tweeted. “Nitish ji, we understand that you are completely
tired. But, at least, have some shame”, he added.

The ruling NDA, however, came out in support of the communication, saying restraining those spewing venom on the social media had become necessary. “It is a welcome step. The social media was supposed to be a tool which would speed up information dissemination and help intellectual uplift of the people on a mass scale.

But more often than not we come across content on these platforms which are full of vile abuses”, Rajiv Ranjan Prasad, spokesperson of the Janata Dal (United), said in a statement.

BJP spokesperson Nikhil Anand echoed similar views. “Freedom of expression does not mean no holds barred. There must be some regulations and guidelines with regard to the use of social media. Interests of the nation and the society ought to be upheld”, he said.

Anand also expressed concern over social media increasingly lending itself to character assassination and defamation and pointed out that in many instances even
government officials have been found guilty of posting remarks that violate their code of conduct.

“Such things need to be stopped,” the BJP spokesperson said.