ARE You The One? has finally made its way across the ocean for its first-ever UK series.

Hosted by broadcaster and presenter Joelah Noble, here is who you can expect to see on your screens.

Who is in the cast of Are You the One?

20 uncluky-in-love singletons come from all over the UK in hopes to find that special someone.

The cast of Are You The One? UK include:

What is Are You the One? and how does it work?

The 20 singletons all live together in a luxurious villa in Malta and among them is their scientific “Perfect Match”- all they have to do is find them.

Through chemistry-driven testing and games, the group needs to find the ten biologically perfect pairings to win a huge cash prize.

So the choice between love or money comes down to much more than just picking an envelope – as we see on Love Island‘s finale.

A show source said: “From a funeral director, to a fireman, to a stunt woman who has appeared alongside Angelina Jolie, this cast isn’t short of life stories.” 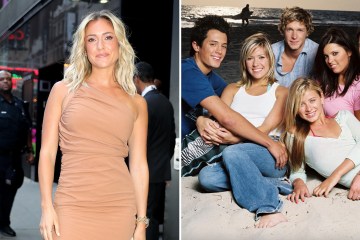 Radio 1 Xtra and Lionesses Live broadcaster Joelah Noble hosts the action and said: “I couldn’t be more excited to be fronting the first UK series of ‘Are You The One’. I have loved this show for years, so it really was a dream job for me!

“Expect romance, drama and passion … all the best ingredients for an amazing series which teaches us that it’s not always easy to find your ‘perfect match’ but it’s very much worth it!”

When does the MTV show start?

The show will then air every Monday at 10 pm on MTV onwards.

It also will be available in full on streaming platform Paramount+ to binge watch from the off.

Any fans of the US show will know that viewers are in for a whole lot of drama including the dreaded Truth Booth and much more.