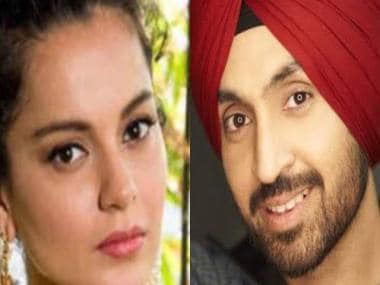 Kangana Ranaut and Diljit Dosanjh argued on Twitter after the Queen actor claimed that an elderly lady at the farmers protest was Shaheen Bagh activist Bilkis Bano, aka Bilkis Dadi.

In her reply to Dosanjh, Ranaut maintained her claim, and went on to call him producer Karan Johar’s lackey. She added that she did not know who Kaur is.

The argument continued, with Dosanjh asking Ranaut whether she became a yes-man to everyone she worked with. If this was the case, he wrote, then she surely had a long list of masters to answer to. He noted that the protesters were from Punjab not Bollywood, and accused her of inciting tension by manipulating facts.

Here is his response

Dosanjh further called her out for disrespecting women, and insisting they were bribed to protest. He once again asked her not to twist anyone’s words. Ranaut, in turn, insisted that it was Bilkis Bano who had taken to the streets once again in objection to the farmers bill.

The BBC news clip shared by Dosanjh sees Kaur, a resident of Punjab’s Bahadurgarh Jandian village, ask Ranaut to visit her farm, and watch how she and other women work hard in the fields. Kaur and her husband Labh Singh told Tribune that they were upset over Ranaut’s belittling remarks.

According to DNA, a legal notice has been sent to the actor for her tweet by a Mohali-based lawyer Hakam Singh. He has also demanded that Ranaut apologise within seven days, otherwise a defamation suit will be pursued.