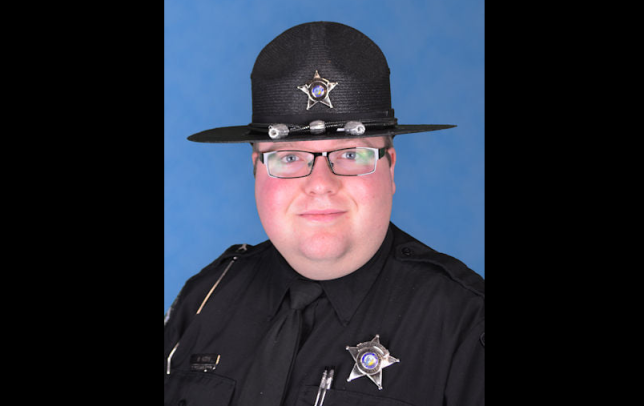 A 30 year-old sheriff’s deputy died of Covid after the virus made him suffer a stroke. Brandon Gore, of Brunswick County Sheriff’s Office in North Carolina, died on Saturday, his former colleagues announced. Gore, who worked with his local animal control department, was diagnosed with Covid last month.

He suffered a stroke several weeks later, before succumbing to the disease at the start of April. Gore’s death was announced by his former sheriff’s department on Facebook, who wrote that he had ‘lost his courageous battle with Covid.

Brunswick County Sheriff’s Office added: ‘We are heartbroken. Deputy Gore was a kind and gentle soul, which made him a perfect fit to care for the animals at BCSO Animal Protective Services. He was always willing to help anyone in need, both at work and in his personal life.

‘He had a genuinely cheerful heart and always greeted everyone with a smile. He will be terribly missed by all of us at the Sheriff’s Office, especially by those with whom he was especially close, and those he worked with every day at the animal shelter.

‘Our thoughts and prayers are with his parents and family. Rest easy our dear brother and friend; we’ll take it from here.’

Covid-linked strokes are believed to happen when the virus causes inflammation that makes sufferers’ blood clot more quickly, increasing the risk of blockages.

The United States has now recorded 30.7 million Covid cases, and just over 555,000 deaths. Daily infection numbers have begun to rise again in recent days, sparking fears of a fourth wave.

Vaccination efforts are well underway, with four million Americans receiving a dose of a Covid vaccine on Sunday.

The US has administered more than 165 million doses since the first vaccine, from Pfizer, was approved for emergency use in December 2020.