Prince Andrew has been seen heading to Windsor Castle in his first appearance since Ghislaine Maxwell was found guilty of sex trafficking.

The Duke of York was pictured leaving Royal Lodge on Friday for what was believed to have been a lunch with the Queen.

Earlier this week, Maxwell, 60, a longtime associate of sex offender Jeffrey Epstein, was found guilty of trafficking young girls for the billionaire to abuse.

Andrew, 61, has also been accused of being involved in Epstein’s criminal activities, with Virginia Roberts, also known as Guiffre, claiming she was forced to have sex with the duke.

Andrew has repeatedly and categorically denied he had any form of sexual contact or relationship with Ms Guiffre.

On Tuesday, a New York Court will decide if Ms Guiffre’s civil lawsuit against Andrew can proceed to trial.

Andrew’s lawyers are currently preparing for the hearing during which they will seek to have the case thrown out.

The royal’s lawyers argue that Andrew is protected from litigation under a sealed settlement agreement Ms Giuffre signed with Epstein which is said to show that she agreed not to pursue legal action against the financier’s associates, the Times has reported. 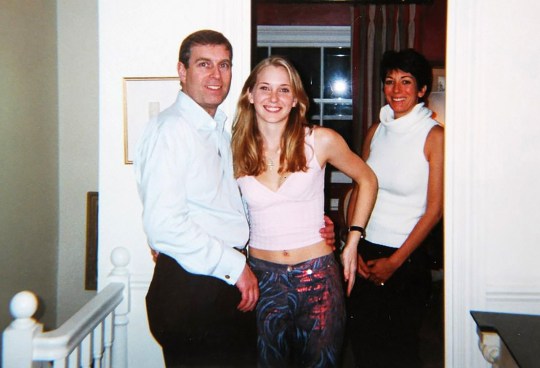 Prince Andrew has been accused of crimes by Virginia Guiffre but he denies having met her and has cast doubt on the authenticity of this picture (Picture: REX/Shutterstock)

Federal judges in the US have ordered the agreement to be unsealed next Monday – a day before a hearing.

Andrew’s lawyers also claim that because Ms Guiffre now lives in Australia she is not eligible to pursue a legal case through the US court.

But Ms Giuffre’s team say the settlement agreement was irrelevant and Ms Guiffre will be able to establish that she is a resident of the US, as required

Map reveals where UK house prices are rising the fastest


In the wake of Maxwell’s trial, during which Ms Guiffre was named as a victim, legal commentators have speculated the effect it would have on the suit against Andrew.

But the royal’s lawyers have reportedly insisted that it would have no impact on the case.

Lisa Bloom, a lawyer who has represented some of Epstein’s victims, said following Maxwell’s case Andrew ‘should be quaking in his royal boots’.

She has also said the guilty verdict has left the Duke in a position where he is now ‘a self-confessed friend of a child sex trafficker’ following comments he made in a 2019 Newsnight interview with Emily Maitliss.