In the 19th century, the many Great Surveys that the British carried out—Geological, Botanical, Zoological, Trigonometric, to name a few—to understand the nature of the territory they were in the process of purloining resulted in the arrival of Western-style science to the Indian subcontinent.

India, of course, had earlier developed its indigenous scientific tradition over many centuries, but British rule emphasized doing science in ways that Westerners were familiar with. The founding of the first Western-style universities in Calcutta, Bombay and Madras furthered the cause of Western-style science in India.

And by the early 20th Century, Indian science had entirely remade itself into an Asian outpost of the Western science apparatus. JC Bose, SN Bose, Meghnad Saha, Sir CV Raman (28 February is celebrated as National Science Day to mark the discovery of the Raman Effect on this day) and many others excelled at it and proved beyond doubt that Indians could do science very well indeed, something the British had been sceptical about.

With the arrival of independence in 1947 and given that Jawaharlal Nehru was committed to taking the path of technology and industrialization for India’s progress, science enjoyed a pre-eminent position in the scheme of things. The founding of various national laboratories, research institutes and engineering and medical colleges were all geared towards enhancing India’s status in the world of science.

Amulya KN Reddy, who was born in 1930 in Bangalore, was undoubtedly a product of the great hope that the first flush of Indian independence brought. His early journey in science was along predictable lines. Reddy completed his Master’s in Chemistry from Central College, Bangalore and taught there briefly before proceeding to Imperial College, London for a doctorate in electrochemistry.

On his return in 1958, he found work at the Central Electrochemical Research Institute in Karaikudi in Tamil Nadu. What followed was a period of disillusionment owing to the poor work climate there which prompted Reddy to go to the US this time round. He arrived in Philadelphia in 1961 to take up a post-doctoral fellowship.

After a few years there, the pull of home proved to be too strong and he returned to India in 1966 and began teaching at the Indian Institute of Science (IISc). Acclaim for his work soon followed, especially with the publication of an important textbook on electrochemistry in 1969. The stage was all set for a staid career in academia.

But 1973, as Reddy puts it in an autobiographical fragment, was ‘a year of personal crisis’. A magnesium-manganese dioxide system that Reddy and his colleagues had developed was deployed for a defence project on the China border, causing Reddy much personal distress given his anti-war views. Secondly, academia too seemed to have reached a dead end. The ambitions he had vis-à-vis his students and colleagues were doomed never to fructify for various reasons, was Reddy’s cold assessment.

During this time, he happened to attend a lecture on ‘Poverty of India’ by the economist, professor CT Kurien. Among other things, this lecture and readings prompted by it, shattered Reddy’s belief in the Nehruvian dictum that more industrialisation would mean less poverty.

The evidence seemed to indicate that things hadn’t turned out that way.

Reddy began to search for answers and began to look critically at the way Western technology was being deployed in India. He wondered, as he states, if ‘an attack on poverty required a different science and technology, an “Asian Science”.’ He began arguing against the elitist pattern of industrialization and press the case of ‘an alternative pattern of capital-saving labour-intensive technologies of relevance to the rural poor’.

ASTRA’s initial days were both promising and bumpy. It created a vision for itself and found many takers for it among scientists and engineers, at an individual level. It also initiated many studies, especially in the area of energy. But the mainstream Indian scientific establishment remained opposed to it. The idea of scientists applying their energies to the cause of rural technology became a source of mirth and derision. National and international acclaim for Reddy only served to heighten the resentment and stonewalling.

One of ASTRA’s first accomplishments was a 1974 paper on biogas plants which argued that the official biogas programme based on family-scale biogas plants was not feasible and argued for community biogas plants instead. This displeased the bigwigs of the national biogas programme who took the view that ASTRA was intruding into their territory. But still, ASTRA found new allies and pressed ahead. Among others, KN Raj at the Centre for Development Studies (CDS), Thiruvananthapuram reached out and this led to Reddy serving on the board of CDS for close to two decades.

Another institution that Reddy was instrumental in founding was the Karnataka State Council for State and Technology (KSCST). The KSCST was instrumental in organizing a number of programmes for students of engineering and science throughout the state.

In 1975 Reddy went on sabbatical to the United Nations Environment Programme (UNEP) at Nairobi, Kenya, where he was asked to develop a conceptual framework for environmentally sound and appropriate technologies. There he also concluded that development could not be equated with mere economic growth (as measured by GDP). To put in his own words, ‘Genuine development is a process of economic growth that is directed toward equity—the satisfaction of basic needs, starting with the needs of the neediest; empowerment—the strengthening of self-reliance; and environmental soundness—harmony with the environment.’

Clearly, his thinking was contrarian and he was opting to oppose the dominant discourse of that time.

On his return in 1976, Reddy plunged into ASTRA yet again. He could have opted for a cushy UN posting, but did not. Over the next few years, ASTRA worked in the areas of bio-energy, biogas, fuel efficient stoves and driers, water purification, renewable energy and low-cost buildings. Much of the work was done in Pura and Ungra, villages about 100 kms from Bangalore. The work attracted much attention and support.

Reddy’s work through ASTRA also led him to question the existing thinking about energy production and consumption. The existing approach which he termed growth oriented supply-side consumption directed (GROSSCON) was environmentally unsustainable and bypassed the needs of the poor, he recognized as being faulty. The alternate paradigm was known as development focused end use oriented service directed (DEFENDUS) which he and three others laid out in their 1988 book, Energy for Sustainable Development. His energy expertise was globally recognized winning him several awards. Eventually, in 1991, the International Energy Institute was set up to promote the efficient production and use of energy for sustainable development, particularly in developing countries.

For the last decade of his life, opposition to nuclear weapons was an important concern. He was one of the few established names who came out strongly against Pokhran II. In November 1999, he participated in a people’s convention against nuclear weapons. In one of his last articles before his death in 2006, he wrote against the India-US deal on nuclear power, making a connection between nuclear power and nuclear weapons, a connection many did not want to make.

Amulya Reddy chose to imagine and practice a different science. To move away from the rarefied heights of academia and work at solutions that would directly touch the lives of ordinary people was a choice that he made. It was also something of a personal sacrifice.

His stress on environmental sustainability at a time when it had still not come into popular conversation is an indication that he foresaw the destruction that blind devotion to ‘growth’ paradigms would bring. His was a life in science nonpareil. 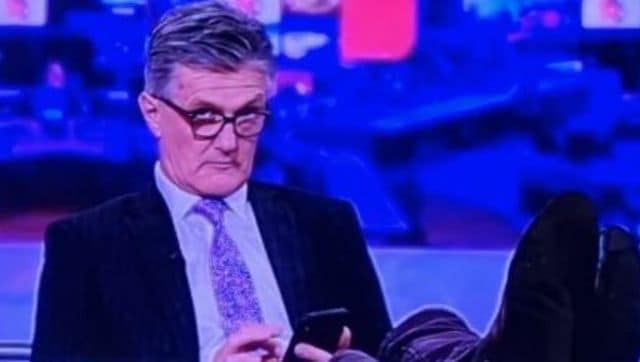