The sudden spike in COVID-19 cases in Delhi comes amid the festive season and rising pollution levels. On Wednesday last week, Delhi recorded its highest single-day spike of 8,593 cases 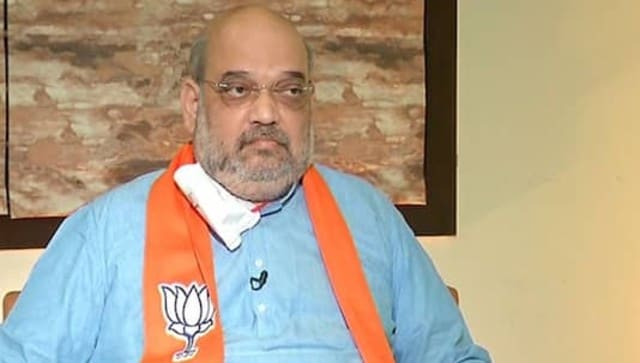 New Delhi: With a spike in the number of Coronavirus

cases in Delhi, Union Home Minister Amit Shah will review the situation arising due to the surge of the infection in the National Capital on Sunday, officials said.

cases in Delhi and discuss ways to deal with it, a home ministry official said.

On 2 November, a meeting convened by Union Home Secretary Ajay Kumar Bhalla had attributed the third surge in coronavirus

cases in Delhi to festivals and a greater movement of people, accompanied by laxity in adhering to the basic principles of COVID-appropriate behaviour.

However, Kejriwal last week blamed pollution for the spike in the cases. The meeting chaired by Bhalla had resolved that efforts would be made for testing, contact-tracing and treatment, especially in the critical zones.

It also emphasised that travel by metro should be carefully regulated, in accordance with the standard operating procedures (SOPs).

While the numbers of fresh COVID cases and active cases are going up, the administration is focussing on testing, contact-tracing and treatment.

At Sunday’s meeting, a strategy is expected to be devised to contain the spread of the virus in Delhi, especially in view of the festive season and the decreasing temperatures, accompanied by rising pollution.

cases and 96 more deaths due to the disease on Saturday.

The fresh cases were detected from 49,645 tests, including 19,635 RT-PCR and 30,010 rapid-antigen tests, conducted on Friday. The positivity rate in the city was 14.78 percent, according to a bulletin issued by the Delhi health department.

The highest single-day spike of 8,593 cases and 85 fatalities were recorded on Wednesday. On 12 November, the number of deaths was 104, the highest in over five months.

The total number of cases has now climbed to 4,82,170 in Delhi, while the city’s death toll due to the disease stands at 7,519. The tally of active cases rose to 44,456 in the national capital on Saturday. The recovery rate stood at over 89 percent.

The number of containment zones in Delhi was 4,288 as on Saturday.

The sudden spike in coronavirus

cases comes amid the festive season and rising pollution levels. While Durga Puja celebrations ended on 25 October, Diwali was on Saturday and Chhath later this week.

The National Centre for Disease Control, in a report drafted recently, had warned that Delhi needed to be prepared for about 15,000 fresh COVID-19

cases per day, taking into account the winter-related respiratory problems, a large influx of patients from outside and festive gatherings.

In June, when the number of COVID-19

cases was on the rise in Delhi, Shah had swung into action after criticism in different quarters of the Delhi government’s handling of the crisis.

At that time, there were complaints of non-availability of beds in hospitals and difficulty in getting tests done in laboratories.

The home minister improved the facilities by increasing the numbers of daily testing, hospital beds and setting up temporary hospitals and COVID care centre.

A committee set up by Shah also fixed the rates for testing, beds in private hospitals, ICUs and isolation beds.

At a meeting on 18 June, the home minister had said a common strategy should be framed for Delhi and the National Capital region (NCR) to tackle the coronavirus

pandemic and added that suburbs like Gurgaon, Noida and Ghaziabad cannot be separated from the national capital in this battle.