ALAN Carr wasn’t his usual smiley self as he was seen for the first time today following his split from Paul Drayton.

The 45-year-old was still wearing his wedding ring as he stepped out to grab a coffee this morning and take a stroll after announcing his sad news earlier in the week. 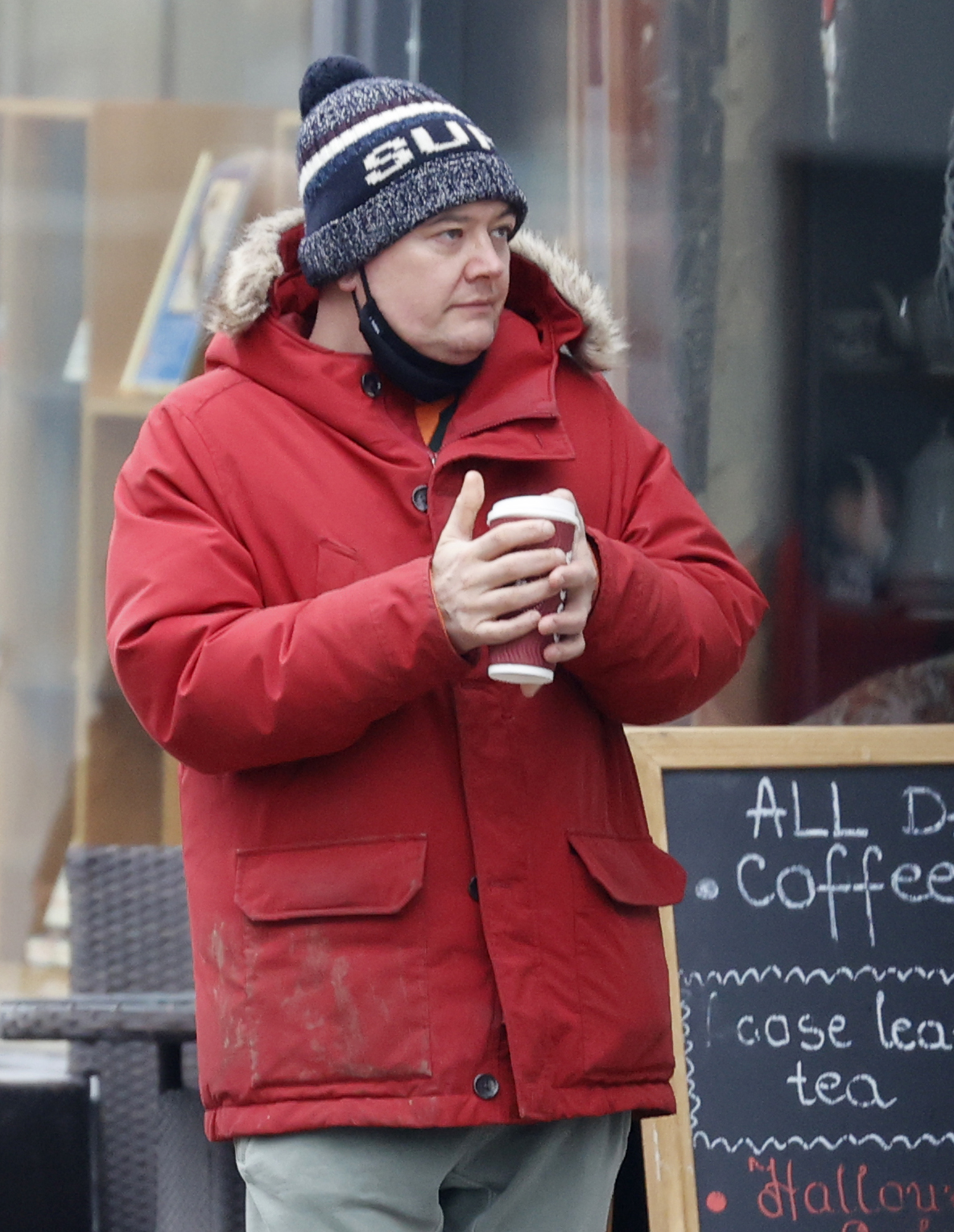 The star looked downcast during his morning strollCredit: CLICK NEWS AND MEDIA

The funnyman and the party planner released a joint statement on Friday morning to confirm they are ending their three-year marriage.

It was later reported that the relationship never recovered after Paul shared a photo of his black eye and claimed “we had a row”.

At the time Paul deleted the shocking image as Alan insisted he was not responsible for the injury.

He said Paul, 49 — who went into rehab following their wedding in 2018 — had gone back on the booze.

Paul revealed on Friday that he had checked into rehab again.

He told fans: “As part of my own journey, I proactively checked myself into a rehabilitation facility at the turn of the new year in order to get the help and support I need during this challenging time.”

Paul went on to detail how this was “not an easy step to take” but was aware it “was the right one going forward” for himself and Alan.

“These last couple of years have been challenging to say the least, as they have been for so many others,” he went on.

“I remain deeply committed to my journey of sobriety and strength. I thank you all for your kindness and support. Peace and love.”

The break-up comes as Paul faces jail for drink-driving after crashing his car following a public battle with alcoholism.

He was allegedly four times over the drink-drive limit when he reversed into a cop car – narrowly missing a mum with a pram.

A statement released by Alan’s representative read: “After 13 years as a couple and three years of marriage, Alan Carr and Paul Drayton would like to announce they are separating.

“They have jointly and amicably made the difficult decision to divorce and go their separate ways. We request that their privacy is respected at this sensitive time.”