A plant supplying auto parts to Hyundai’s flagship factory in the US was accused of using child labor (Picture: Reuters)

SMART Alabama LLC, located in Luverne, has employed underage workers – some as young as 12 – in heavy industrial capacity to supply parts for Hyundai cars manufactured at its US flagship plant in Montgomery, Reuters reported on Friday.

SMART did not deny employing children but instead issued a statement denying ‘any allegation that it knowingly employed anyone who is ineligible for employment’.

The company instead blamed outside temporary work agencies it uses to staff its factories. 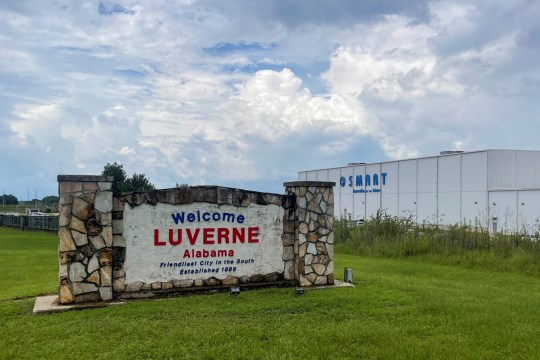 A welcome sign stands next to the SMART factory in Luverne, Alabama (Picture: Reuters)

The plant build parts for the Elantra, Sonata, and Santa Fe models, three of Hyundai’s most popular cars. They account for 37% of all Hyundai sales in the US.

The child labor allegations came to light after a 13-year-old went missing in the small town of Enterprise.

The now 14-year-old girl, a Guatemalan migrant, was eventually found after an amber alert was issued.

The girl was the daughter of Guatemalan migrant Pedro Tzi. She and her two brothers – one aged 12 and the other aged 15 – were all previously employed at the factory and were not going to school. 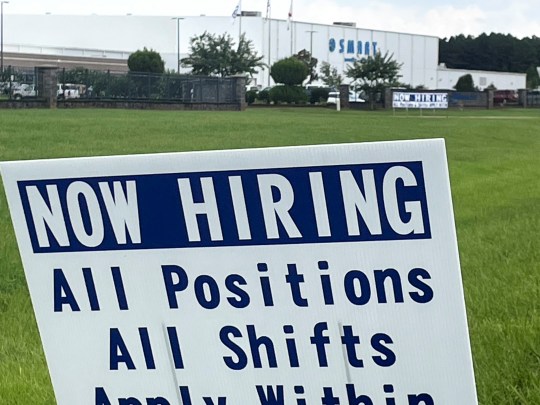 Tzi said that the children were working because the family needed any money it could get, and that he regretted sending them to work at SMART.

‘All that is over now,’ he said. ‘The kids aren’t working and in fall they will be in school.’

The girl and her siblings were only a small number of the underage workers employed at SMART, according to interviews with 12 current and former factory employees.

One anonymous employee said they counted at least 50 underage children working at the factory.

Public records show that SMART has paid tens of thousands of dollars in fines to the Occupational Safety and Health Administration.