LOS ANGELES — Two million. That’s the number of unvaccinated people in Los Angeles County — more than three times the population of Wyoming, and a commentary on the sheer scale of the county, the nation’s most populous by far. It’s also an indicator on how vulnerable Los Angeles remains to the coronavirus.

Vaccine skepticism in Los Angeles County, where 72 percent of eligible residents are fully vaccinated, is bipartisan. Vaccination rates are markedly lower in both more conservative areas like Antelope Valley, on the edge of the Mojave Desert, where they go as low as 34 percent, and in solidly Democratic neighborhoods like Watts, in south-central Los Angeles, where 56 percent of the eligible population is fully vaccinated.

When the history of the pandemic is written, let’s hope the author comes to the gymnasium turned vaccination center on the corner of Success Avenue and East 103rd Street in Watts and meets the staff members who applaud each time someone walks in to get a shot. The stories that the staff of the Los Angeles County Department of Public Health tell after seven months in the gym are vital to understanding how mistrust lies at the heart of vaccine hesitancy — and how it can be overcome with enormous dedication and judgment-free persistence.

After two days at the vaccine clinic last week, one story in particular stands out: When the site opened on June 15, Bolour and his colleague Cynthia Key, a nurse, approached members of a low-rider club who gathered at the edge of Ted Watkins Memorial Park, named after a Black civil rights leader and union activist.

Key and Bolour chatted and took pictures of the sparkling cars. Then they returned. Day after day after day. When they gently brought up the topic of the coronavirus and the vaccine clinic in the gym at the other end of the park, they were met with suspicion. But they made friends. They came back with candy and $5 gift cards from a local supermarket, rewards for a vaccine trivia quiz that they devised.

A number of weeks passed and they heard that one member of the car club had gotten vaccinated. Then another. By October — after four months and numerous visits to the parking lot — all three dozen men who regularly met there had received their vaccines.

Staff members from the vaccination clinic say they hear many reasons for hesitancy from the unvaccinated. Some say they fear it will alter their DNA or contains a microchip that will track them, two unfounded ideas. Others cite the infamous Tuskegee study. Still others say they were skeptical they would be receiving a real vaccine.

Key, who is Black, was once told, “As an African American woman, why are you pushing this if you know they are putting poison in our arms?”

Barbara Ferrer, the head of the county’s public health department, describes the campaign to convince vaccine holdouts in terms that evoke a kind of medical trench warfare, house to house, block by block, one skeptic after another.

In earlier phases of the pandemic, her main focus was making sure everyone had access to vaccines. Now she says it’s willingness, not access, that is the main problem.

It’s an increasingly urgent problem. The Omicron variant is having its way with Los Angeles. Daily cases are 10 times what they were a month ago. Over the weekend the Department of Public Health reported 66 deaths in a single day, the highest level recorded since April. More than a dozen hospitals last week turned away ambulances because they were overwhelmed.

But vaccine hesitancy, Ferrer says, is something much broader than just a single medical issue. She describes it as a window into a broken relationship between government and the governed, one that is starkly on display on the streets around the vaccination site in Watts where I met Ferrer last week.

“I think we have to be honest with ourselves as a country,” Ferrer said. “We are paying a very steep price for decades of neglect.”

“For some in our communities there really is a long, long history of not being able to trust government because government hasn’t done right by them. It’s not rooted in hate, or in politics. It’s rooted in — I’m not sure government has my back.”

In one of the starkest measures of vaccine hesitancy, the staff at the Watts vaccine clinic did not need to travel that far to find skeptics. Some in their own ranks were refusing to get vaccinated.

Devonta Stewart, who works as a security guard at the vaccine site, resisted getting vaccinated for months because his wife said he would get sick from it. Stewart agreed to get the shot only when his security company threatened to fire him.

Bolour had him over to his house for a steak dinner after he got the shot.

That kind of dedication is bursting from the walls of the gymnasium, which is decorated in brightly colored balloons and a play area with an eight-foot cutout of Big Bird pasted on the wall.

“We’ve made it festive,” said Barbara DeRidder, the site supervisor, who contributed toys that her grandchildren outgrew.

Two staff members tasked with running the site’s computer system learned from YouTube videos how to twist balloons into party favors for the youngest children — swords for the boys and flowers for the girls. On Thanksgiving they figured out how to make a turkey out of balloons. In August the staff handed out free tacos.

“A lot of people come in and think they are in the wrong place,” said Thaer Romaneh, one of the I.T. specialists. “It’s so cheerful in here.” The workers pooled together $130 of their own money to buy the balloons.

More than 14,000 shots have been administered in the gym since the vaccine site opened in June, an average of about 66 people a day.

What’s the secret to persuading people to get vaccinated?

“A lot of it is really good eye contact and listening really well,” Bolour said.

“It’s persistence,” he said. “They see us out here. They get to know us. They get to see we are normal people.”

Thomas Fuller is the San Francisco bureau chief for The New York Times.

“Pacific Grove is Carmel’s black sheep cousin who went to Woodstock. Like Carmel there are beautiful waterfront walks and a small but lovely beach. Unlike Carmel, there are midlevel reasonably priced waterfront motels. The shopping and dining scene is excellent but eclectic — Birkenstock and boho to Carmel’s Manolo vibe. It’s 15 minutes further to the fabulous waterfront state parks, but also 15 minutes closer for heading home to San Francisco.”

Tell us about your favorite places to visit in California. Email your suggestions to CAtoday@nytimes.com. We’ll be sharing more in upcoming editions of the newsletter.

Health workers: How are you coping with Omicron?

And before you go, some good news

There’s long been a zero-waste movement in the Bay Area, but it was starting to hit the mainstream before the pandemic.

But when public health ordinances forbade the use of reusable cups and shopping bags at stores, customers turned to online shopping.

Packaging from takeout meals and online purchases while San Franciscans sheltered in place increased the city’s residential waste by 6 percent between May 2019 and May 2020, The San Francisco Chronicle reports.

Eventually, however, it became clear that surfaces were not the main vector for the spread of the coronavirus. Sales at zero-waste stores — which sell cleaning products or hand soap that customers can pour into their own repurposed containers — started to soar.

Thanks for reading. We’ll be back tomorrow. 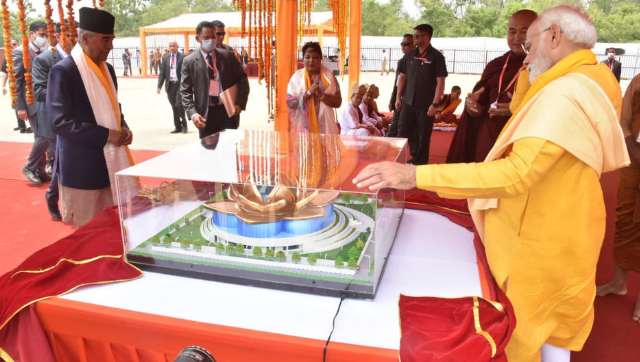