As we bid adieu to 2021, here’s a look at the major events that probably history will give space in the future

The major happenings in India and abroad that left a mark on the outgoing year, also, tend to have prominent impacts in the coming year. As we bid adieu to 2021, here’s a look at the major events that probably history will give space in the future.

In Kerala, the incumbent Left Democratic Front retained power with a thumping margin. The CPM-led LDF broke a four-decade tradition of no-incumbent getting re-elected and won 99 out of the 140 seats in the assembly polls.

The Congress faced infighting among its party cadres in Punjab, Chhattisgarh and Rajasthan. While the grand old party’s high command managed to tackle the situation in Chhattisgarh and Rajasthan, things took an ugly turn in Punjab. The state’s chief minister Captain Amarinder Singh resigned from his post and later from the party following his long-standing power tussle with Congress leader Navjot Singh Sidhu. Replaced by Charanjit Singh Channi, Amarinder Singh has now joined hands with the BJP and hopes to turn the tide in the upcoming assembly elections in Punjab.

Violence at Red Fort and in Lakhimpur Kheri

On 26 January, thousands of farmers agitating against the three contentious farm reform laws had clashed with the police in the national capital. The violence erupted during a tractor parade that was taken out by the protesting farmers to highlight their demands. Driving the tractors, many of them reached the Red Fort and hoisted a religious flag entering the monument. The incident left more than 500 police personnel injured.

In Uttar Pradesh’s Lakhimpur Kheri, eight people including four farmers were killed after being run over by an SUV on 3 October. The car allegedly belonged to Ashish Mishra, son of Union Minister of State for Home Ajay Mishra Teni. Later, Ashish and 12 others were arrested after the Supreme Court pulled up the Yogi government for not taking action against the accused. The incident turned into one of 2021’s biggest political issues following nationwide condemnation.

The Union Cabinet headed by Prime Minister Narendra Modi underwent a major reshuffle in July 2021. With Jyotiraditya Scindia being given the high-profile aviation ministry, the revamp also saw some of the big names being dropped. The high-profile ministers who stepped down included Dr Harsh Vardhan, Ravi Shankar Prasad, Prakash Javadekar and Ramesh Pokhriyal Nishank among others.

Farm laws repeal by the Centre

The three controversial farm reform laws at the heart of unprecedented protests by farmers for more than a year were eventually withdrawn following an announcement by Prime Minister Narendra Modi on 19 November, 2021. The Centre, who held as many as 11 rounds of discussion with the agitating farmers and even offered to amend the laws, failed to achieve a breakthrough. The rollback of the farm laws is seen as a politically expedient move for the BJP ahead of the assembly elections in Punjab and Uttar Pradesh.

The year 2021 also saw several political rumblings around the world, and in many ways, some of them also changed the political narrative forever. Here are a few events that dominated headlines across the world this year.

Former US President Donald Trump’s attempt to reverse the 2020 US presidential election results took a dangerous turn on 6 January when an armed mob of his supporters stormed Capitol Hill just as Congress convened to validate Biden’s win.

The mob managed to get past the guards and enter the Senate. The rioters clashed with police, smashed windows and even looted the office used by House Speaker Nancy Pelosi and other representatives. The violence, which led to five deaths, was seen as one of the worst security breaches in the country’s history.

Joe Biden assumed the US Presidency on 20 January this year, amid heavy security concerns after the Capitol Riots. The 79-year-old politician became the 46th President of the United States, making him the oldest person to assume office.

Apart from Biden, Kamala Harris was also sworn in as the country’s first female, South Asian and Black vice-president.

On 15 August, the Taliban entered Kabul, soon after Afghan President Ashraf Ghani had fled the country for the United Arab Emirates. The group captured Kabul just days before US troops were set to exit the country.

The Taliban’s resurgence to power came after a two-week blitzkrieg in which they captured all major cities including Kandahar, Mazar-e-Sharif, Ghazni and Herat. The insurgent was earlier in power from 1996 to 2001, before it was driven out by US troops as part of its campaign against terrorism.

Since gaining power, the Taliban has re-imposed various restrictions on women, including barring them from most jobs and forbidding women to travel long distances without a male escort.

The Taliban government in Afghanistan has yet to gain international recognition. Afghanistan is also experiencing a humanitarian crisis as the US has frozen approximately $9.5 billion in assets belonging to the Afghan central bank.

The new security alliance, known as AUKUS, was widely seen as a move to counter China in the Indo-Pacific region. It also prompted much outrage from France, with French foreign minister Jean-Yves Le Drian terming it “a stab in the back”.

Tensions between Israel and Palestine turned to violence on 3 May, after clashes in East Jerusalem’s Sheikh Jarrah neighbourhood. The clashes were sparked by long-standing efforts by Jewish settlers to evict Palestinians from the neighbourhood.

The violence soon spread to the Al-Aqsa Mosque compound, leading to hundreds being injured. A week after the first clashes took place, Palestinian militant group Hamas began firing rockets from Gaza. Israel’s retaliatory airstrikes led to 11-days of hostilities, marking the deadliest fighting between the two since 2014. As per MoneyControl, 260 Palestinians and 13 Israelis were killed in the violence. 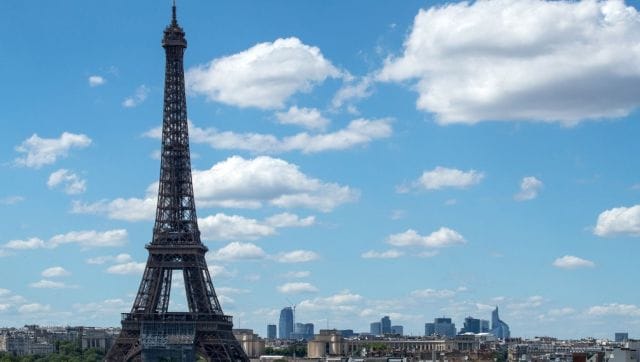