AN ETIQUETTE expert has revealed millions of Brits may be eating their strawberries WRONGLY – claiming the socially acceptable way to enjoy the summer fruit would see you discard stems on the ‘top left’ of your plate.

William Hanson has created a ‘berry’ helpful guide on how to tackle the quintessentially British fruit when in company – including NEVER pouring cream over the fruit.

A ‘strawberry fork’, or a regular one if you don’t have the specific fruity version to hand, should be used in formal or semi-formal occasions to delicately pick up the fruit and pop it in your mouth.

A spoon is only needed to partner the fork if cream, for example, is served with the strawberries.

Formally if strawberries are served with their stems attached, they are eaten with a knife and fork – and it’s fine to cut the stalk off.

However William, who has teamed up with AVA Berries to set the nation right, does concede that in informal situations it’s ‘perfectly acceptable’ to pick up a strawberry by the stem using your hands and eat them whole. 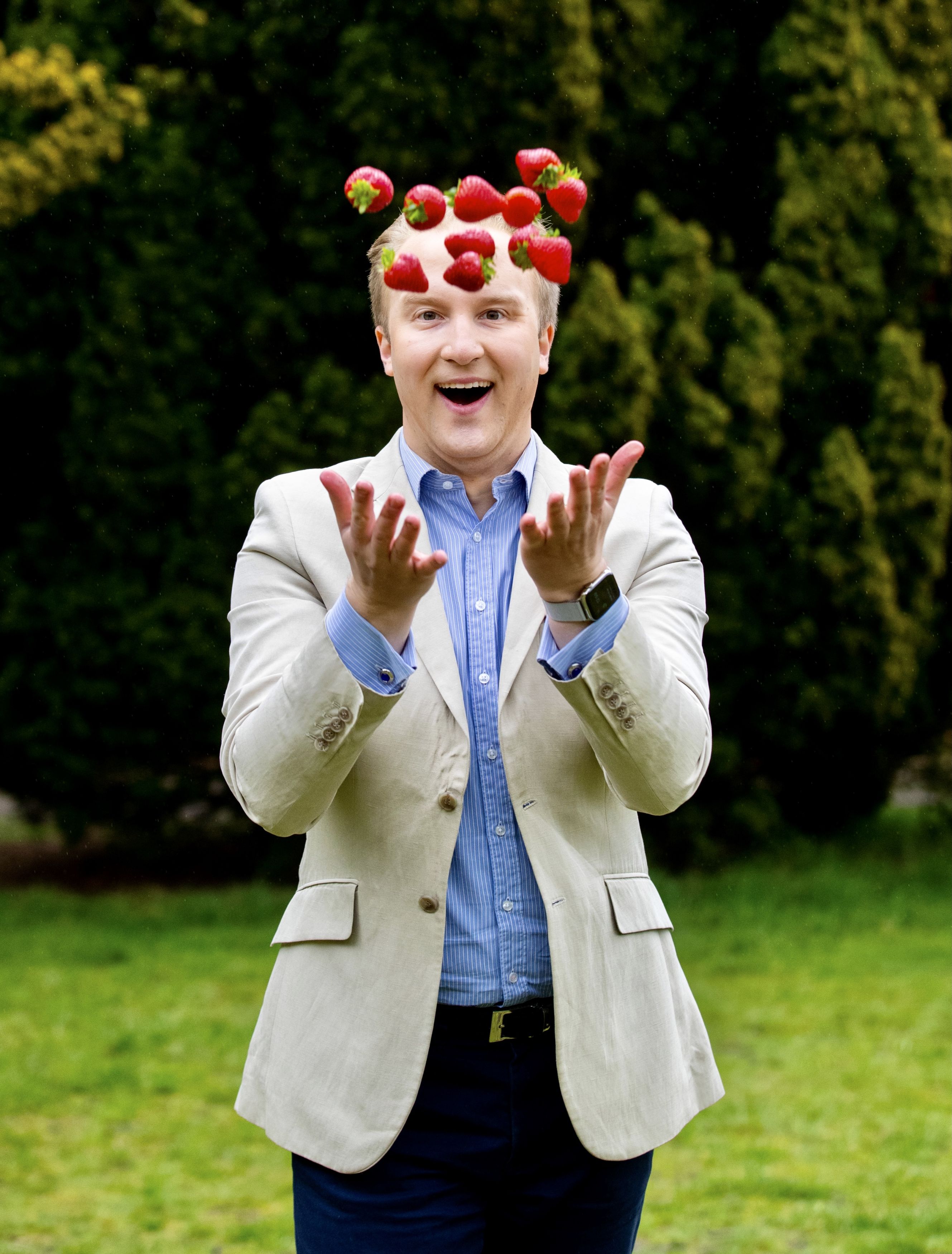 William said you should NEVER pour cream over the fruitCredit: Kennedy News

Discarded stems shouldn’t be simply dumped anywhere on the plate, but should be placed only up on the top left-hand side.

For those worried about tougher centres, there’s no need to hull strawberries before tucking in as William reveals that good hosts will always serve the best fruits on offer that won’t have harder, woodier cores.

Cream or chocolate are optional accompaniments to the juicy main event, but William claims they should be served separately and not pre-poured over the strawberries.

For a regal touch to proceedings William advises eating strawberries, and other fruits and vegetables, when in season like the royal family do. 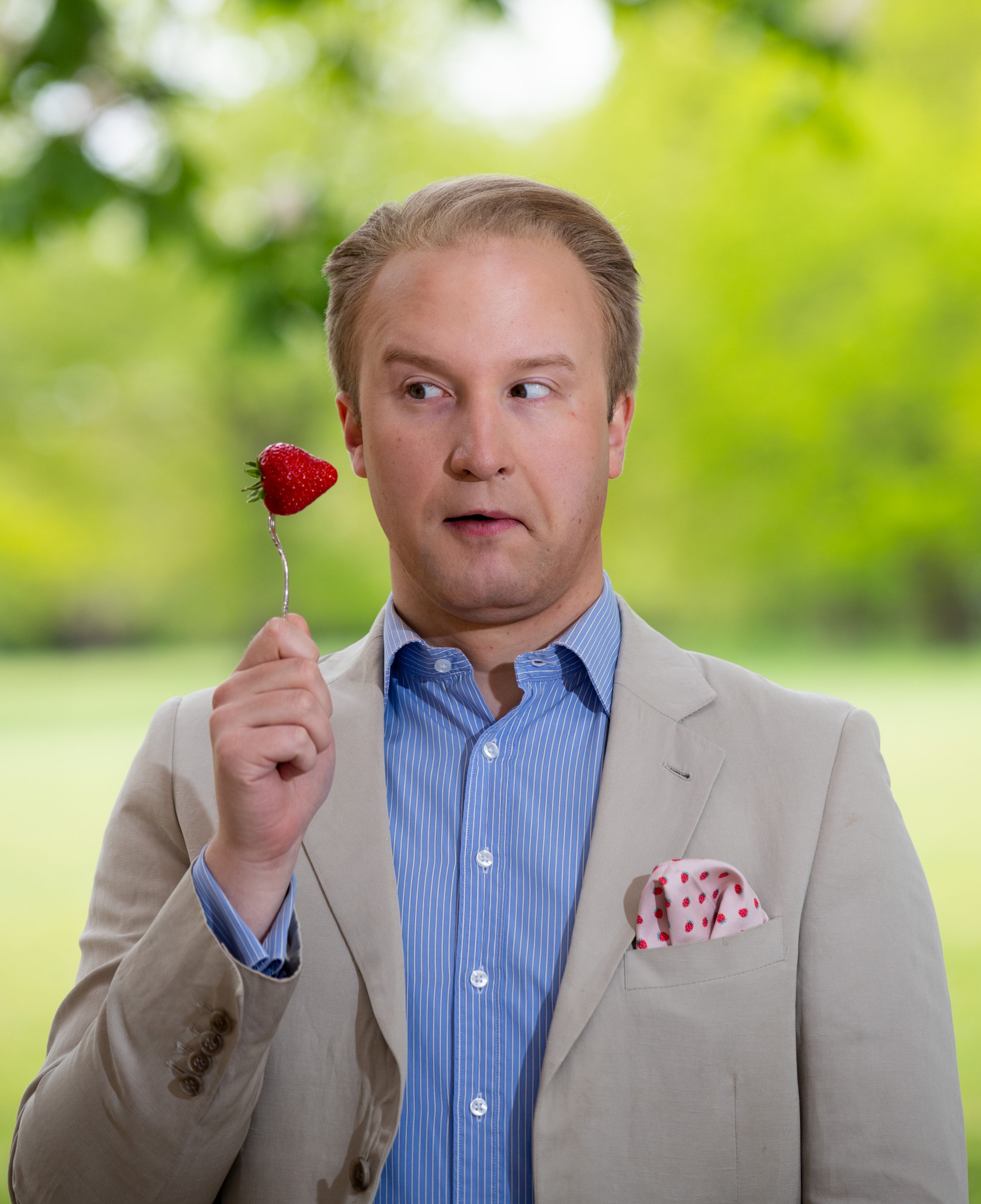 Discarded stems shouldn’t be simply dumped anywhere on the plate, but should be placed only up on the top left-hand sideCredit: Kennedy News

William is adamant that there are definite no-nos when it comes to eating the humble strawberry whether in formal or informal settings.

The leading etiquette expert says it’s ‘never acceptable’ to feed a strawberry to another adult when dining in a formal setting as it can make other diners feel extremely uncomfortable.

And finally, never try to remove a strawberry seed from your teeth with your finger. You should always use a toothpick, and excuse yourself from the table first.

William Hanson said: “Frankly, I was shocked there wasn’t already a dedicated guide on the etiquette of eating one of the most British of fruits, the succulent strawberry.

“However juicy and delicious these fruits may be, it’s important to eat them elegantly – which is why my new guide is timely.

“Even if quality fruit, like AVA Berries, are only available for some of the year displaying good manners is always in season.” 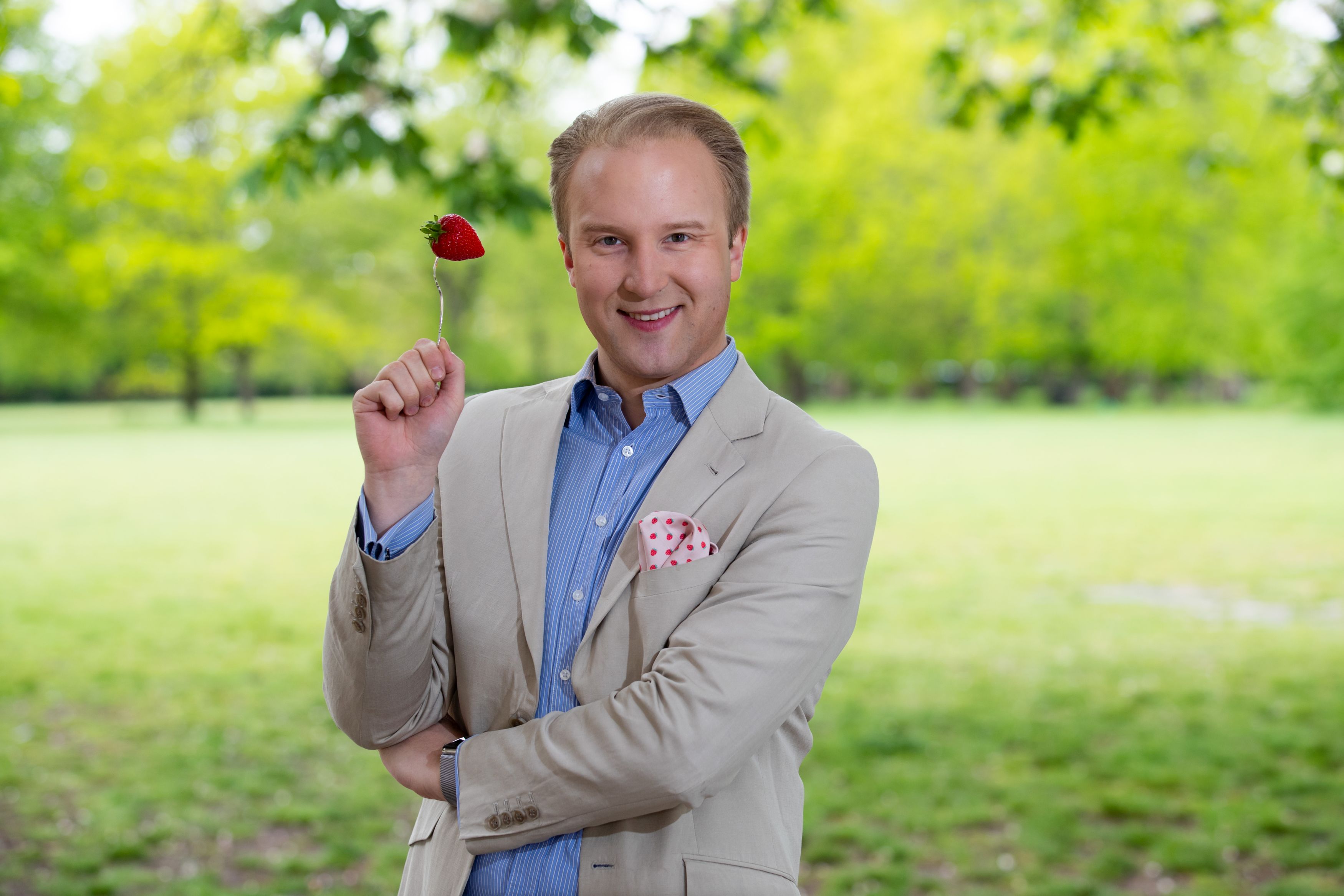 William advises eating strawberries, and other fruits and vegetables, when in season like the royal family doCredit: Kennedy News 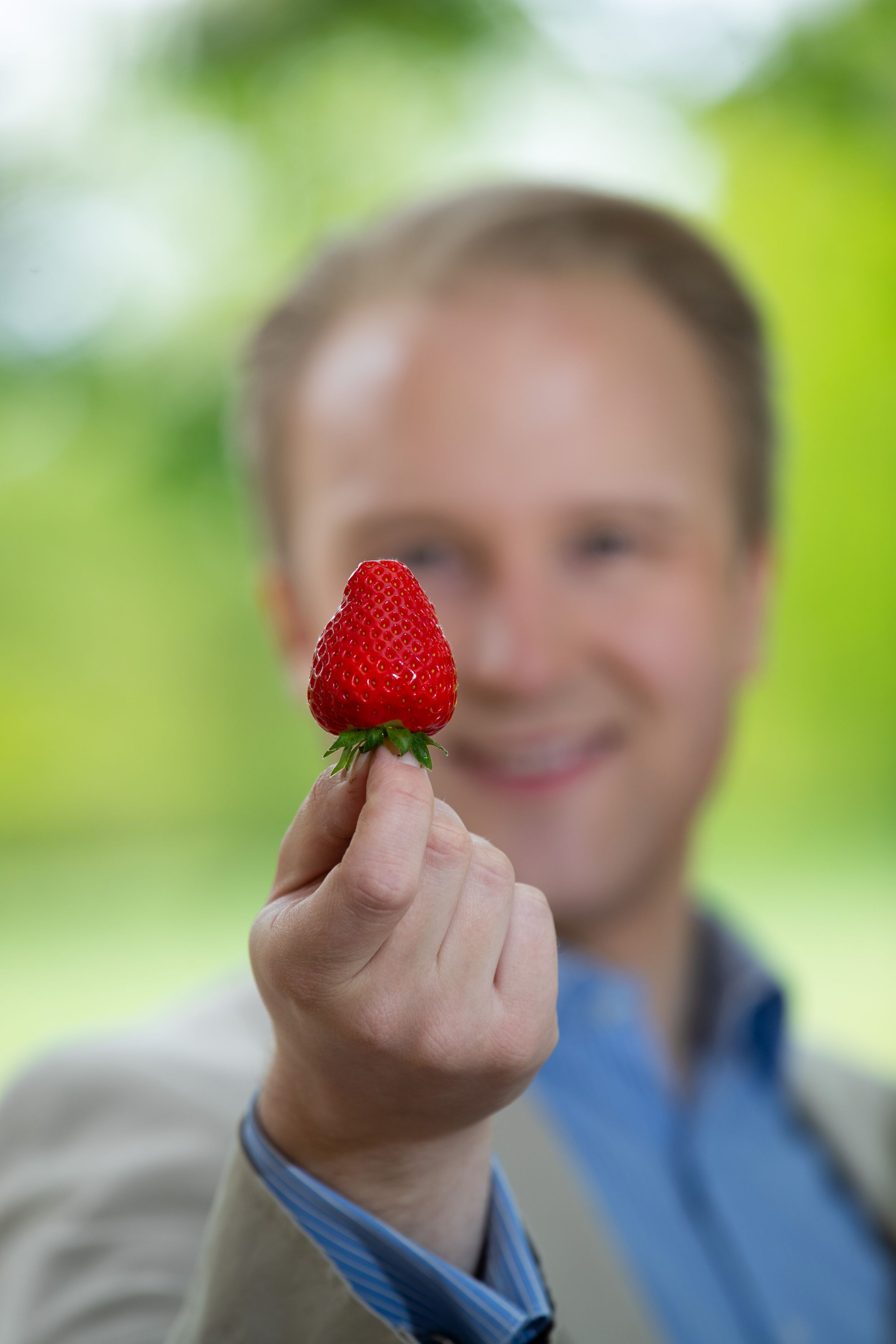 The leading etiquette expert says it’s ‘never acceptable’ to feed a strawberry to another adult when dining in a formal settingCredit: Kennedy News

So quintessentially British is the treat that a whopping 256 million punnets of strawberries were sold in the UK last summer.

June and July proved to be the most popular months with the British public munching through a whopping 20 punnets every second.

AVA Berries offer the best flavour, sweetness and quality and are grown by an exclusive group of growers in the UK to produce exceptional strawberries every time.

“Whether that’s enjoying them at a picnic or when watching Wimbledon, strawberries offer a taste of summer.

“AVA strawberries are the best of the best, which is why we decided to team up with William to help the millions of people that will be looking forward to home-grown strawberries this summer to enjoy them properly.

“Everyone loves a big juicy strawberry, but eating them isn’t without its challenges, so we’re thrilled William has developed the UK’s very first strawberry etiquette guide.

“This will help the British public get the most out of their strawberries and avoid any embarrassing moments this summer.”

AVA strawberries are currently sold as premium lines in some of the UK’s top supermarkets – find them in M&S stores and Aldi’s Specially Selected, Morrison’s The Best, Co-op’s Irresistible, and Sainsburys’ Taste The Difference ranges.

THE DO’S AND DON’TS OF EATING STRAWBERRIES

Do use a regular fork in formal or semi-formal settings.

Do you use a spoon for accompaniments such as cream.

Formally, if strawberries are served with their stems attached, do eat them with a knife and fork.

Informally, when eating large and juicy strawberries do grasp them by the stem, dip them in accompaniments such as cream or chocolate, and enjoy.

Do put all discarded stems on the discard section of the plate – the top left-hand side.

Do eat strawberries when in season.

Don’t remove a strawberry seed from your teeth with your finger. You should always use a toothpick, and excuse yourself from the table first.

William said you are common if you have these six things in your bedroom.

And from ‘bubbly’ to ‘avo’, etiquette expert reveals the 10 words that make you ‘middle class’.