A YOUTUBER shattered his skull in a 100ft bridge jump in Texas after complaining there was “no fun in living a normal life”.

Saa Fomba spent three days in hospital after performing the reckless stunt without a bungee at Pennybacker Bridge in Austin last Monday. 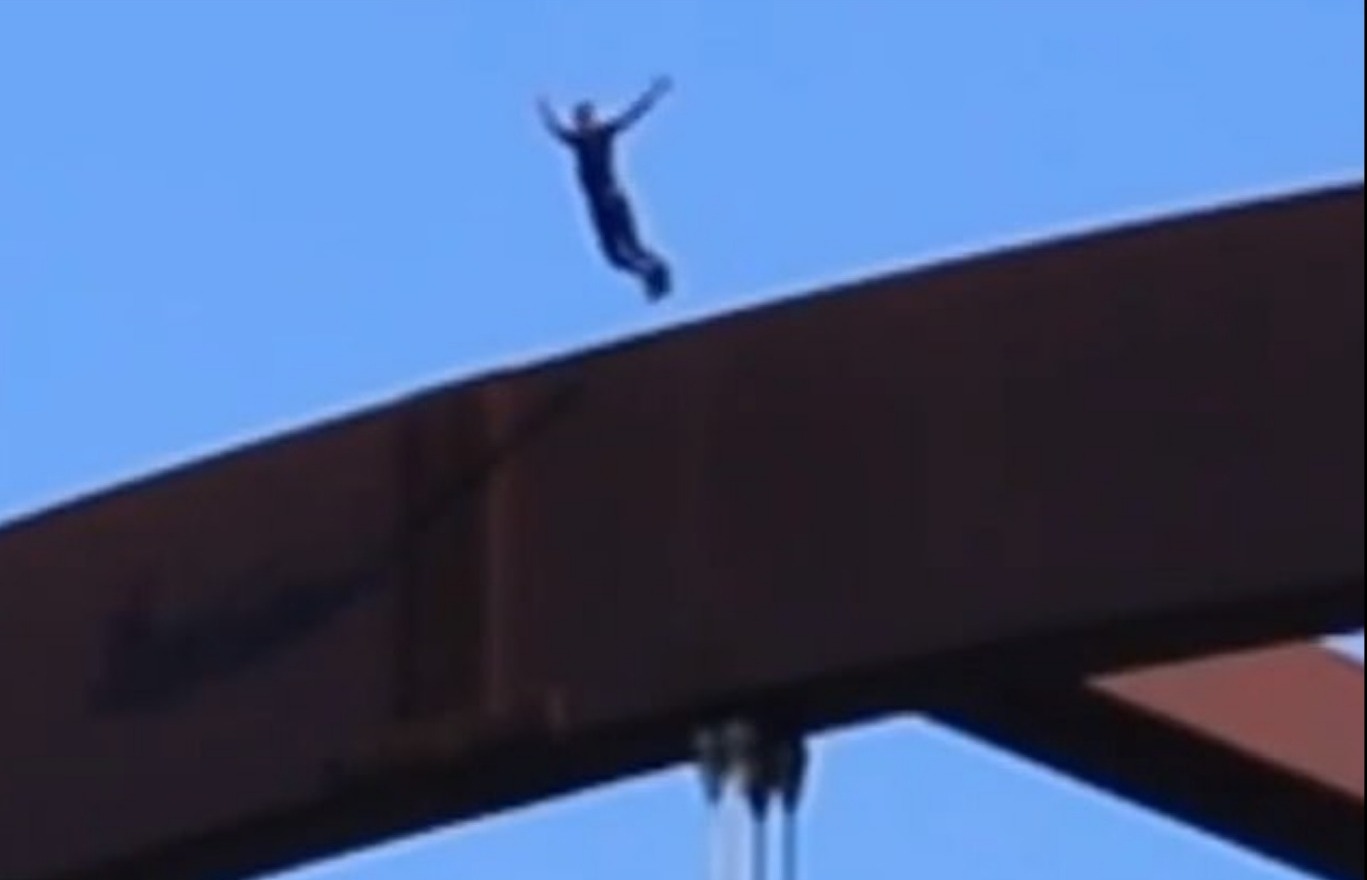 The moment Fomba takes the perilous leap into the Colorado RiverCredit: YouTube/SaaFomba 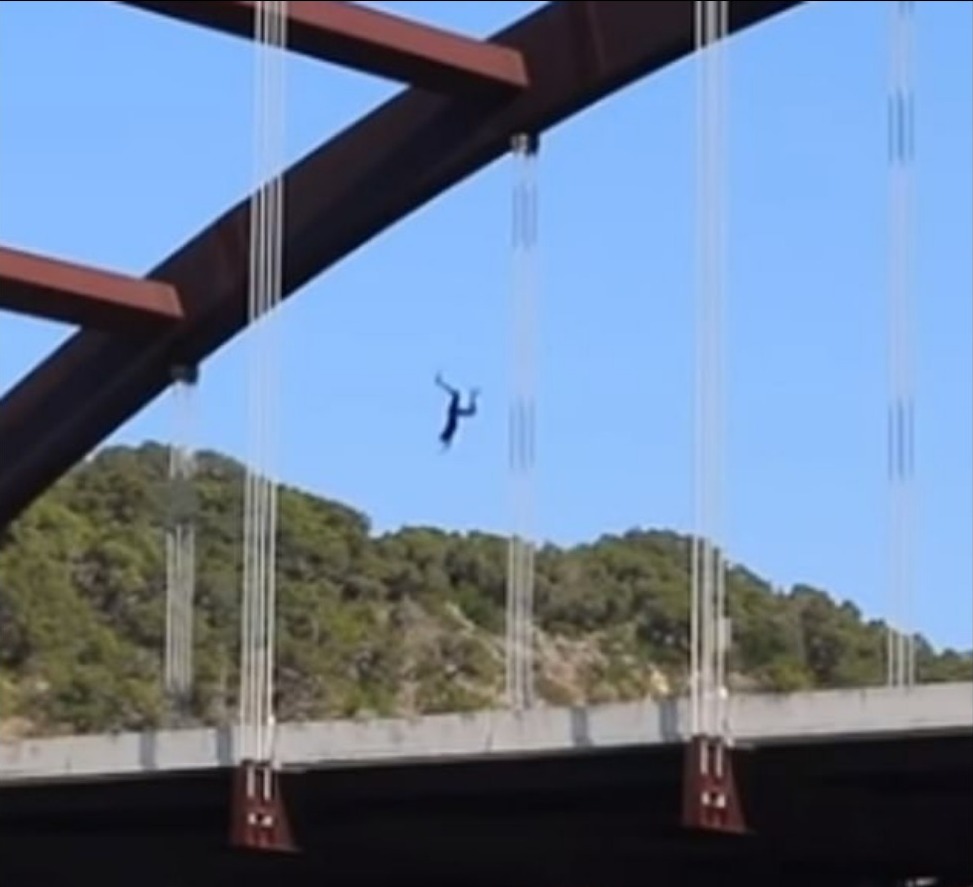 He jumped 100ft into the Colorado River – which is illegalCredit: YouTube/SaaFomba 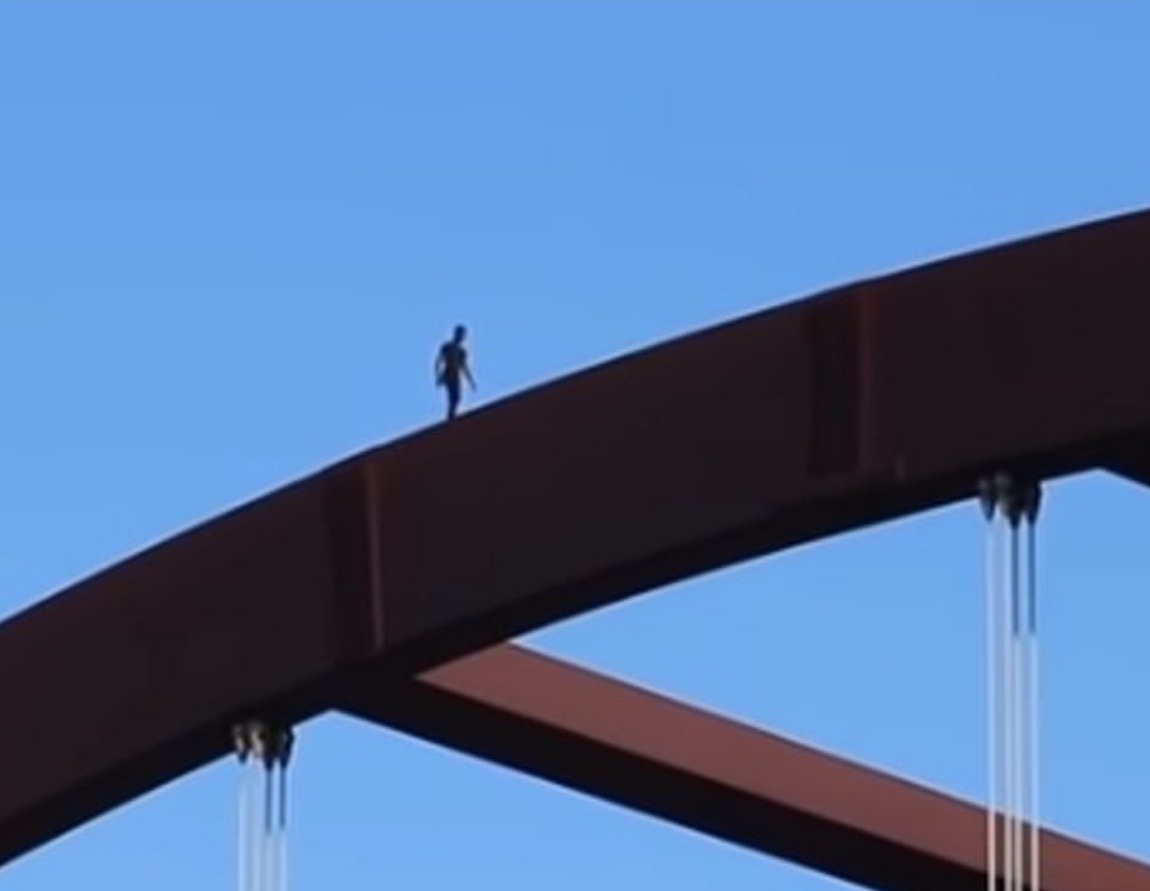 Fomba’s friends filmed him climbing to the top of the arch of the bridgeCredit: YouTube/SaaFomba

The 16-minute video of the perilous jump into the Colorado River, posted on YouTube on Friday, has garnered nearly 55,000 views.

“Hopefully this video motivates you to chase after your dreams,” Fomba says to the camera as he drives to the bridge.

“I don’t see no fun in living a normal life. If you knew my story, you would know how easy it is for me to jump off this bridge.”

Acknowledging the potentially fatal consequence of his actions, he added: “Dying after jumping doesn’t mean you died. You died chasing your dream.”

It is illegal to jump from any bridge over the Colorado River.

“The consequences legally, it’s probably not going to end up too well,” Fomba admits before he arrives at the bridge to start filming.

As his friends film from the ground, the stunt starts with Fomba climbing the huge arch of the bridge over the North Capital of Texas Highway.

After reaching the top, Fomba waves his arms, counts to three and takes the dangerous leap into the river.

He lands with an alarming smack before appearing to emerge from the water in pain.

Fomba flags down a passing boat while shouting “help” and he is brought back to the shore.

The footage shows Fomba lying on the ground next to the river clutching his head as paramedics arrive to treat him. 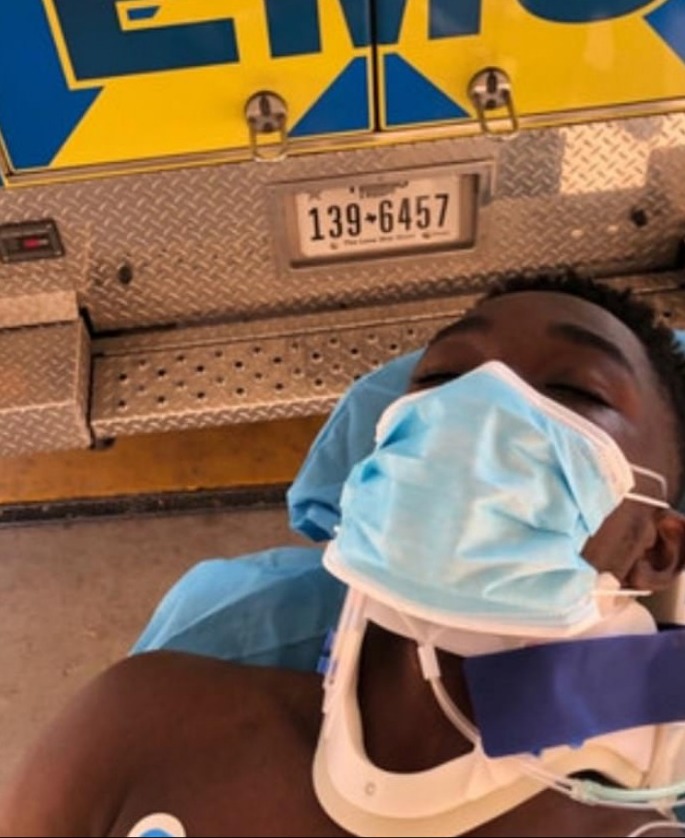 He was taken to hospital where he was treated for three daysCredit: YouTube/SaaFomba 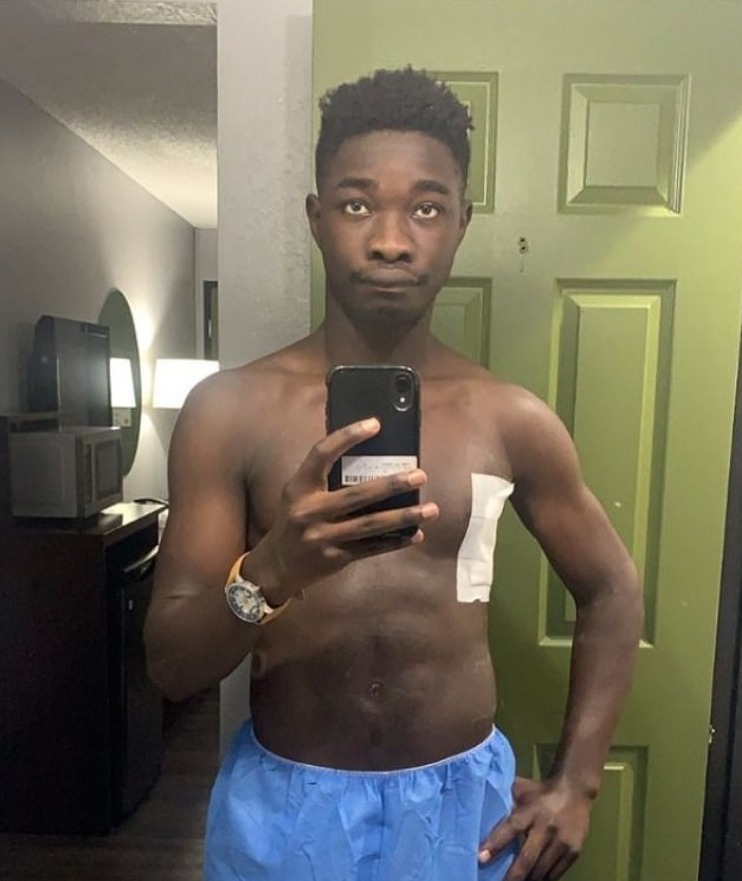 Fomba revealed he fractured his skull in the dangerous stuntCredit: Instagram/SaaFomba 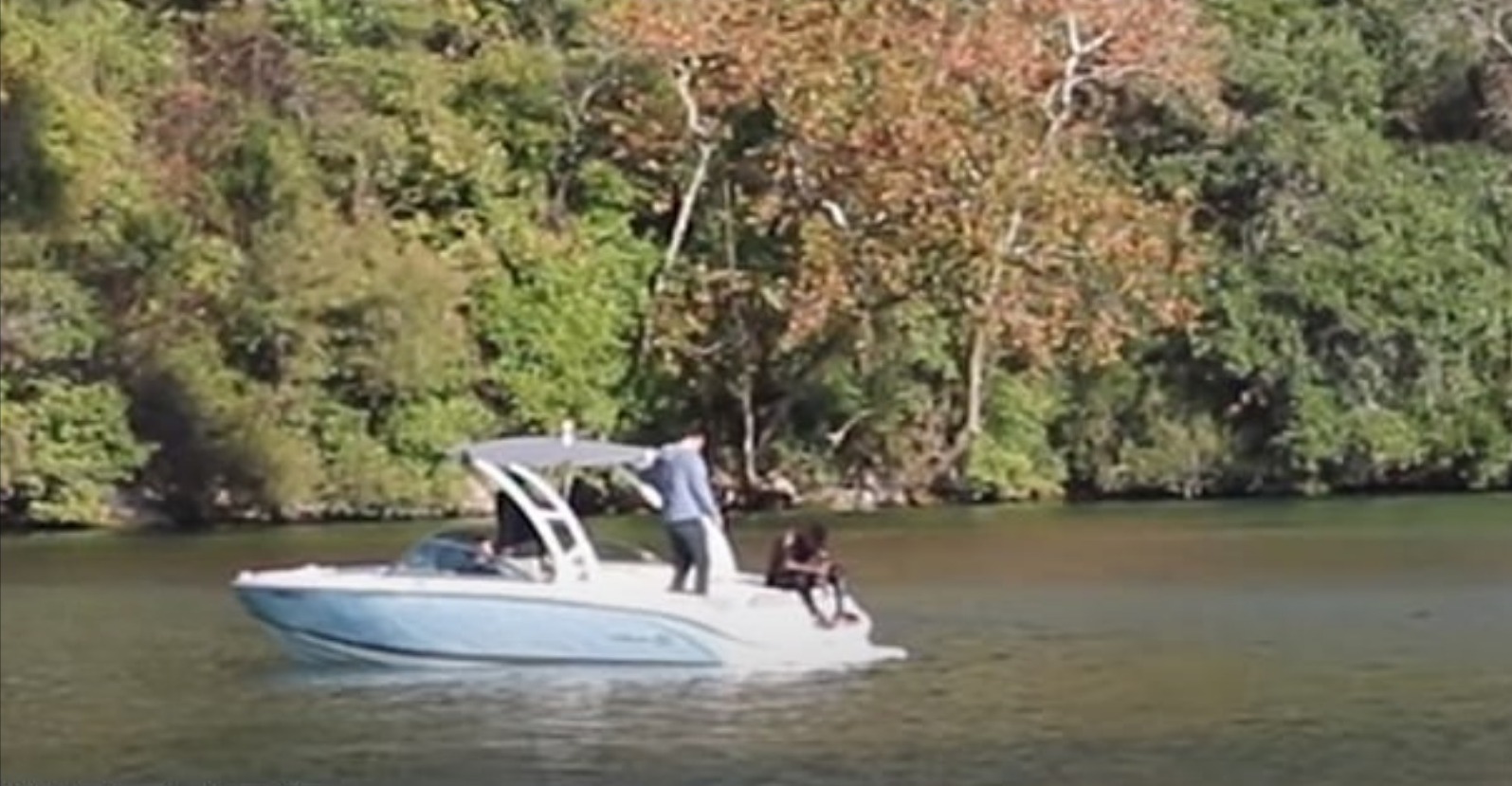 Fomba flagged down a passing boat while shouting “help”Credit: YouTube/SaaFomba

Fomba later revealed he spent three days in hospital after fracturing his skull.

“I fractured part of my skull, bleeding a little bit. Then, I have a tube running through my chest,” he says in the video.

“People are texting me if it was worth it. No one wished to get hurt.”

In an Instagram post on Friday, Fomba said he had been discharged from the hospital, explaining that he spent the night in a motel after his car was towed from Pennybacker Bridge.

Fomba wrote: “But hey, it could always be worse and I’m grateful for everything I have.”

He added: “You might see it as jumping for views, but I see more. I wasn’t built for just normal, I’m a dream chaser.

“I don’t settle for less, I will leave my mark on this planet we call earth our home.”

The caption on the YouTube video says: “I’m a dream chaser, I don’t settle for less, I will leave my mark on this planet we call earth our home.”

But YouTube users slammed Fomba and described the jump as “dumb” and “reckless”.

“Bro I am sorry but this is the dumbest thing I have ever seen. You could’ve died so so easily. Please be safe,” one said.

Another wrote: “Sorry. This has to be the dumbest idea of a lifetime. This ain’t chasing a dream, it’s chasing a death wish.”

A third said: “You’re making the cliff jumping community look bad by doing this. It was just reckless and wasn’t achieving anything other than you almost dying.” 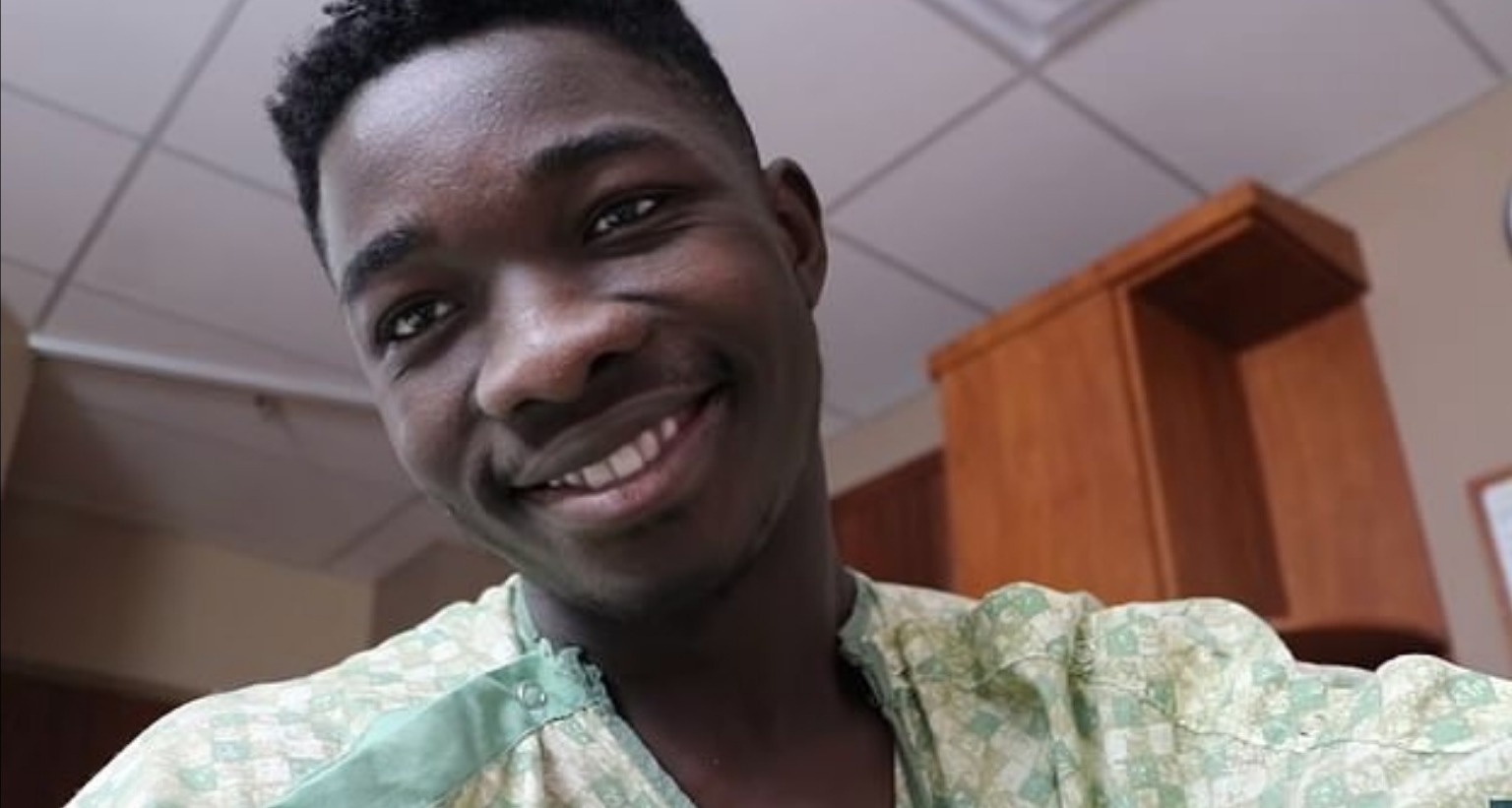 Fomba filmed himself on his third day in hospitalCredit: YouTube/SaaFomba