IT’S been 23 years since she died, but Princess Diana is still making headlines, causing controversy and dividing opinion.

This week there’s the double whammy of the latest series of The Crown, which introduces us to the shy 19-year-old virginal Diana, coupled with the fallout from her infamous Panorama interview a quarter of a century ago. 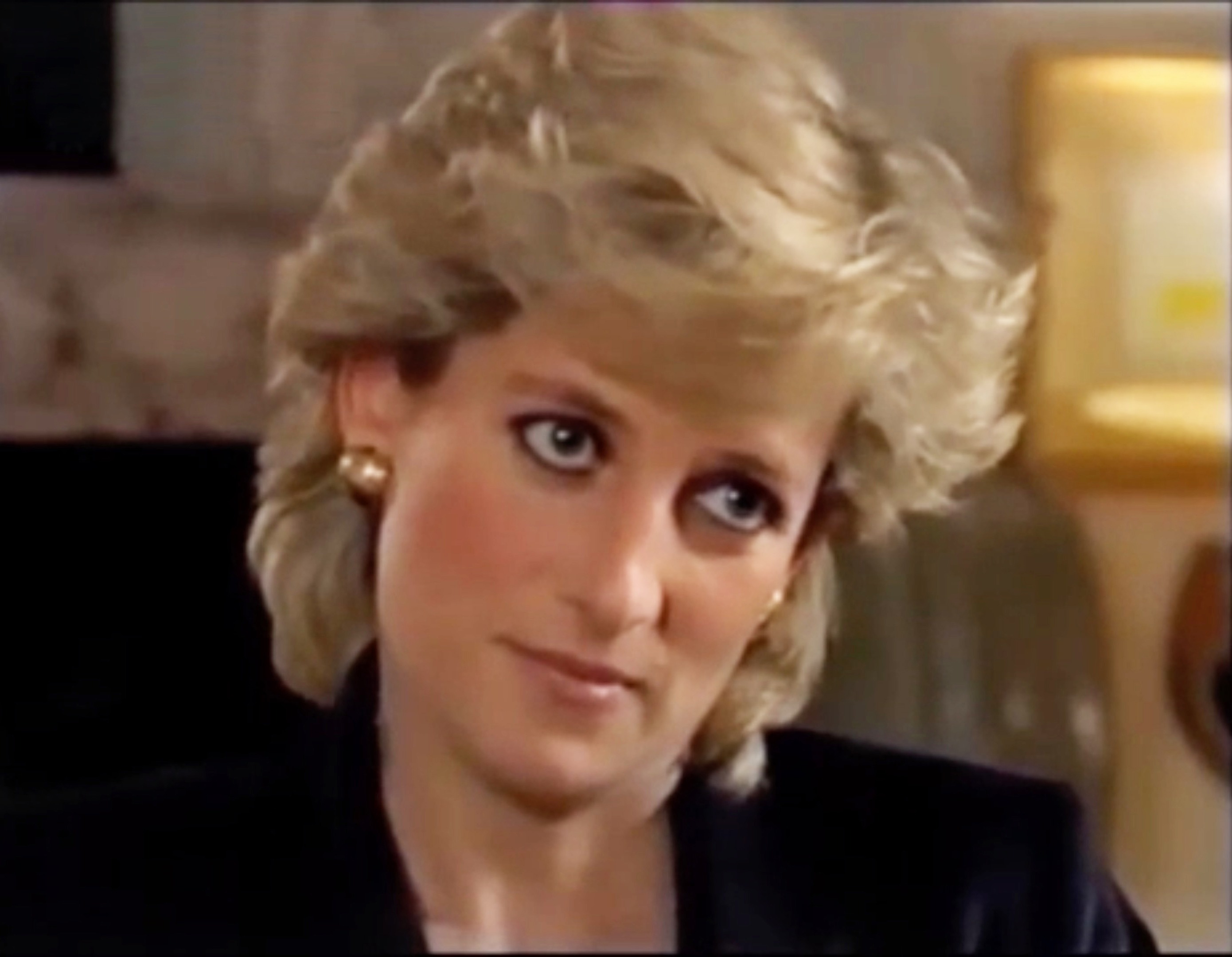 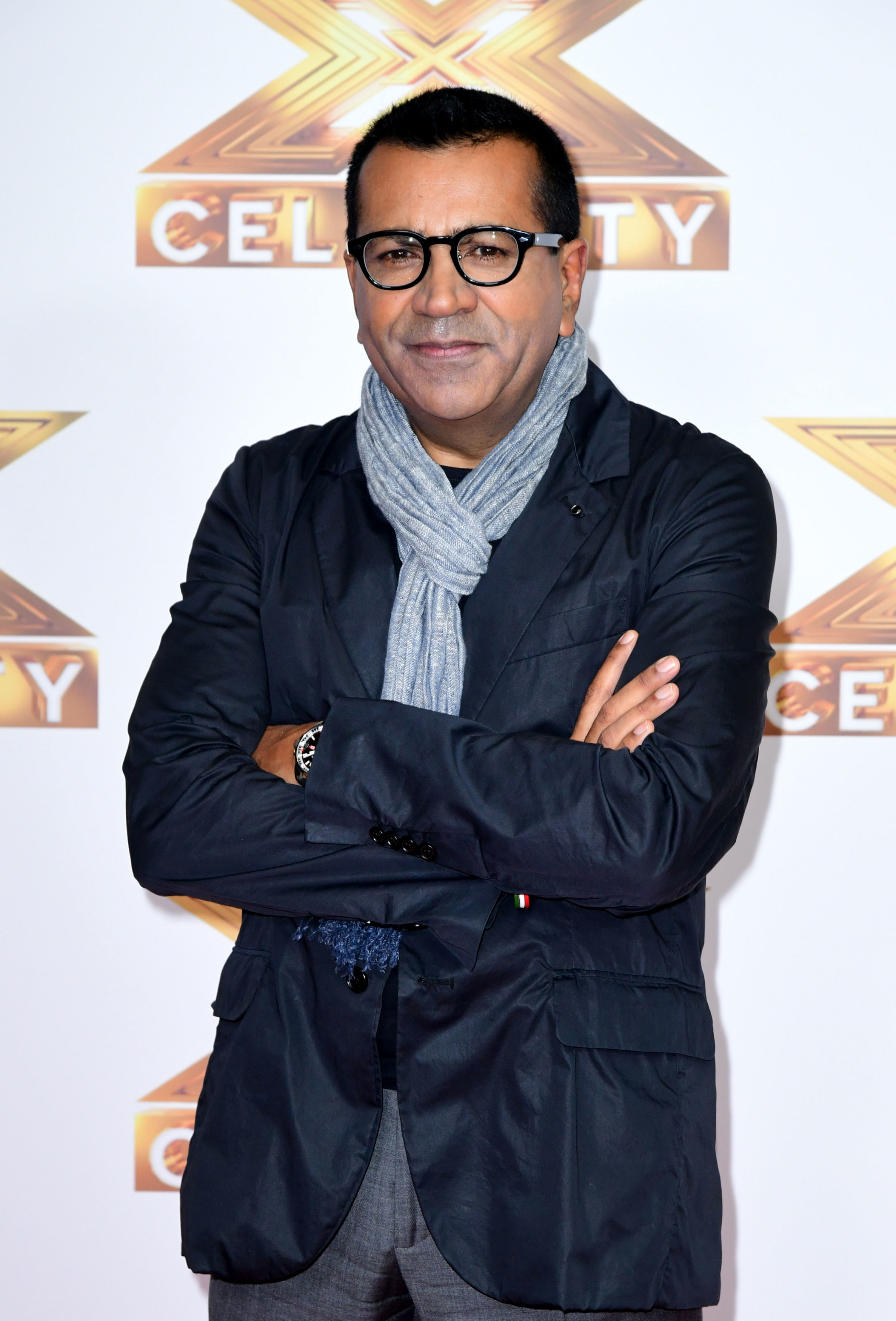 Martin Bashir and the BBC will be investigated again over claims Diana was shown false documents to gain her trustCredit: PA:Press Association

The BBC and interviewer Martin Bashir are to be investigated again over claims Diana was shown false documents that made it appear trusted friends and advisers were selling stories about her, and also that her young son William was unwittingly given a watch that recorded his mum’s every move.

If this all feels a bit like a pitiful Austin Powers spoof spy movie, bear in mind that Diana was in a very vulnerable state at the time and feeling alone and paranoid.

She had suffered from an eating disorder and was going through the humiliation of her husband admitting to adultery with Camilla Parker Bowles.

She was convinced there were conspiracies against her and would have been easy prey.

Diana desperately wanted to tell her side of the story and was talked into going ahead with the interview in secret, without really thinking through what it would mean to her standing in the Royal Family and the effect it would have on her two young boys.

There are just so many “what ifs”.

What if, as has been alleged, she hadn’t been conned or coerced into doing the Bashir interview?

Some believe she would have reconciled with Charles and turned a blind eye to his affair with Camilla, and continued to look elsewhere herself for love and affection.

But the interview was the final straw for the Queen, who told both Charles and Diana they needed to divorce, and hurry up about it.

If she had still been married to Charles then Diana would have retained her HRH title and had proper royal protection officers who would never have allowed her into a car driven by a man smelling of booze, and would have ensured she was wearing a seat belt.

In short, she would probably still be alive.

The new investigation into the tactics employed by the BBC has been driven by Diana’s brother Earl Spencer.

I’m not sure why he has waited so long to voice his concerns, but he is furious about being kept out of the initial inquiry and now wants to see heads roll.

Diana went on an ill-fated holiday in the summer of 1997 with Dodi Fayed, and ended up in a mangled Mercedes in that tunnel in Paris.

It’s just utterly tragic and we will relive the early years before that awful event when The Crown returns to our screens ­tomorrow on Netflix.

I will be one of those glued to the TV, binge-watching the all too short life of a complex, big-hearted woman who was put in an impossible position.

Diana was little more than a child when she met Prince Charles and the two of them barely knew one another when they became engaged.

He was under pressure to settle down, and in those days it was important that the heir to the throne marry someone “without a past”, which is a euphemism for a naive young girl who had never had sex.

Diana was bedazzled by the prospect of becoming a princess and one day being Queen, but as we know the fairytale quickly unravelled.

She simply couldn’t compete with Camilla. 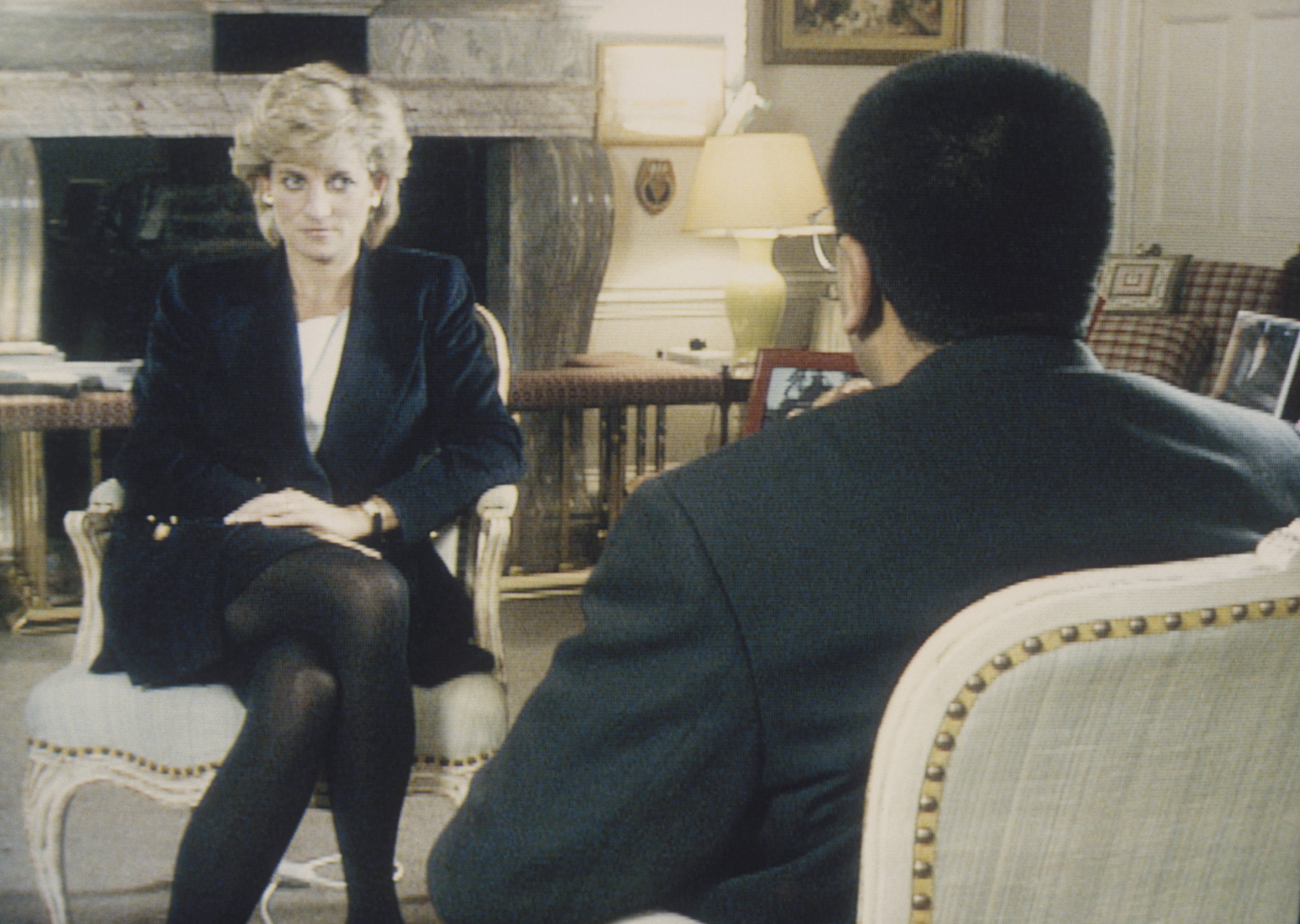 If Martin Bashir really did behave in such a despicable way then he should be deeply ashamed of himselfCredit: Getty Images – Getty

Can you imagine being in Diana’s position, where the whole world knows your ­husband loves someone else?

To make matters worse, you are having to deal with mental health problems at a time when sufferers were told to “pull themselves together”, all while living with a family who never discussed their feelings.

I hope The Crown is kind to Diana.

From the clips I’ve seen, Emma Corrin, who plays her, is the only actress to not only have an uncanny likeness to the princess but also to have captured her personality.

As for Martin Bashir, who has basked in the glory of that career-making interview for a quarter of a century, if he really did behave in such a despicable way then he should be deeply ashamed of himself.

It’s too late to undo the damage done, but he needs to ask himself if that big scoop was really worth it in the end.

A GANG of four formidable women have flexed their muscles at No10 Downing Street and shown they are a force to be reckoned with.

Led by Carrie Symonds, who is a whip-smart woman but usually dismissed as merely being Boris Johnson’s fiancée, they managed to get rid of a senior member of the cabal who have made such a pig’s ear of selling Government policy to the public, particularly during this pandemic. 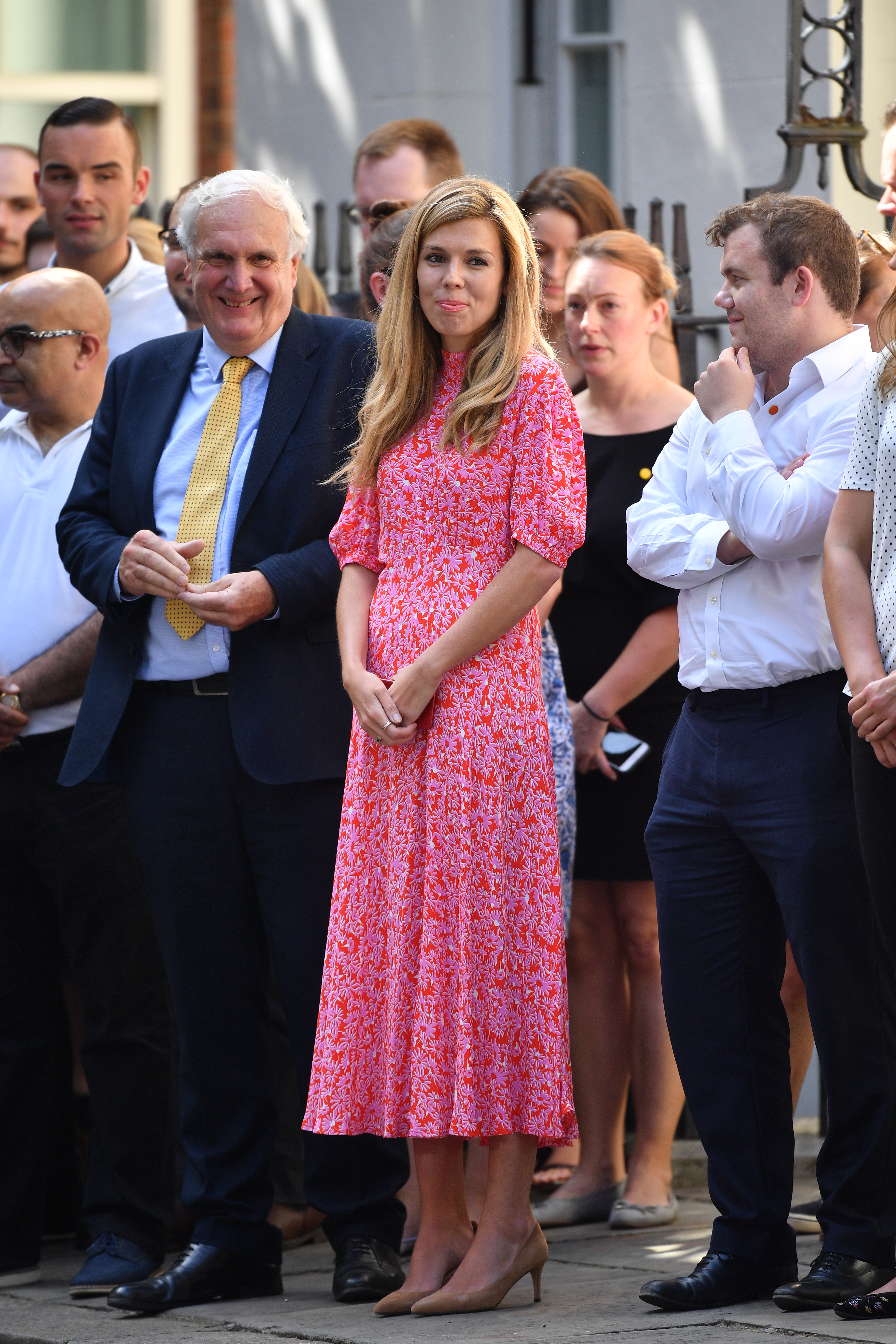 Carrie Symonds led a gang of four formidable women who have flexed their muscles at No10 this weekCredit: Getty Images – Getty

Head of communications Lee Cain apparently walked the plank after Carrie effectively blocked his appointment to the newly created post of chief of staff (all very West Wing).

We are told Carrie was backed by Home Secretary Priti Patel, Munira Mirza, head of the Downing Street policy unit, and Allegra Stratton, who is the newly appointed on-screen face of No10 televised media briefings.

Carrie obviously wields a great deal of power and influence over Boris, who was probably hiding in a fridge while all this was going on.

Lee Cain can always go back to his previous job of dressing up as a giant bright yellow chicken and heckling members of the Government who fail to answer questions from the media.

All of which is beyond ironic when you consider that under his watch no ministers have agreed to appear on GMB, Newsnight or Channel 4 News during this pandemic.

Maybe Carrie can give them all a kick up the ar*e and tell them to stop being such snivelling cowards and start answering the tough questions viewers want answered.

FOR the love of God are they really still counting the votes in the US of A?

Perhaps we should fly over the stout-hearted number crunchers of Sunderland, who whip through ballot papers like greased lightning and are always first to declare the result of any UK General Election.

I’M A Celebrity kicks off ­tomorrow night in a ruined ­castle in Wales, with the usual collection of attention seekers, and those game for a laugh or who fancy a challenge.

My early tip to win would be the utterly delightful Giovanna Fletcher, who is one of the sweetest and kindest of women and will take on the role of a youthful “mum” to the camp. 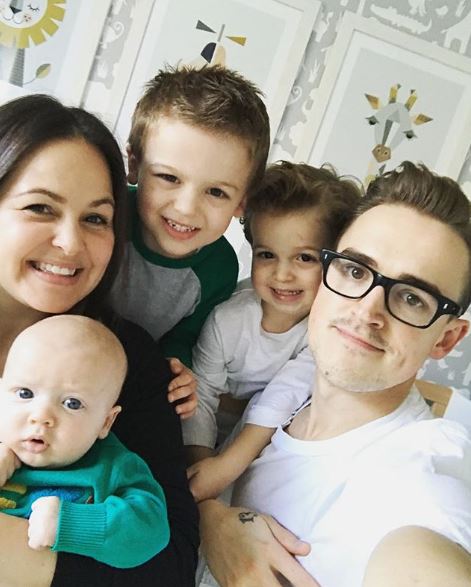 Giovanna is married to McFly band member Tom Fletcher, and a successful author and presenter in her own right as well as being mum to three young boys.

Usually in this show the most decent and likeable contestant wins, so I’m already crowning Giovanna queen of the castle.

GOOD to have Holby back on our screens, and the special Covid episode this week reminded us all of the sacrifices of our NHS front line workers.

Hearing again the Thursday night clap for the NHS gave me goosebumps and took me back to the spring and summer when we all came together to show them our gratitude.

The Thursday night clap for the NHS on Holby gave me goosebumpsCredit: BBC

We’ve lost a bit of that community spirit this time round, but I really hope the sense of thankfulness stays with all of us whenever we are looked after by a doctor, nurse, paramedic, auxiliary or porter.

We are so lucky to have the NHS and its dedicated staff.

In fact, all of those who have toiled away since the pandemic first sunk its claws into the world have played a blinder.

We couldn’t function without them and we should let them know more often just how thankful we are to have them on our side.

I’M not going to mention the organisation who staged a protest at the Cenotaph on Remembrance Day.

They clearly did it to draw attention to them-selves, and if we continue to give them the oxygen of publicity, they will keep acting in a disgraceful and disrespectful way. 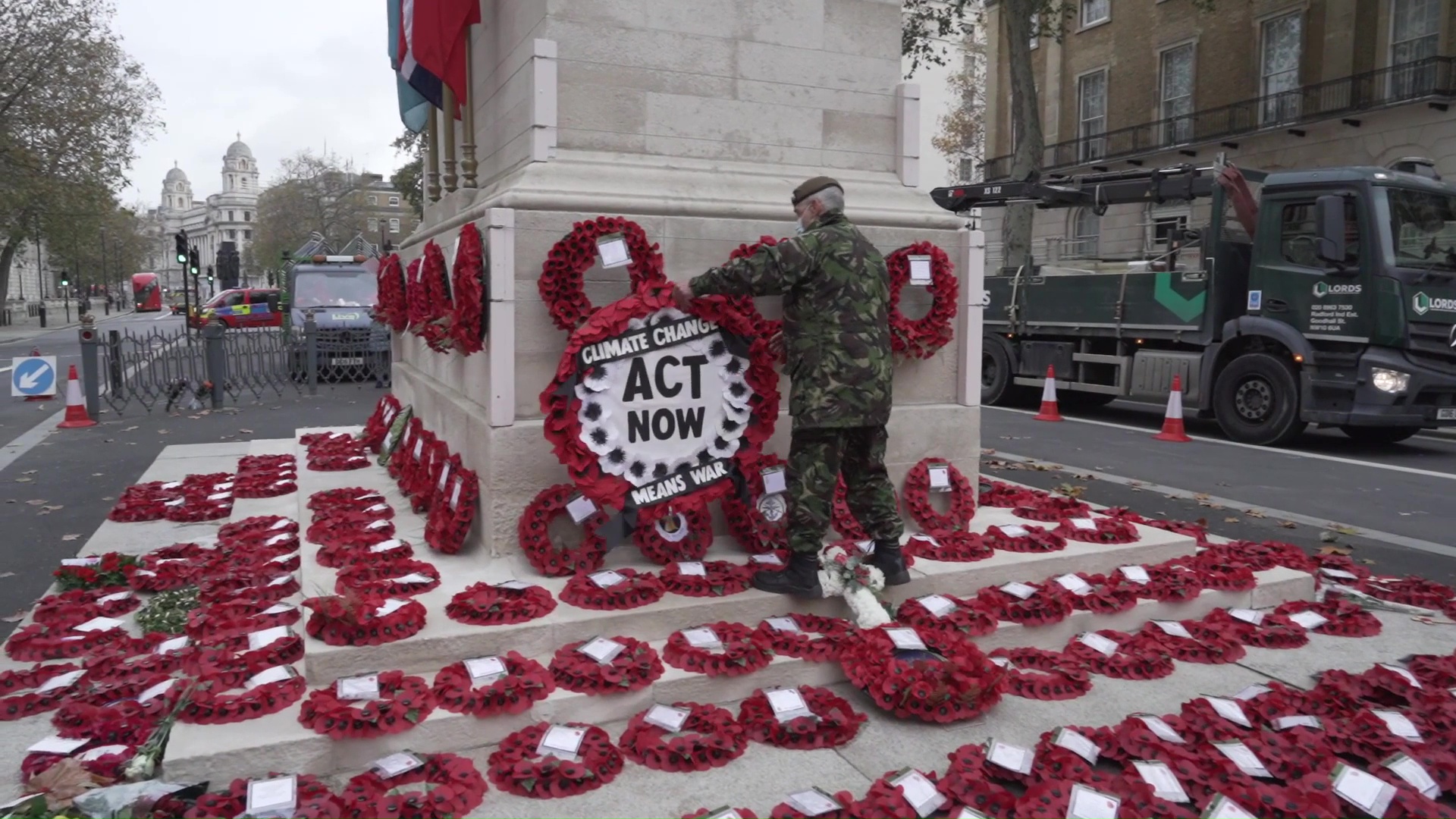 All I will say is shame on them for trying to hijack the annual memorial to our war dead and all those who continue to mourn them.

Their sacrifice and suffering should never be used as a publicity stunt, no matter how important the cause.