The trial comes as new evidence shows that Covid-19 immunity for those suffering a mild version of the disease lasts at least four months, say experts. 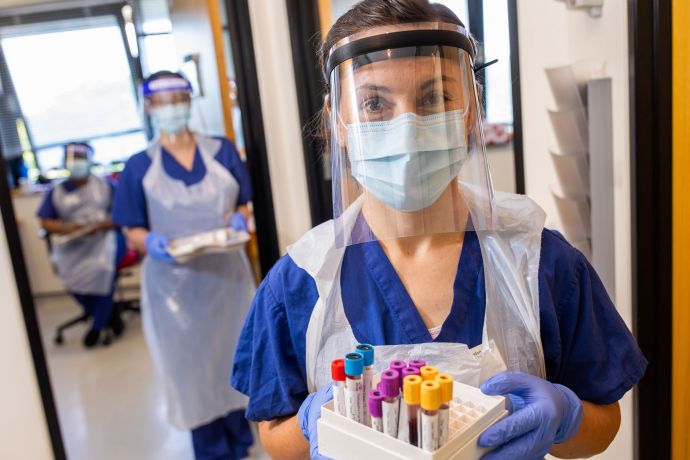 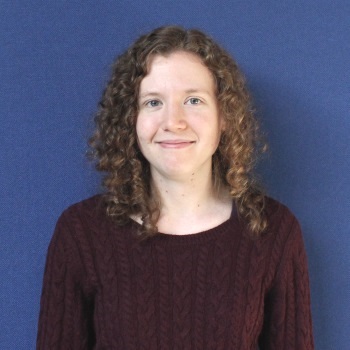 Volunteer Jennifer Wright is one of 2,500 people getting involvedCredit: University of Glasgow 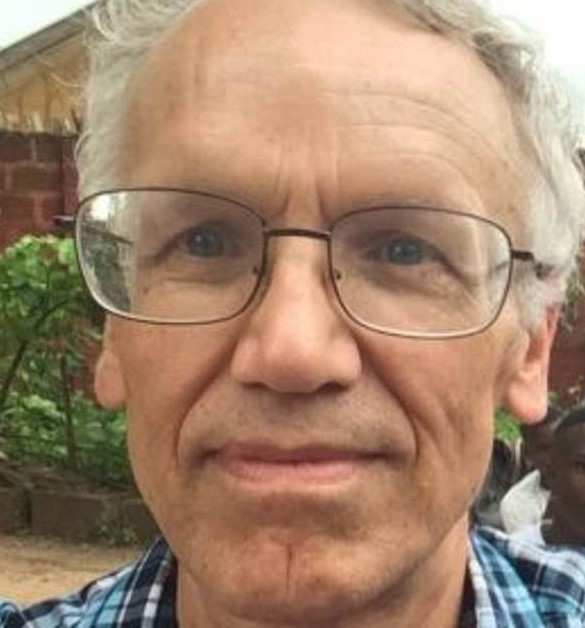 Paul van den Bosch is keen to take part to learn more about the disease which has killed 1.75m people across the worldCredit: pci

Imperial College said its joint human challenge study involves volunteers aged 18 to 30, with the project starting in January – and results expected in May.

Initially, 90 volunteers will be given a dose of an experimental nasal vaccine.

They’ll then be deliberately infected with Covid-19.

One keen volunteer told The Times: “If I die, better to die gloriously.”

Alex Greer, a chemistry student who runs the Effective Altruism Society at Durham University said: “It’s about using evidence and careful analysis to do the most good in the world.”

The 20-year-old told the paper that he’s one of 2,500 people volunteering to take part in the world’s first coronavirus “human challenge trials”.

Participants will be deliberately given the bug “in a secure bio-containment suite”, according to the Times.

The so-called human challenge study is used infrequently because of questions over the ethics of infecting otherwise healthy people.

However, the government announced the project back in October, saying, “the aim will be to discover the smallest amount of virus it takes to cause a person to develop Covid-19 infection.

“This is known as a virus characterisation study and will be backed by £33.6 million of government investment.”

But it’s taken a few months to come to fruition, as before any research could begin the study had to be approved by ethics committees and regulators.

The first stage of this project is being delivered by a partnership between Imperial College London, the Royal Free Hospital’s specialist and secure research unit in London and industry-leading clinical company hVIVO, which has pioneered viral human challenge models.

Volunteers will stay at a specialist diseases clinic at the Royal Free, with each person paid about £4,000 for their two to three-week stay, reports the Mail Online. 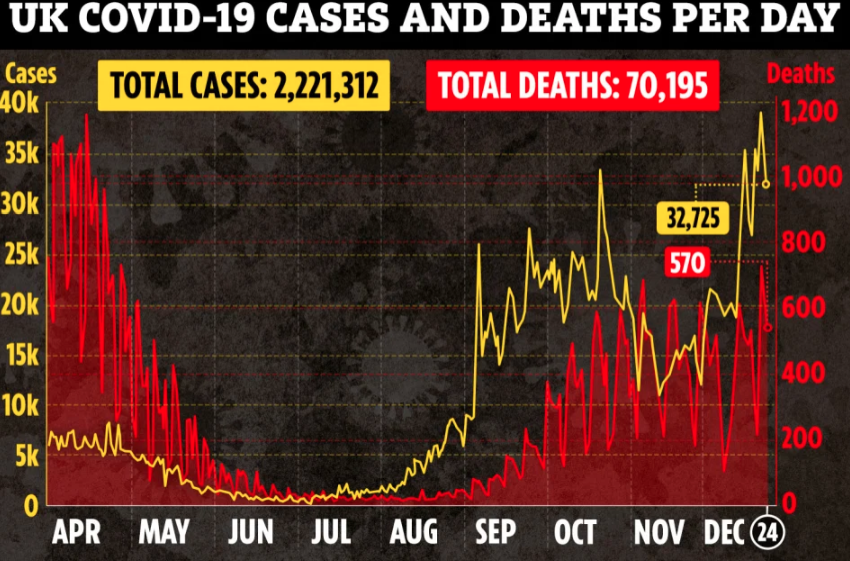 Covid cases are still climbing in the UK

Professor Peter Openshaw, mucosal immunologist and respiratory physician, working on lung infections at Imperial College in London, said researchers aimed to just “get the virus to replicate in the nose”.

“We think that by taking every precaution we can really limit the infection.

“And then we should be able to do it quite safely given the vast amount of experience that we have in this field,” he said.

The expert, co-investigator on the study, said in October: “Deliberately infecting volunteers with a known human pathogen is never undertaken lightly.

“However, such studies are enormously informative about a disease, even one so well studied as Covid-19.”

The study will take place in world-class clinical facilities at the Royal Free specifically designed to contain the virus.

Highly trained medics and scientists will be on hand to carefully examine how the virus behaves in the body and to ensure volunteer safety.

Volunteers will be monitored for up to a year after participating in the study to ensure their long-term well-being. 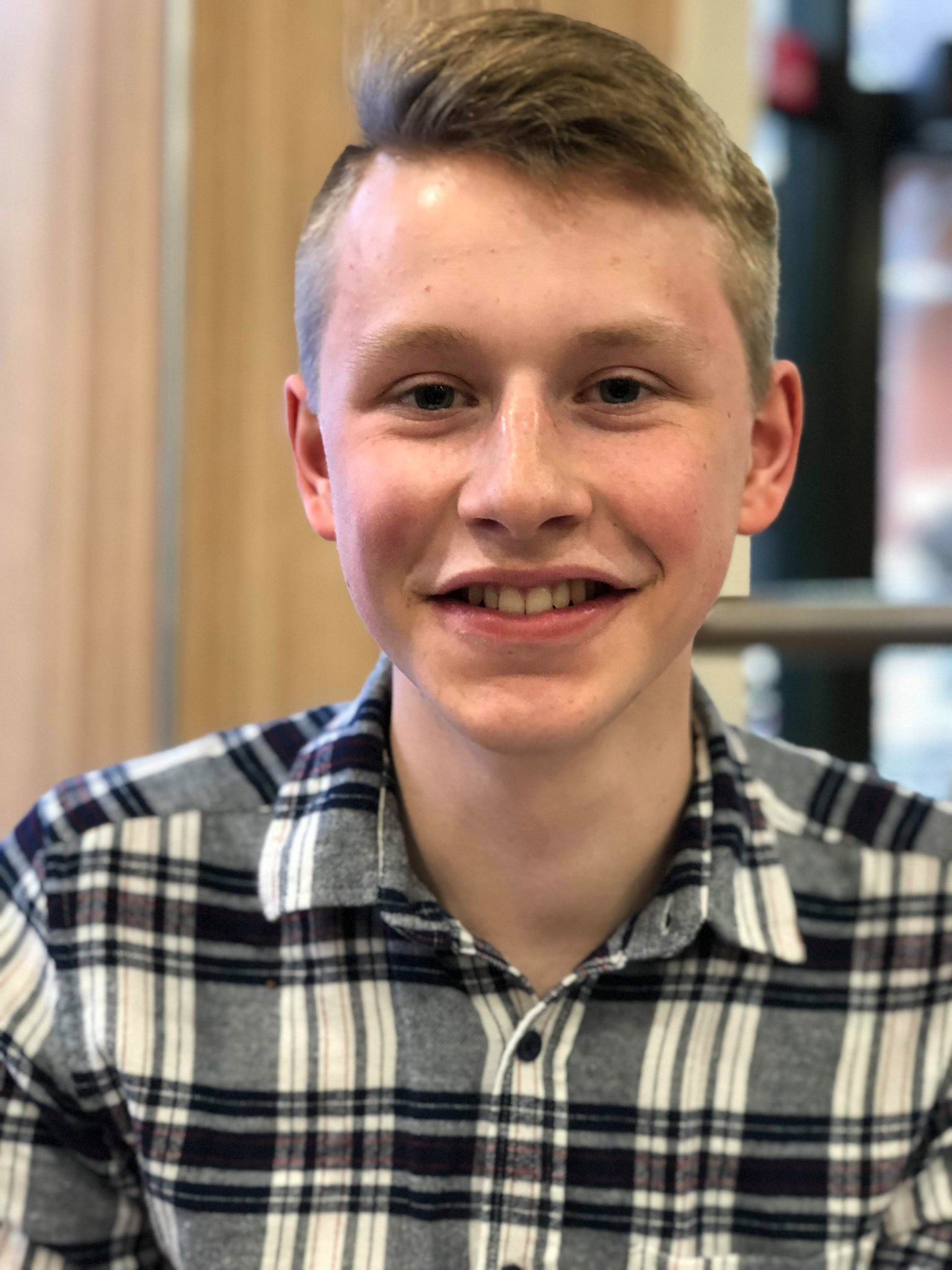 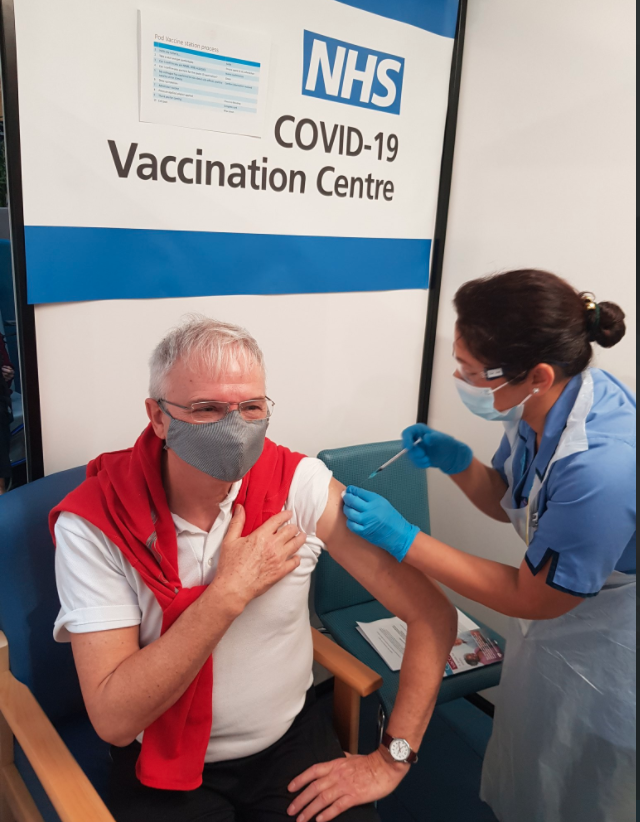 Once this first phase is completed, researchers will deploy this human challenge model to study closely how vaccines work in the body to stop Covid.

Although other countries are considering this type of study for coronavirus, the UK is a leading country in the science behind and the delivery of these studies, the government says.

Mr Greer said: “A lot of people have caught the disease and had no say in it.

“Hopefully by giving my informed consent I can help prevent others being blindsided.”

Another volunteer, Jennifer Wright, 29, said: “Some of my friends work for the NHS and they’ve been taking risks all through the pandemic while I’ve been looked after and stayed safe.”

Alastair Fraser-Urquhart, 18, of Stoke-on-Trent, said: “I’ll be remaining at the clinic, really, for as long as it takes.

“Obviously we can’t have it infecting anyone who isn’t a part of the trial, so every volunteer would need to be held in bio-containment.”

The teen added that he had offered to take part to help “bring the world out of the pandemic sooner”.

“The idea that I could have a part to play in ending, you know, millions of people’s misery and pain and I don’t… it just doesn’t sit well with me,” he added.

He told the Times: “Our lives are finite and it’s not our job to to stay safe all the time.

“We’re going to die in the end, and if one wants to be romantic about it then, you know, dying gloriously is better than dying of dementia.”

The research comes as the Royal Free London announced on December 23 that Covid-19 immunity for those who had a mild version of the disease lasts at least four months, according to its latest research.

The study analysed antibody and T-cell responses in 136 London healthcare workers, 76 of whom had mild or asymptomatic infection dating back to the start of lockdown in March 2020. 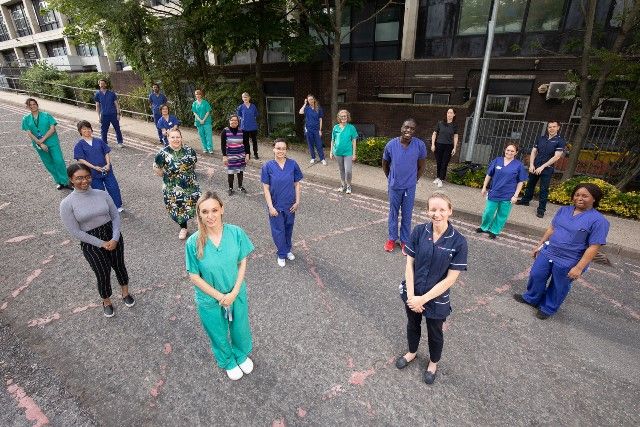 The Royal Free Hospital has been taking part in various studies this yearCredit: Royalfree.nhs.uk

A T-cell is one of the main adaptive parts of the immune system, and its role in the body is to kill infected host cells and activate other immune cells.

The team found that 89 per cent of those analysed carried neutralising antibodies 16-18 weeks following infection, and this was usually complemented by a multi-pronged T-cell response.

However, the research also suggests that these two arms of protective immunity can become uncoupled, with some people showing T-cell immunity but no evidence of antibodies, and vice versa.

Scientists across the globe have been working to understand how our immune system protects us against SARS-CoV-2, the virus that causes Covid-19 disease, and how long this protection lasts.

Much of the debate around protective immunity has focused on the different roles of B-cells, which make antibodies, and T-cells, white blood cells which work in several different ways to help protect from viruses.

The team found that T-cell responses tended to be higher in those with the classic, defining symptoms of coronavirus in comparison to those with asymptomatic infections.

What is the UK’s human challenge study into Covid?

Volunteers will be monitored for up to a year after participating.

Human challenge studies have been used to develop vaccines for diseases including typhoid, cholera and malaria.

They differ from standard clinical trials in which volunteers are vaccinated to see if they develop a disease circulating in the community over several months.

In these studies, a smaller group of volunteers is exposed to an infection after they have been vaccinated.

The aim in the UK will be to discover the smallest amount of virus it takes to cause a person to develop Covid-19 infection.

This is known as a virus characterisation study and will be backed by £33.6million of government investment.

The research will be conducted at the Royal Free Hospital in London, which has a specially designed area to contain the disease.

Volunteers will be monitored for at least a year to ensure they don’t suffer any long-term effects.