How was your Pancake Day? Did you opt for a new recipe or stick with an old favourite?

One woman who wanted to try something new popped down to her local Asda where she picked up a Peppa Pig pan.

The ambitious cook used the frying pan – which has an outline of the children’s beloved TV character – to make the pancake.

She started strong, using a bottle to squeeze out the batter and create Peppa’s outline.

Then, she waited to fill in the rest of the other areas with the batter.

While the pancake image has some resemblance to Peppa at first, it soon starts to become unrecognisable.

The cook was then left with a pancake that neither looks like a pancake nor Peppa Pig, though the ears seemed pretty on point.

She shared the results on TikTok, where viewers found the whole thing hilarious. 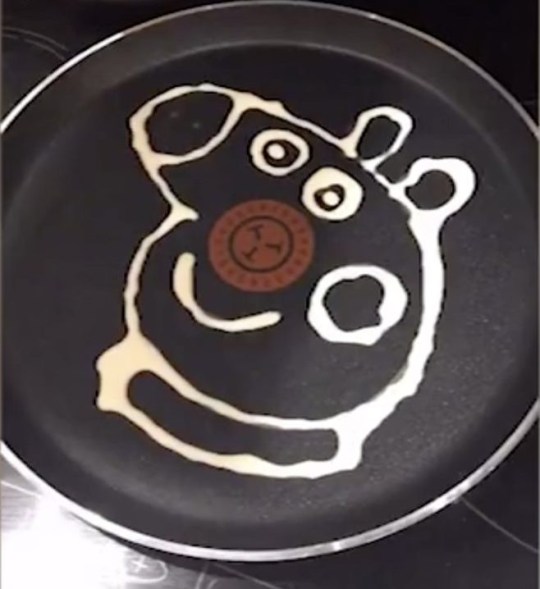 The TikTokker captioned the video with: ‘Well, that didn’t go as well as I thought it would’, accompanying the clip with a distorted Peppa Pig theme tune.

Viewers were left in stitches, saying: ‘THIS IS SENDING ME!’ and: ‘I SCREAMED’.

Another said: ‘I’m laughing so hard’ and a third added: ‘Cannot breathe’. 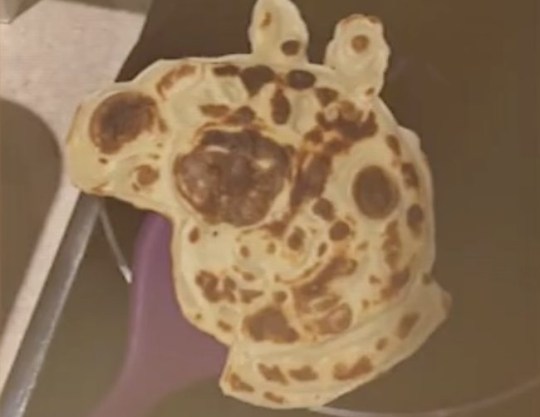 It didn’t quite work out (Picture:@.Stelldog/Tiktok)

Others joked that the finished product looked like stuff made out of nightmares.

Some people said the pancake looked fine to them. One joked: ‘Nah, she just has vitiligo’.