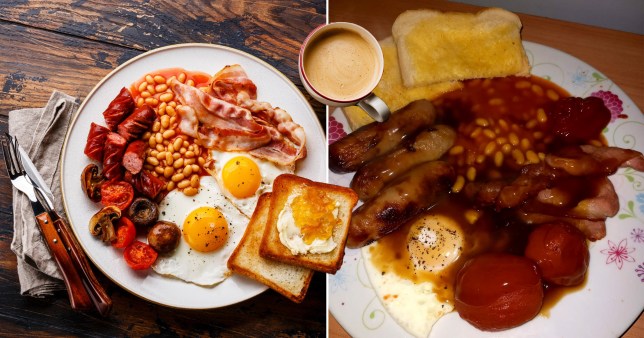 Do you have strong opinions about a full English breakfast?

Well, if you didn’t before, you certainly will now.

Because a woman has come under fire after sharing a photo of her controversial fry-up.

The social media user, known as Stacie E, shared her creation to the Rate My Plate Facebook group.

Rate My Plate – which currently has over 2.7 million followers – is an online community where individuals send in their best and worst food creations for others to judge.

And Stacie’s offering felt the full force of their wrath.

On her plate were three sausages, beans, tomatoes, a fried egg, three rashers and some white buttered toast.

It all seems fairly straightforward, but to finish the dish, Stacie soaked it in gravy. 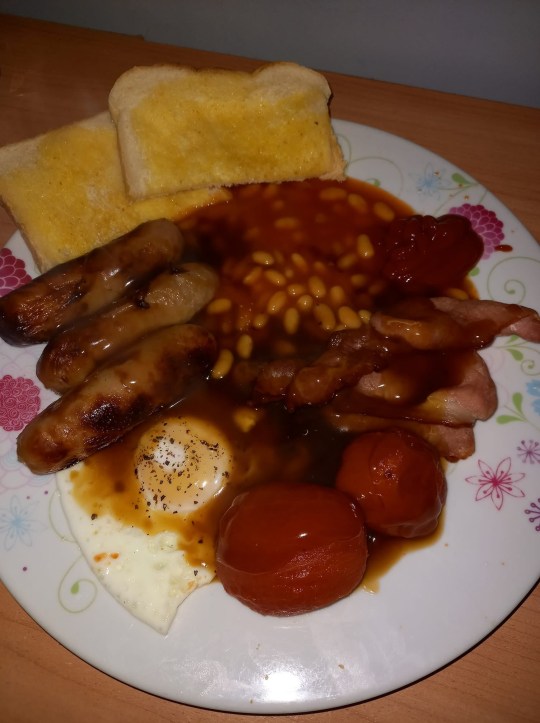 Stacie may have been proud of her gravy breakfast but those in the comments were outraged.

One person wrote: ‘Gravy? I like gravy as much as the next person, especially on chips. But this is just wrong on many levels.’

Another said: ‘Gravy on a fry…Stacie, away and have a wee word with yourself.’

It seems the gravy wasn’t the only upsetting element of the dish. Many took offence to Stacie’s toast too.

‘Did you cook the toast with your hair dryer?’ asked on disgruntled Facebook fan.

‘Toast must have been so shocked when she whipped out the gravy, looks like it’s seen a ghost,’ joked another.

However, some applauded Stacie’s choice of sauce.

‘Gravy is excellent on a breakfast. Only found this out a couple of months ago. The woman in the cafe wasn’t overly impressed though,’ commented one supportive onlooker.

Nevertheless, most were simply horrified.

‘Gravy? Bisto on my full English is like having custard on a Sunday lunch! Doesn’t happen,’ said one user who summed up the feelings of the online community.

What of you think of Stacie’s full English breakfast?

Let us know in the comments or send us an email at MetroLifestyleTeam@Metro.co.uk