CONTRARY to every rom-com we ever watched growing up, there’s no “right” time to get engaged – for some couples, it happens within the first few months while other prefer to wait years.

But when student Ukabed Sheybani, 24, met her boyfriend Cherno Ameri in March this year, it didn’t take long for her to figure out that he was “The One”.

Ukabed proposed to her boyfriend Cherno earlier this year despite only knowing each other three monthsCredit: Kennedy News

Rather than waiting for him to pop the question, the student – who is studying to become a social worker – decided to break away from tradition.

She explained: “We met on Tinder in March. This relationship was something special, it means so much to me.

“He still gives me butterflies everyday. He treats me like a queen. So why not get engaged?”

In a TikTok video that’s racked up 10 MILLION views, Ukabed filmed the nerve-wracking moment she got down on one knee in front of all Cherno’s mates as they celebrated his birthday early. 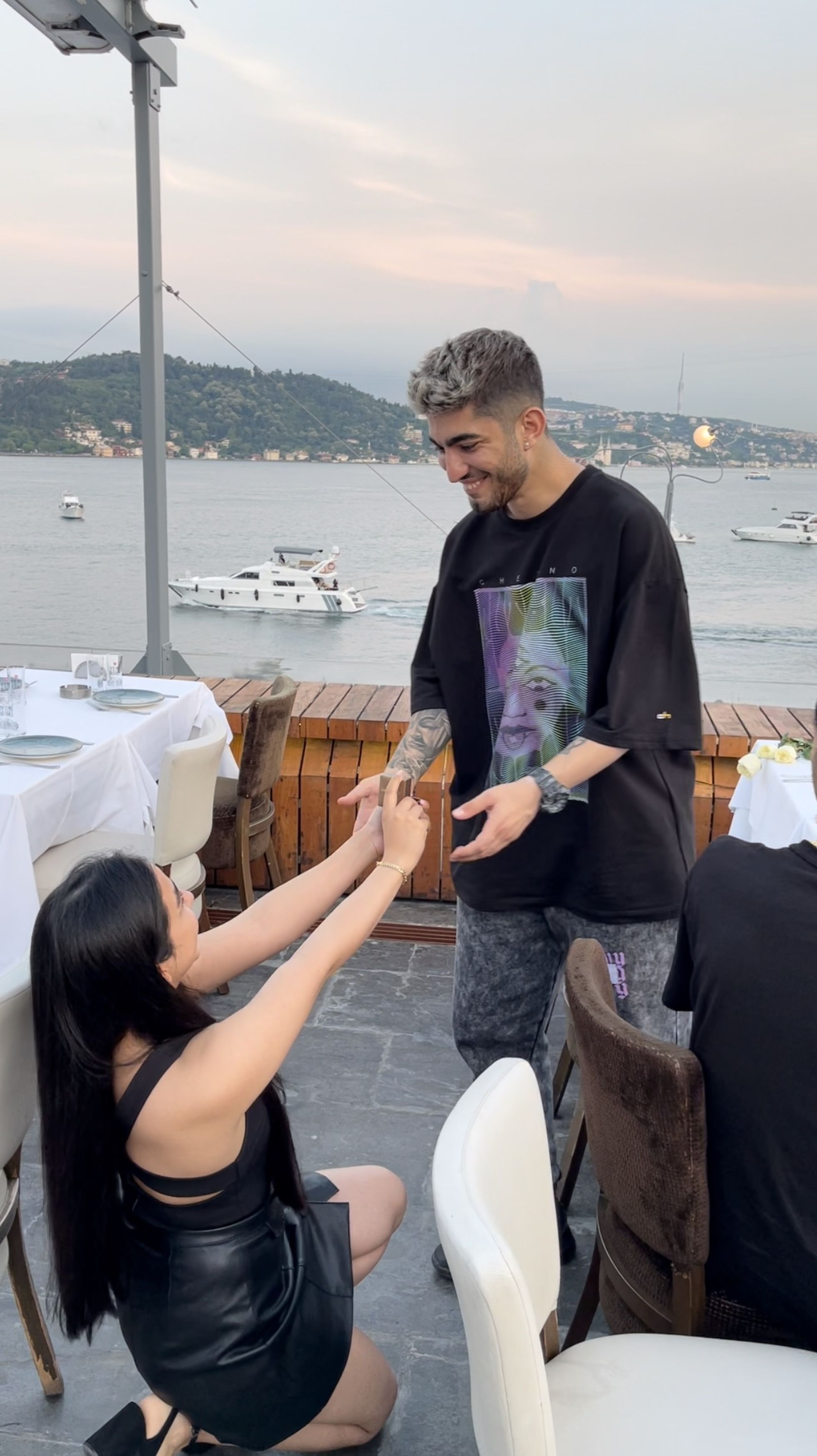 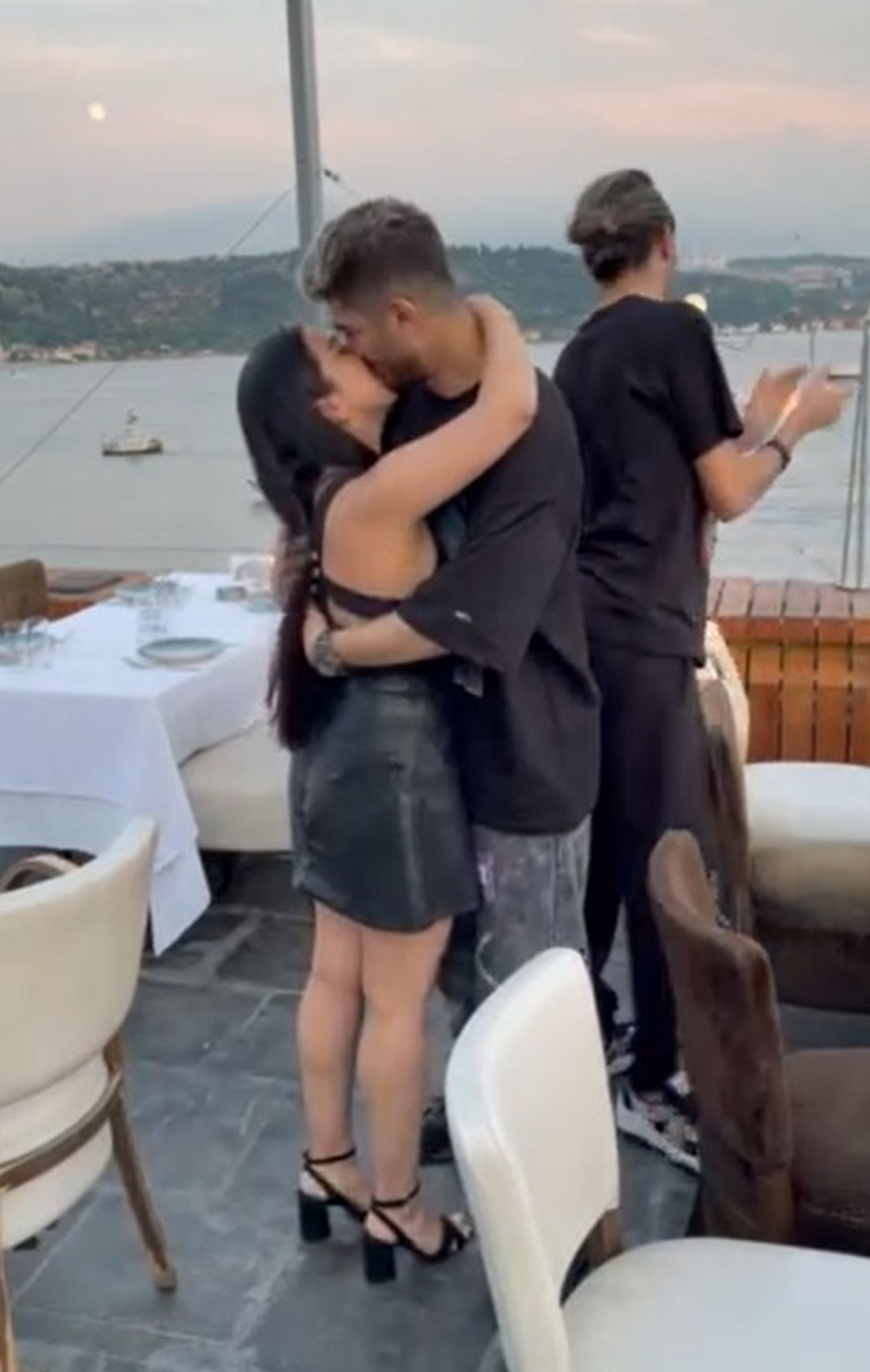 He says he was planning to propose two days laterCredit: Kennedy News

In the clip, Ukabed creeps up on her other half as he’s enjoying a meal before asking him to marry her – and she had a friend on hand to film the heart-warming moment too.

That said, it didn’t come as too much of a surprise to Cherno because Ukabed had always been vocal about wanting to be the one who proposed.

However, it did scupper his plans to pop the question himself – which he was going to do two days later on his actual birthday.

The quilt designer added: “It was a very big surprise for me. I couldn’t have imagined she was going to do it and do it two days before my birthday. I’m so happy she asked me.”

Ukabed’s proposal video racked up over 10 MILLION views – but not everyone was happy for the coupleCredit: Kennedy News

After sharing the happy news on social media, the couple were shocked by the negative comments they received from people who took issue with how long they’d been together AND the fact that Ukabed proposed.

One critic replied: “When it comes to this, I’m not a feminist.”

“Girl don’t do that, I kinda felt for his embarrassment,” another added. “Let’s keep the traditional way where the guy asks the girl.”

Meanwhile, a third raged: “Yeah, this is a no. I’m sure if he hasn’t proposed, it is for a reason.” 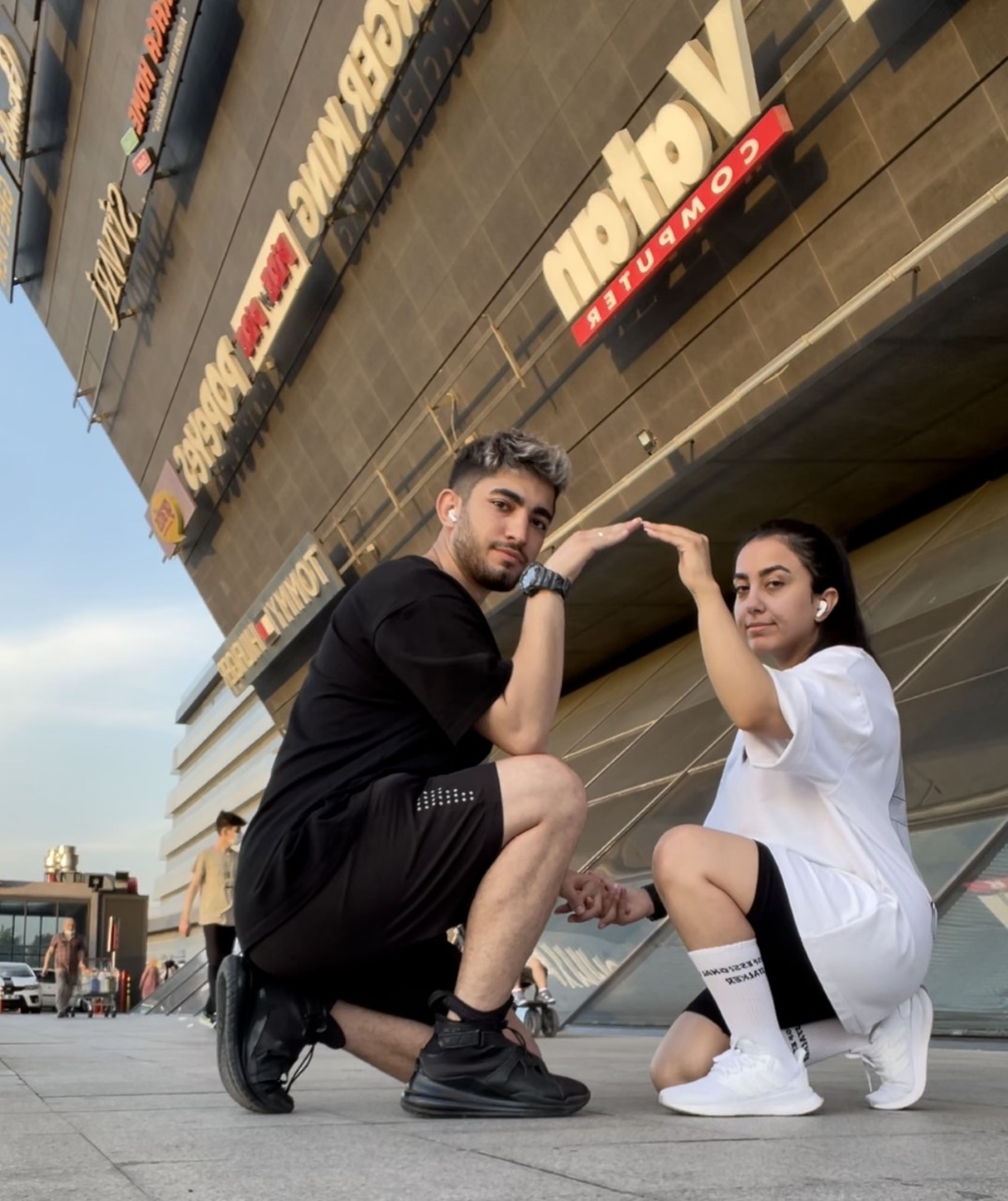 Ukabed had always told Cherno she wanted to be the one who proposedCredit: Kennedy News 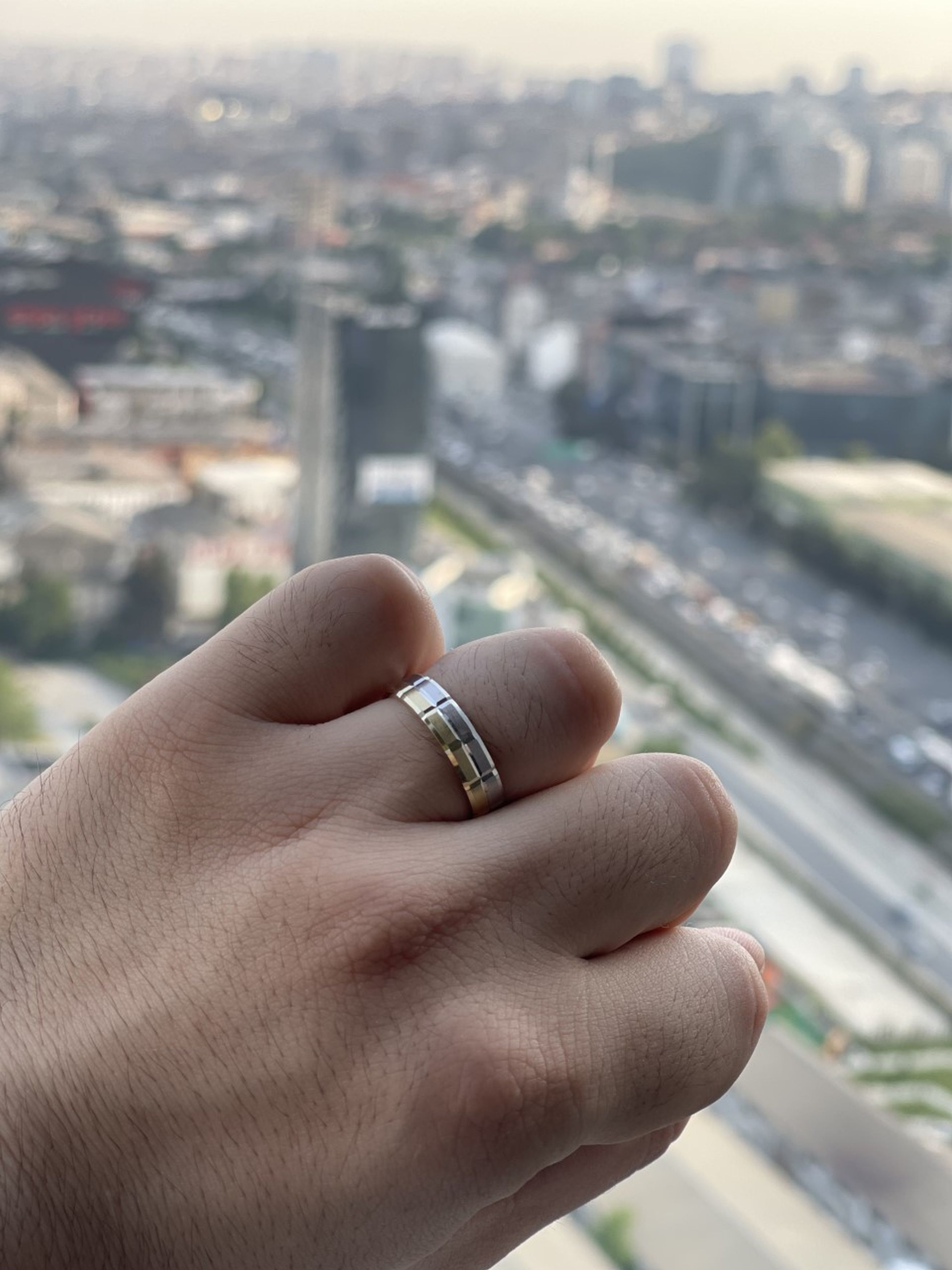 The couple don’t have a wedding date yet but Cherno has a stunning engagement ringCredit: Kennedy News

Despite the criticism, Ukabed hasn’t let the trolls burst her wedding bubble and she says she wouldn’t change anything about her proposal.

She said: “How can they judge my life when they don’t know anything about us? It made me mad.

“I got angry when I saw comments saying, ‘You’re so easy’ or ‘Girls don’t chase, they attract.’ I felt like saying ‘What do you mean? Do you believe in equality or not?’

“Other people were telling me it wasn’t normal. It was mostly women who were posting these negative comments.

“I’d never really spoken up about gender equality before as it’s a normal thing. Both women and men should be equal and have the same opportunities in life.

“We don’t have a wedding date yet, we’re going to be together for a while. But the proposal is something I really wanted to do, and I knew that if I didn’t do it, he would.”

For more wedding horror stories, this bridezilla was slammed for threatening to call off wedding if fiance doesn’t shave beard as she wants pics to be ‘classy’

And this ‘entitled’ bride savaged for rude note banning people from public camping ground so she can use it to marry.

Plus this ‘foul’ bride slammed for ‘romanticising mass death’ after throwing Titanic-themed wedding.