WE all remember our first kiss, whether it was a game of spin the bottle or at the school disco.

But one singleton got the shock of her life after she matched with the first boy she ever locked lips with on Tinder, more than 10 years later. 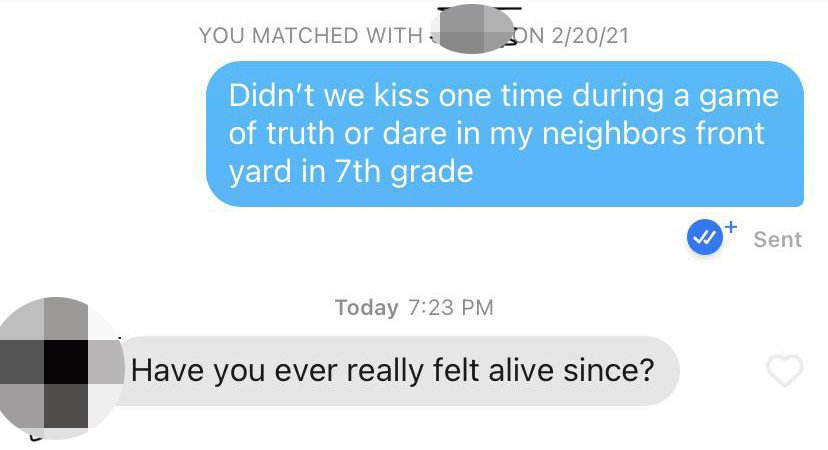 A woman shockingly revealed she matched on a dating app with the first boy she ever kissedCredit: Reddit

Now 26, she revealed she was 13 when she smooched the lad, who she admitted was way more popular than her.

After they connected on Tinder, she cautiously asked him: “Didn’t we kiss one time during a game of truth or dare in my neighbor’s front yard in 7th grade.”

But it seems he does remember, as he smoothly replied: “Have you ever really felt alive since?”

She shared a screengrab of the chat to Reddit, saying: “Matched with the first boy I ever kissed, I wasn’t sure if he would remember.” 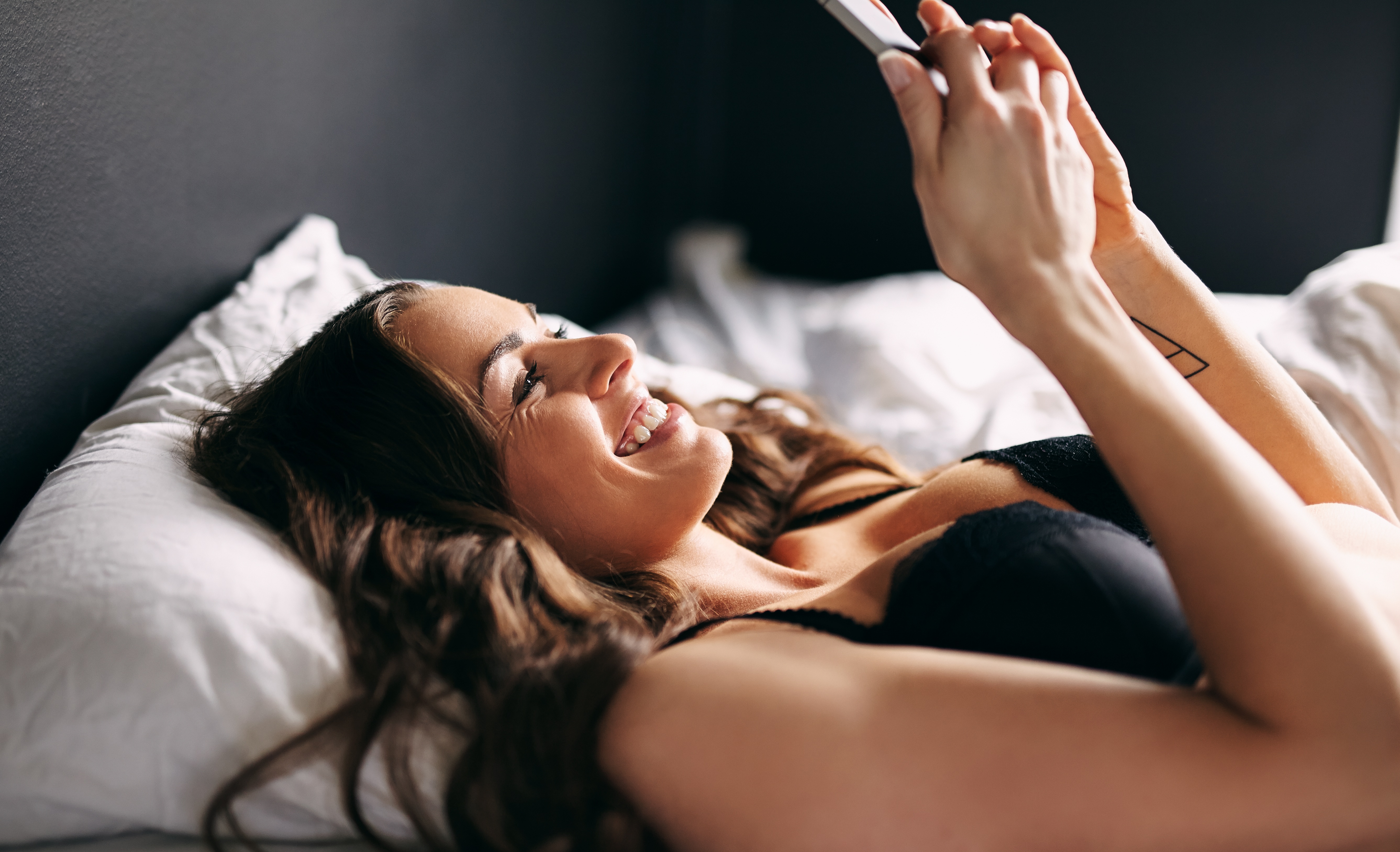 The woman, now 26, shared a kiss with him during a game of truth or dareCredit: Getty – Contributor

While it was a life-changing moment for her, she clarified it may not have been monumentous for him.

She added: “It was mine [first kiss] but not his, he was way more popular than me.”

The post racked up more than 1,000 comments, as people praised the bloke’s response, and demanded the pair get together.

Have you ever really felt alive since?

Commenting online, one person said: “That dude has game holy s**t what a come back.”

Another wrote: “I’ve seen hundreds of posts from this sub but all over the years and this has shown one of the very few examples of legitimate game.”

The sweet encounter racked up hundreds of comments as people urged them to get togetherCredit: Reddit

This person commented: “So cute. What a great comeback by the dude tho!”

Another demanded: “Well now you have to marry him because I’m down for a good old love story.”

While this person simply said: “Date him!!”

While this bloke accidentally creates group chat with 60 girls after trying to send them a sexy selfie at the same time.

Plus this woman keeps sex spreadsheet on EVERYONE she’s hooked up with & ‘data analysis’ shows it’s good news if you get to date 4.