Does your orgasm fit into one of these three styles? (Picture: Getty Images/Metro.co.uk)

Was your last orgasm more of a wave, an avalanche, or a volcano?

According to a new study, it’s likely to have fitted into one of these three categories.

New research suggests that when women climax, their pelvic floor muscles tend to move in one of three patterns: a wave, a volcano, or an avalanche.

A wave is pretty much what you’re imagining – waves of tension and release of the muscles.

A volcano is more of an explosion at the end – the pelvic floor simmers on a lower tension, then explodes into a rapid tension and release.

An avalanche, meanwhile, has higher pelvic floor tension, which then lowers during orgasm.

To be clear, no one style is better or worse than another – but it sure is interesting to consider how your muscles move during the big finish. 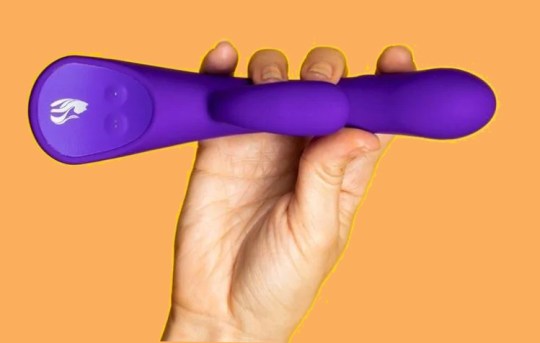 The Lioness works to detect the force of pelvic floor contractions in two sensors on its sides, so can quickly analyse the rhythm of these movements.


The three types of orgasm, according to this study

The most common type of orgasm experienced by participants, this is an orgasm with ‘undulations or successive contractions of tension and release’.

‘Rides on a higher pelvic floor tension with contractions that lower the tension downward during orgasm.’

‘Rides on a lower pelvic floor tension but then explodes into tension and release during orgasm.’

The data from the devices was then analysed, revealing these three distinct types of orgasm.

The researchers found that ‘wave’ orgasms were the most common, with 26 out of the 54 women experiencing this type, while 17 had an ‘avalanche’ and 11 had a ‘volcanoes’.

Obviously this is a teeny-tiny study, so more research will need to be done before we can definitively rule out any other orgasm styles, or look more deeply into these three types.

For now, Professor Pfaus and his team want to dive deeper into the way these three orgasm styles are experienced by women.

‘We are doing a long-term study of women using the Lioness to see how these different patterns are experienced subjectively as orgasms, as levels of pleasure, where the stimulation that induces them largely comes from,’ said Professor Pfaus.