A SPORTS bar in D.C. was met by protestors on Sunday after a video emerged of a woman being dragged down a flight of stairs and out of the establishment.

The incident took place at Nellie’s Sports Bar on Saturday night, leading to a series of protests the following evening.

A D.C. sports bar was met by protestors after a video emerged of a woman being dragged down a flight of stairs and out of the establishmentCredit: Instagram 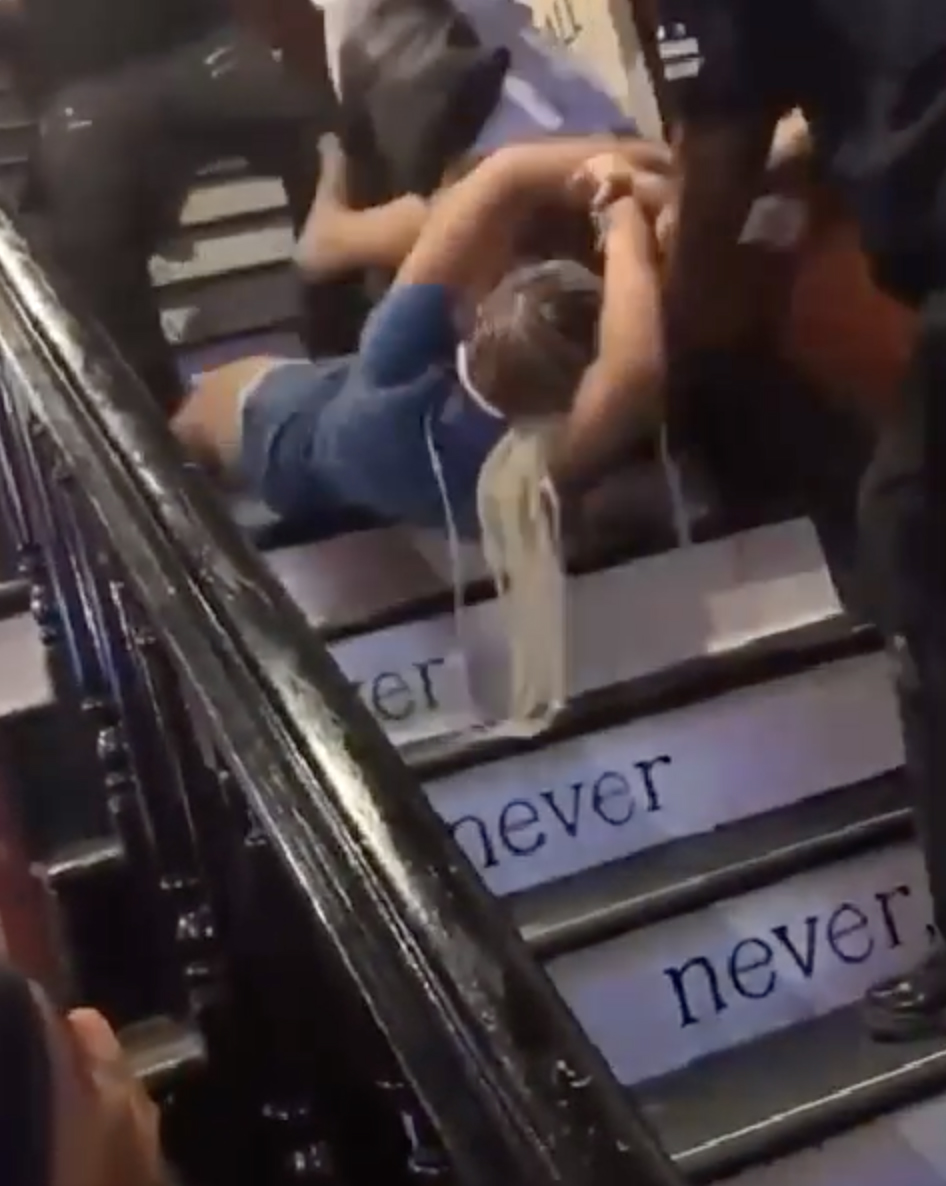 The incident took place on Saturday night, and a video of the moment later went viral on InstagramCredit: Instagram

The demonstrations started around 6:30pm on Sunday, when dozens of people stood outside the popular LGBTQ+ bar, shouting and holding up signs.

Protesters also reportedly marched from the sports bar on U Street to the owner’s home nearby before the crowds dispersed.

Police in the capital entered the bar, which a number of patrons inside left due to the crowd that had gathered outside.

Nellie’s initially released a statement on Sunday, saying: “We were incredibly upset and disturbed to see the unfortunate event that took place at Nellie’s last night.

“We are undergoing a full investigation of the situation. At Nellie’s, we foster an inclusive and safe environment, so events like this are completely unacceptable to us.”

Footage of Saturday’s incident was posted on Instagram and appears to show a group of people fighting with a man, believed to be security, who is dragging the woman down a flight of stairs.

WUSA9 reported that Keisha Young, 22, of Maryland was the woman seen being dragged out.

Young said: “It was an altercation in there. They were trying to get some other people out because somebody else brought a bottle in there.

“Somehow I got mixed up in an altercation because I look like somebody else and I got hit and dragged down the steps.”

When asked what she would like to happen next, Young, who claimed the incident happened shortly after she walked up the stairs and into the bar, said: “I want them [Nellie’s] gone.” 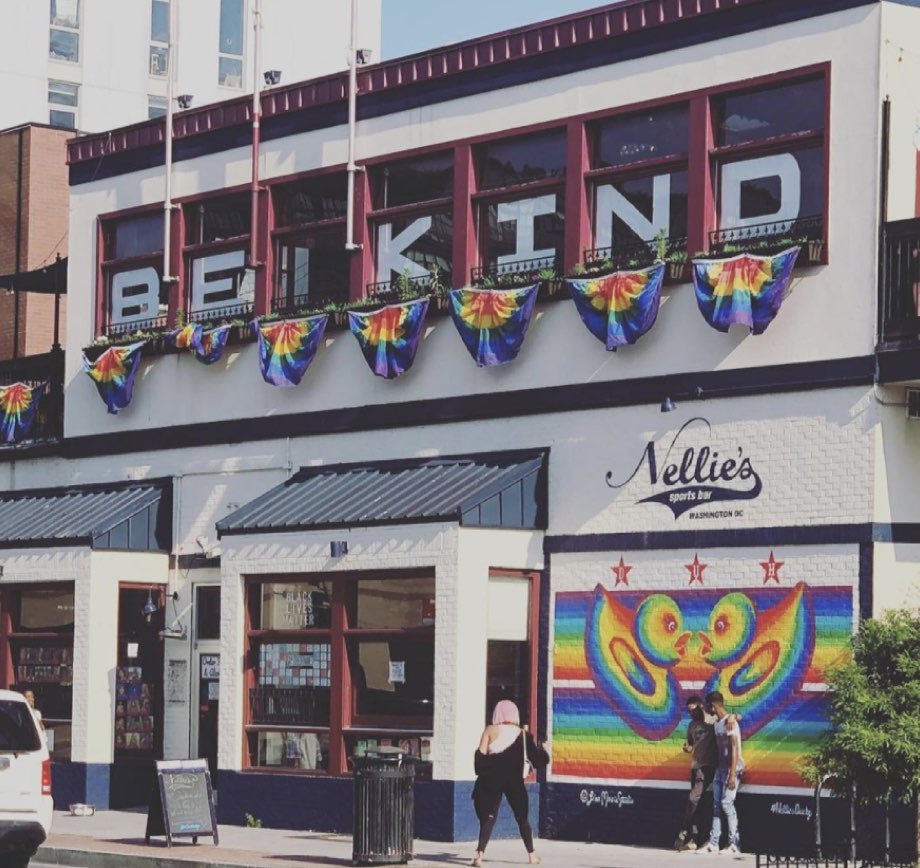 The incident took place at Nellie’s Sports Bar, a popular LGBTQ+ establishment in the capitalCredit: Instagram 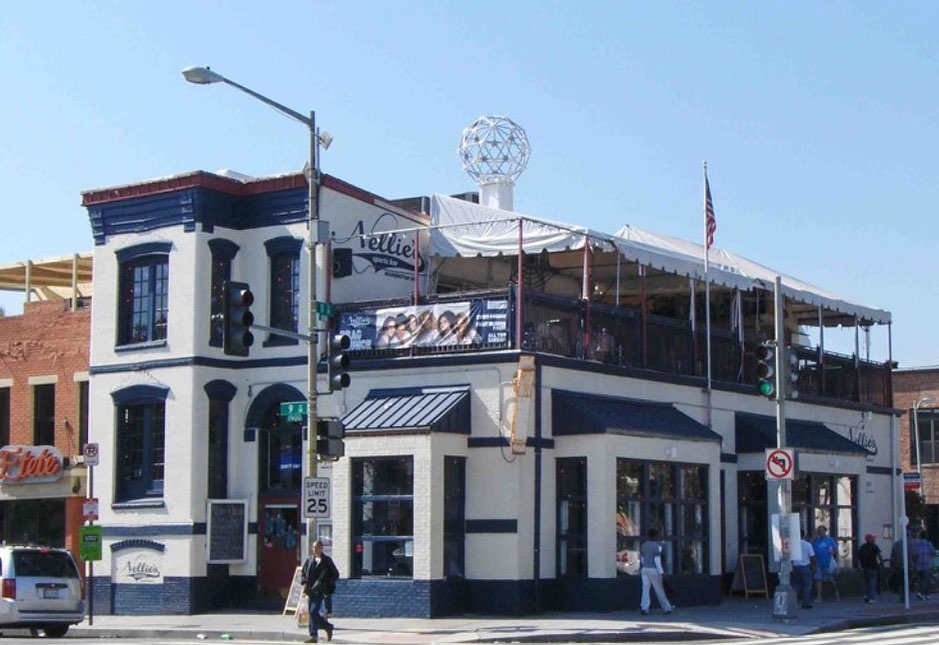 On Monday, the bar reportedly said it had terminated its security service with immediate effectCredit: Instagram

Young said she appreciated the showing of support on Sunday night.

She added: “I didn’t expect it to turn into something like this, to be honest, but I’m feeling very warm that a lot of people are out here helping support me.”

On Monday, it was reported that the bar has since terminated its security service with immediate effect.

Nellie’s, which will remain closed for the rest of the week, said in a statement on Monday: “Our investigation into the matter is ongoing, and we will cooperate with any law enforcement investigation, however we do not need to wait for the investigation’s conclusion before we take decisive action.

“We offer a heartfelt apology to all who witnessed the horrific events of this past weekend. No matter what behavior occurred prior, nothing warrants mistreating, and disrespecting, one of our guests.

“What we can say is we have heard the concerns of the BIPOC and LGBTQ communities.

“Nellie’s will be closed this week as we evaluate this regrettable situation, though we will continue to pay all non-security staff their normal wages.

“In the interim, we will use this time to listen and understand what more we can do to create the safe and friendly atmosphere our guests have come to expect from Nellie’s Sports Bar over the past 14 years.”