A WOMAN was left fuming after catching a man take snaps of her from behind while working out at the gym.

Janelle Rodriguez filmed the man as she confronted him and demanded he delete the photos from his phone. 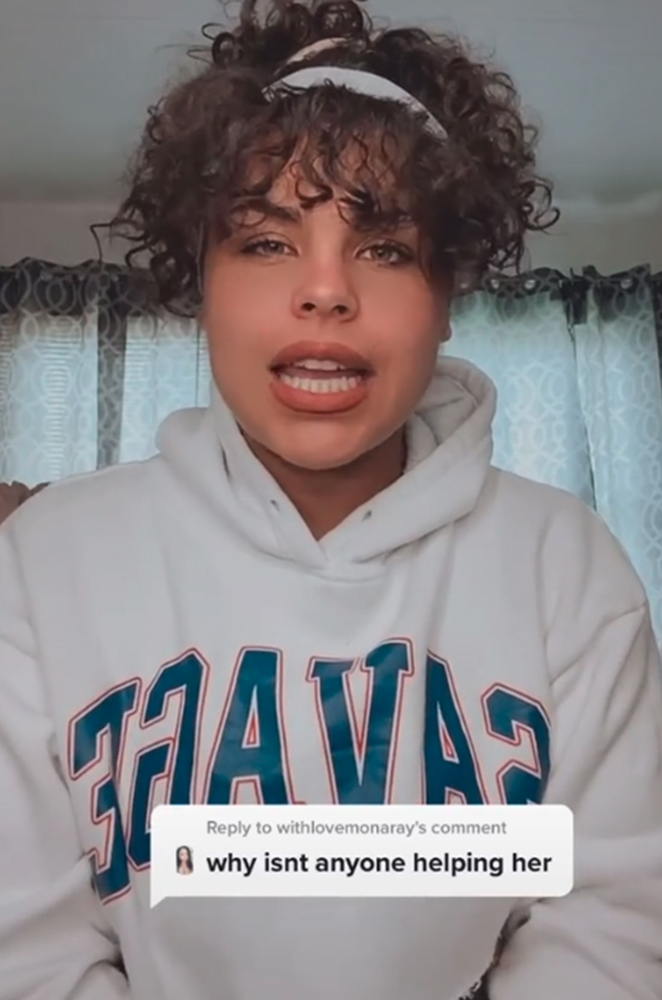 Janelle Rodriguez lashed out at a man who she claimed took photos of her at the gymCredit: @ j_rodriguezxo/TikTok

After sharing the exchange on TikTok in a series of clips, Janelle garnered mass support after unleashing on him with people calling him a “pig”.

Her first video, which shows her approaching the man who took the image, racked up 3.6 million views alone.

In it, you can hear her asking the man why he took the photos of her butt while she trained.

At first, he appears dumbfounded, asking “I did?” in response to Janelle’s claims. 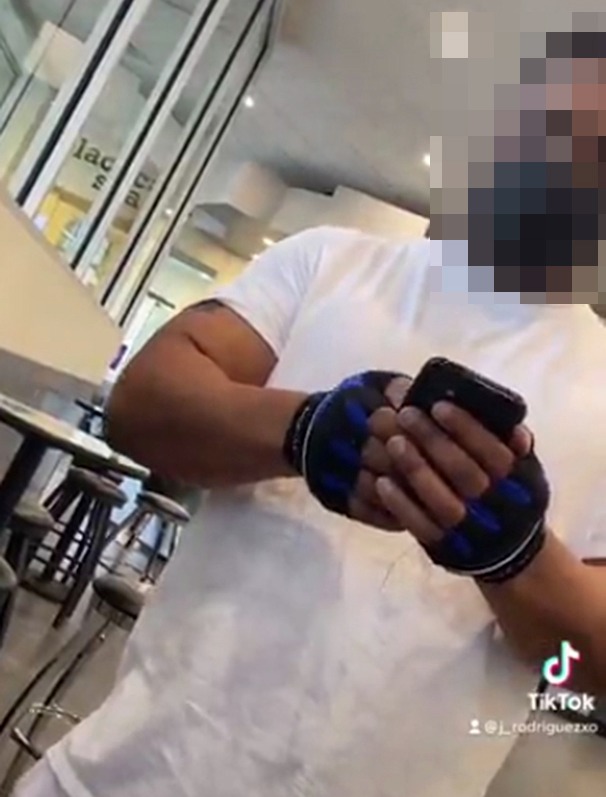 She approached him and ask him to show her his phoneCredit: @ j_rodriguezxo/TikTok

But it soon becomes clear he was lying when she asked him to show her his phone, specifically, the most recent photos in his camera roll.

As the clip goes on, Janelle become more and more enraged as she threatens to get the gym manager to check the security cameras.

“I’m just trying to get to the bottom of it because that’s really disrespectful if you did,” she can be heard saying.

In a video uploaded moments later, the woman reveals to her following that she spotted an inappropriate photo of her in the album, which was taken without consent. 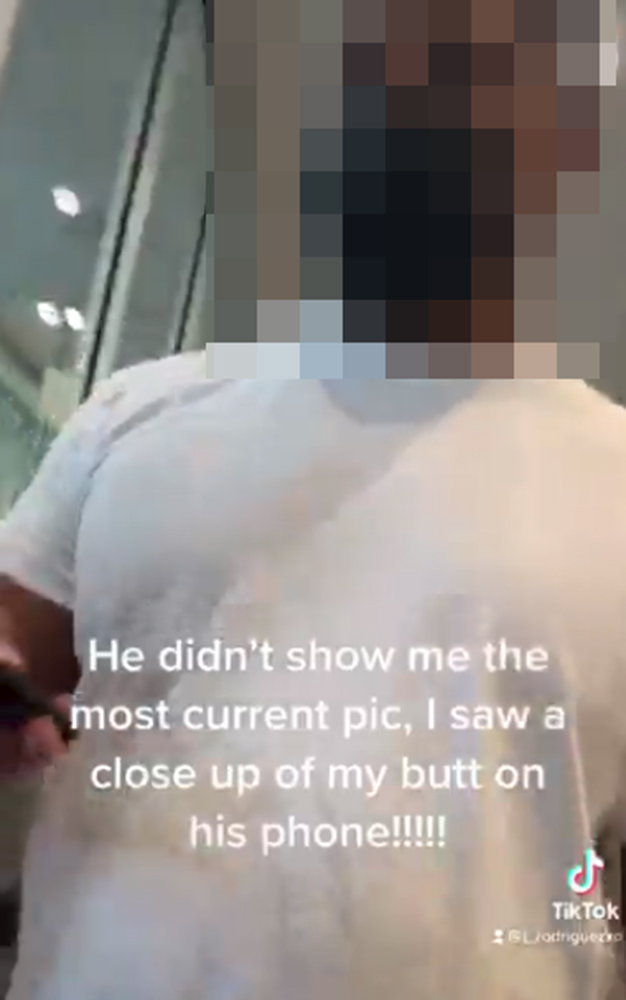 He denied it at first but she claims she ended up spotting a photo of her from behindCredit: @ j_rodriguezxo/TikTok

“I see it right there, so you’re lying. Delete it right now before I make a f–king scene,” she can be heard shouting.

As the exchange escalates the man tries to leave the gym but not before apologising for what he had done.

“I don’t want my body on your phone” Janelle continued. ” This isn’t your body. F–king piece of s–t.”

Janelle continued to share updates on TikTok and later revealed that she was disappointed that nobody stepped in to help her. 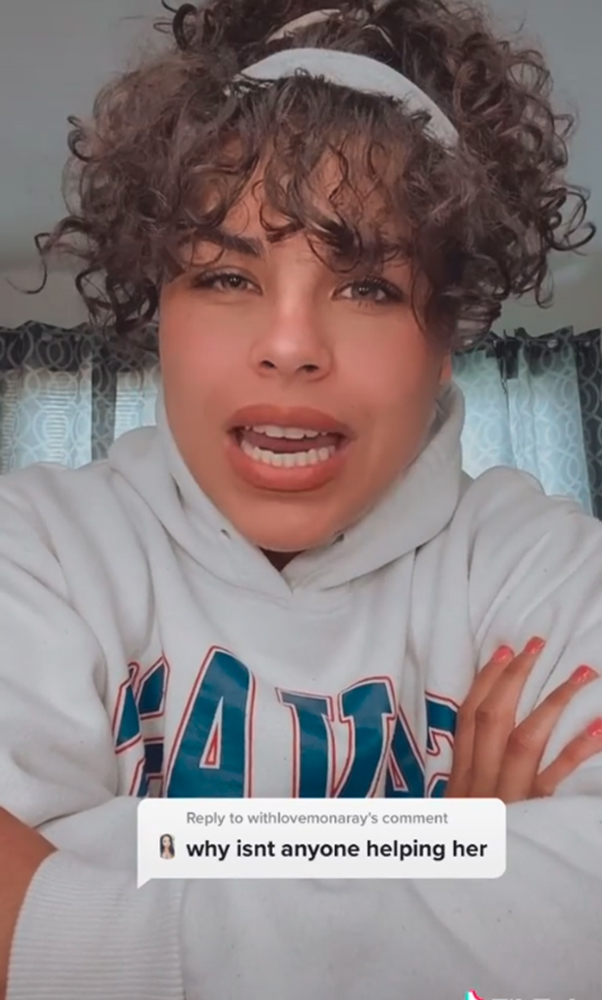 She claimed that the man’s gym membership has been revoked, but said she still expects a proper apology and his word that it will never happen again.

The series of clips detailing the incident garnered thousands of comments form people who praised her for her bravery and for standing up to him.

“You’re so brave for standing up for yourself!!! Creeps like him need to be exposed,” wrote one user.

While another said she was proud of Janelle for showing perseverance, writing:”If she didn’t persist, he would never delete them pics.”

Meanwhile, this was the ‘uncomfortable’ moment fitness star notices masked bloke photographing her in gym mirror.

And this woman was left reeling after being asked to leave the gym because her cycling shorts showed ‘too much skin’.

Plus fitness instructor, 35, poses for photo with her glam mum, 64, – and people can’t tell who is who.