A WOMAN who was stabbed to death in an alleyway has been pictured after police made a “very significant” arrest in the murder investigation.

Ania Jedrkowiak, 21, was knifed as she walked in Ealing, West London, shortly after midnight in the early hours of Tuesday morning.

Ania, 21, was found stabbed to death in an alleyway in LondonCredit: SWNS

The young woman was found with stab wounds in an alleyway off Church Gardens, South Ealing and pronounced dead at the scene.

A murder investigation was launched – which is being conducted by homicide detectives from the Met’s Specialist Crime Command.

A 20-year-old man was arrested but released with no further action but police have now detained a 29-year-old in a “very significant” development.

Police say the victim and the 29-year-old man were known to each other. 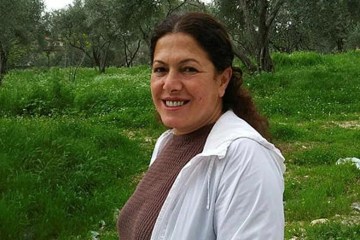 Homicide detectives from the Met’s Specialist Crime Command are continuing with their investigation.

Officers are speaking with Ania’s next of kin and they are being supported by specialist officers.

Following the tragedy, a police cordon was in place near the Rose and Crown pub, as well as near Grange School, Grange Nursery and Grange Pre-School – which were closed.

A number of forensic vans along with a police dog unit were also at the scene.

Detective Chief Inspector Brian Howie, who is leading the investigation, said: “We have now made a second arrest, which we believe is a very significant one in this investigation. The victim and suspect were known to each other.

“We are examining CCTV and speaking to any witnesses who have come forward.

“However, we are always keen to hear from anyone else who has not yet spoken to us but who thinks they may have seen or heard anything, no matter how small, that could help.

“In particular we would urge anyone who lives or was travelling in the area of South Ealing Road, between 11.15pm on Monday, 16 May and 1am the next day, or anyone who has CCTV or a doorbell camera, or a dash cam, to check it for anything that appears out of the ordinary.”

Chief Superintendent Sean Wilson, who is in charge of policing for west London, including Ealing, said: “This is a tragic incident that I know has come as a shock to the local community.

“Officers remain at the scene as our searches and forensic examinations continue. We will also have additional visible patrols in the local area tonight and in the coming days.

“We are grateful to those who live and work nearby for their support and understanding as we continue our work. We recognise the inconvenience it has caused.

“Where possible we have taken steps to allow businesses and other venues such as the local church to reopen as soon as our investigation allowed.

“I am particularly mindful of the proximity of this incident to a local school – something which meant the school had to remain closed on Tuesday.

“I know parents will be apprehensive and I’d like to reassure them that we are working with the school to make sure children can continue their learning with minimal disruption. We anticipate it will be able to reopen from Wednesday morning.

“If anyone in the community has concerns I would encourage them to speak to an officer, contact their neighbourhood policing team or call the non-emergency number on 101.”