TECH mogul John McAfee was found dead in his prison cell on June 23, 2021, at a prison in Barcelona, Spain.

McAfee’s death was shocking as Spain had just agreed to extradite him to the US for trial tied to white-collar crimes.

John McAfee, 75, was in prison after being arrested on October 3, 2020, at El Prat airport in Spain.

Spanish officials arrested him on behalf of the US Department of Justice.

He was accused of failing to pay tax returns for four years, though he’d earned millions from consulting work, speaking engagements, cryptocurrencies, and selling the rights to his life story for a documentary.

The US DOJ alleged that he had evaded paying his taxes in the state of Tennessee by having his income paid into bank accounts and cryptocurrency accounts in the names of other people.

He also allegedly concealed assets, including a yacht and real estate, which were also filed under other people’s names.

The tax-related criminal charges meant he could have faced up to 30 years in prison if found guilty.

The day after his arrest in October 2020, the US Securities and Exchange Commission filed a separate complaint alleging that he had lured unassuming Twitter users into a cryptocurrency scheme.

He reportedly made more than $13 million in the scam, which he was later charged with, alongside his bodyguard.

In a hearing held via videolink, McAfee argued that the charges against him were politically motivated and said he would spend the rest of his life in prison if he was returned to the US.

Was John McAfee ever charged?

In March 2021, McAfee and his bodyguard Jimmy Gale Watson Jr were charged for a scheme to allegedly exploit McAfee’s mass Twitter following.

According to the US Department of Justice and the US Commodity Futures Trading Commission, the pair allegedly publicly touted cryptocurrency offerings and digital tokens that they later sold once prices rose on the promotions. 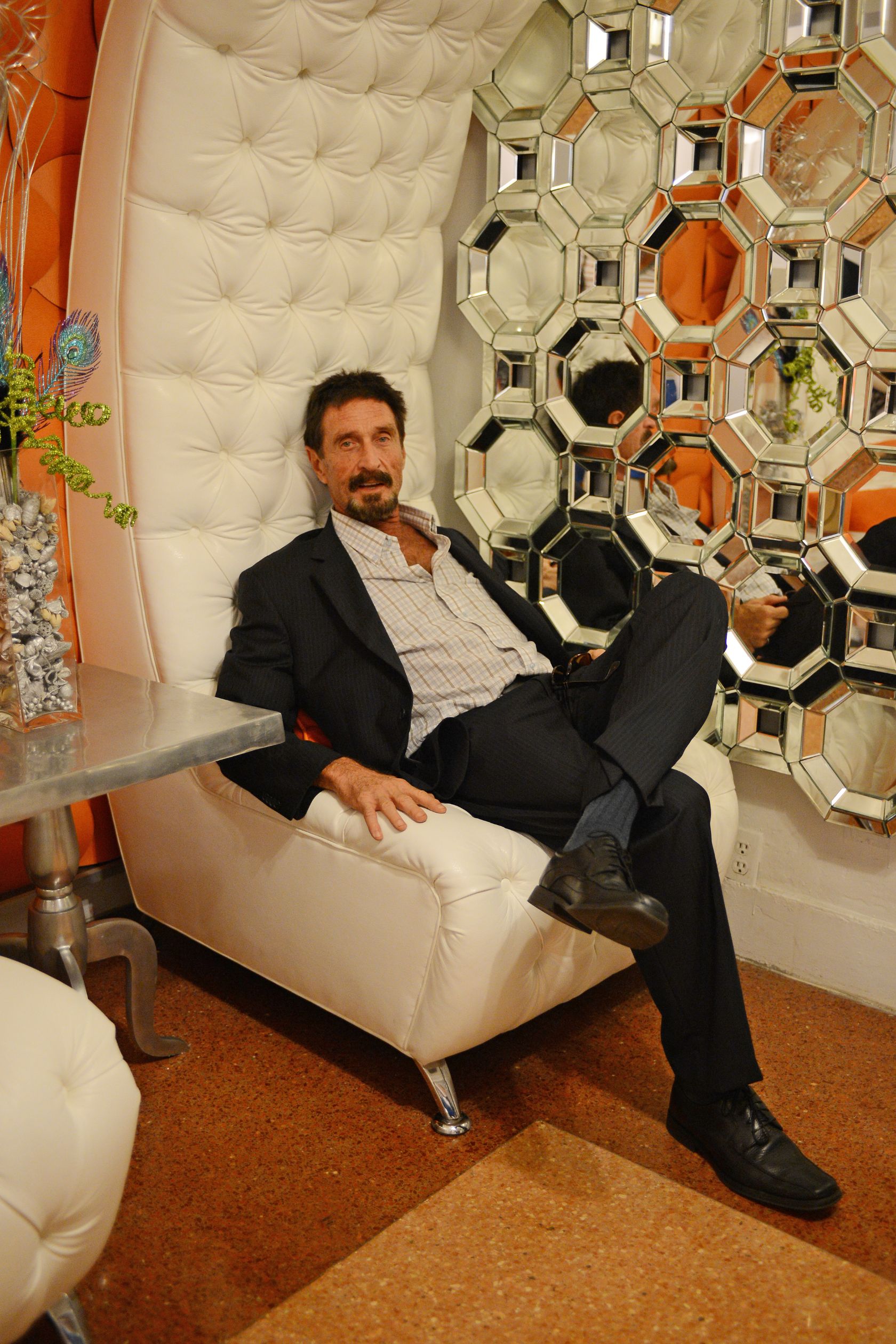 McAfee was a wanted man in the US over tax-related chargesCredit: The Mega Agency

Manhattan US Attorney Audrey Strauss said that McAfee, Watson, and other members of the “cryptocurrency team” allegedly gained more than $13million from investors “they victimized with their fraudulent schemes.”

At the time, McAfee was being detained in Spain on the previously mentioned criminal charges filed by the Justice Department’s tax division.

Strauss said: “As alleged, McAfee and Watson exploited a widely used social media platform and enthusiasm among investors in the emerging cryptocurrency market to make millions through lies and deception.”

She added: “The defendants allegedly used McAfee’s Twitter account to publish messages to hundreds of thousands of his Twitter followers touting various cryptocurrencies through false and misleading statements to conceal their true, self-interested motives.” 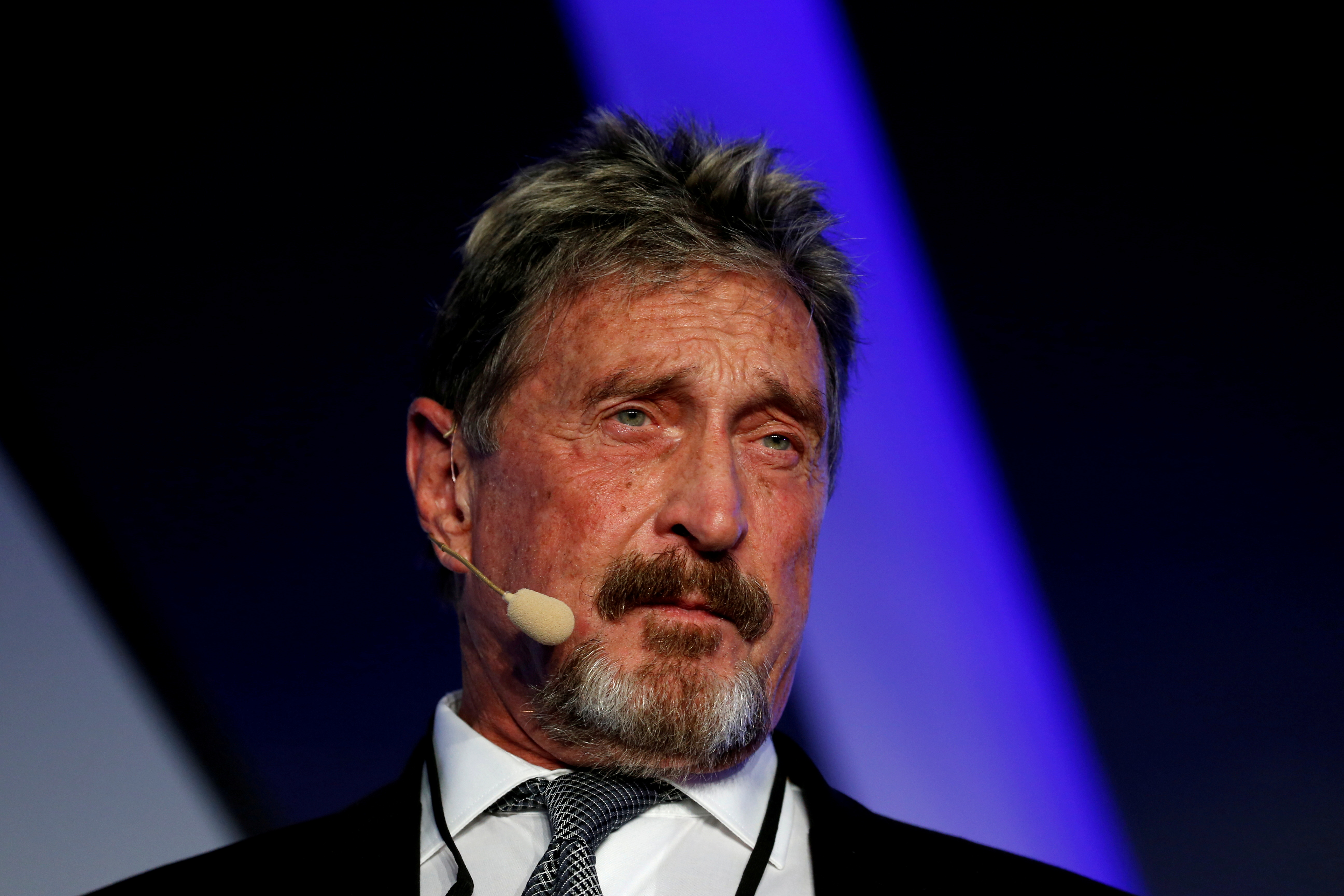 McAfee was going to be extradited to the US to face a courtCredit: Reuters

What was John McAfee’s cause of death?

McAfee reportedly took his own life and hanged himself in prison in Barcelona, Spain.

According to the Spanish newspaper El Mundo, jail staff members tried resuscitating McAfee but were unsuccessful.

Reports of McAfee’s death came hours after Spain’s National Court approved his extradition to the US.

However, McAfee could have appealed the extradition.

McAfee’s death has raised questions on social media among his fanbase after the tech mogul tweeted back in 2019 that “If I suicide myself, I didn’t. I was whacked. Check my right arm.”

A tattoo on his arm says $whackd, insinuating that he was murdered.

Is there a documentary coming out about McAfee?

Netflix announced in July 2022 that a new documentary would be released about McAfee, expected to be out on August 24, 2022.

The documentary, titled Running With the Devil: The Wild World of John McAfee, follows McAfee’s post-technology life, including his time on the run from authorities across the Caribbean and other countries.

All of the video footage of McAfee is authentic.

Film of the late software inventor came from filmmakers he hired to sail through the Caribbean and across international borders with him, hoping to one day tell his story to the world.

According to Deadline: “With exclusive access to hundreds of hours of previously unseen footage and in-depth accounts from the people who knew him best, the doc follows McAfee as he travels deep into the Belizean rainforest, across international borders, up river in the jungles of Guatemala and through the Bahamas on a boat loaded with guns, drugs and alcohol, trying to stay one step ahead of the alleged pursuers.”