CELEBRITY MasterChef is back for another season, seeing some of Britain’s favourite celebs battle it out in the kitchen.

But every week one unlucky celeb from the star line-up is given the boot by judges John Torode and Gregg Wallace – here’s who left.

Comedian Kae Kurd was the second contestant in this year’s Celebrity MasterChef to be eliminated.

The British-Kurdish stand up comic and writer didn’t manage to impress the judges with his final dish and failed to make it to the quarter-finals.

Kae said: “Obviously I’m gutted but I came in with the skills I did, and I’ve left with more skills.

Gregg and John instead decided to give the go-ahead to reality TV star Faye Winter, singer Danny Jones and legendary comedian Paul Chuckle.

In the previous episode, Nancy Dell’Olio, a veteran of shows including Strictly and Celebrity Big Brother, was the first cook to get the boot. 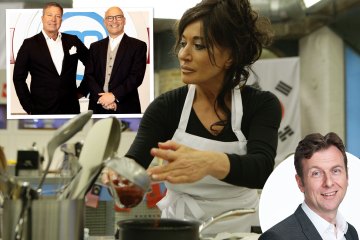 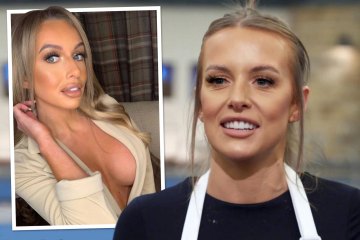 The writing may have been on the wall for the Italian, who once dated former England manager Sven Goran Eriksson, from the start.

When judge John Torode asked what was in her fridge if she needed to cook, she replied bluntly: “Water, champagne and wine.”

However, some fans were outraged she had gone, with one saying they would “riot” after she was sent packing.

But sadly it was Nancy who John revealed would be leaving, and said: “Love your heels, love your style, thank you very much, you’re leaving us.”

Who else is in Celebrity MasterChef?

There are still 19 celebrities battling out to be crowned winner.

Who has left Celebrity MasterChef so far?

Each week the show sees one unlucky celebrity leave the show, after failing to impress the judges.

The stars who have left so far are:

How can I watch Celebrity MasterChef and what is the show’s format?

Celebrity MasterChef 2022 airs every Wednesday, Thursday, and Friday on BBC One.

The show times may vary, but will either be on at 8pm or 9pm, and can also be watched on the BBC iPlayer.

The show sees the 20 celebrities split up into four groups of five, and each week one group goes through different heats.

The winner at the end of the week then goes through to the semi-finals.