ABIGAIL Elphick has been branded on social media as the “Victoria Secret Karen” due to a viral video.

Elphick, a white woman, allegedly attacked a black woman and was caught on camera having a meltdown inside the lingerie store.

Abigail Elphick is believed to be 24 years old and resides in New Jersey.

It was reported that she is a teacher’s aide at Cedar Grove in Newark, New Jersey, though the school district denies she was ever employed there.

Cedar Grove posted a disclaimer at the top of their homepage denouncing rumors that Elphick works for the district, saying: “The individual involved at the Mall at Short Hills that took place on July 11, 2021, is not and has never been employed by the Cedar Grove Board of Education.”

According to a Classmates profile, Elphick “is going to school to become a Child Development Associate teaching preschool aged students.” 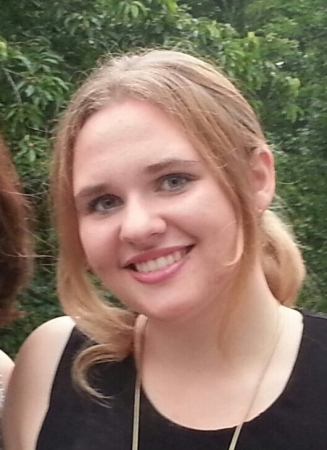 Elphick resides in New Jersey and is believed to be 24 years oldCredit: Classmates / Abigail Elphick

She also says she “graduated in June of 2014 at Cedar Grove High School when I was 18.”

What happened with Abigail Elphick?

Elphick is being accused of attacking a woman named Ijeoma Ukenta inside a Victoria’s Secret store at Short Hills Mall, according to a police report.

The clip, taken by Ukenta, appears to show Elphick charging at her as if she is going to allegedly hit her.

In other recordings, Ukenta said she was browsing inside the store when Elphick moved in front of her, allegedly pushing her out of the way.

Elphick appears to notice Ukenta recording her and begins to have a meltdown inside the store, pretending to faint by the registers.

She demands Ukenta stop recording her, yelling, “Get away from me!” while chasing her.

Ukenta proceeds to notify the employees and they bring in security, who gets backup from the Millburn Police Department at Elphick’s request.

However, they inform Ukenta that they cannot escort Elphick out of the premises.

Elphick later appeared to apologize in a police report, claiming that she had a panic attack when realizing she was being recorded.

She also cited that she was “concerned about losing her job and apartment if the video was posted online,” according to the police report.

What did Ijeoma Ukenta say about Abigail Elphick?

Ukenta posted a clip reading the police report she filed against Elphick, saying: “Mind you, they took her statement first because, of course, she called the police.

“She’s trying to say I started videotaping her causing her to have a panic attack, at which time, she followed me to try to get me to stop recording.”

“So, I’m filing the complaint against the two officers that responded.

“I didn’t feel protected. I’m also filing a complaint against the mall security.”

Ukenta noted that the Victoria’s Secret store staff assisted her and informed their manager.

She said that the store sent someone to walk down and find security because they were taking too long to help her.

She added: “So, I don’t really have any issues with them … not as of yet,”

“Now, if they give us problems getting the video, then we’ll talk about that. That’ll be another story.”

Ukenta created a GoFundMe account, titled HELP ME DEFEND MYSELF AGAINST KAREN on July 12, 2021.

Part of the description for the fundraiser states that Ukenta is “looking to hire an excellent attorney who can help me bring light to this wrong.”