ERIC Adams has a lot to celebrate.

Who is Eric Adams?

Adams, 60, is a retired police officer, politician, and author.

Since 2014, he has been the 18th Brooklyn Borough President and is currently running for in the 2021 mayoral election.

A 1984 graduate of the New York City Police Academy, Adams received his master’s degree in public administration from Marist College.

Adams served as a NYC officer for 22 years before getting into politics.

According to his website, when he was just 15-years-old he was beaten by police officers in a precinct basement and then made the decision to join the academy to spark change.

Since joining the police force, he founded 100 Blacks in Law Enforcement Who Care, an advocacy group that focuses on fighting injustices between the African American community and the NYC Police Department.

Adams is also one of six children and was raised in Jamaica, Queens, by a single mother who cleaned houses. 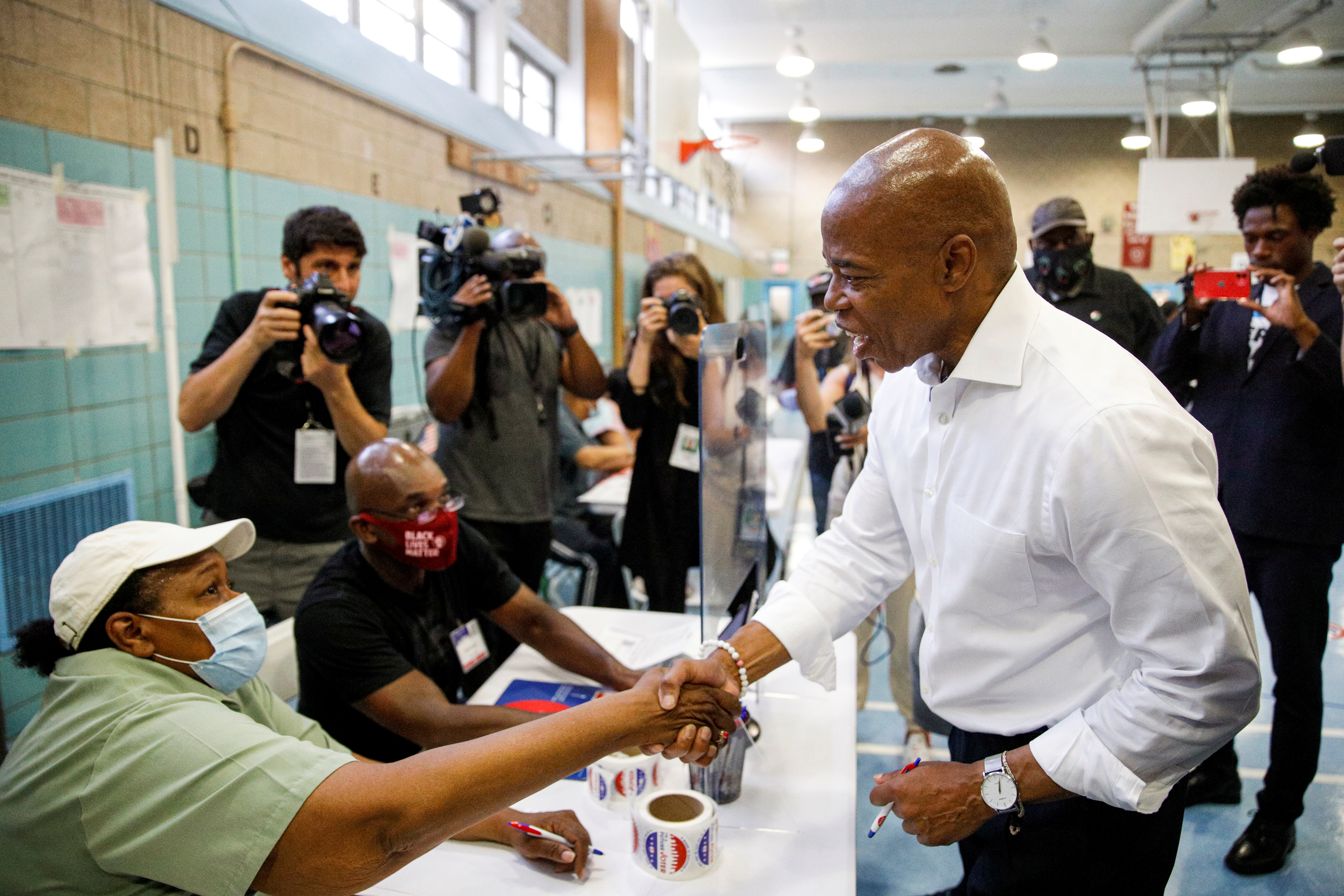 Adams campaign is centered around crime and public safety reform

What are Eric Adams’ policies?

Adam’s campaign is centered on crime and public safety.

According to his campaign website, his governmental policies include:

His website also lists that his safety policies include:

If elected to office, Adams also wants to tackle other pressing issues in education, healthcare, housing, and work on changing the economy for the better. 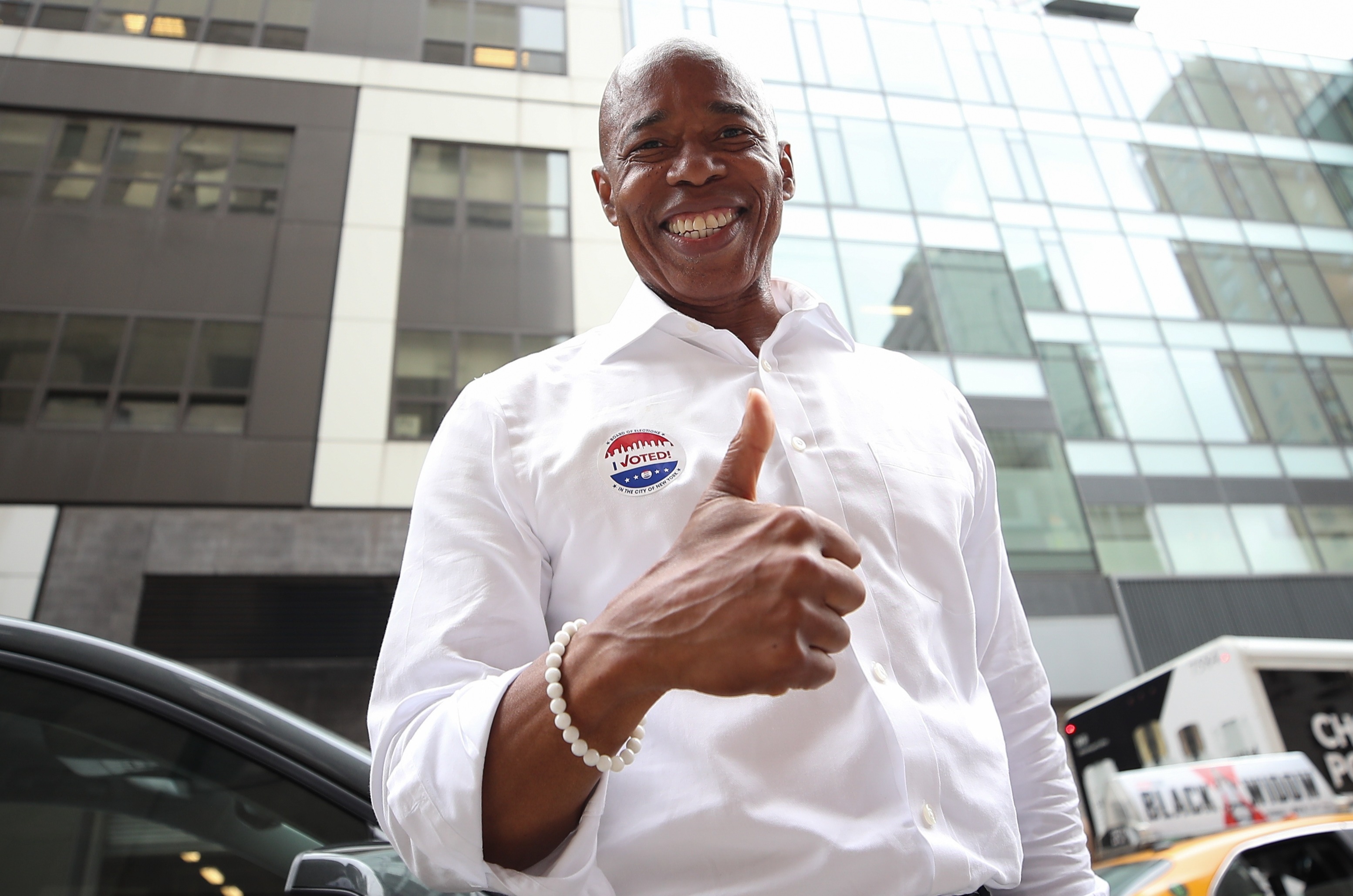 Along with being a mayoral candidate, Adams is also a husband and father.

Adams is married to Tracey Collins and together have one child, a son, Jordan, 25.

Not much information is available on his wife, but she currently works as a NYC educator

Adams opened up in June 2021 about his private life and said that he prefers to keep it that way.

“Throughout my entire police career, none of my colleagues knew I had a son. I wanted to shield him from the reality of what I was doing. I became very private,” he said.

His son Jordan is currently an American actor and director.

He is best known for voicing Tyrone in seasons two and three of The Backyardigans.

Jordan also starred in Payin’ the Price back in 2011. 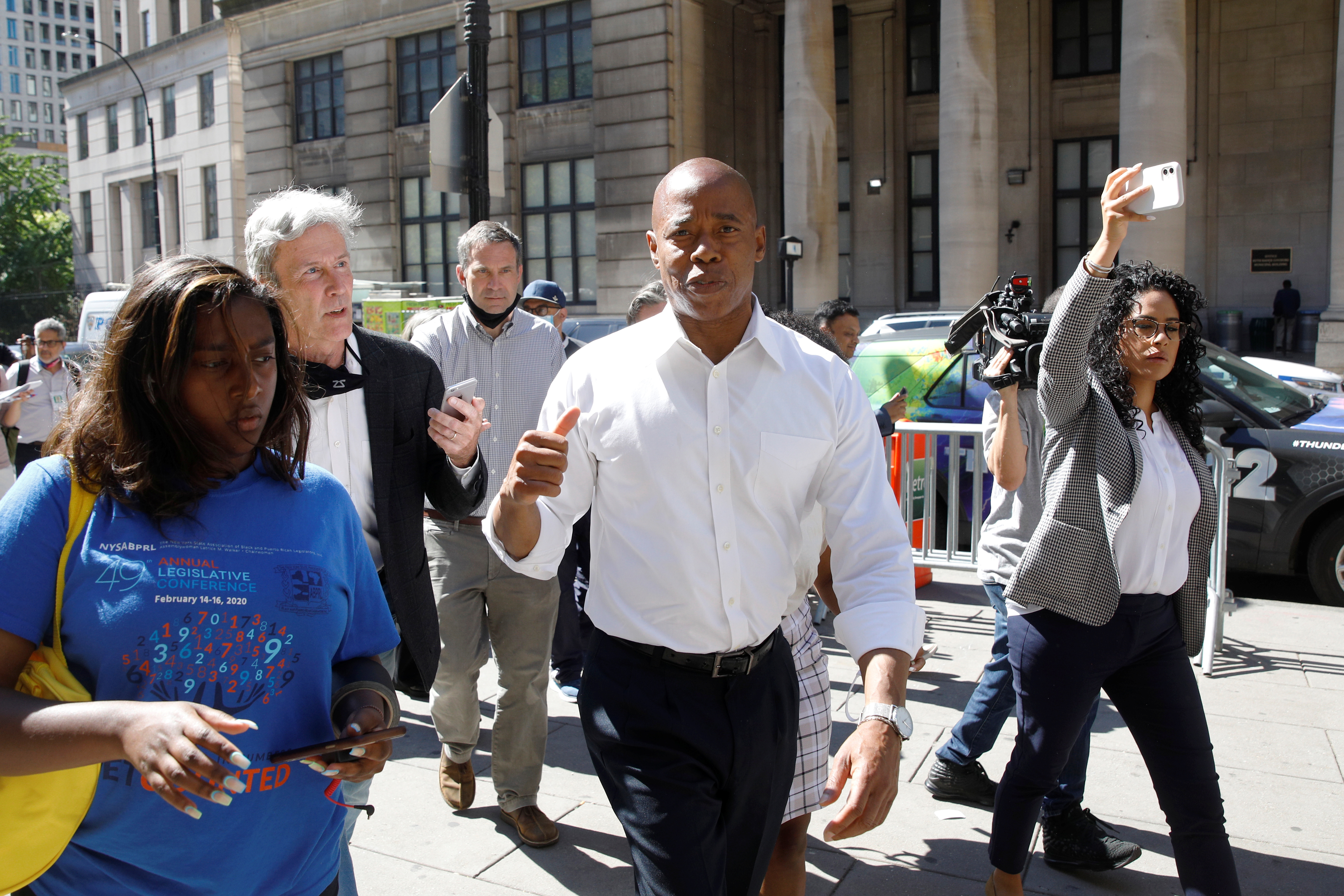 On June 1, 2021, Adams opened up to the New York Post about how becoming a vegan, saved his life.

In 2016, Adams started a vegan diet after temporally losing his vision to Type 2 diabetes.

Adams was diagnosed with Type 2 diabetes after years of eating junk food which led to weight gain, his vision loss, and other symptoms.

“I had permanent nerve damage in my hands and feet that the doctors stated would lead to amputation,” Adams told the New York Post. “I [also] had high blood pressure and high cholesterol.”

After searching on Google about reversing the diabetes, he then found a doctor in Ohio who advised him to change his diet and three weeks after becoming a vegan, he regained his vision and after three months, the nerve damage disappeared.

He told the New York Post that he has lost 35 pounds since his transition, and also lowed his cholesterol by 30 points.