There is plenty to do this week

It’s amazing how quickly you can get back into the groove. We’ve been going out and staying out way past our bedtime — and we’re only just getting started!

This week, you might catch us bagging a restaurant reservation at Coal Drops Yard (you know how tricky it is to get bookings, right?), quaffing fancy cocktails in a Victorian secret garden, taking in a movie on the sands of the country’s biggest indoor beach (indoors! We’ve missed you!), hoovering up £6 noodles and free beer, going face down into bottomless kababs (yes, you read that right, it isn’t a typo!), and blending a workout with whizzing up brekkie.

It’s going to get messy, people! 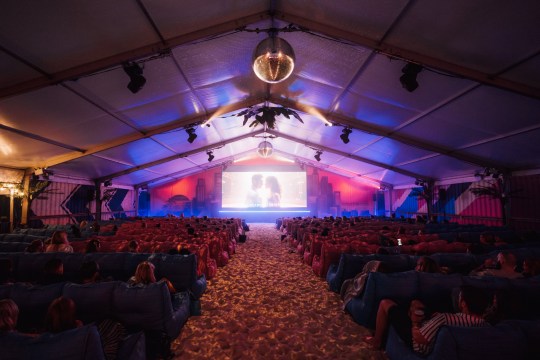 Dig your toes in the sand at Backyard Cinema (Photo: Grant Walker)

So that trip to Miami Beach is looking decidedly iffy, but you can still enjoy summer, thanks to Backyard Cinema, who have created the country’s biggest ever indoor beach so you can at least get a feel of the sand in your underwear this year.


Sign up to The Slice for weekly food tips

Get our tips in your inbox every week with The Slice newsletter. Sign up here.

And it’s not just sand they’ve sorted out — tonnes of the stuff! — it’s also some of the big cinema releases we’ve been missing out on due to you-know-what. We’re talking Wonder Woman 1984 and In The Heights, as well as old favourites from Grease to Mamma Mia! plus Pride specials in case Mamma Mia! isn’t camp enough. And there’s 25 per cent off for NHS workers. Glamorous and kind! 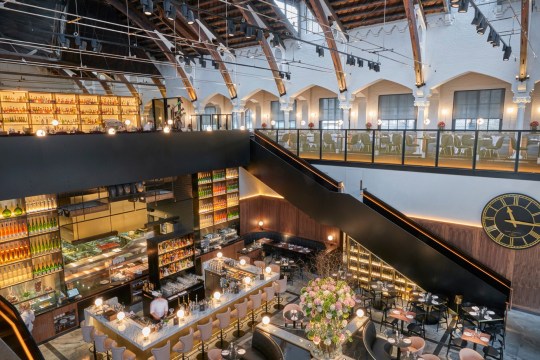 They’re calling it Hot Ticket and it means you can enter yourself into the race for the best table, so even if you haven’t been one of those smug, organised people who made a reservation back in 1954, you could still get the best spot on a Friday or Saturday, even in a booked out restaurant such as German Gymnasium, Barrafina, Plaza Pastor and Casa Pastor.

Sure, we’d prefer EuroMillions, but this is great until our lucky numbers come up.

Head to Instagram on Monday mornings to enter. Until June 19, King’s Cross, N1

Grab life by the… apples! 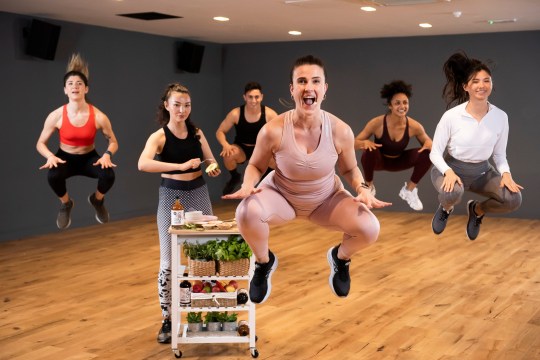 Time to CICC-Ass (Photo: Will Ireland)

The prospect of a foreign beach holiday may be diminishing but we still need to be British-park-with-a-bottle-of-fizz-ready, which is where CICC-Ass comes in.

To celebrate (if that’s the word?!) the return of group exercise classes, OSU, the apple cider vinegar people (so healthy! Have a morning shot! Seriously!), are launching a combo of healthy cooking and HIIT, which is short for hard-core workout.

So you turn up with your gym kit and do a Completely Intensive Cooking Class (CICC sounds like Kick, get it?), where you learn to make healthy drinks and breakfasts, punctuated with bursts of high-intensity exercise that’ll set you up for the day.

Your path to a leaner, fitter, more swimwear-friendly body — all ready for next month’s predicted heatwave. Boom! As they say.

An oasis of calm… and cocktails 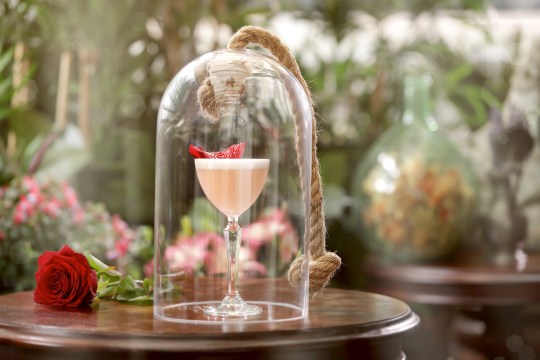 As the weather shows signs of perking the hell up (come on weather people!), what better way to spend a sunny afternoon or evening than in a secret garden in the heart of London’s glittering Mayfair?

Basically, it’s a Victorian garden with vines and flowers, a rose walk and even an orangery (and, crucially, heating!) that’s through a secret entrance where you can avail yourself of — and this is the good bit! — some of the finest cocktails being served up in London right now. Or just go for a refreshing jug of Pimm’s and lemonade.

And it’s all thanks to Mr Fogg, the Victorian adventurer whose residence is steps away from the secret garden. It’s all very high-concept but, you know, cocktails! Right?

I could Murger a beer right now 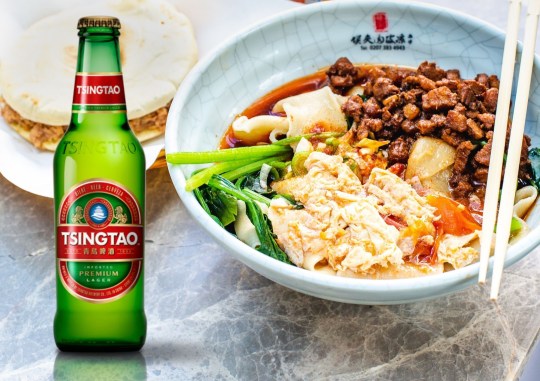 We’d be raring to go on this one even if they weren’t offering free beer.

Oh, that got your attention! Yes, people, noodle kings Murger Han reopened their three dining rooms this week and you won’t even necessarily have to book as they’re saving half their space for walk-ins. T

Take them up on their Lucky 6 offer and, between 3pm and 6pm every day until June 17, you’ll get one of their full-size noodle dishes (including veggie and vegan) for a mere £6 — and for the first week they’ll lob in a complimentary bottle of Tsing Tao beer (or a softie, if you’re a softie) for each customer dining in.

The free beer is only until Monday, though, so get in quick!

Venues in Euston, Mayfair and The City

All you can eat ‘babs 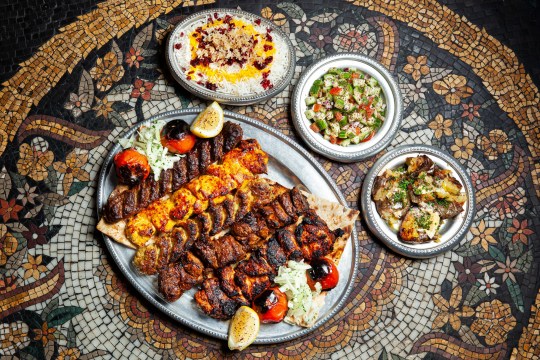 Late-night bottomless kababs (with two a’s) in Soho! No, not the end of a very messy night out, but an actual offer where you get to chow down on as much boneless chicken breast marinated in saffron, lemon, yogurt and tomato — or minced lamb shoulder, onions and black pepper — as you can manage.

They’ve clearly not seen how fast you can sweep a buffet or the people at Berenjak would never have been so reckless.

Yep, from 9.30pm and for just two crisp £10 notes, you get to Pac-Man your way through delicious Iranian fare — and there’s even a drinks offer (bottomless!), if you haven’t already had enough.

One man’s Junk is another’s treasure 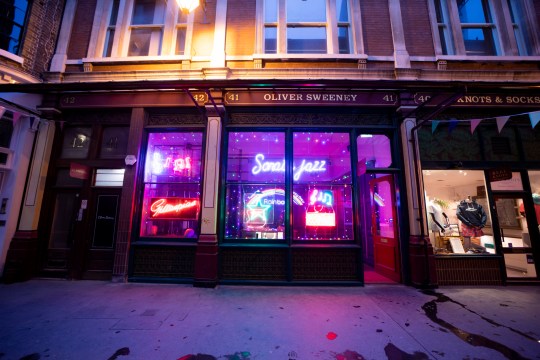 Glow on, get yourself to Leadenhall Market

There’s nothing quite like neon. Sleazy, exciting, retro… and who doesn’t look good in the flicker of a classic bit of neon?

If you’re with us on that, we’ll probably see you down at Leadenhall Market — you know, that covered area in the City that was in Harry Potter and goodness knows what else — for an ongoing exhibition, if you can call such an immersive technicolour extravaganza that, by Gods Own Junkyard, neon-providers to the stars (and the films those stars were in).

Actually, it’s more a series of installations showcasing the best from the GOJ archive, as featured in everything from Batman to Tomb Raider, Eyes Wide Shut, Judge Dredd and Charlie And The Chocolate Factory.

Movie history in some blinking amazing surroundings. And it’s free!

Meals to make your mouth water 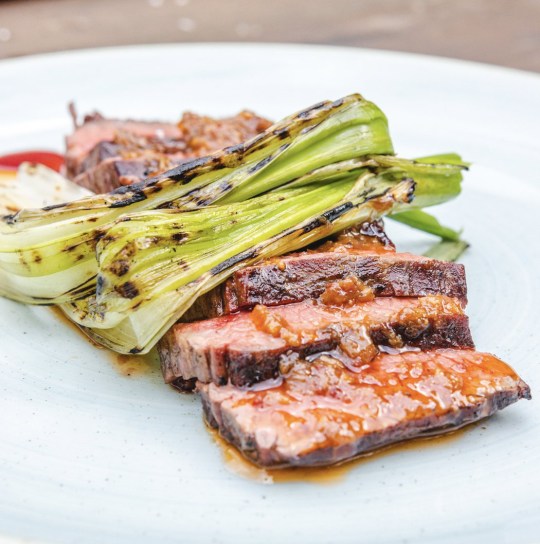 Rogues London is embarking on a Hackney residency

Hackney is not what it used to be and ain’t that the truth.

Can you imagine, back in the day, being able to feast upon such delicacies as XL diver scallop, seaweed butter and balsamic reduction? You’d have been lucky to get chilli sauce on your kebab.

Or how about whole Cornish sole or Highland wagyu skirt?

It’s all there for the eating at Rogues London, hosted by the Hackney Coffee Company, where it’s all about the BBQ and which cunningly has outdoor space (and heaters!) for up to 40 people.

The brainchild of Freddie Sheen, whose chef CV reads like something foodies might take to bed to get them in the mood, catch this roguish residency while you can.