THUNDERSTORMS can be quite exciting if you’re tucked up in a duvet and watching one from the comfort of your own home – but not so much if you’re caught in one outside.

So what actually is thunder and lightning, and how can you work out how far away it is?

What is thunder and lightning?

Keeping track of the UK’s unpredictable weather is a full-time job.

If you’ve ever wondered what’s actually happening when a thunderstorm strikes, you’re not alone.

A lightning strike is when an electrical discharge from the atmosphere is sent down into an Earth-bound object.

Most lightning strikes do not touch humans and the odds of being struck by lightning are very low.

Those who spend a lot of time out in the elements, such a golfers, climbers, hill walkers, and agricultural workers are thought to be at the highest risk of being struckCredit: Getty

According to the Royal Society for the Prevention of Accidents (ROSPA), lightning hits the ground about 300,000 times a year in the UK.

30 to 60 people are struck by lightning in Britain annually, and three – or 5-10% – of these strikes result in death.

People who spend a lot of time outdoors, such a golfers, climbers, hill walkers, and agricultural workers are thought to be at the highest risk.If you’ve seen lightning but not hears thunder, it doesn’t mean that it wasn’t there, it just means it was too far away.

This often called heat lightning (or silent lightning) as it often happens in summer.

What causes thunder and lightning?

According to the Met Office, “thunderstorms develop when the atmosphere is unstable” which happens when “warm air exists underneath much colder air”.

As the warm air cools as it rises, condenses to form water droplets and a cloud.

With the right conditions, this cloud builds to form a cumulonimbus cloud which produces thunder and lightning. 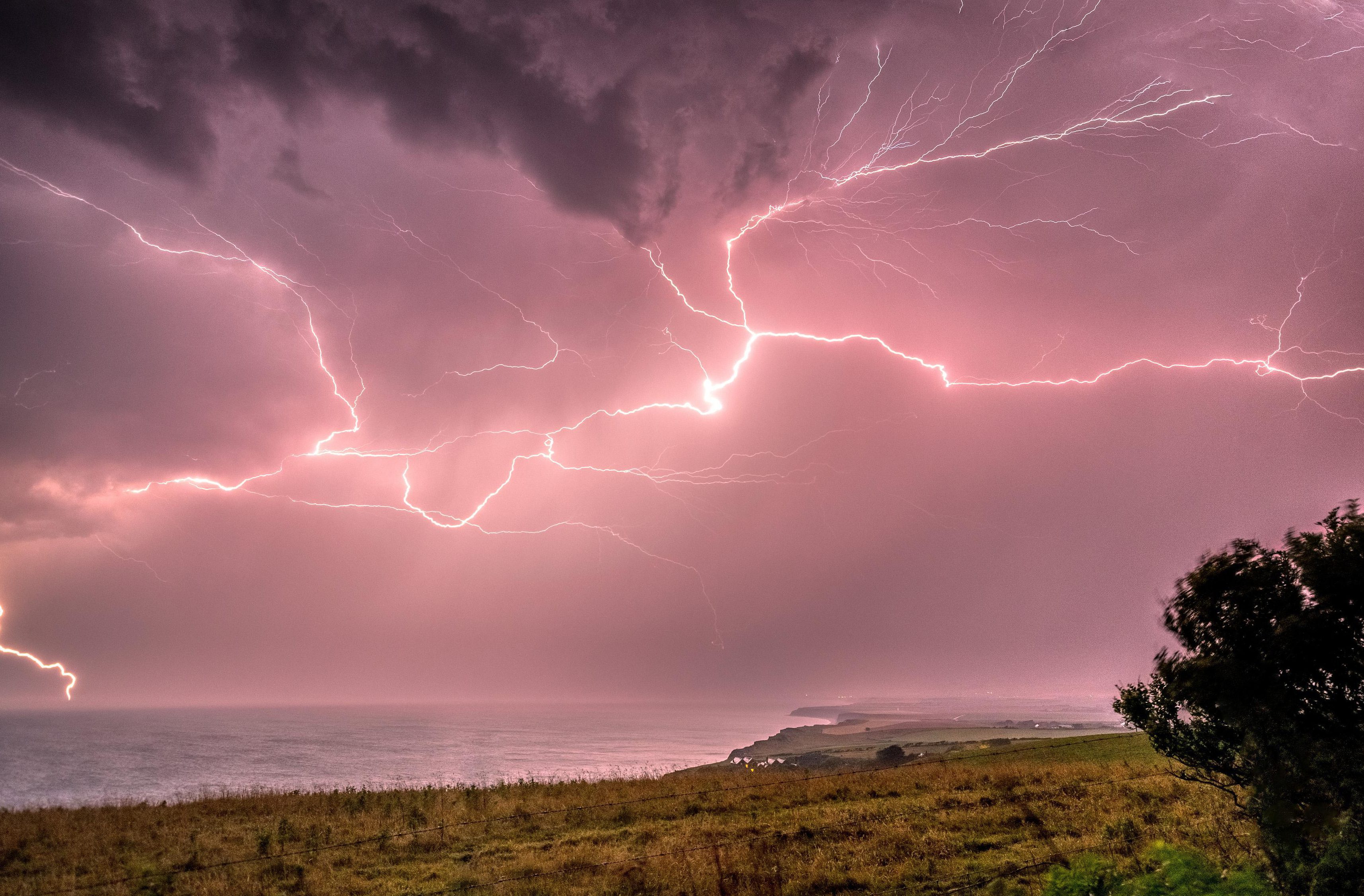 A simple counting technique can be used to work out roughly how far away a storm isCredit: IslandVisions/BNPS

How to work out how far away thunder and lightning are

You can use the time between the flash of lightning and the rumble of thunder to work out how far away the storm is.

When you see the flash of light count the number of seconds until you hear the thunder – Mississippi counting is recommended, only the very confident should freestyle.

For every five seconds you counted the lightning is one mile away.

This is because light travels faster than sound, so although they originate in the same place the sound takes longer to arrive where you are.

The general rule is: if the gap between the lightning and thunder less than 30 seconds, it is close enough to pose a threat.

It is recommended that you wait for 30 minutes after the storm has passed before you resume you normal outdoor activities.

Can you have thunder without lightning?

Though they’re referred to separately because of the way we perceive them, they always occur together.

Thunder is actually the sound caused by the lightning so by definition you can’t have one without the other.

Depending on the distance, the sound can be a short violent crack or a slow, low grumble.