NOT everyone can enjoy a Silent Night it seems, with lockdowns seeing more of us moaning about neighbours having noisy sex.

A Manchester mother of three reportedly made life “a misery” for other residents with her raucous romps in 2020’s first lockdown in the spring. 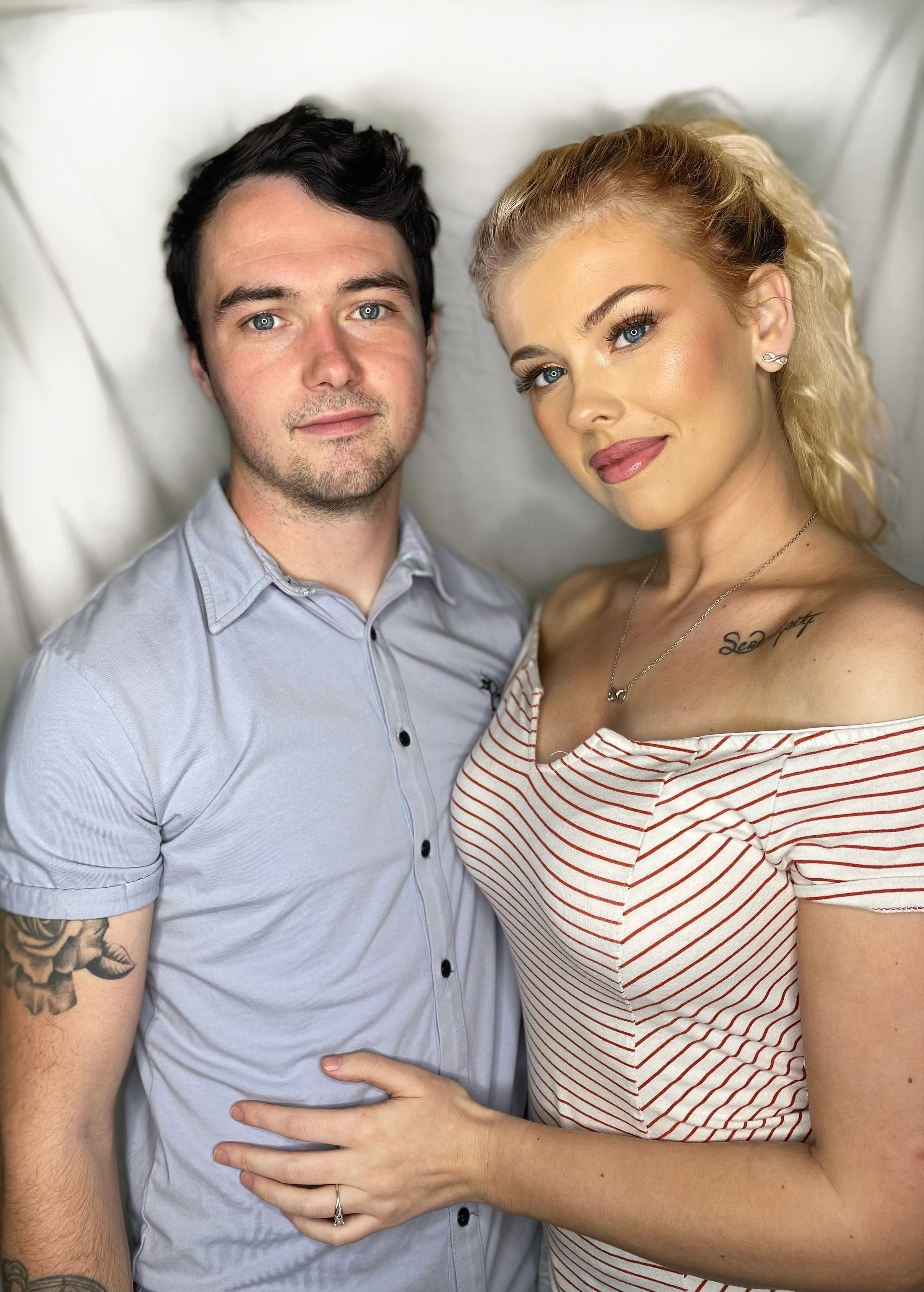 While council officials deemed the racket “natural”, two thirds of people in a poll by comparison site Save On Energy would like to FINE neighbours for rowdy sex.

But what if YOU and your partner are the noisy ones?

Alicia Loveday, 26, and Adam Howard, 24, are loud and proud lovebirds — and insist they cannot help it.

The pair, who live in Wigan, have ­bothered their neighbours, woken babies and dogs and had security called in hotels. 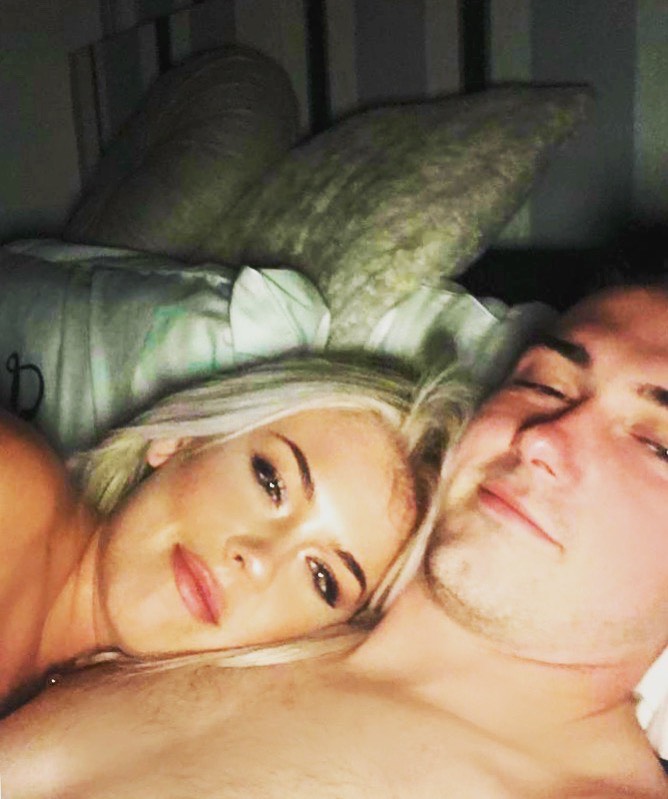 The couple, who met three years ago, have received plenty of complaints over their noisy romps

She says: “We are very passionate and that is why we’ve had problems with people finding our love-making noisy.

“We found each other sexually attractive from the start.

“Our first kiss was very ­passionate when we met in a Wigan nightclub and it was full of heat from the off.

“But we never thought we’d have the catalogue of tricky ­situations we’ve had brought on us by noisy sex. 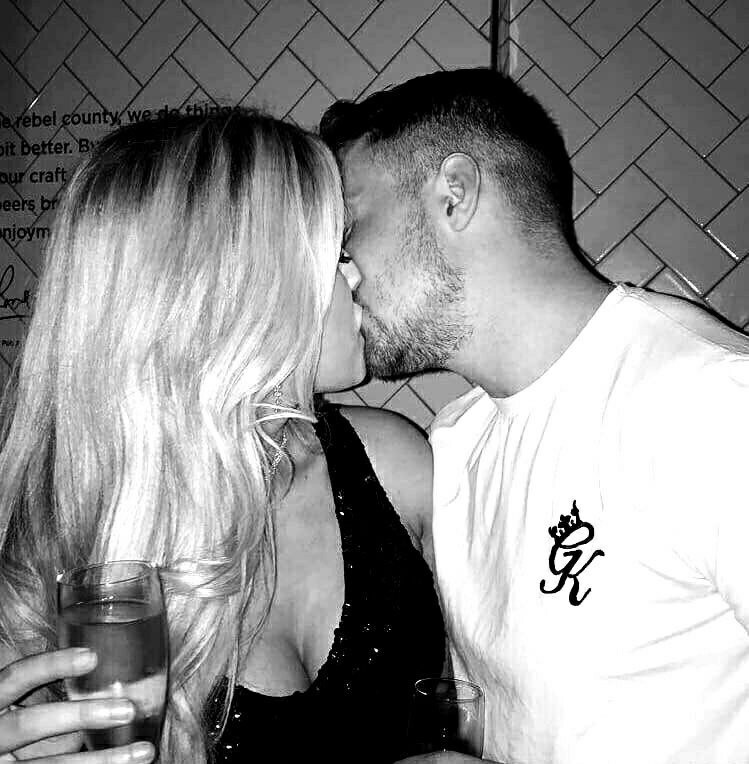 “When we first met, Adam was living in barracks.

“We were at his camp for the first time and had no idea that when we had sex, we were being noisy.

“We were caught in the moment, so didn’t think to worry about how loud we were.

We never thought we’d have the catalogue of tricky ­situations we’ve had brought on us by noisy sex.

“But his mate in the room next door made a comment the ­following day that he could hear Adam ‘had his girlfriend around’. We were horrified.”

Alicia says: “In a hotel in the Lake District, the security man came up to our room as they’d had complaints about the noise we were making.

“We were keeping other guests awake.

“I answered the door in my nightdress to be greeted by this burly security guard. 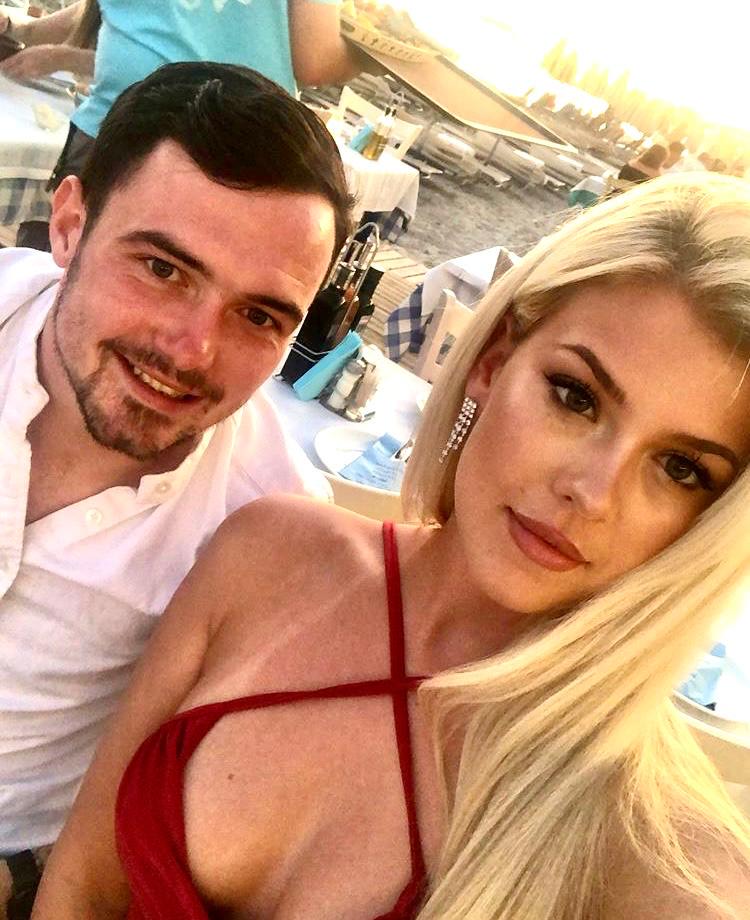 “I was mortified and promised to keep it down.

“During another hotel stay, in Beaconsfield, the people in the next room put a note under our door saying it sounded like we’d had fun but next time we should think how uncomfortable it makes ­others feel. I went bright red.

“We started to realise we were maybe noisier than other people and it was finally driven home to us when we stayed with friends and they banged on the wall and told us to shut up.

“I was again so embarrassed.

“Hearing someone ‘at it’ can be awkward, especially if you know them and are facing them the next day. 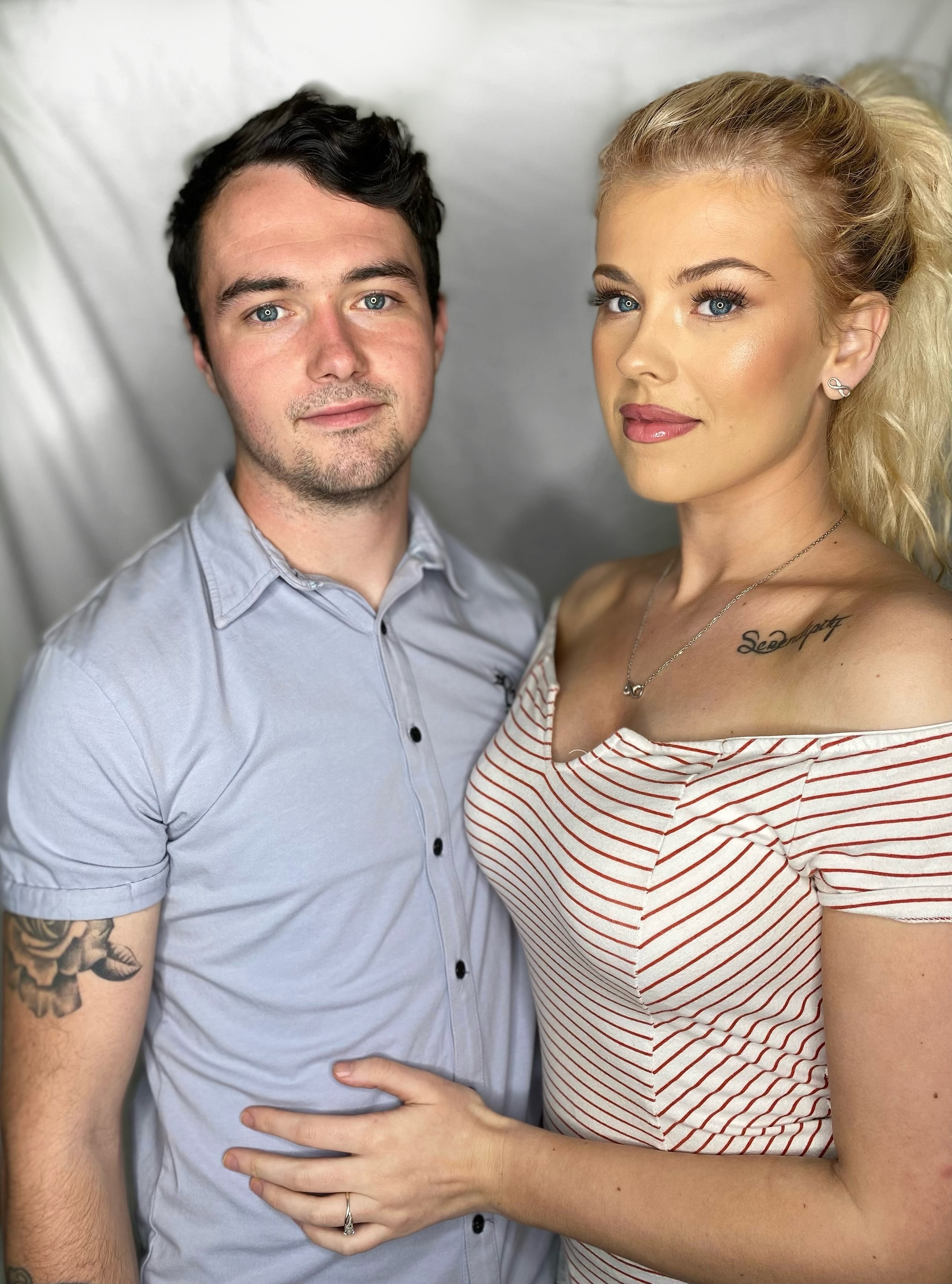 Since realising their volume was an issue, they have tried to keep their passion private

“I would die if our ­parents heard us, so that’s when biting a pillow helps.”

Since realising their volume was an issue, the pair have tried to keep their passion private at home.

But they currently share a house with Adam’s mum.

I would die if our ­parents heard us, so that’s when biting a pillow helps.

Alicia says: “Adam works away very often, for days at a time, so we think the problem is the long-distance relationship and all the built-up frustration.

“We miss each other and when we are back together we can’t keep our hands to ourselves.

“We manage sex at least twice a day if Adam is home for the weekend. 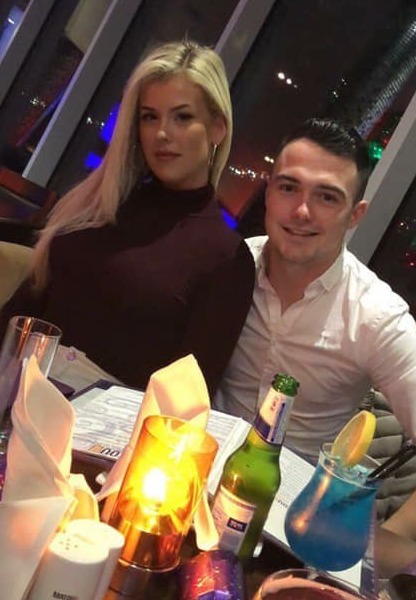 But with Adam working away, they still struggle with ‘built-up frustration’

“We try to have sex when the house is empty but even then we have ended up in trouble.

“Adam’s mum and stepdad were on holiday in Norway last ­Christmas so we took the ­opportunity to let go and had sex upstairs.

“We were so excited to have the house to ourselves that we took advantage of not having to worry about putting a pillow behind the headboard or about the sounds we were making.

“We even made it festive in the spirit of the season and I dressed as Mrs Claus. Like everyone, we feel naughtier at Christmas. 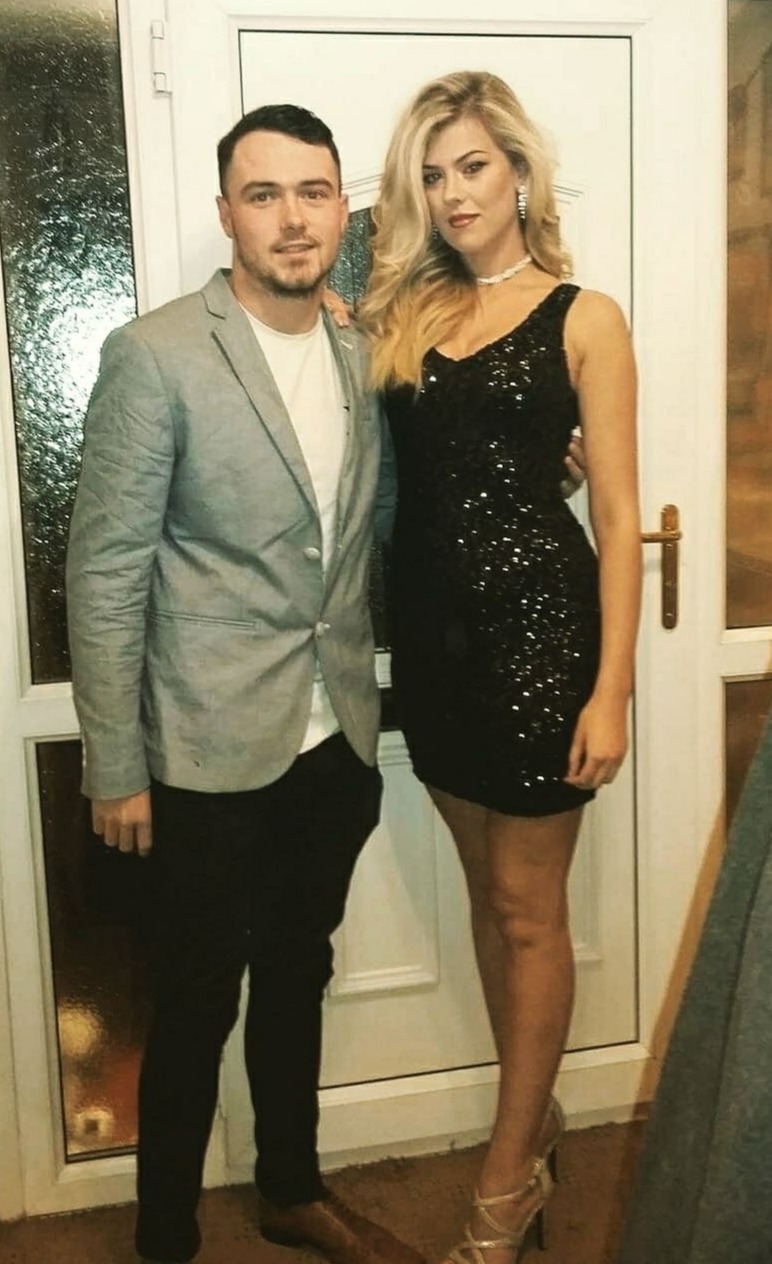 “But our noises set Adam’s six huskies howling. So he ran downstairs naked to hush them up.

“Thankfully, they weren’t howling for that long.

“But the next day his mum called, wanting to know what had been going on the ­previous evening.

“There is a security camera, so she can view downstairs — and Adam was naked. Of course, we had forgotten about that!

‘WE’RE AS ACTIVE AS EVER’

“When his parents returned, the next-door neighbour told his mum we had woken her baby with loud nopises.

“Adam’s poor mum was very flustered and didn’t know what to say.”

Alicia believes it took months for them to realise how loud they were because they were in the throes of passion.

She says: “For a very long time we didn’t realise we were being loud because we were caught in the moment. 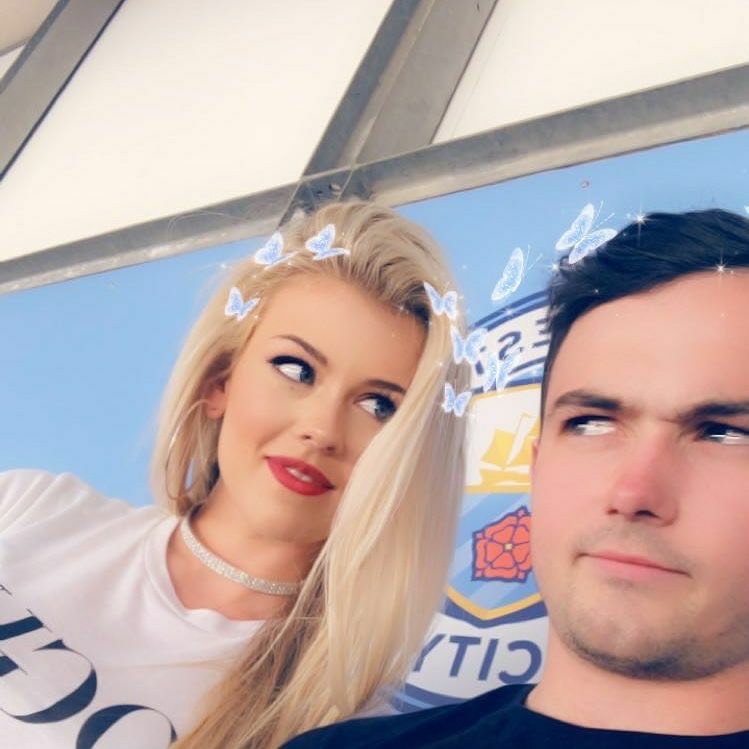 Sadly for those in the vicinity, Alicia and Adam are trying for a baby – meaning their sex life is as active as ever

Sadly for those in the vicinity, their sex life is as active as ever.

Alicia says: “We have been ­trying for a baby for the past two years, so we have sex more now than ever.

“But with the lockdowns and tier system, we have to remember to keep the noise down. We are all in this together.”