IT started out as a painful conversation in the car, but it proved life-changing.

Cousins Angus Barge and Xander Gilbert stared dead ahead as they shared their embarrassing secret — they were both struggling to get it up. 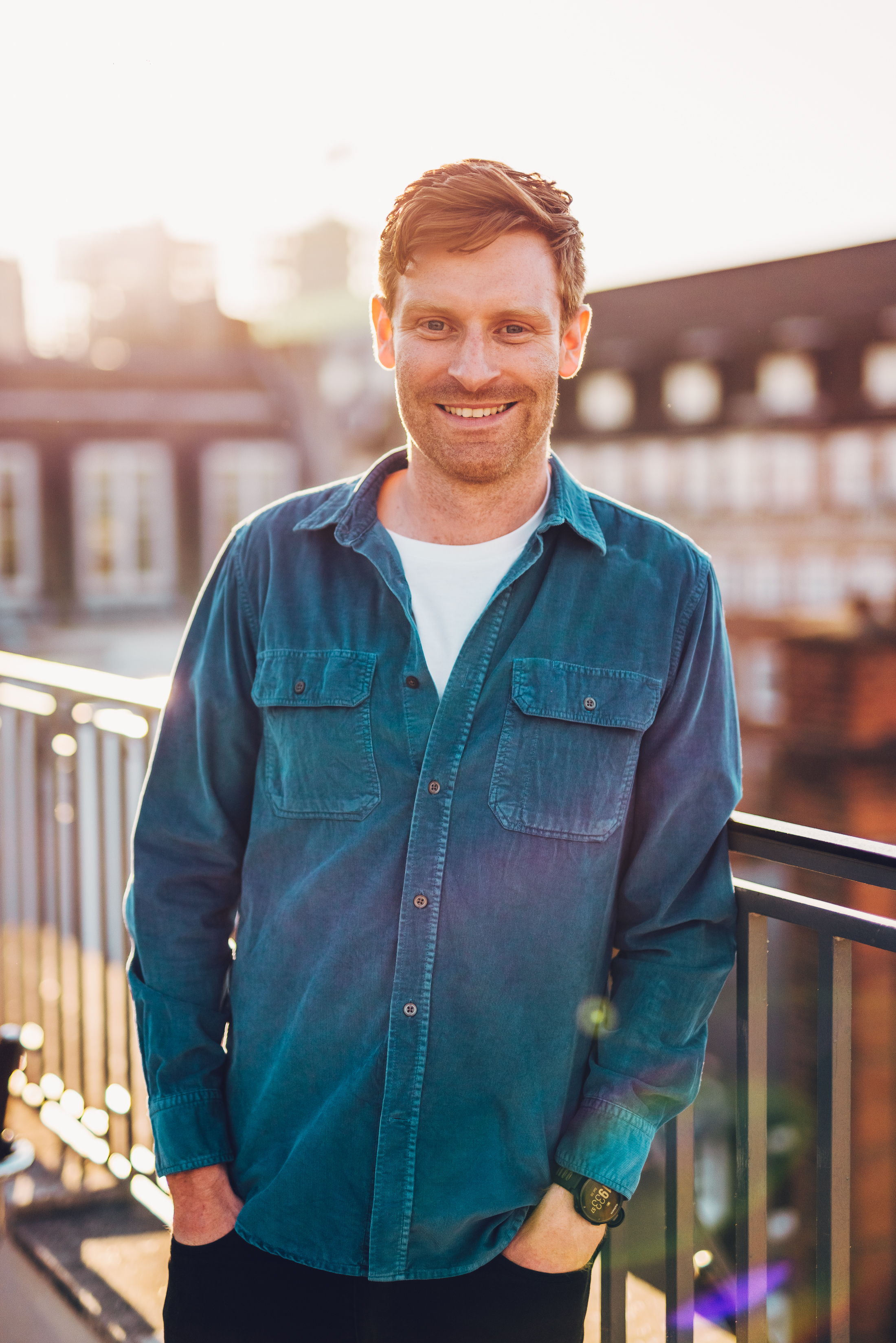 The pair are not alone. Millions of men, including one in three under 30, suffer with erectile issues.

And the Covid pandemic has only fuelled the problem for some.

Stress, concerns over job security, home-schooling and being confined to the home around the clock have exacerbated the issue for many.

“During the pandemic when mental health conditions are heightened, it can increase the pressure for men to perform in the bedroom,” says psychosexual and relationship therapist Silva Neves. 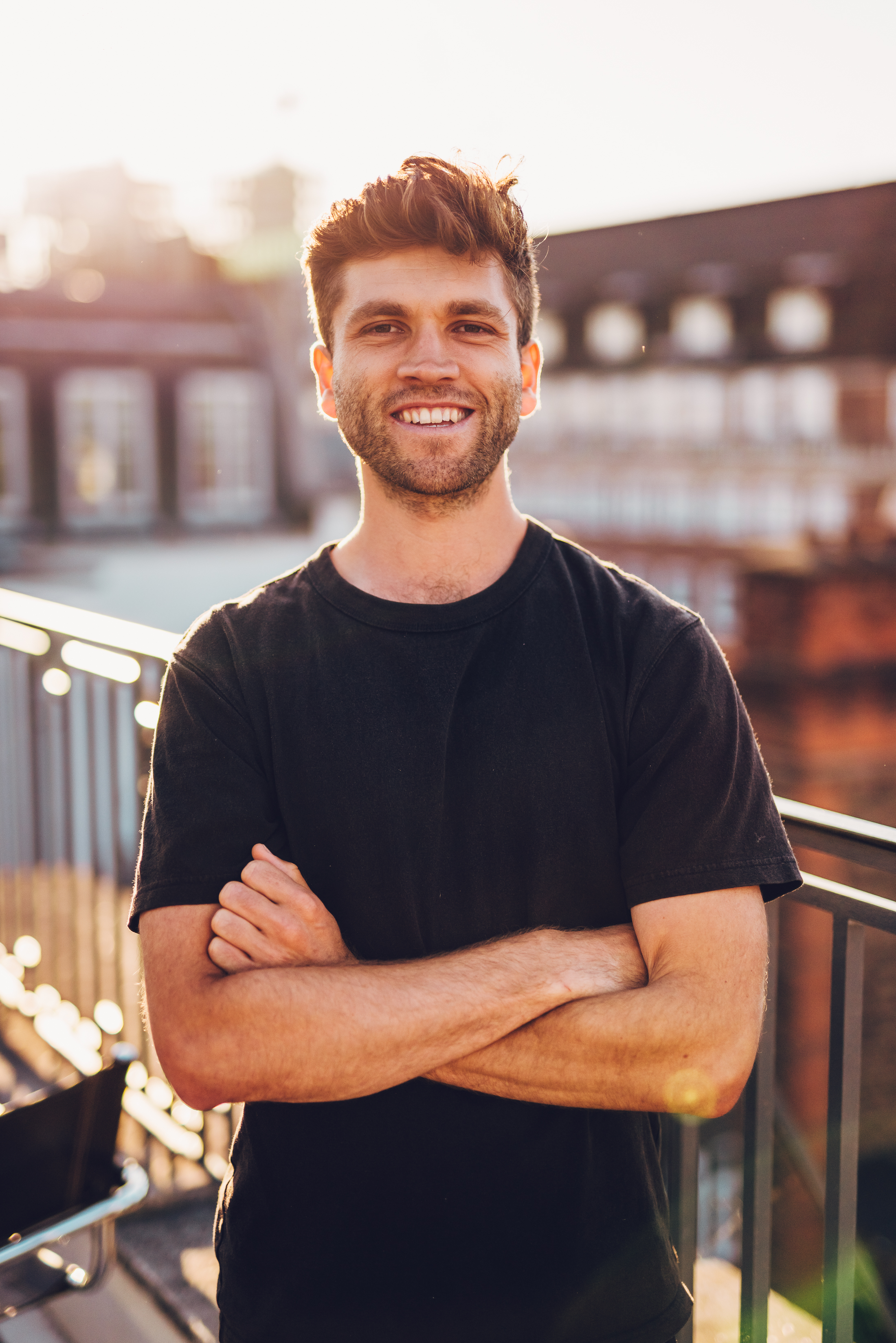 ‘I started having problems in my early 20s,’ Xander tells Fab Daily

“Erection issues can be psychological, related to anxiety caused by stress, expecting failure or depression. These factors interrupt the brain from sending messages to the penis to allow extra blood flow to form an erection.

“Your body then goes into full fight or flight mode, which leads to the physical issue of not being able to get an erection.”

While the stats suggest around one in five men will be affected by erectile dysfunction (ED), very few seek help.

That is what Angus and Xander set out to change, after opening up about their own personal experiences to one another.

Now erection coaches, the pair have launched the UK’s first ED platform offering expert help, advice, and support for men like themselves.

“I started having problems in my early 20s,” Xander tells Fab Daily.

“During one of my first sexual encounters I assumed that the girl was far more experienced than I was. I got drunk to give myself some Dutch courage and needless to say it went badly. I lost it before we even got started. 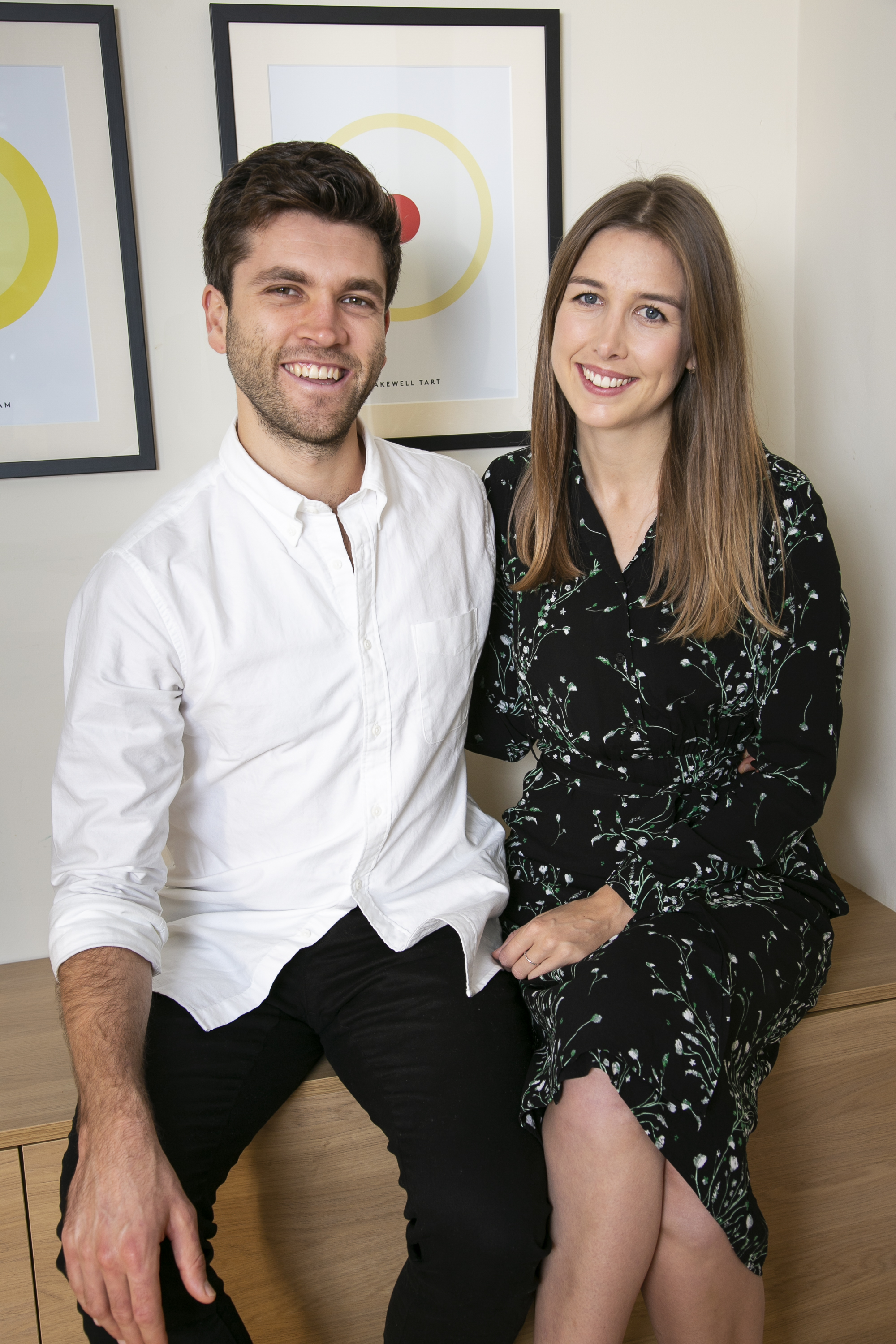 When Xander met his girlfriend Alice Howood in 2018 he made the brave decision to be upfront about his erection issuesCredit: Olivia West – The Sun

“I was so nervous about getting intimate with her, and kept getting floppy just as we were about to try having sex.”

Instead of seeking help, Xander said he just assumed he was “inexperienced and bad at it”, so lurched from one drunken failed sexual encounter to the next.

Eventually, he turned to Google but it just left him feeling more ashamed. “To write my problem in the search bar was admitting I had a problem,” he says. “I Googled something like ‘Why can’t I get an erection for sex’ and got lots of information back on ED, diabetes and cardiovascular disease.

“This pattern of sexual encounters continued with a number of girls unsuccessfully, flaccidly, drunkenly, shamefully, secretly. I would end relationships before they had started and often gave the girls no reason.”

It was only after starting therapy to cope with other issues in his life, that Xander made the link between his general anxiety and his sexual anxiety.

“I realised if I could deal with my anxiety it would improve things,” he adds.

“My eyes were opened to a few lifestyle changes. Cutting down on booze, caffeine and partying also helped, as did meditation and quitting a stressful job.” 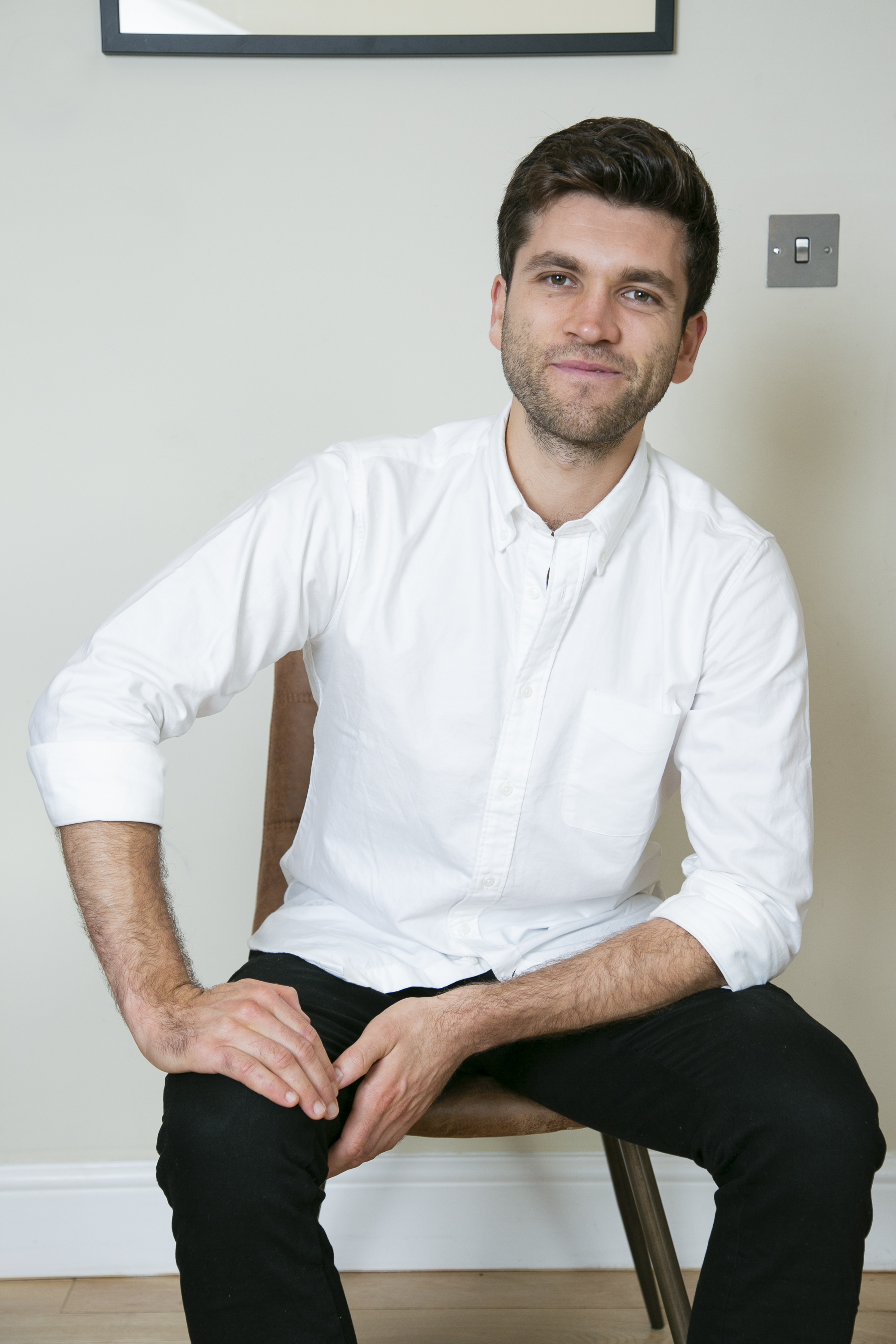 Instead of seeking help, Xander lurched from one drunken failed sexual encounter to the nextCredit: Olivia West – The Sun

Unbeknown to him, his cousin Angus was going through something really similar.

He first noticed a problem in the bedroom a few weeks after taking part in a Spanish cycling challenge, called Mallorca 312.

“I didn’t realise at the time but my ED was caused by training for a cycling event I did,” he says.

“I would do an hour-and-a-half class every morning and evening, most weekdays and in the sessions my penis would go tingly numb. Painfully numb actually. I didn’t think much of it as friends had the same thing.”

But a few weeks later after going home with a girl, he struggled to get an erection.

“At the time it was frustrating and really embarrassing, I just remember being annoyed with my penis,” Angus says.

“It was like it had betrayed me, and it was a weird sensation to feel so let down by your own body.”

He brushed it off and put it down to drinking too much. But the next week when on another date, it happened again.

“It was then I realised something wasn’t right,” he adds.

HERE Ed and Xander give six tips on how to deal with erectile dysfunction.

❶ See a doctor: “We’re often asked what the first piece of advice we’d give to someone with ED is,” says Angus. “The first port of call should always be your GP to make sure ED isn’t a symptom of a bigger condition. Heart disease, high blood pressure, diabetes, prostate issues, there are lots of health conditions that ED could be a symptom of so a call to your GP should always be the first thing you do.”

❷ It’s no one’s fault: “There are a few common themes that almost always come up when people ask us for help,” says Xander. “Men’s partners often blame themselves and think it’s their fault, and it’s usually pretty far from the truth.

“Men can be guilty of pretending it hasn’t happened before, which only makes a partner feel worse. ED isn’t anyone’s fault, it’s a condition that needs treating.”

❸ Mix it up: “We do lots of vox pops on the street,” says Angus. “We did one recently where we asked over 100 women what their favourite part of sex was and not a single one said penetration.

“There are so many other things to do in the bedroom, so if ED is an issue that doesn’t mean sex is off the cards. There’s so much more to sex and intimacy.”

❹ Talk about it: “If you’re in a relationship, looking at ED as something you need to solve together is a much healthier approach than seeing it as something that’s only on one side,” says Xander.

“You have to be honest with each other and communicate together. The issue is likely to get bigger if you both retreat and don’t discuss it outside the bedroom.

“It’s not easy starting the dialogue about it, trust me, I know, but you’ll both feel so much better for doing that.

“If you’re having occasional sexual encounters, think about mentioning it beforehand to reduce the pressure on yourself when the time comes. It’s hard to do but could help you out.”

❺ Ask tough questions: “Men put so much pressure on themselves, we build up certain expectations about what we should look like, how we should act and feel,” says Angus.

“It’s worth examining your habits and behaviours if you have ED and see where you’re putting yourself under pressure.”

“ED can make both sides of a relationship feel vulnerable and when we feel like that it’s easy to not vocalise how you feel.”

He says: “Was I stressed at work? Yes, but what did that have to do with my penis? Being single, was the lack of emotional connection getting to me? I had never thought of that.

“In hindsight, what had happened to me is, I crushed blood vessels around my penis, which should have taken a matter of weeks to heal.

“But it actually took nearly a year because having issues had planted a psychological seed of doubt. The pair’s turning point came when they were in the car together a few years ago, travelling to Xander’s family home in Oxford.

Xander, who lives in Angel, central London, with his girlfriend Alice, says: “Angus said he’d been struggling to get it up.

“He didn’t know I had been too but we had an honest conversation, with both of us looking dead ahead or out the window.”

“I have no idea what made me open up to Xander,” admits Angus, who is single and from Edinburgh.

“We’ve grown up together, though, so it seemed like he’d be the best person to talk to. It was awkward to begin with but I felt less alone when he said he’d been dealing with it too.” 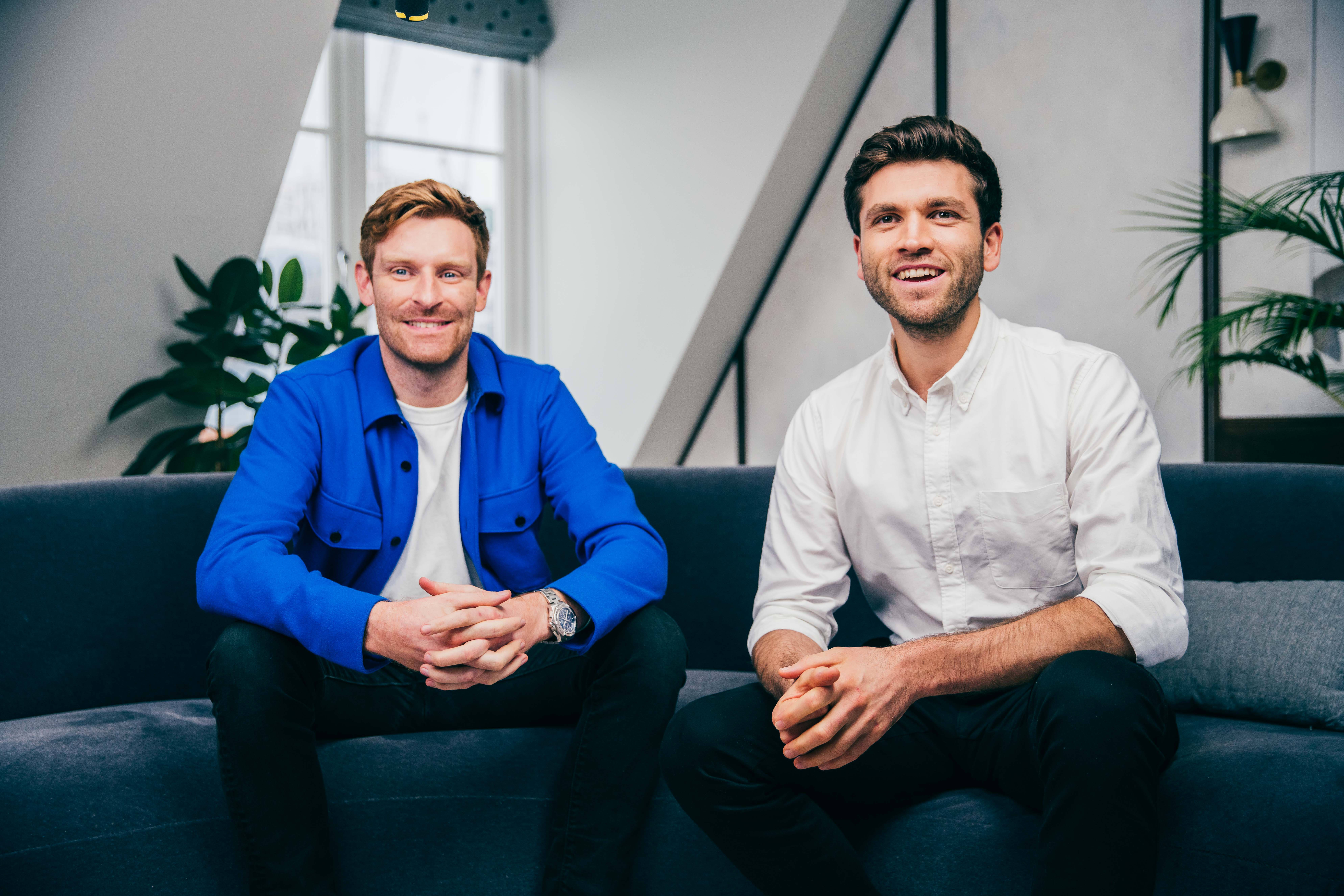 Now erection coaches, the pair have launched the UK’s first ED platform offering expert help, advice, and support for men like themselves

For Angus and Xander sharing their experiences highlighted how there is no “one size fits all” approach to tackling ED.

“Xander’s ED was anxiety-related so we had the same issue but very different causes,” Angus says. “ED is actually pretty complex.”

Angus suffered his erectile issues at the same time as Viagra was made available over the counter.

The 29-year-old tried the little blue pill once, but knew immediately it was nothing more than a “sticking plaster”.

“It wasn’t a solution,” he tells Fab Daily. “Men need to find out the cause of their ED and treat that rather than just find a quick solution, which could lead to dependency and mask the real issue.”

The pair soon realised there wasn’t anything out there to help men who are struggling.

Xander says: “I’ve got a background in tech development and Angus in counselling and psychotherapy so we seemed perfectly placed with our experiences and roles to start something we wished had existed when we needed it.”

And so Mojo Men (mojomen.com), was born. The response since they launched in the summer has been “incredible”.

“We’ve had men in their 50s in tears to us, having never talked about it, as well as men in their 20s who have accessed help and changed their relationship with sex,” Xander adds.

“What started out as a painful conversation is already helping thousands.” 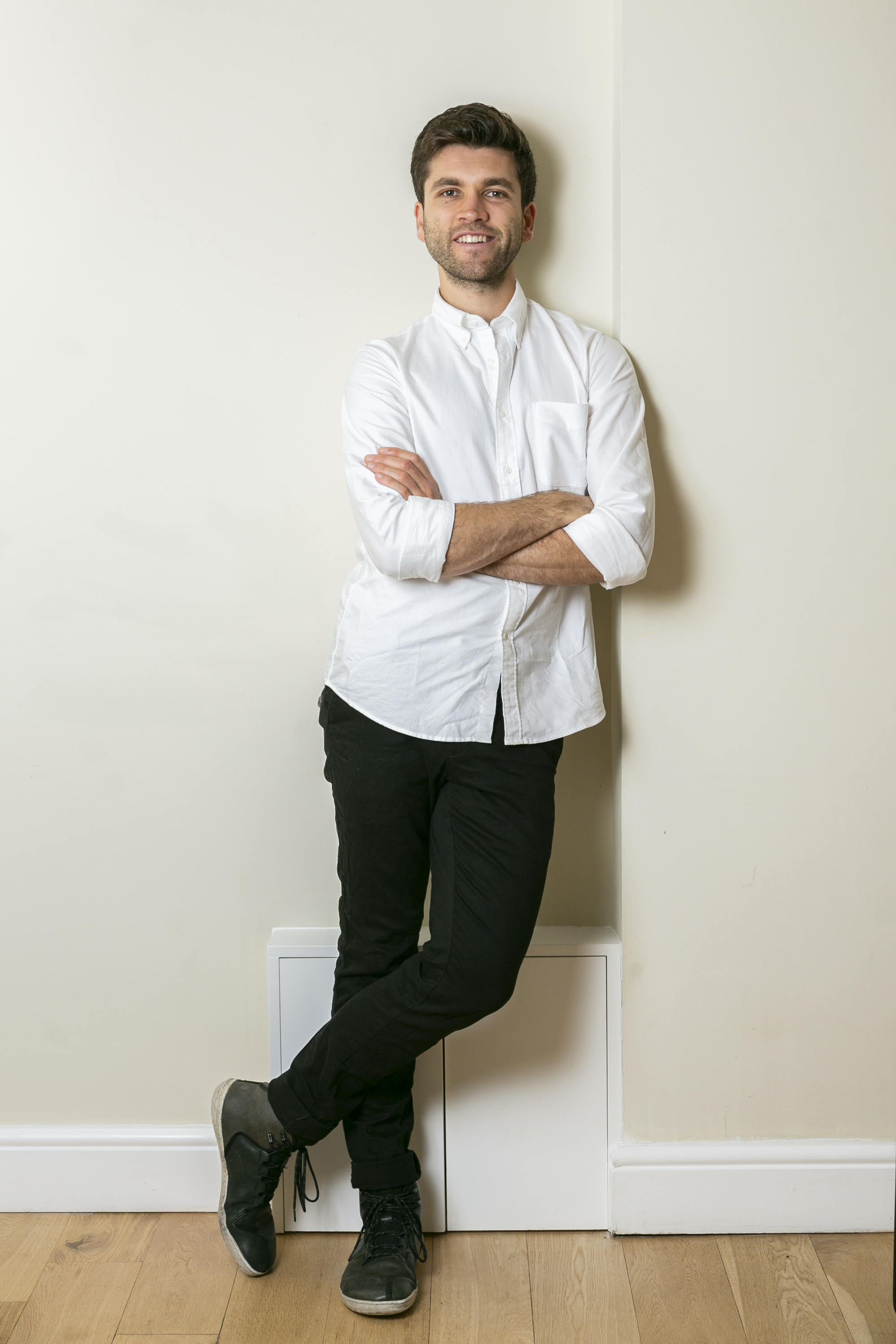 It was only after starting therapy to cope with other issues in his life, that Xander made the link between his general anxiety and his sexual anxietyCredit: Olivia West – The Sun

“We have to try and lead by example and show it’s not something that people need to hide, or be embarrassed about.”

It doesn’t increase your maximum erection size, but it can help alongside or instead of ED medications.

WHEN Xander met his girlfriend Alice Howood in 2018 he made the brave decision to be upfront about his erection issues.

“It had happened occasionally in my 20s so before anything happened between us I told her,” he says. “It was a pretty painful chat to start with but being upfront felt much better than worrying about what might happen.”

Alice, 29, from Oxford, says she instantly admired his honesty before the pair were intimate.

“He was the first guy I’d been with who mentioned ED,” she tells Fab Daily. “It meant there wasn’t a pressure on him and things were completely fine. I think women can sometimes feel it’s their fault, that

they are not attractive enough, but that’s

taking away from the issue itself.

what you do or finding intimacy in other ways can really help.”

What is erectile dysfunction? Causes, symptoms and treatment of male impotence