PICKING through the rubble of 2020, for car fans at least this year’s not been too shabby.

We’ve tested 80-odd new motors on these pages and previewed many more. 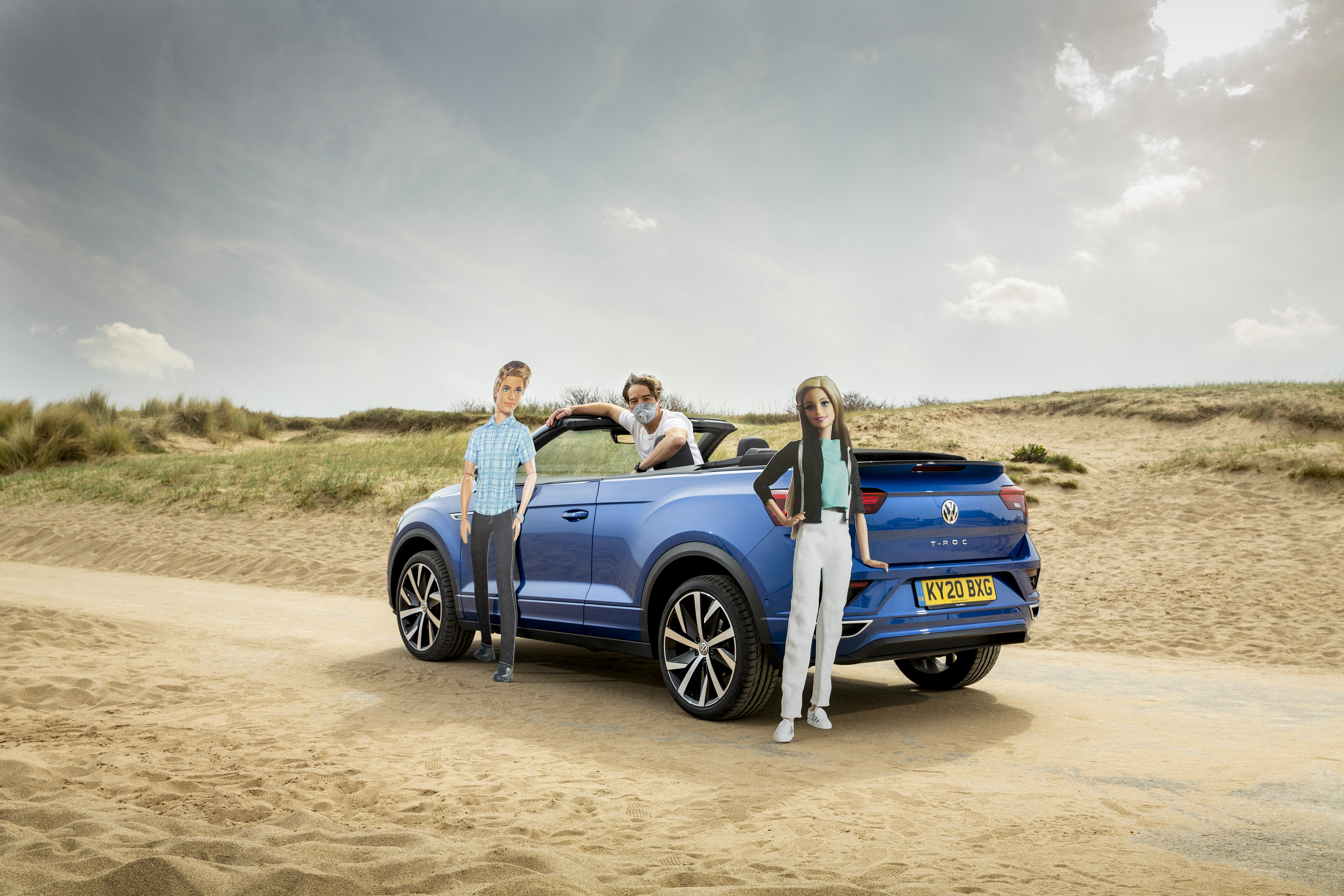 The truth is, all these cars were signed off long before a Chinese bloke in Wuhan decided to eat a bat sandwich.

For the world’s rich people, there was the Bentley Flying Spur, Rolls-Royce Ghost and Aston Martin DBX. 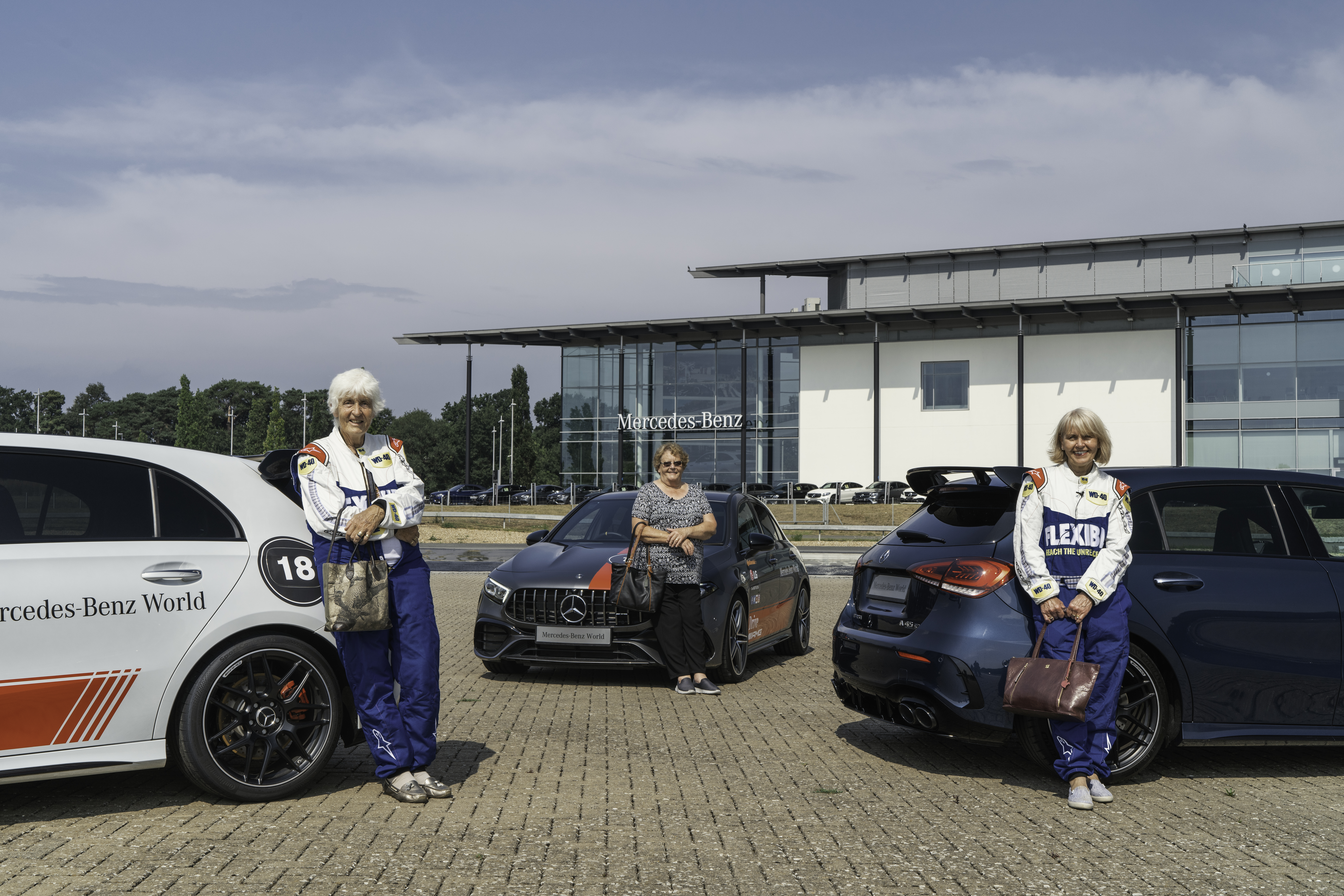 The Bentley is so spectacularly good Jeremy Clarkson has signed on the dotted line.

For supercar lovers, there was the Porsche 911 Turbo S, McLaren 765LT and Nissan GT-R Nismo.

And despite you-know-what, there was still opportunity for plenty of fun, such as the Gran Prix – teaching three golden oldies to drift like Ken Block at Mercedes-Benz World.

We had a trip to the seaside with Barbie and Ken in the Volkswagen T-Roc Cabriolet. Don’t worry, Boris – they were in my bubble. 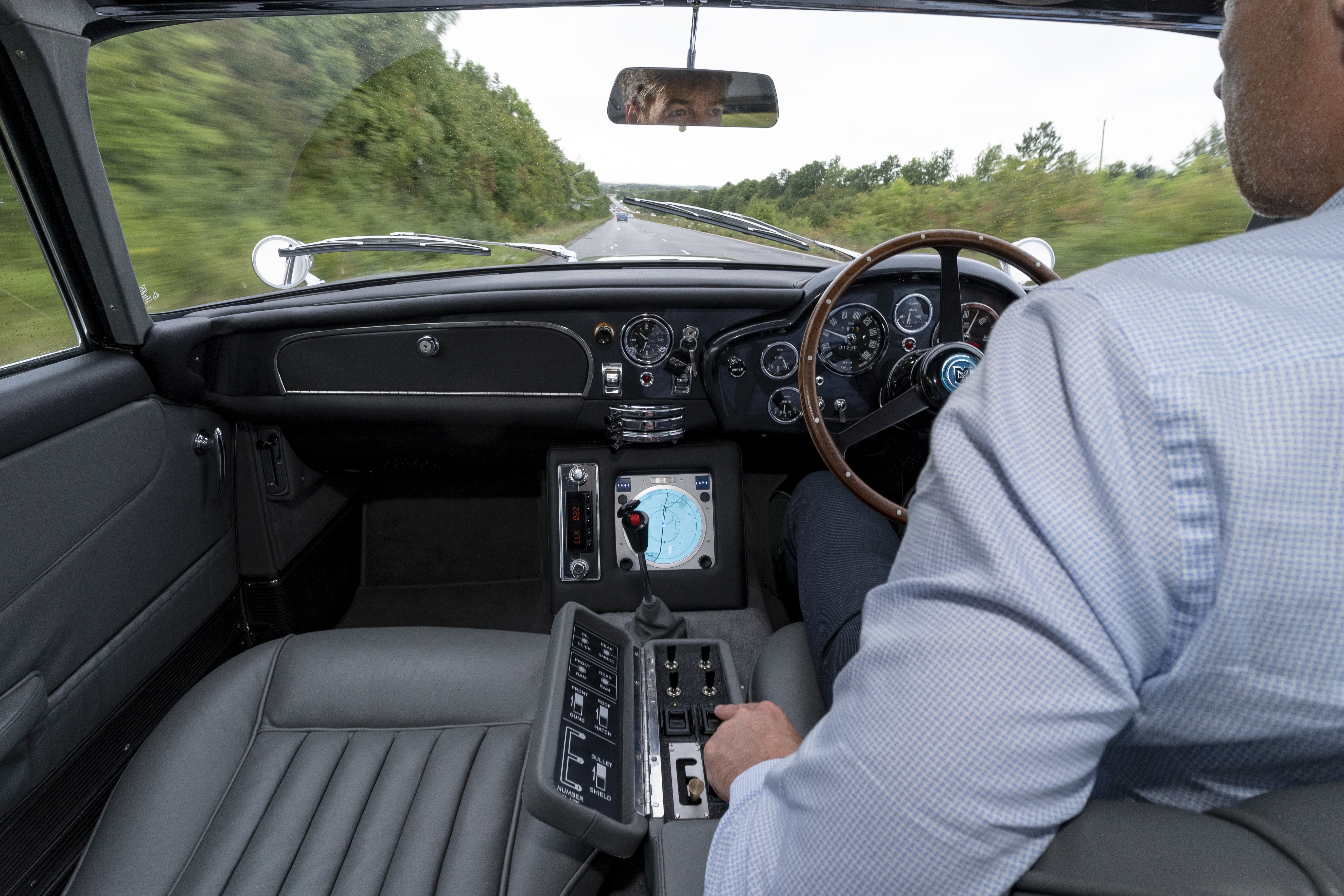 Taking Bond’s DB5 for a spin was our favourite road test of the yearCredit: Photographer Max Earey 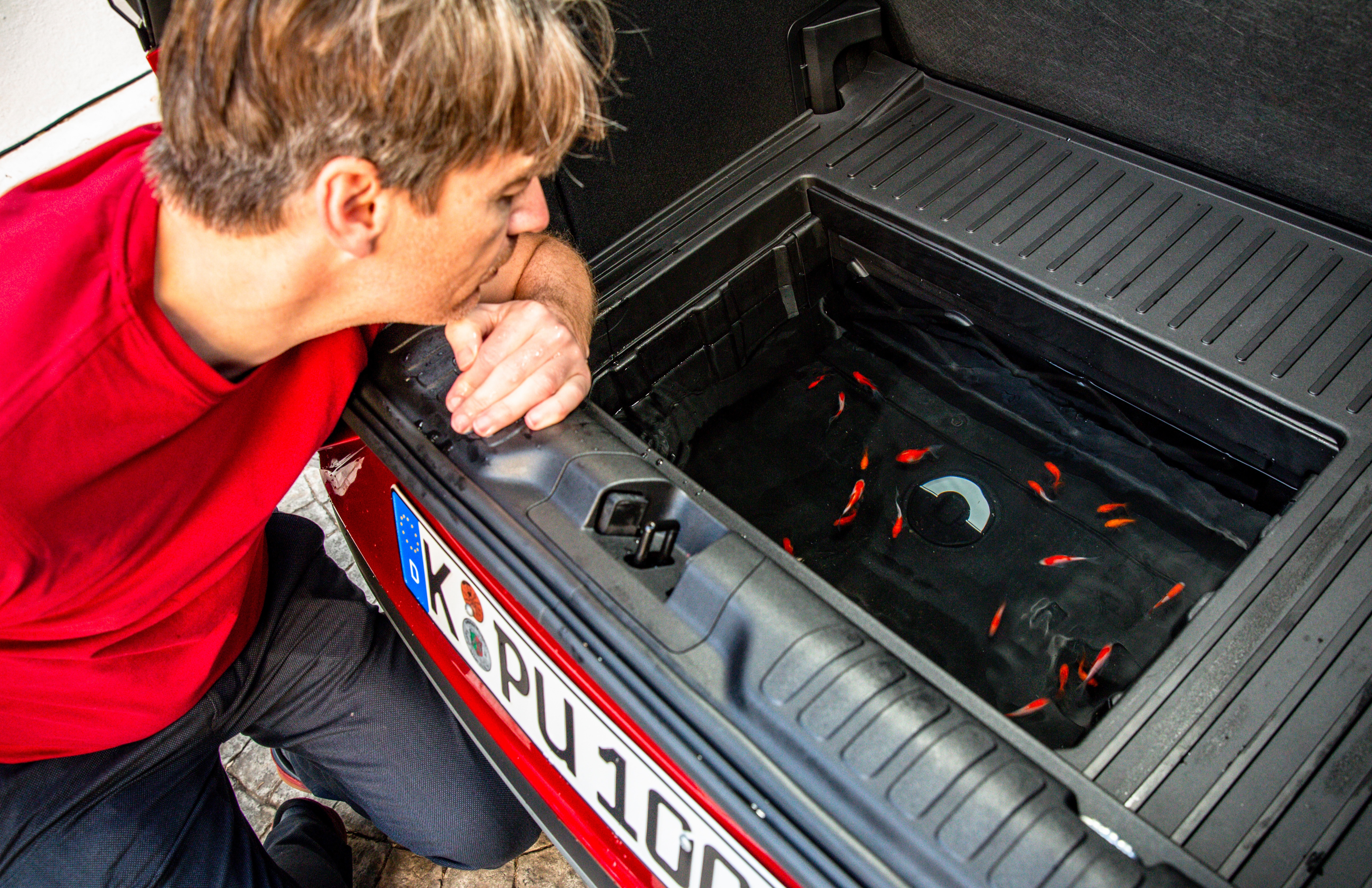 We got lost in Puma’s magic boot 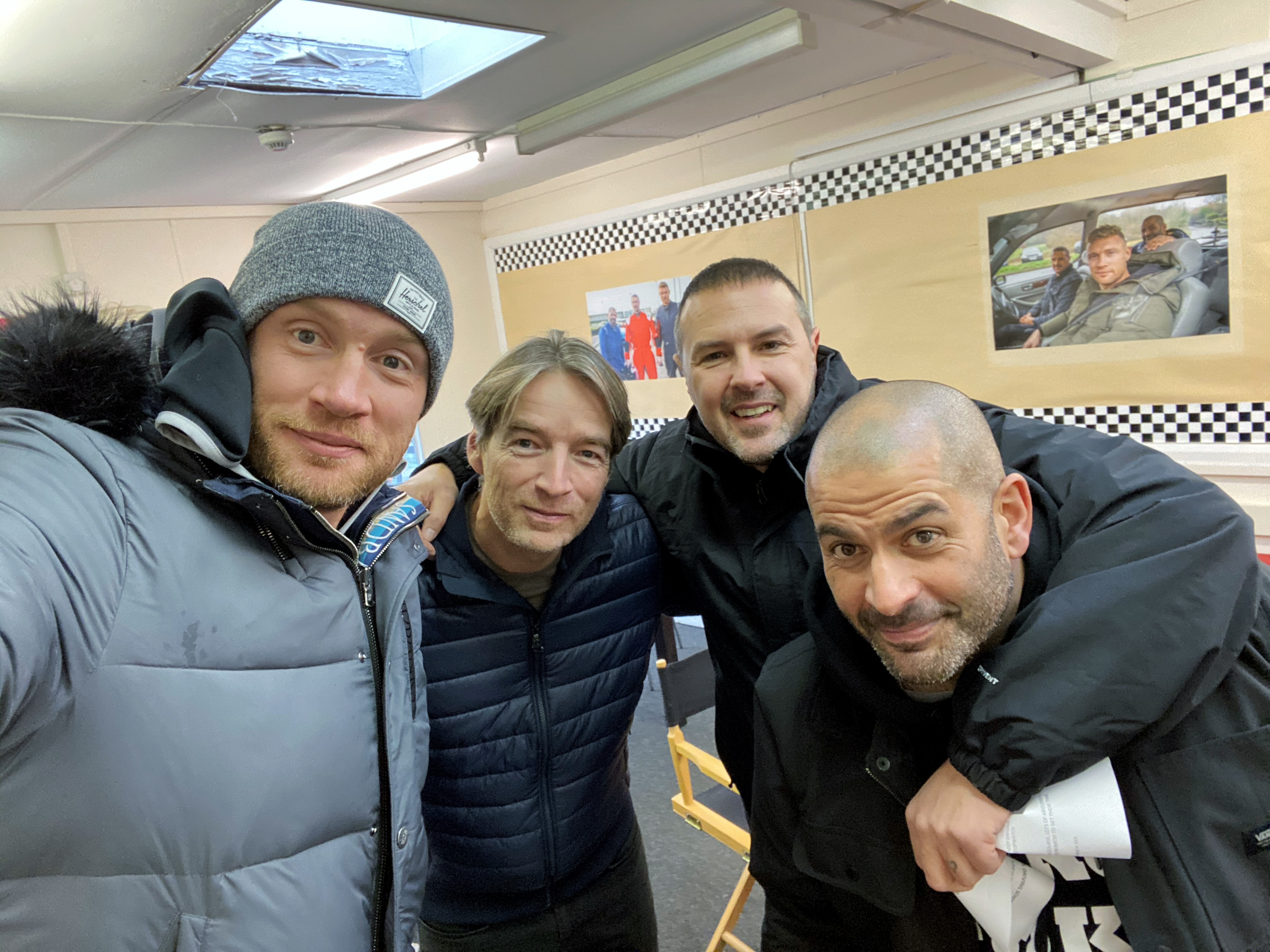 We also learned the driver’s headrest in a Vauxhall Vivaro Life is exactly two metres from the rear seats, making it the perfect social-distancing wagon.

Favourite road test of the year?

That’d be the Aston Martin DB5 Goldfinger with working gadgets including smoke screen and simulated twin machine guns. It’s worth a cool £3.3million and I wasn’t gentle with it.

Closely followed by the London-to-Brighton dummy run in the 116-year-old Vauxhall 6hp Light Car. The Veteran Car Run was cancelled for the first time since World War Two but we did it anyway. The show must go on. 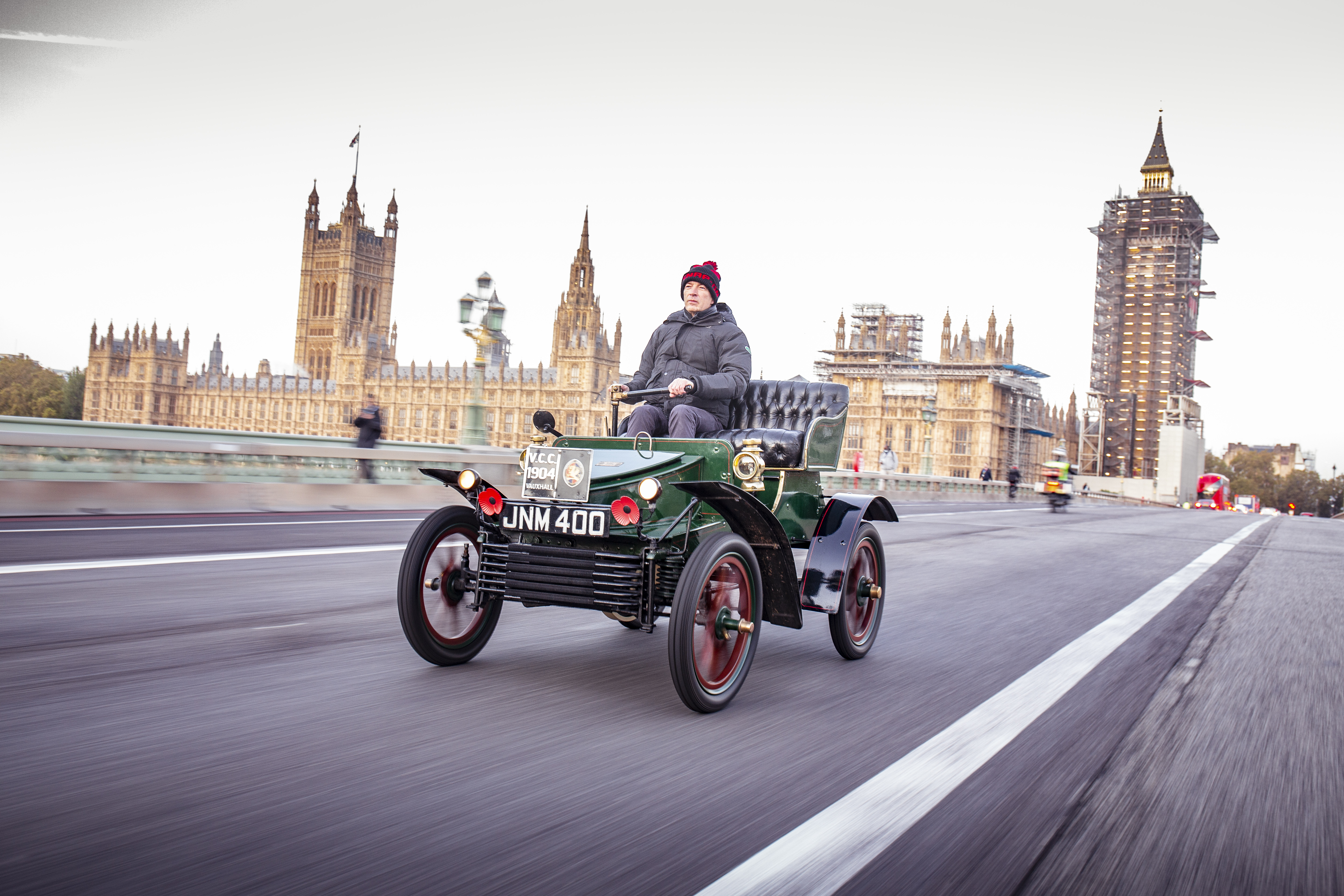 Who can forget our London-to-Brighton dummy run in the 116-year-old Vauxhall?

Other highlights included ice-driving in the Arctic Circle in a Subaru BRZ. That car is wired for fun.

Hero of the year?

Easy. The humble Ford Transit van. Because now, more than ever, vans are the cog for everything we do. Delivering food to the vulnerable, PPE to our nurses, and, lately, the vaccine to protect the high-risk. 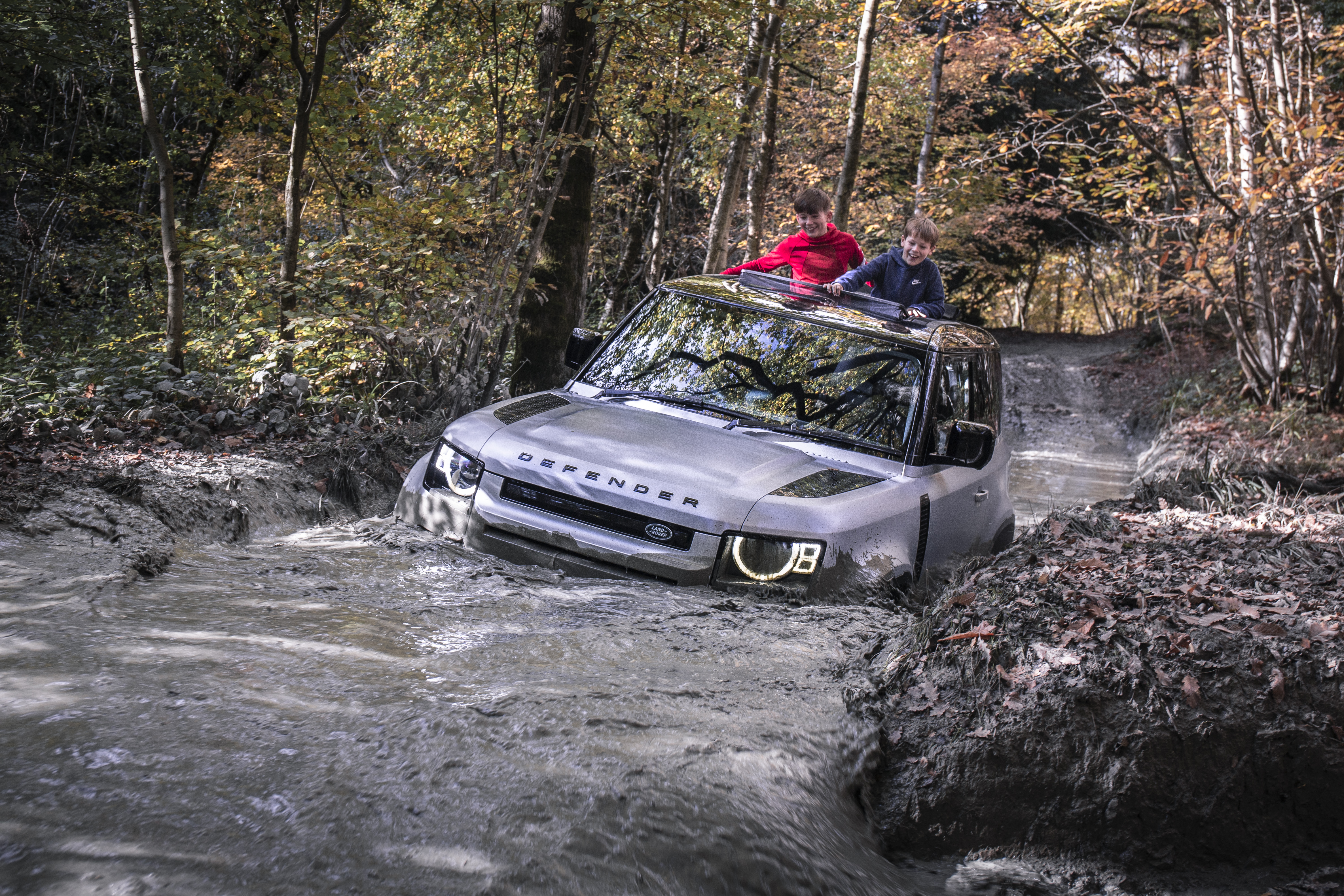 The world-class Land Rover Defender was pushed to its limits 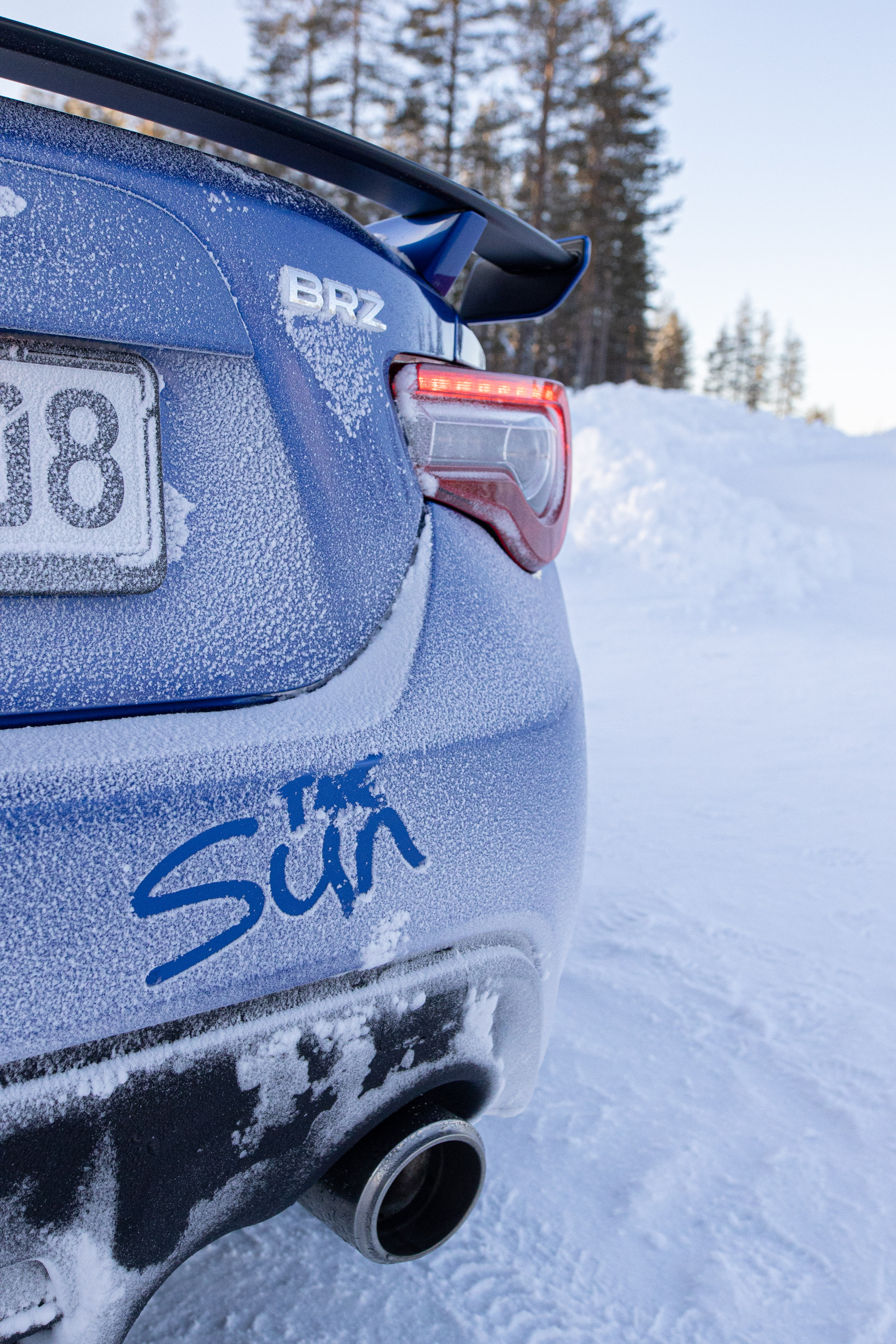 Other highlights include ice-driving in the Arctic Circle

Now, I know you lot love free swag – we all do – and this year we’ve given away a brand-spanking Corsa-e worth £28k. Plus toy cars, bicycles, and a full Juventus team kit, courtesy of Jeep.

We kept you busy with colour-in competitions, kitchen table games and a cutout Tesla Cybertruck during lockdown. We’ll be doing more of the same next year.

Finally, may I take this opportunity to wish you all a safe and peaceful Christmas.

Have fun but please do find the time to call someone who might be alone and lonely. 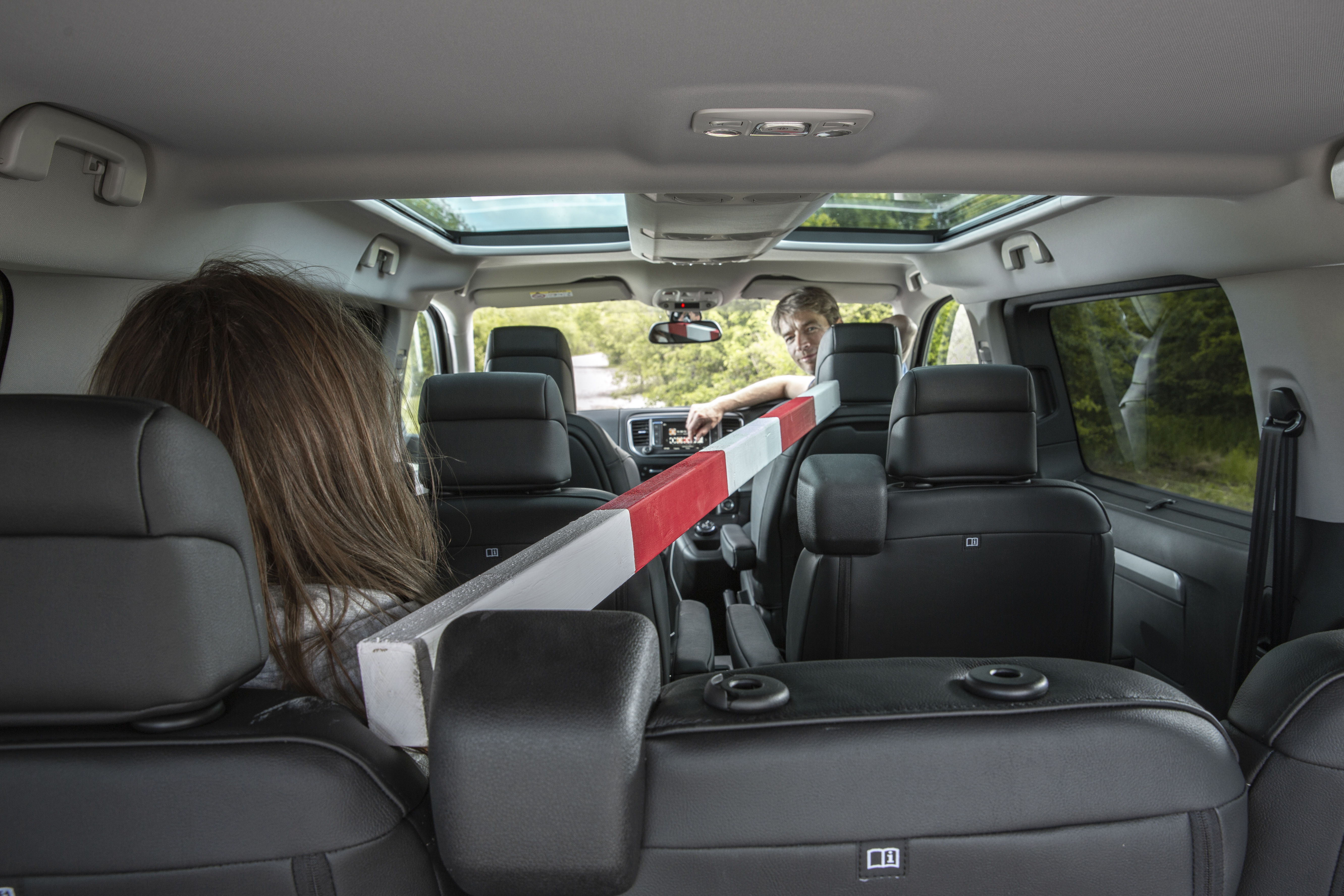 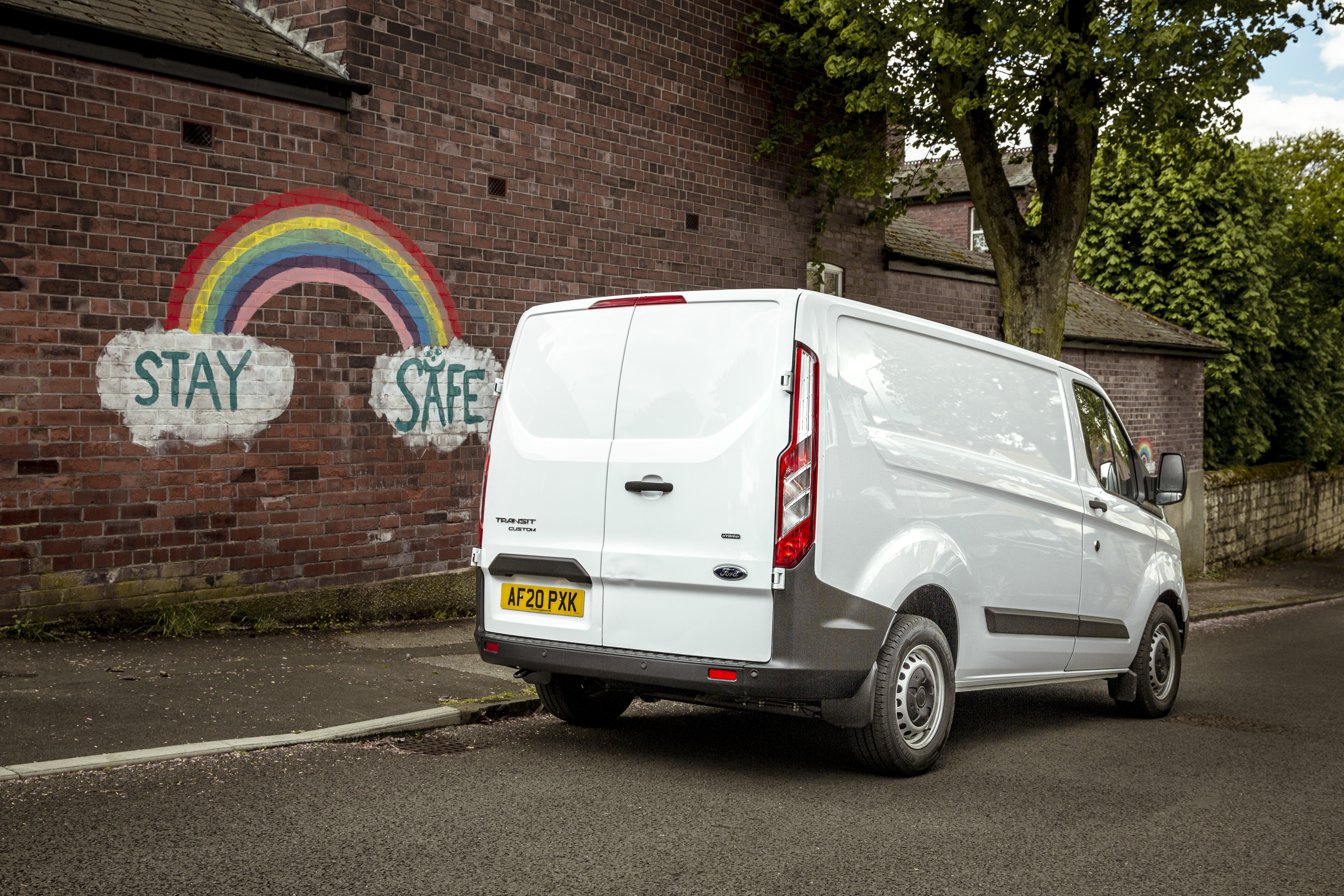 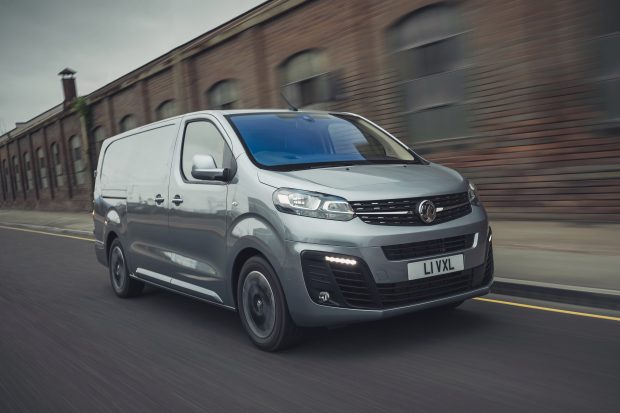 MY job as UK juror for the International Van of the Year has, not surprisingly, been considerably less international this year.

On the plus side, my carbon footprint’s fine with fewer flights and many electric vans to test.

Also unsurprisingly, electric power ruled the roost with not one, or two, but THREE vans crowned 2021 International Van of the Year.

The Vauxhall Vivaro-e, Peugeot e-Expert and Citroen e-Dispatch, are all pretty much identical.

The PSA Group trio beat the Mercedes-Benz eSprinter and Vito, with an honourable mention going to those funky Ford Active and Trail models you’ll have started seeing.

But, in a year where diesel vans were distinctly lacking on the voting form, I still think this trio would have won comfortably had they not been.

My 24 jury colleagues and I were all impressed not only by the 205-mile range – making it a realistically usable working van – but also by their practicality.

They have a 6.6m³ load space, the same as the regular van, and you can move up to 1,226kg, which is right up there with any diesel model too.

So, in a year of so many surprises, seeing these three win the title is a very welcome moment of sense.

While we live in hope that our daily lives will become more normal next year, this watershed moment in vans is a turning point.

The new normal is electric and in 12 months’ time, I won’t be counting on a diesel van winning back the accolade.

I KNOW this is fantasy land but it’s Christmas, so let’s dream.

This is the gobsmackingly jaw-droppingly beautiful Ferrari F8 Spider. 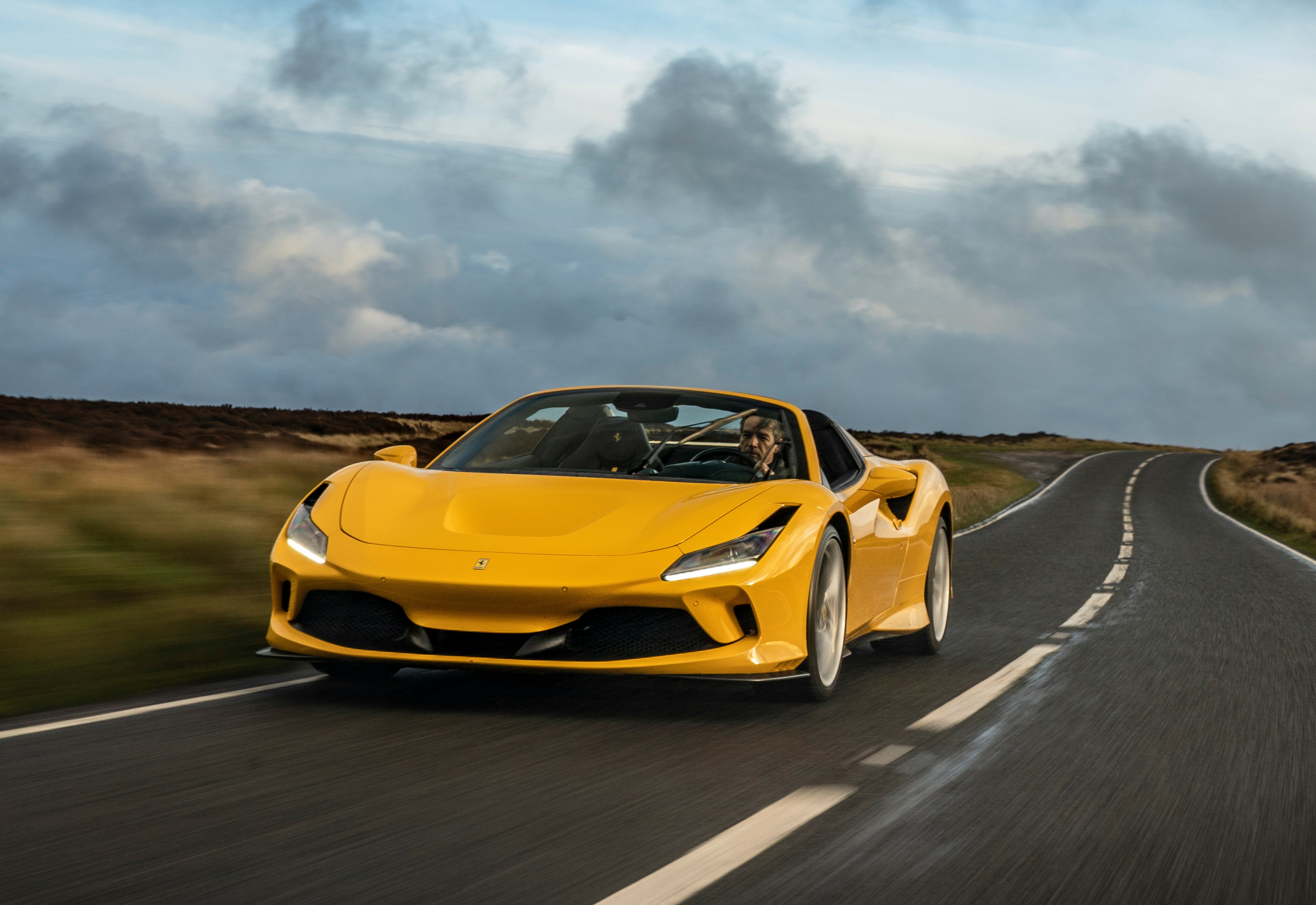 The 211mph Ferrari F8 is faultless

Fast, loud, low and properly exciting, with headroom of about 20,000 miles. And also very yellow.

It’s a feelgood car. Every drive is an event. Whether that’s people filming you on their phones or giving you the old Nescafé wave by shaking a half-clenched fist.

But do you know what impressed me most about this 211mph two-seat missile? Pootling around town, it’s as calm and composed as a Vauxhall Corsa.

You could actually live with one day to day. Yes, the seats are Rizla-thin but they’re comfy Rizlas and it doesn’t hate our lumpy roads as much as I thought it would. 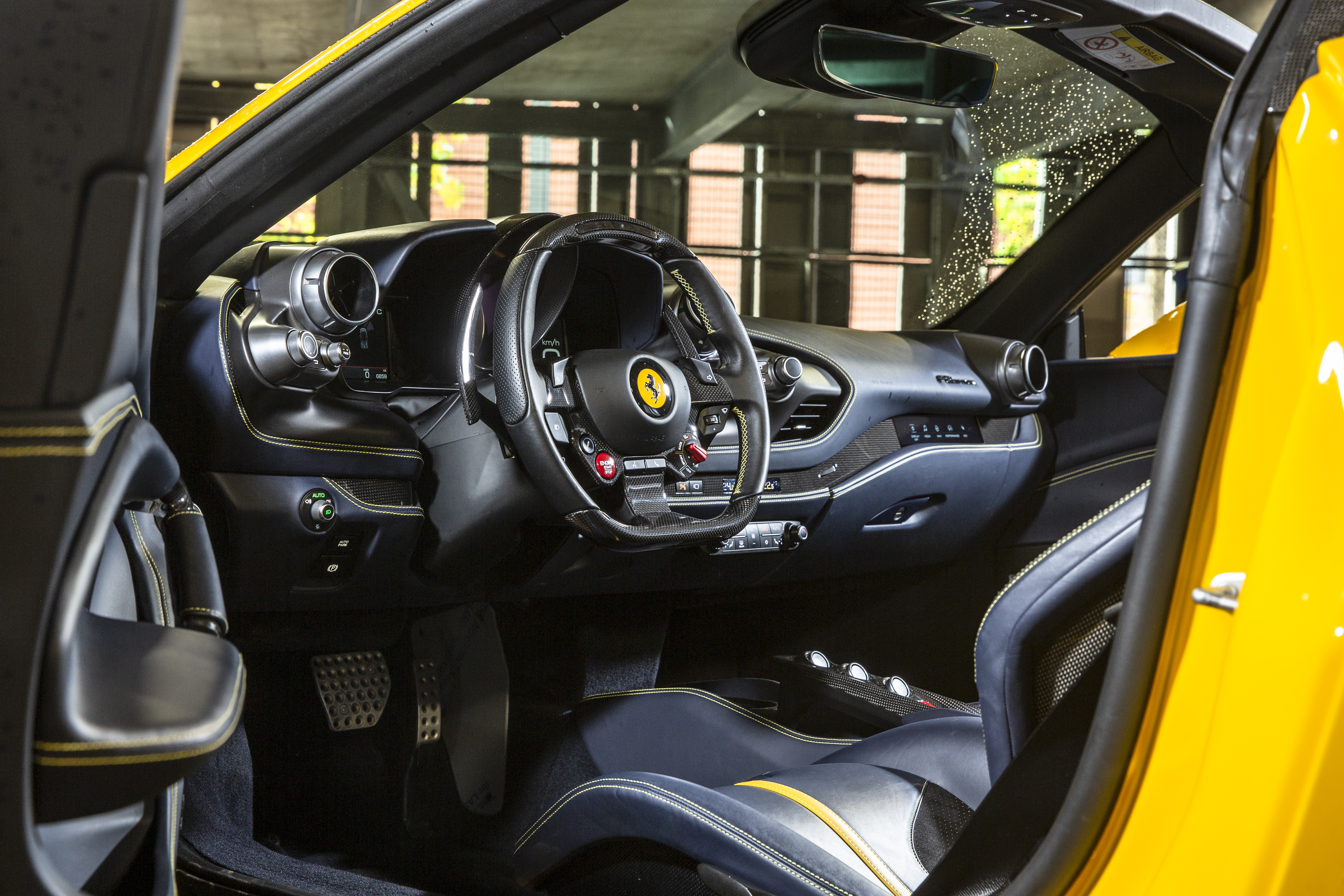 Every drive in this feelgood car is an event

Then, when you do find yourself on an open road and alone, sweet baby Jesus, it’s like skydiving while on drugs.

Now I could get myself in to all sorts of trouble here, so I’ll stick to the simple facts.

The F8 is fitted with the most powerful V8 engine ever mounted in a non-special series Ferrari. No further explanation needed.

It is swimming in F1 wizardry to keep things controlled and shiny side up. 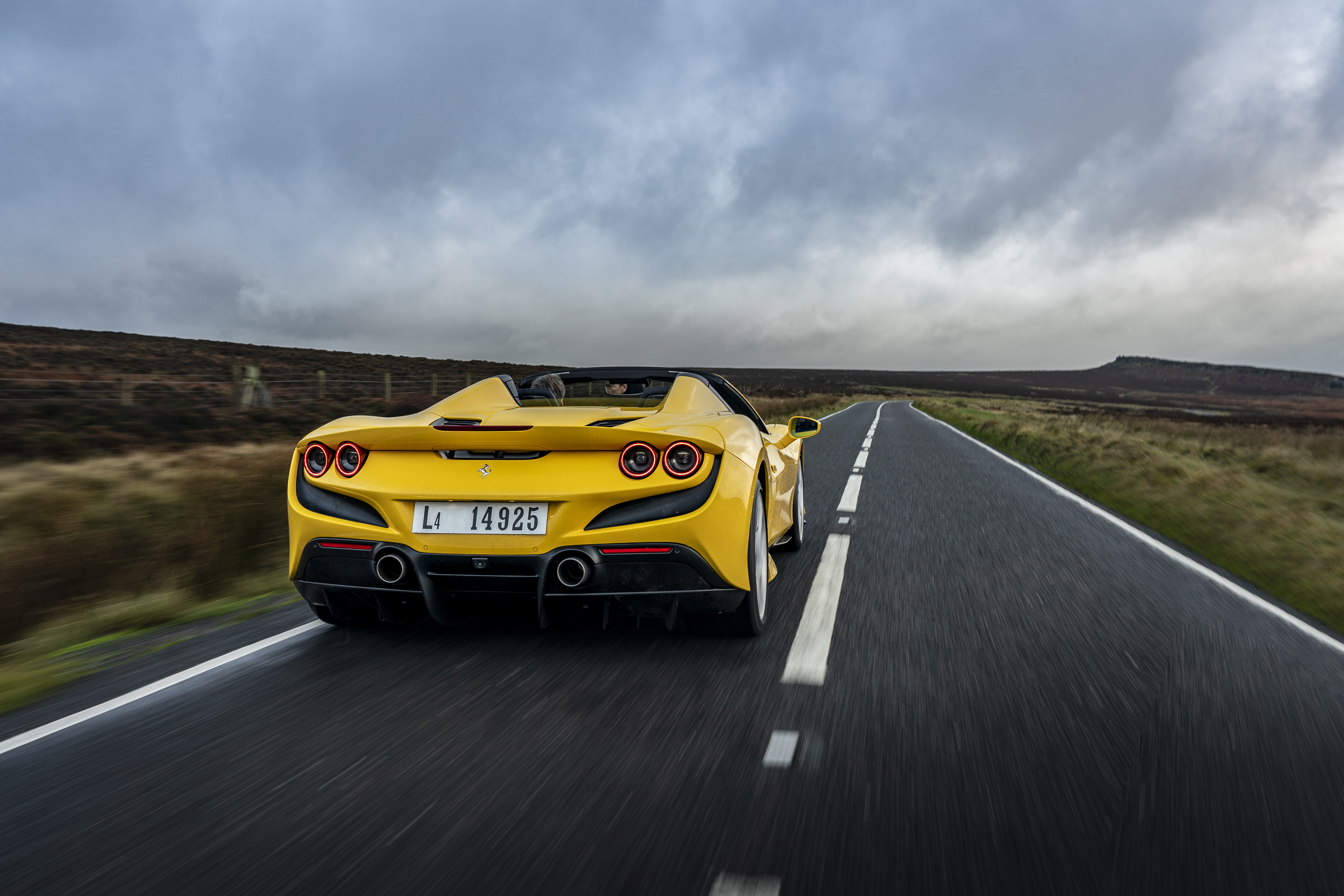 Handling is faultless. The brakes are mega. Short of giving it wings or making it amphibious, it’s hard to see how it could be any better.

Now let’s pause for a moment to consider the price. It costs £226,000. But by the time you’ve spent a day on the configurator it’s going to be way more than that. 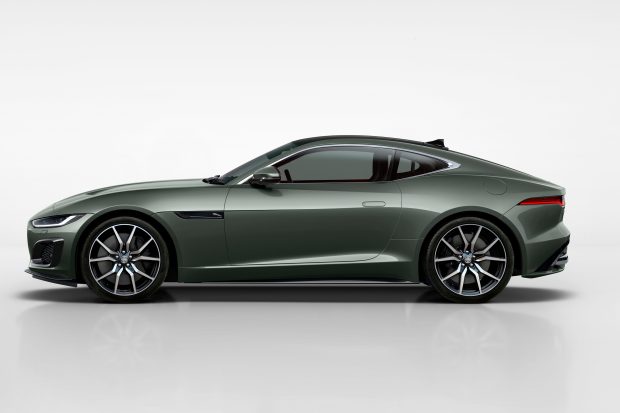 THE Jaguar E-Type turns 60 next year. The perfect excuse, then, for 60 special-edition F-Types painted in Sherwood Green.

It looks great – and Jag hasn’t used that colour since the Sixties – but not at £122k. Your money is better spent elsewhere.

Ferrari know all the things you are going to want and charge you for them.

But if I had Ferrari money, I’d buy one. Not least because that V8 is a masterpiece and cars like this are living on borrowed time.

How to come out: Tips, example ways, and what to say