Christopher is the same age as one of his husband’s daughters, but that hasn’t stopped their love from blossoming.

Christopher Amato, 31, and his partner John, 56, met on a dating app while he was holidaying in Cuba and John was on a cruise ship nearby in November 2019.

Despite their 25-year age gap, the pair quickly fell for each other and have been besotted ever since.

The couple face hateful online comments about their relationship on a daily basis – with some going as far as wishing death on the couple.

Christopher is the same age as John’s daughter – who told her dad ‘as long as you’re happy, I’m happy’.

But the pair had nothing to worry about, as Lori now visits the couple once a month from New Brunswick, Canada, and John considers her one of his ‘closest friends’.

Dad-of-one John, from Portland, Maine, USA, said: ‘Lori and I have a great relationship, I’m older than she is but it’s nice we’re the same age and grew up in the same era. 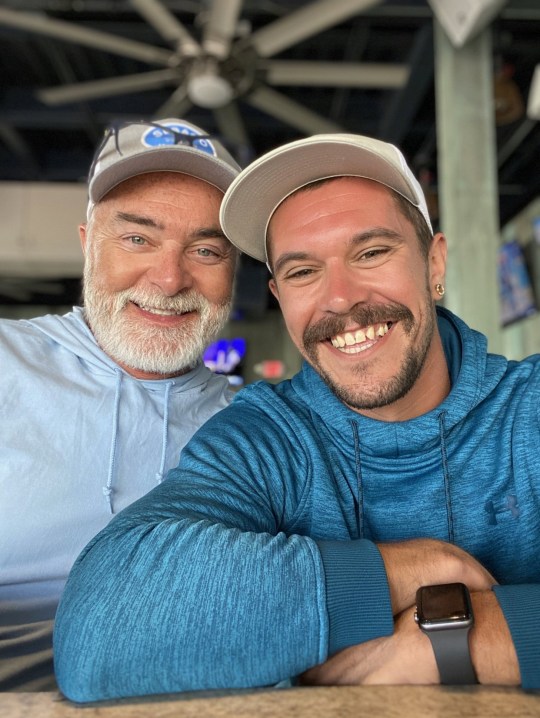 ‘When she comes down to visit it’s like we’ve been friends forever, I’d say she’s one of my closest friends.

‘When we first got together, I was a bit worried about our age gap, only because I have a daughter the same age as Chris, so I was a little reluctant to message him back.

‘But when I realised it was going somewhere, I called my daughter and explained. She just said “dad, as long as you’re happy, I’m happy for you”.

‘That took a lot of pressure from me and made me feel really good.’ 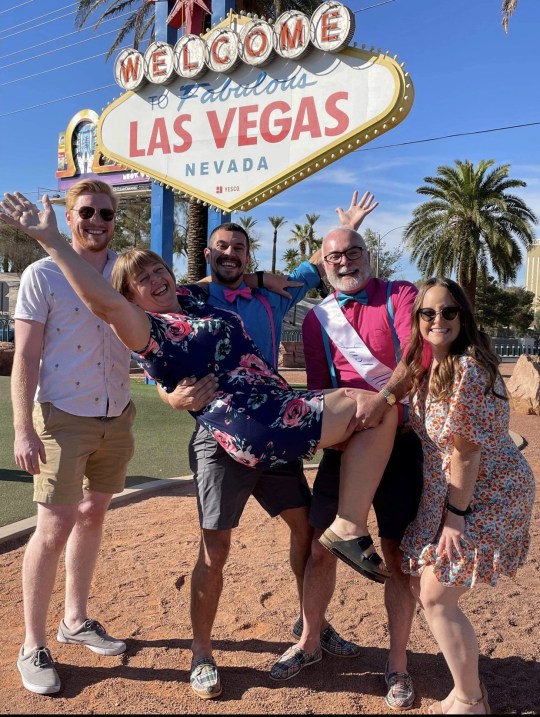 He left his job working for the Canadian postal service to follow his heart and marry John, a general manager of a family bakery.

They married in October 2021 in the Little Church of the West in Las Vegas, US.

However, the pair have faced their fair share of backlash due to their age difference. 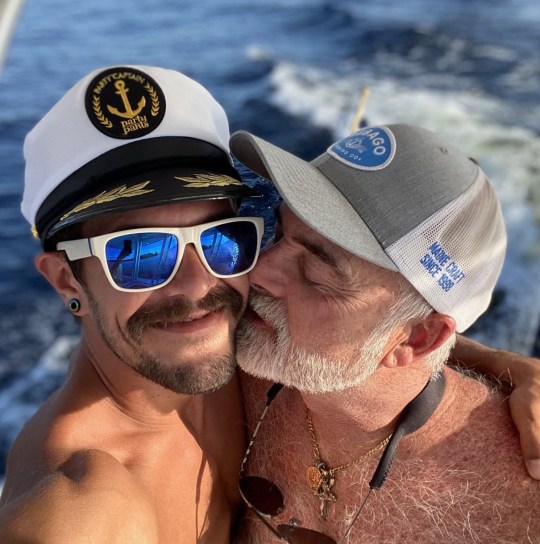 Christopher and John get mistaken for grandfather and grandson(Picture: Christopher Amato / SWNS)

Christopher said: ‘We’ve had our social media accounts suspended from TikTok 12 times because we end up getting bullied and reported by people for no reason.

‘People comment “where’s the old man? How come you’re in the hot tub with your grandfather? Why’d you marry your dad?” Or sometimes even say John’s a paedophile.

‘We’ve been called every name you could think of – people have wished us dead and said they hope we get AIDS or monkeypox – it’s relentless.

‘There have been a couple of people that come on our lives and honestly think John is my dad if we’re sitting at the table, but I just say “no, that’s my husband” and they apologise.’

Despite facing some negativity, the couple have generally found their family and friends to be accepting and focus on their own lives and relationship. 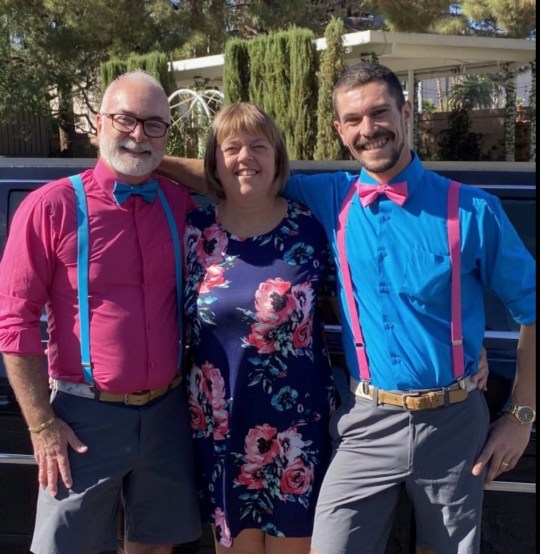 The couple met on a dating app whilst Christopher was holidaying in Cuba and John was on a cruise ship nearby in November 2019 (Picture: Christopher Amato / SWNS)

John said: ‘The first night I met Chris I thought to myself “this is the guy I’m going to marry” and look at us now three years later.

‘We got engaged after two months, and people said that it was way too fast, but it’s our life not theirs.

‘It wasn’t so easy for me, it’s very cliché for an older person to be with a younger person – everyone thinks one thing and it’s such a stereotype.

‘But everything’s worked out for the best, everyone loves Chris now. It really baffles me that everybody worries about everyone else rather than themselves.

‘This isn’t a dress rehearsal – you get one life, and you should live it as you want.’ 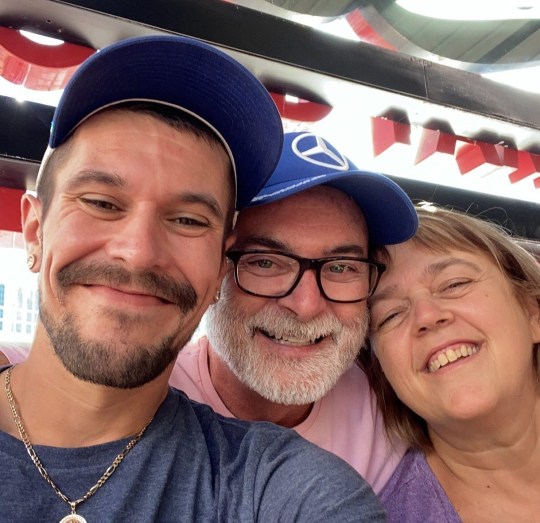 Despite their 25-year age gap, the pair quickly fell for each other and have been besotted ever since (Picture: Christopher Amato / SWNS)

Chris said: ‘John is definitely the love of my life, there’s no one else I’ve ever made that ever made me feel the same way that John does,

‘He makes me feel loved, he’s always there for me and supports me.

‘For me I feel like the people that come in and leave nasty comments on our videos are so unhappy in their own lives.

‘I try not to let it bother me because I love John, and nothing that they ever say will change that.’