TERENCE CRAWFORD knocked out Kell Brook in round four to retain his WBO welterweight world title. 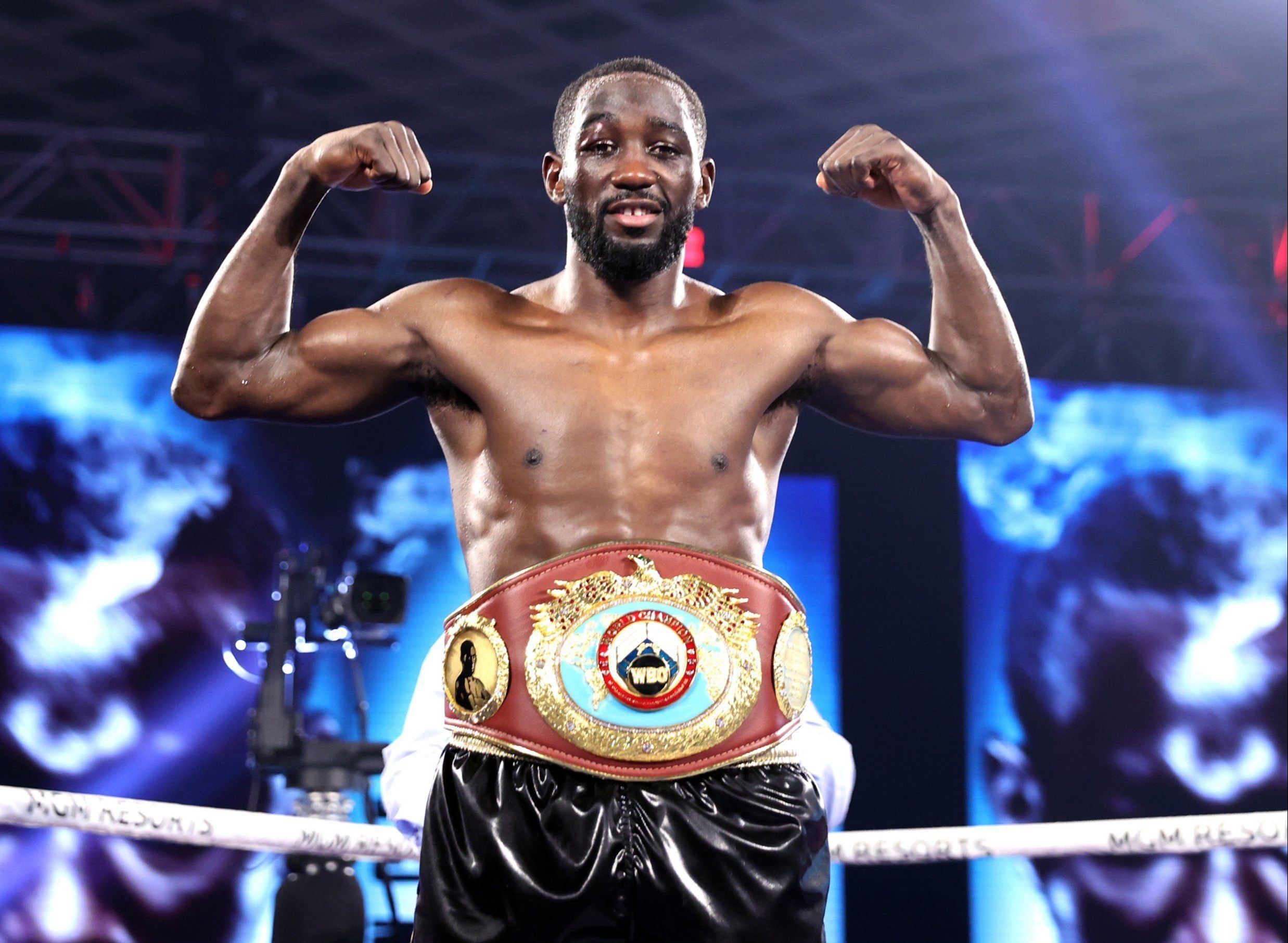 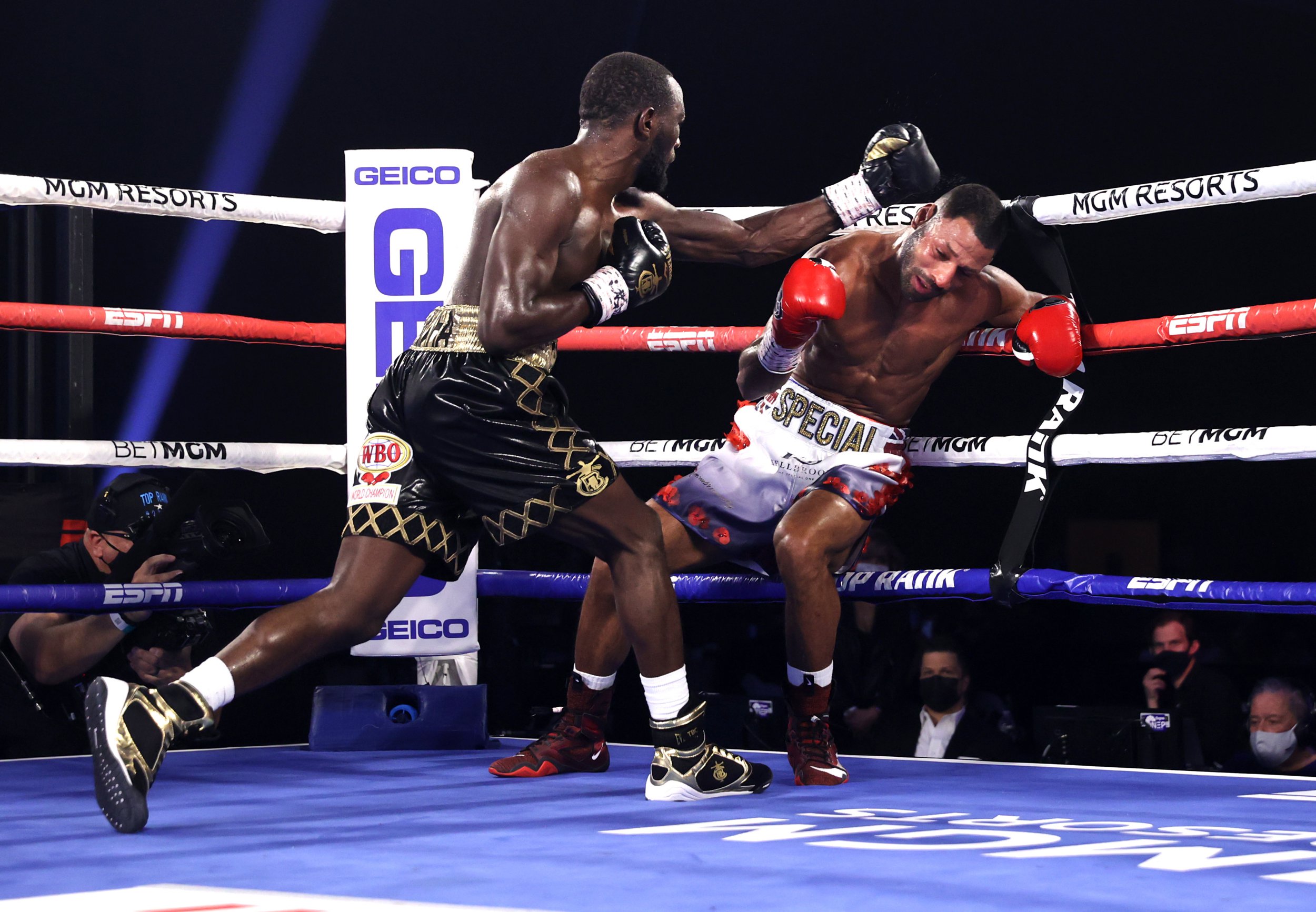 But in round four, after a counter right hand, Brook was sent rocking back and handed a standing count.

Despite fighting on, lethal finisher Crawford swarmed the challenger with a barrage of shots causing the fight to be stopped.

After his 37th career win, he said: “I was trying to gauge the distance. He had good distance.

“I was trying to find my rhythm in between getting my distance together. That’s why it was so competitive at first. I couldn’t get my shots off.

“Kell is a tremendous talent. He came and he tried to take my title. He was in shape.

“He made the weight. There were no excuses to be put on the table. He came off of three wins.

“He lost to the better man.”

Brook, fighting at welterweight for the first time since 2017, made a bright start and bossed the first two rounds with an expertly timed jab. 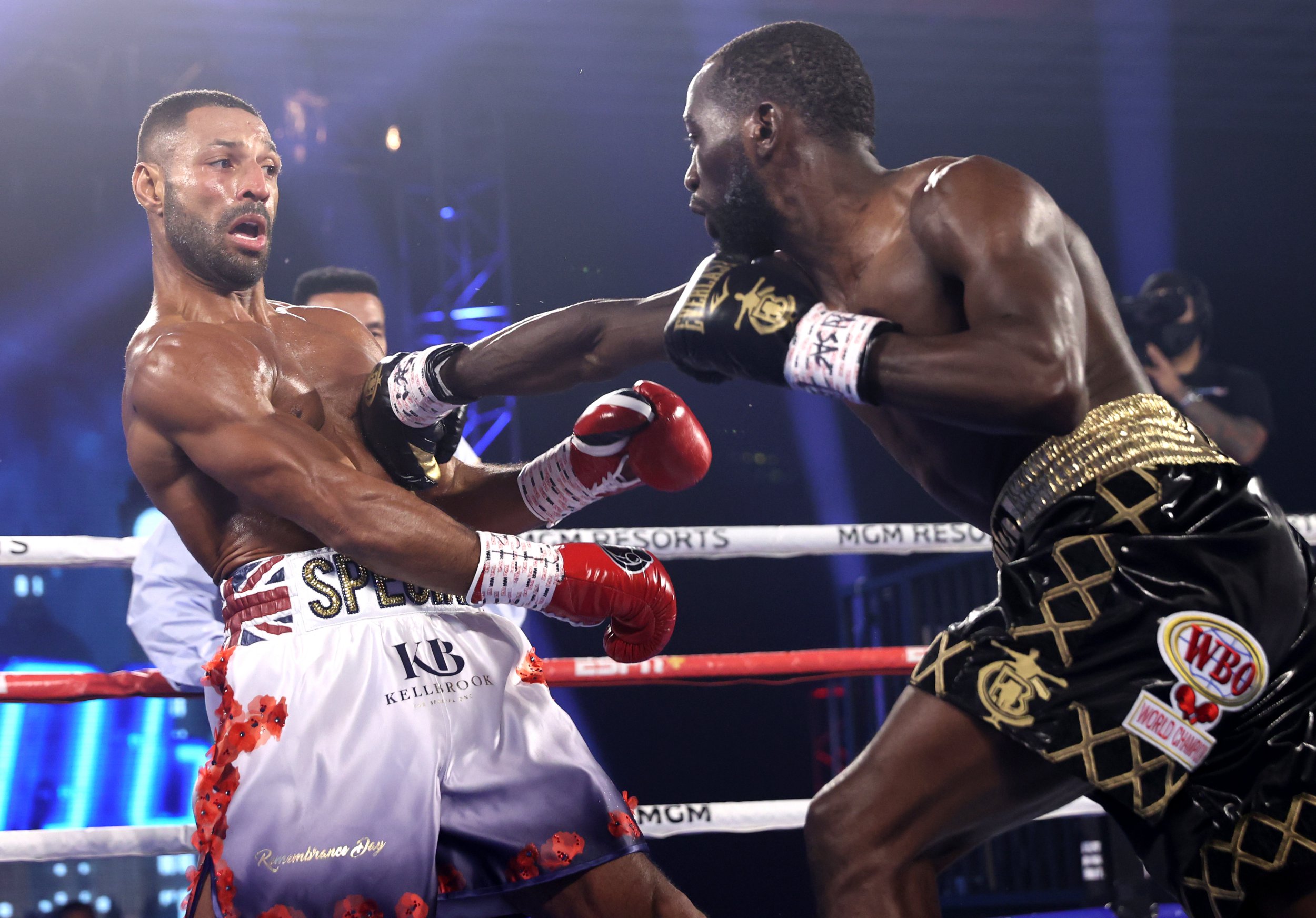 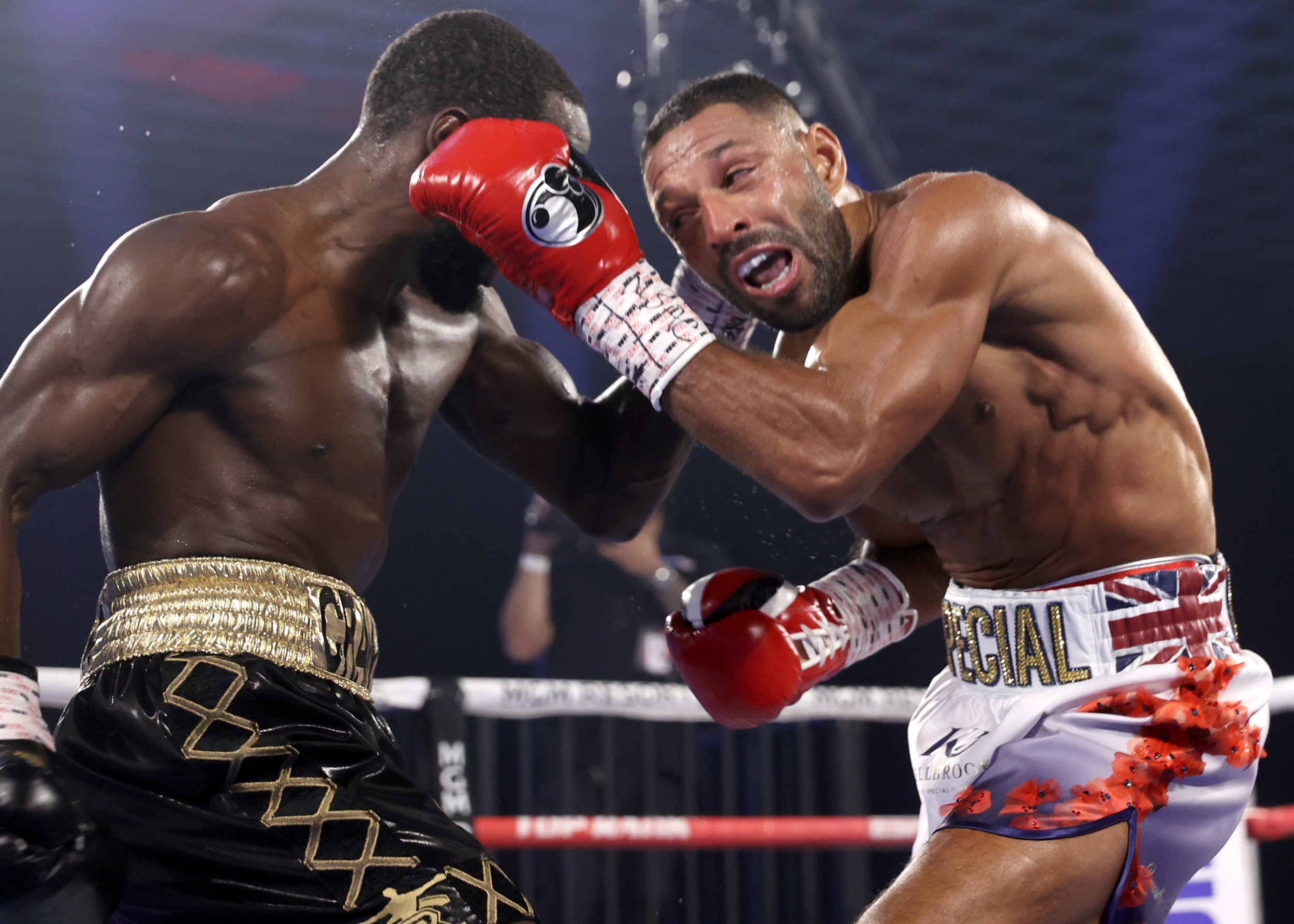 He even threatened with straight right hands, as Crawford went in the southpaw stance to change up his game plan.

By round three, the 33-year-old champion began to find his range and rhythm better, but Brook’s jab was still causing him a problem.

The fight then suddenly turned on its head a minute into the fourth as Crawford landed a perfectly timed right hand in the southpaw stance.

Brook, 34, was sent reeling backwards and took punishment on the ropes before a standing eight-count was called.

He was given the chance to fight on but was still dazed as Crawford – who came into the fight with a 75 per cent finish rate – sensed blood.

The Nebraskan landed another right hook over the top and after a string of left hands, Brook was saved by the referee Tony Weeks. 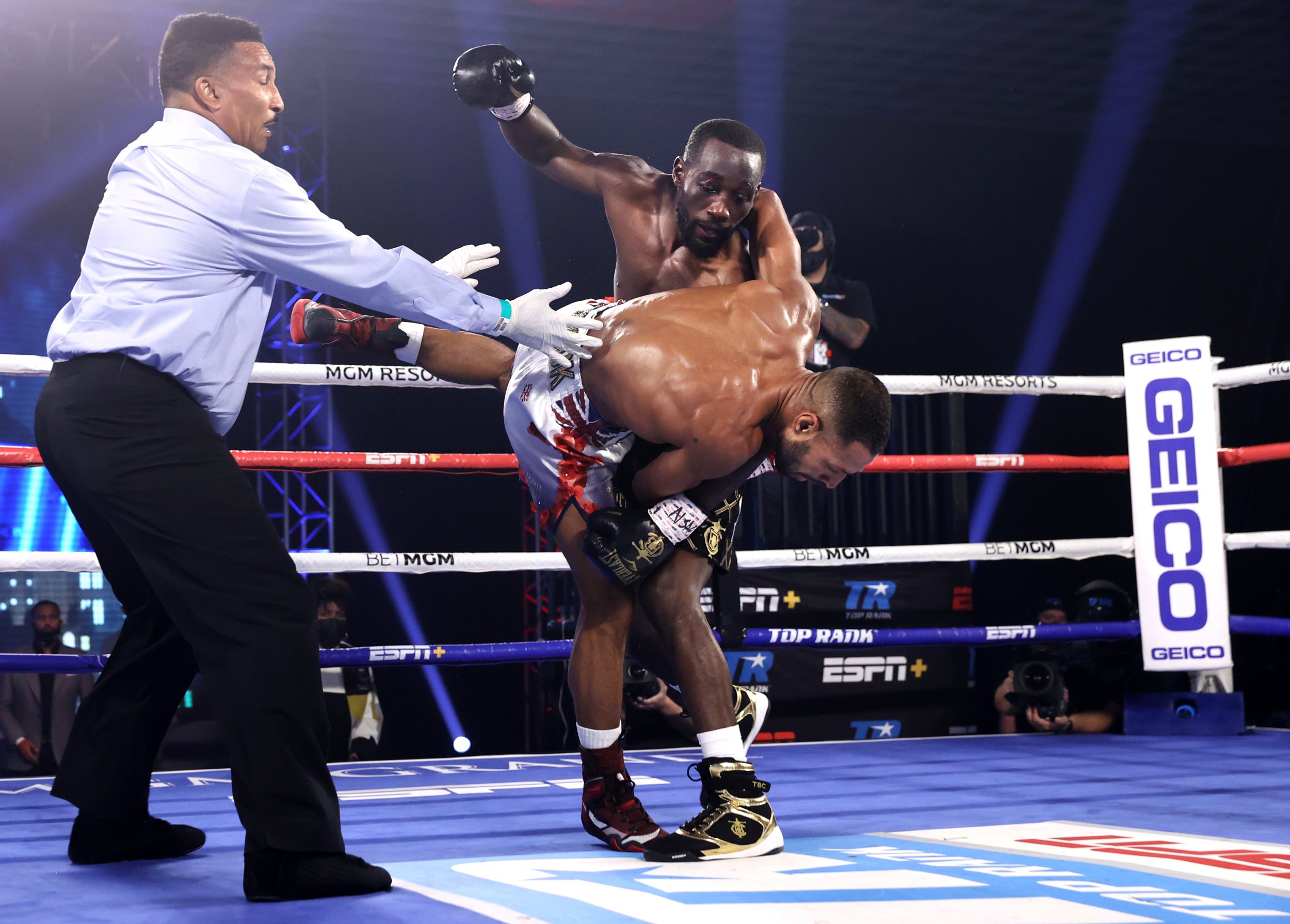 As soon as Brook was hurt Crawford closed out the show Credit: Getty Images – Getty 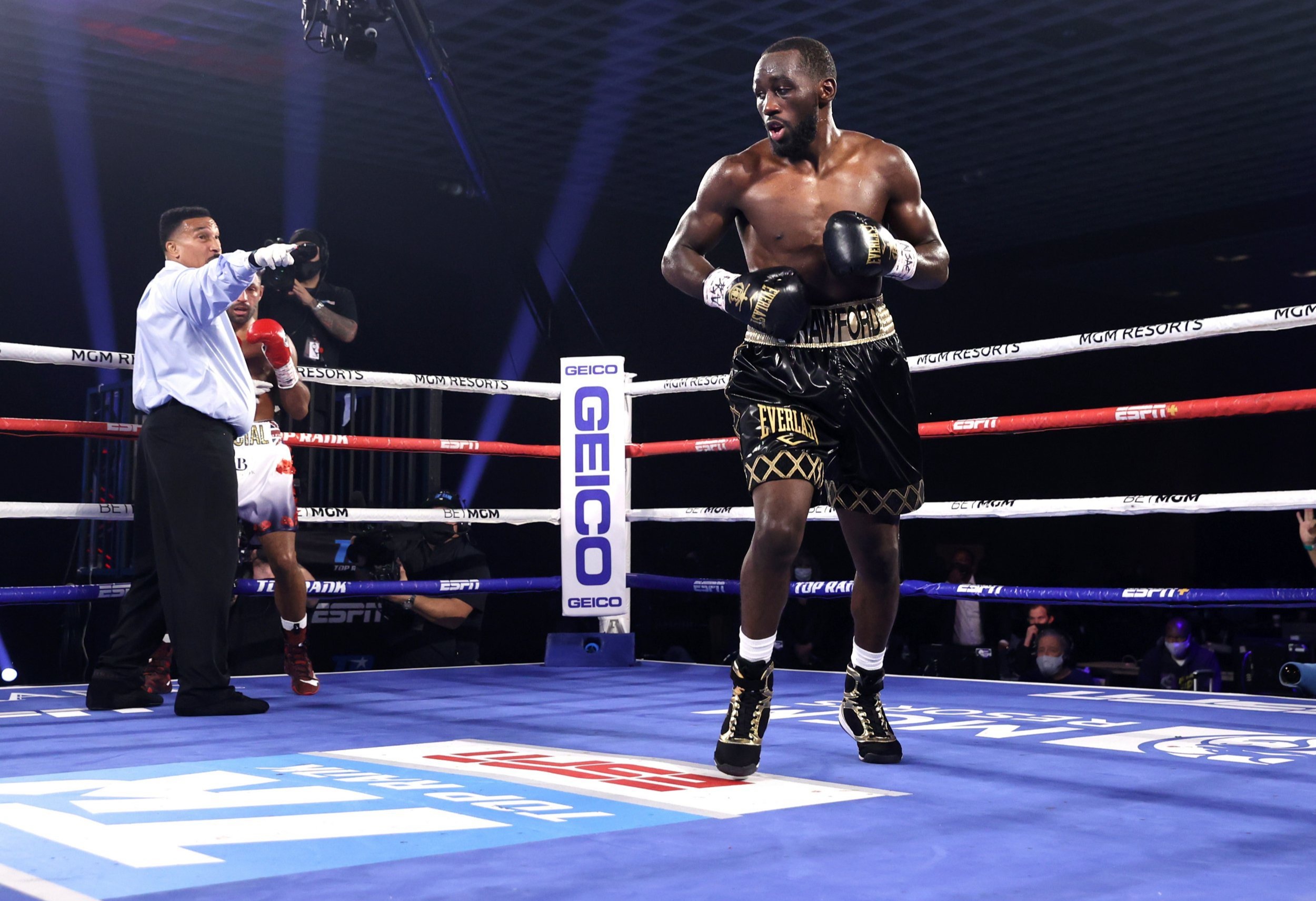 Following the loss, he said: “Never in my career, nobody has ever done that to me in sparring or anything.

“It was one of them… I got caught with a shot I didn’t see. I’m gutted because nobody could’ve gotten me in better condition.

“I was bang on the limit. Maybe I could’ve been a bit more relaxed and loose and let the shots go.”

Crawford’s promoter Bob Arum revealed he will attempt to put the WBO champion in the ring with Errol Spence Jr.

But Arum fears WBC and IBF champ Spence – who fights Danny Garcia on December 5 – will try and swerve the unification.

He said: “Errol Spence will try to avoid Crawford for as long as he can.

“You saw the performance tonight. He’ll take out Spence in the same number of rounds as he did Kell Brook.”

Crawford was in line to challenge WBA champion Manny Pacquiao in Qatar this year, but the coronavirus pandemic KO’d the mega-fight.

Despite the cancellation, the unbeaten American wants to re-visit negotiations with the Filipino icon.

He said: “I want Pacquiao. I want to revisit that fight. That was a fight that should’ve happened right now.

“But being that the pandemic happened, and they weren’t going to allow fans in the Middle East, they had to put a hold to that.

“Everything was 95 percent done. We had the venue. The money was almost there. It wasn’t quite there. That was the only thing we were waiting on.”

Arum added: “It was set to take place in the Middle East before the minister of health stopped it.

“But we’re [now] in talks want do it in the Middle East before or after Ramadan.”