ROY KEANE had TV viewers in stitches after his hilarious put down of Gary Neville during coverage of Saturday’s Manchester derby.

The pair were on pundit duty for Sky during the scoreless bore draw with the Irishman livening up proceedings by ribbing his friend and former Manchester United team-mate. 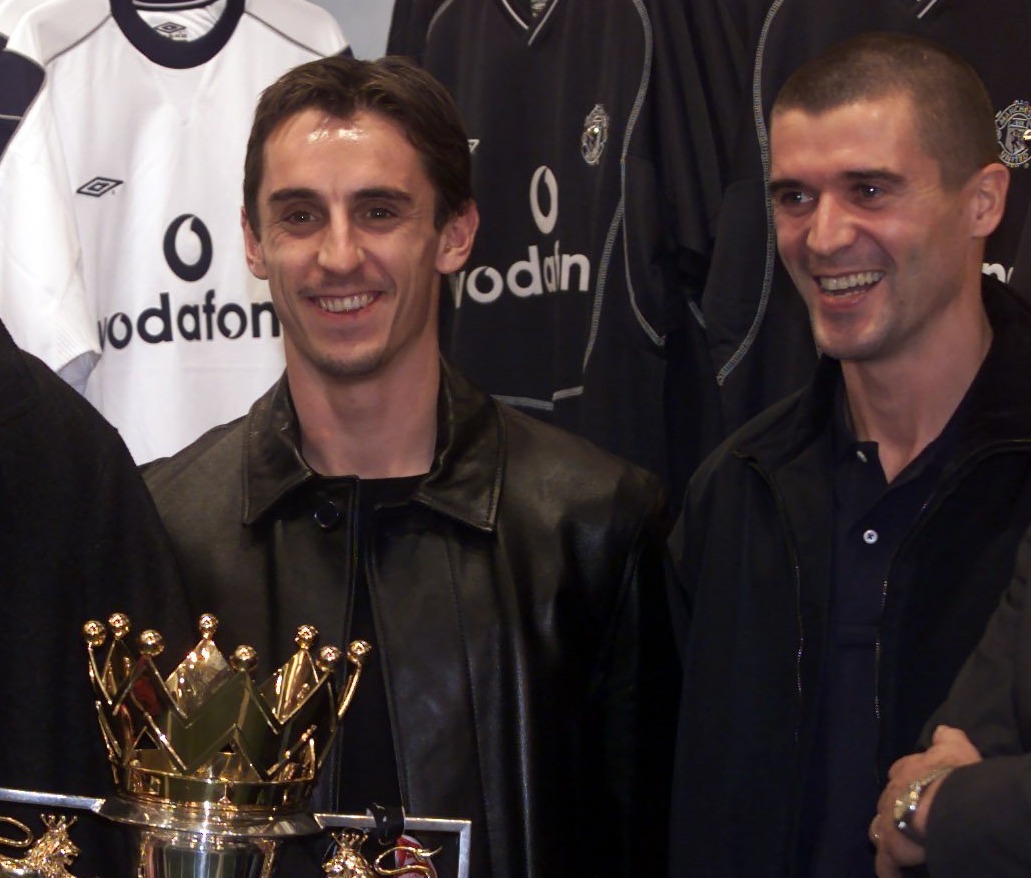 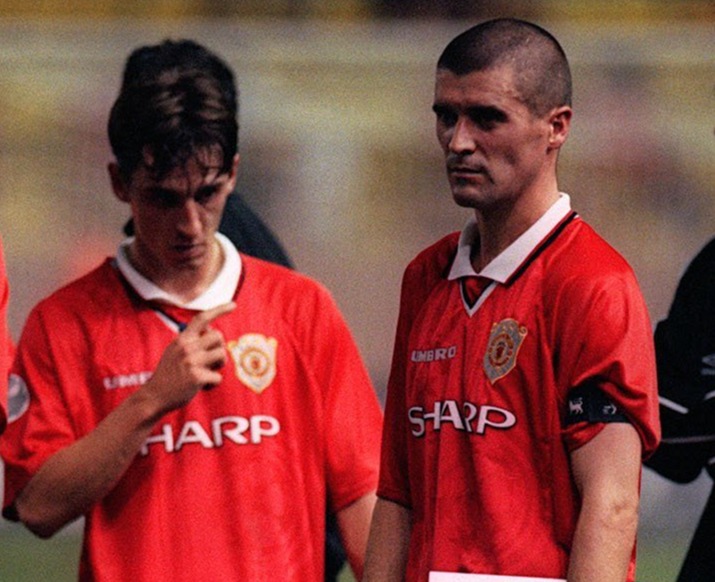 The Irishman hilariously claimed Neville only played for Man Utd because they had no other right-backsCredit: News Group Newspapers Ltd

Keane was asked whether Ole Gunnar Solskjaer should rotate his team during the busy Christmas schedule.

And the United legend replied: “I always say, when you’re at a big club, the players pick the team.

“You train (well) all week and the manager may say ‘well, I have to play him’. That was my mindset when I was playing for the club.

“Squad rotation is all good but don’t be rotating me. I’ve got to be playing in the team because hopefully I can bring something to it.”

Keane then nodded towards Neville, and quipped: “Chop and change some other lads, Gary and one or two others, but leave me to it.”

Neville hit back with: “I was a stalwart at right-back, I’ll have you know.”

But Keane was having none of it and with a wry grin on his face replied: “You were the only right-back at the club. We were stuck with you.”

Neville and fellow pundit Micah Richards roared with laughter at the good natured banter as they continued to analyse the 0-0 at Old Trafford.

Keane, 49, has proved a big hit with Sky viewers since he was appointed as a pundit.

It is not the first time he has poked fun at Neville, 45, recently saying ‘he doesn’t rate’ the former right-back.

He also hit headlines on Saturday when he slammed United’s players for hugging their City counterparts after the game.

And Keane recently joked he thinks Arsenal will have enough to stay up after their awful run of recent form.

Solskjaer says the draw against Man City was a fair result What Are the Common Signs You Need Glasses?