RANGERS star Alfredo Morelos may not have been involved in the club’s 4-0 rout over Cove in the Scottish Cup.

But that didn’t stop the Light Blues hitman stealing headlines from the bench as he was caught red-handed in the action. 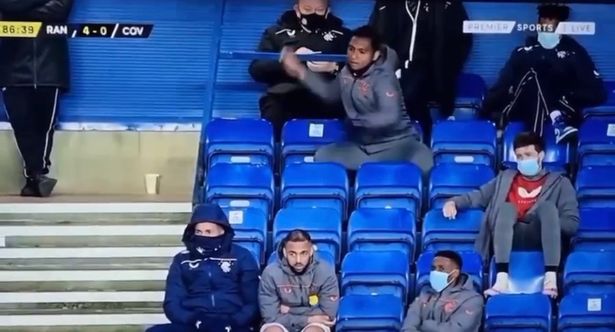 Steven Gerrard’s side ran out comfortable winners in the third round tie at Ibrox, thanks to goals from Kemar Roofe, Jermain Defoe and Nathan Patterson.

The victory sets up a mouth-watering Old Firm derby clash with Celtic in the next round, which will be held on the weekend of April 17/18.

Roofe bagged a double, while veteran Defoe showed he’s still got it with a classy instinctive finish.

The match against the League One outfit provided a rare opportunity to rest Morelos, who is without the club’s No.1 striker.

But fans weren’t completely bereft of Morelos action, with the Premier Sports cameras catching the Colombian trying to carry-on with skipper James Tavernier on the sidelines.

The 24-year-old could be seen picking up paper balls and aiming them in the direction of Tav, who was sat next to goal hero Roofe a few rows below.

Tavernier didn’t even have to turn around to discover who the culprit was.

While the second half may have been lacklustre with the match already dead and buried, Morelos’ mischief certainly brought a smile to many people’s faces. 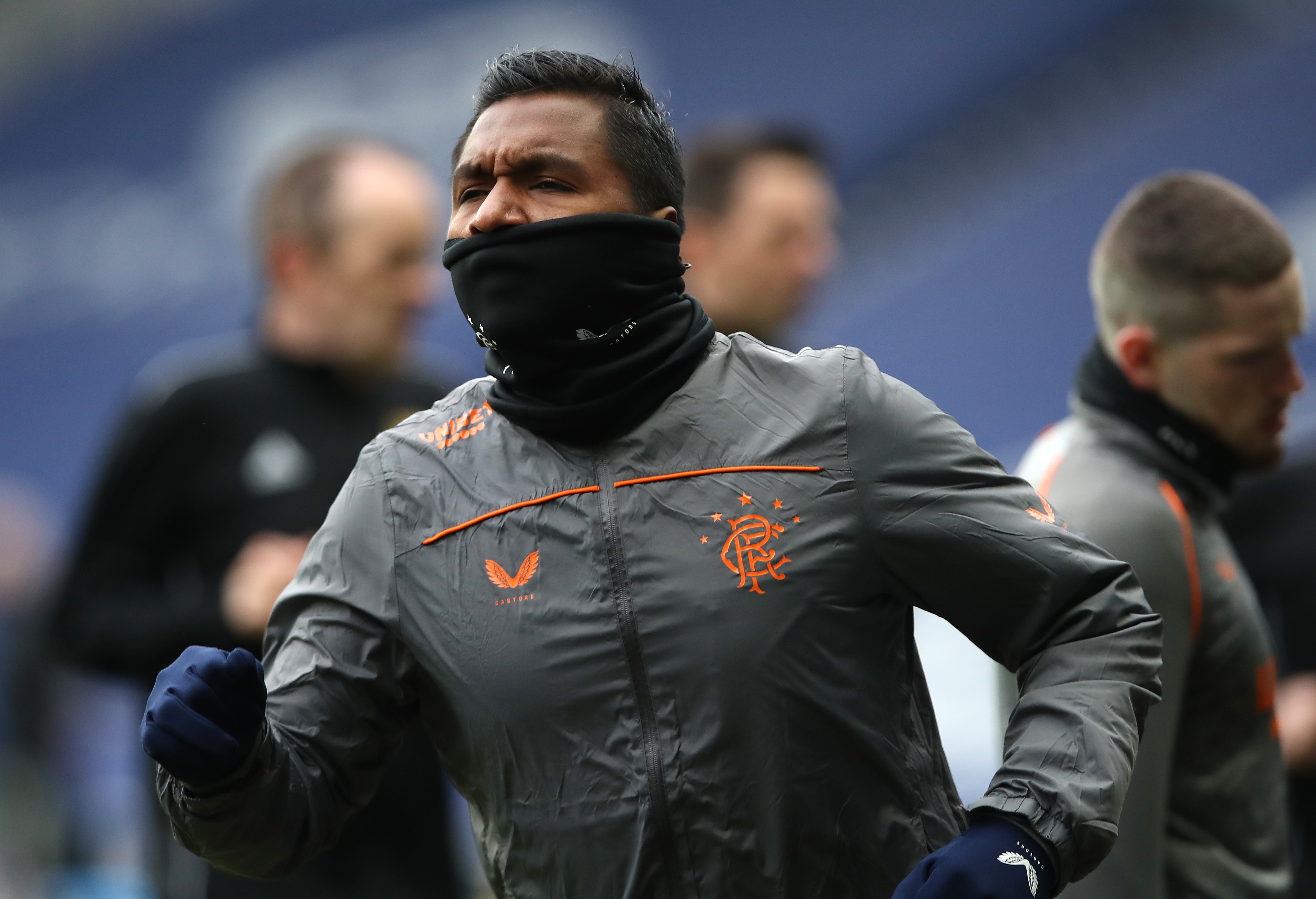 Alfredo Morelos was on the bench for the Scottish Cup winCredit: Getty 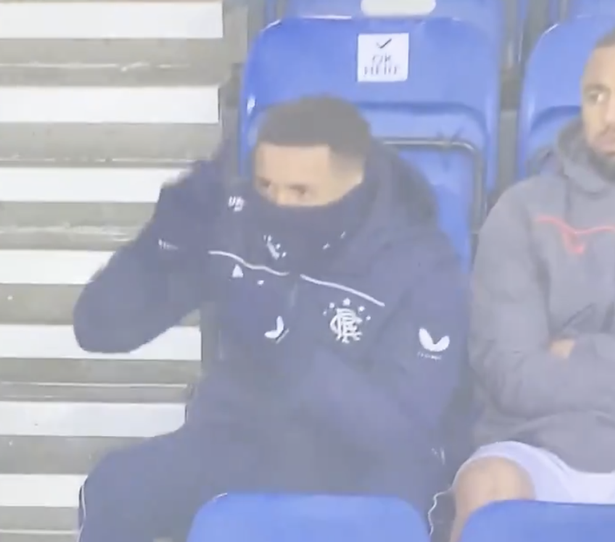 Tav after being cheekily hit by the paper balls

Meanwhile, Sea Shanty singer Nathan Evans revealed his phone started buzzing like crazy after he paired Rangers and Celtic together in the Scottish Cup.

The chart topper carried out the fourth and fifth round draws at Hampden and set up an Old Firm tie at Ibrox later this month.

The lifelong Gers fan revealed it had all been a bit of a surreal experience on his first ever visit to the national stadium.

But the “Wellerman” star has now possibly set up what could be one of the most mouth-watering clashes of the season.

The former postie said: “It was a fantastic experience doing the draw today at Hampden Park.

“I couldn’t believe I pulled out Rangers to play Celtic – if Rangers win tonight.

“I have a lot of Rangers and Celtic fans in a group chat so I could feel my phone buzzing like mad talking about it.

“Today has been surreal coming to Hampden as it’s the first time I’ve been here, despite watching so many games on the TV.

“I had a walk around the stadium before the draw took place and it was a brilliant feeling.”