Warning – this isn’t for the faint-hearted. 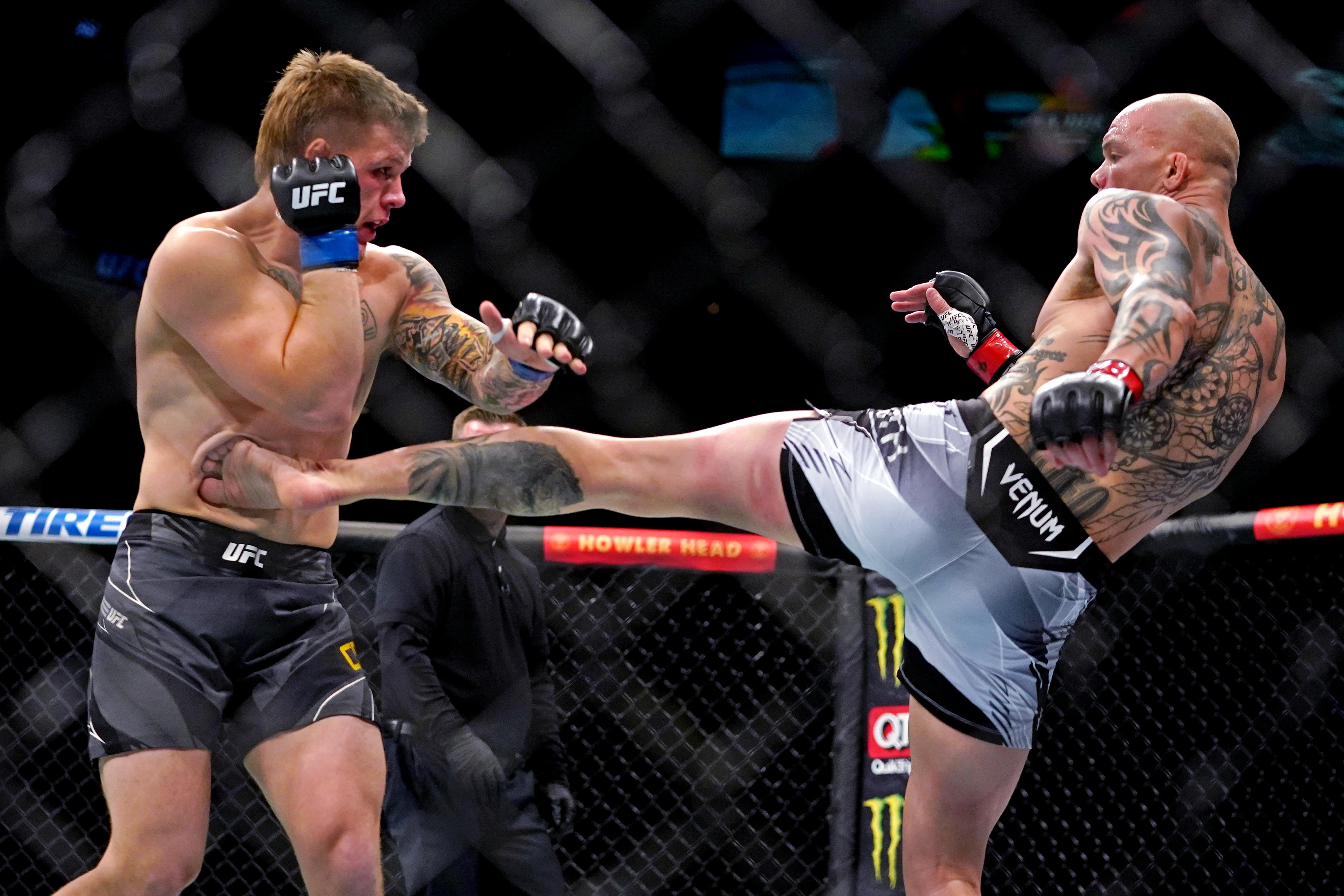 Smith was too clever for Crute, perfectly executing his brutal kickCredit: Reuters 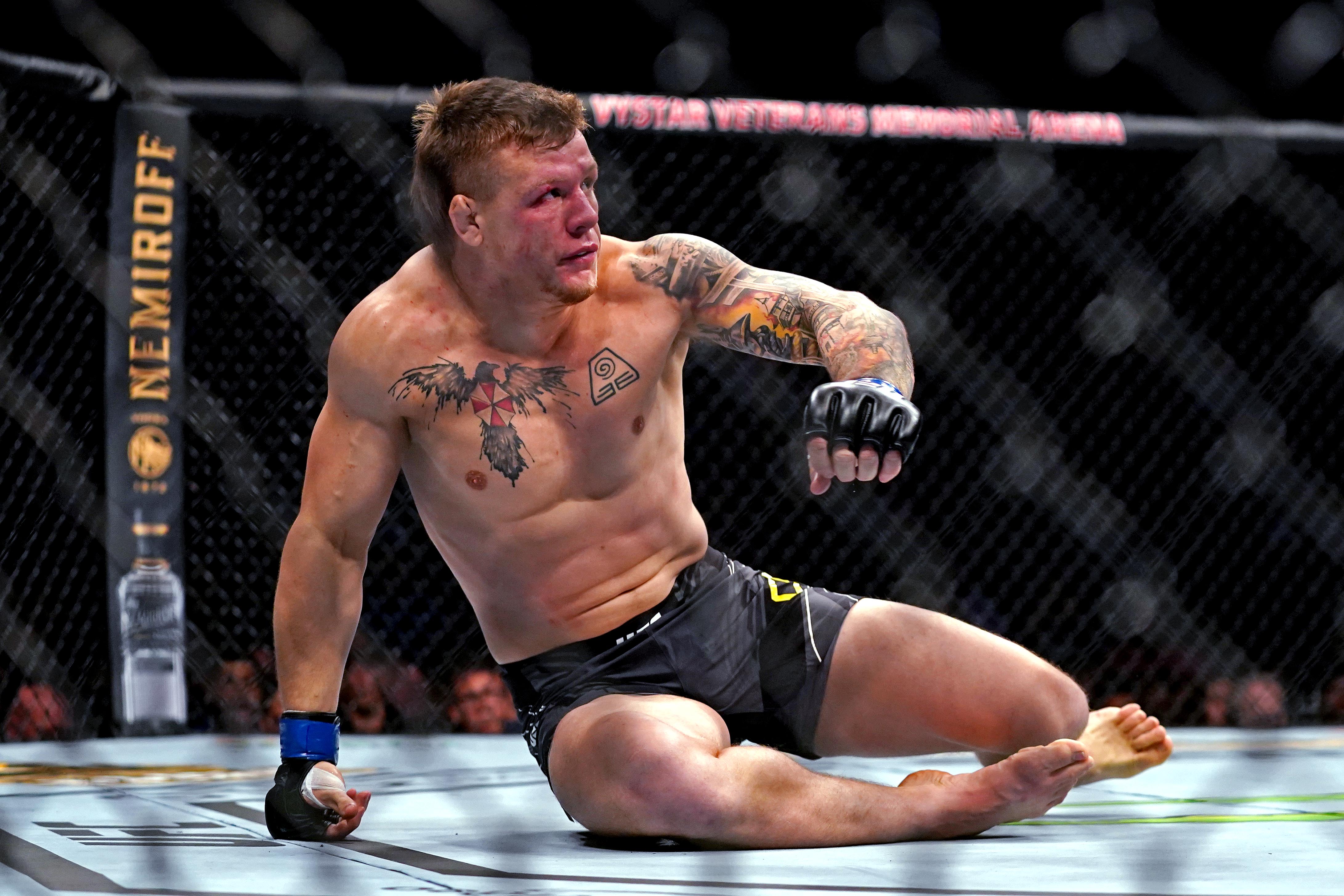 The 25-year-old, unable to walk, knows deep down the fight is overCredit: Reuters

In the opening round of the light-heavyweight fight, Smith kicks Crute just below his left knee.

The challenge seemed innocuous – as if the 25-year-old didn’t even feel it – but the severity of the injury soon came apparent.

Crute’s leg gave way with his next step and he fell to the ground, all but conceding the win to his 32-year-old rival.

He tried to recover by rugby tackling Smith and repeatedly punching him in the head, but it was obvious the fight was over.

The limping Australian tried to show he could still scrap, but the doctor could tell he was in no fit state to continue.

Smith was awarded the win and now boasts a 35-16 MMA record, while Crute’s curriculum vitae reads 12-2. 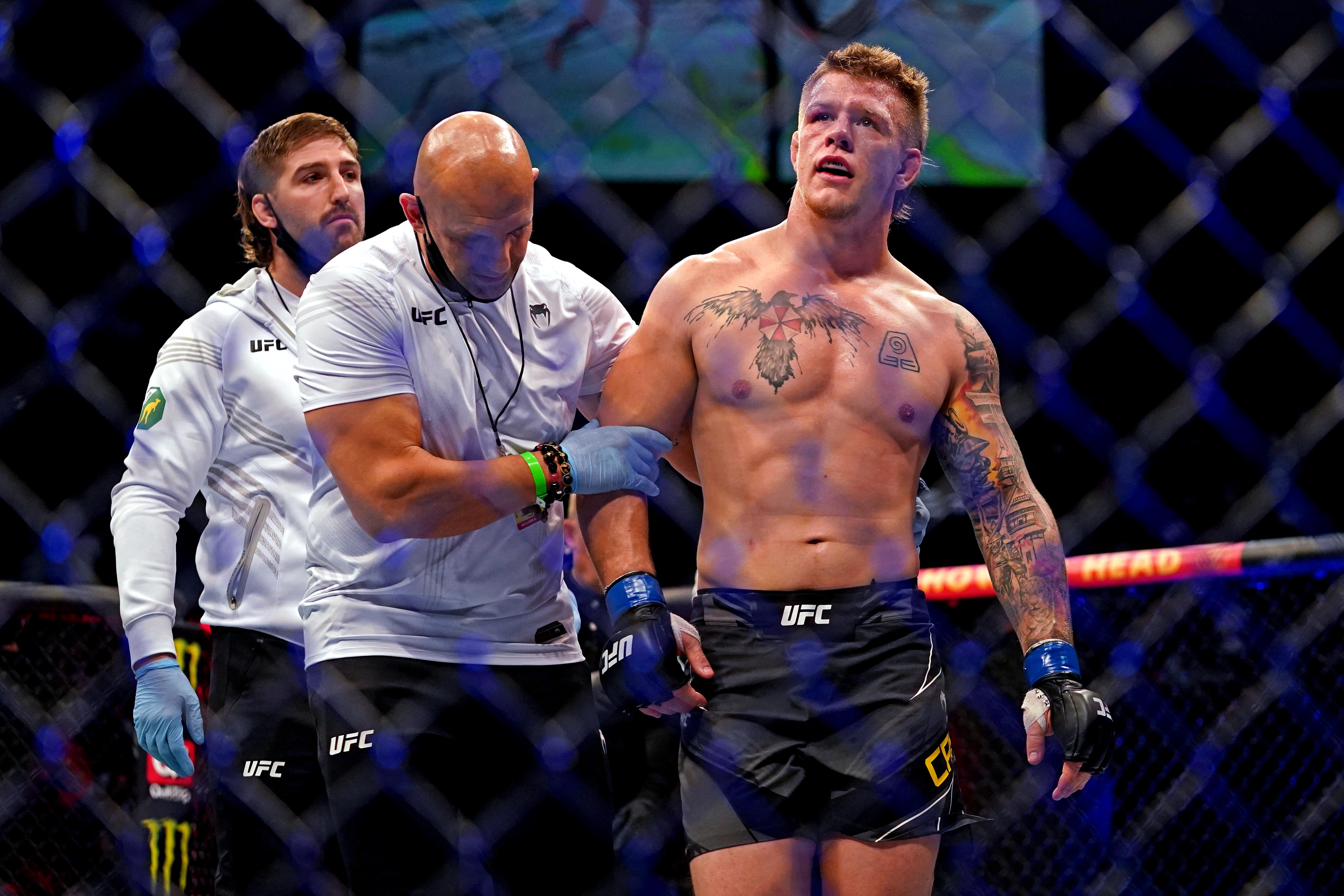 Crute is taken away by the doctorsCredit: Reuters 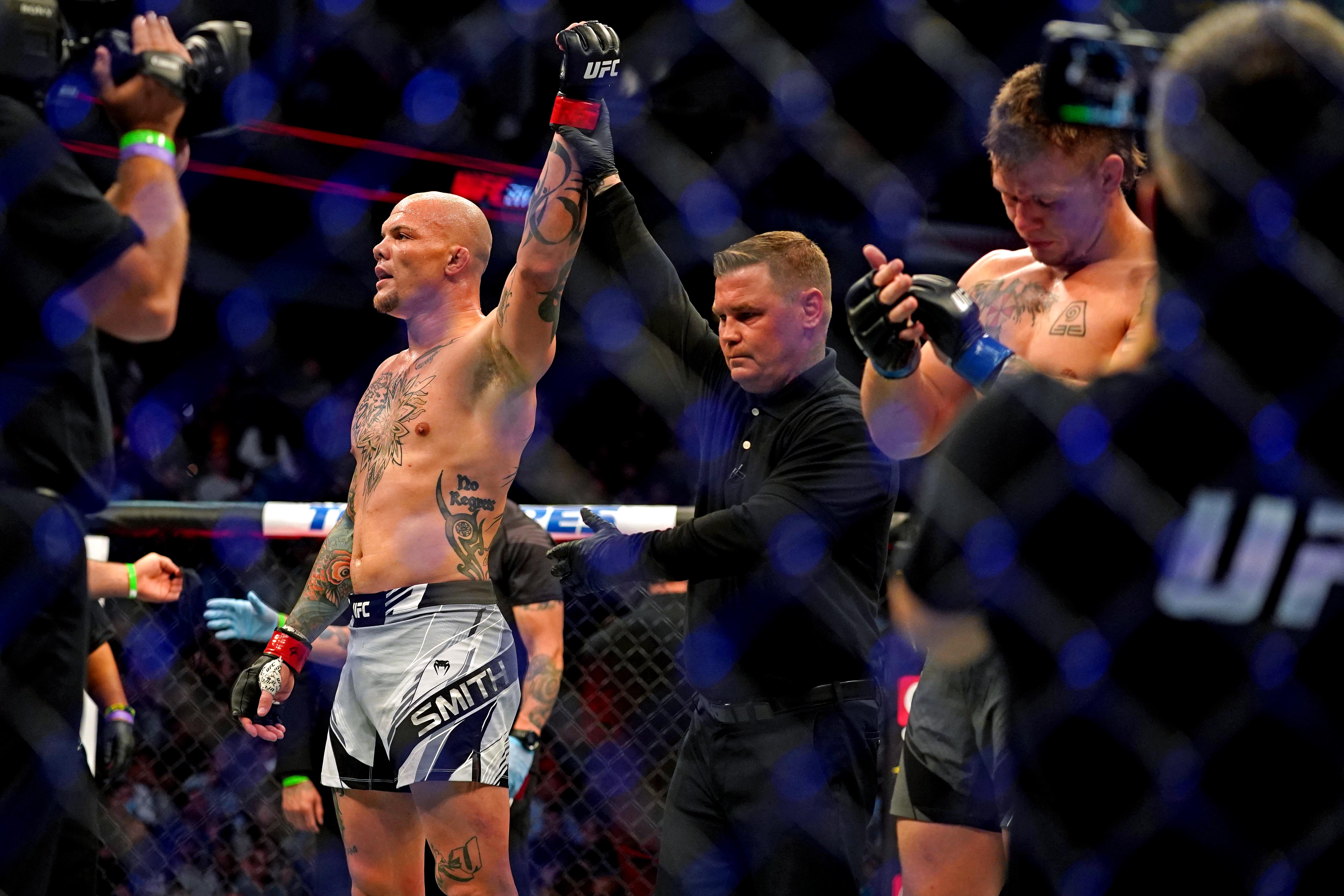 Elsewhere at UFC 261, Kamaru Usman knocked out Jorge Masvidal in the second round and Uriah Hall inflicted a first-round leg break on Chris Weidman.

And Valentina Shevchenko defended her flyweight title by stopping Jessica Andrade in the second round.

Next up is UFC 262, which will see new boy Michael Chandler fight for the lightweight title in just his second fight in the promotion, taking on Charles Oliveira. 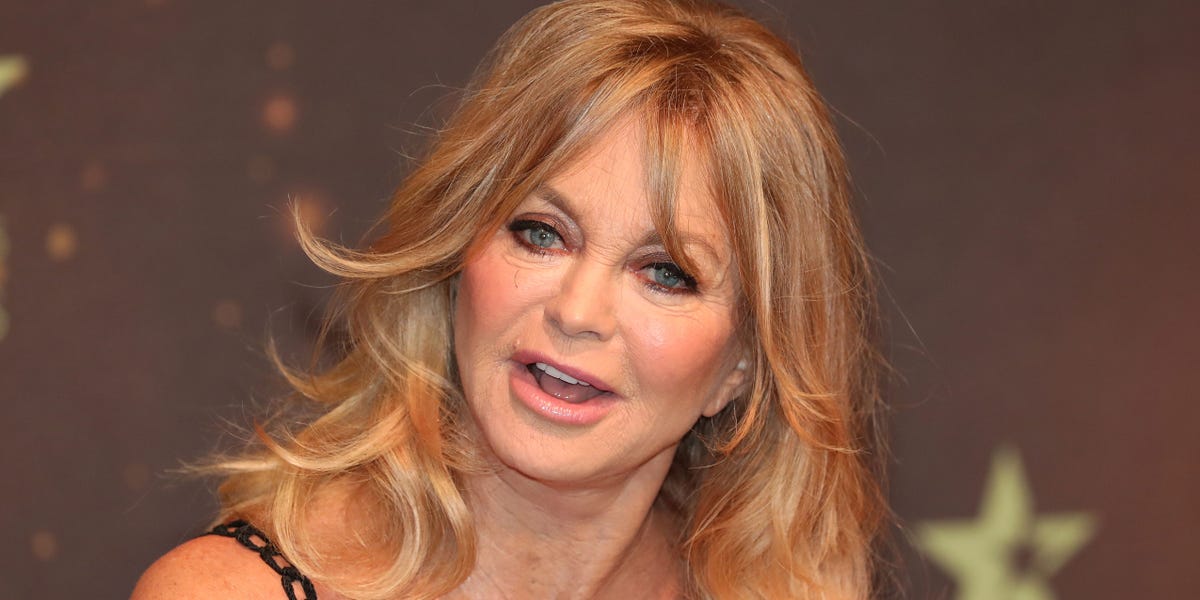 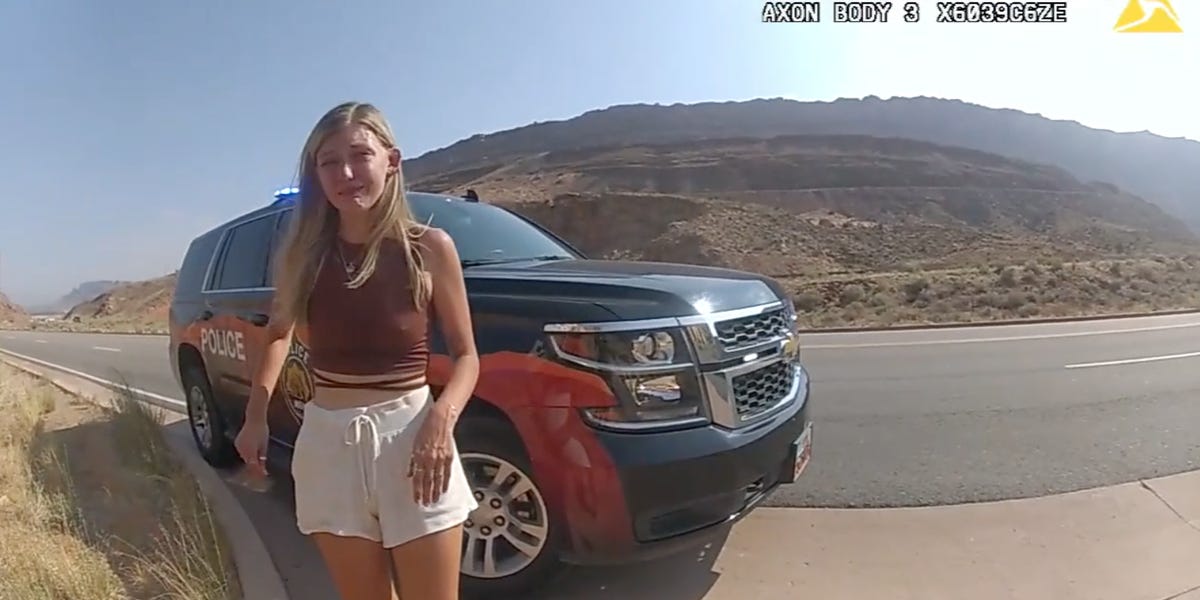 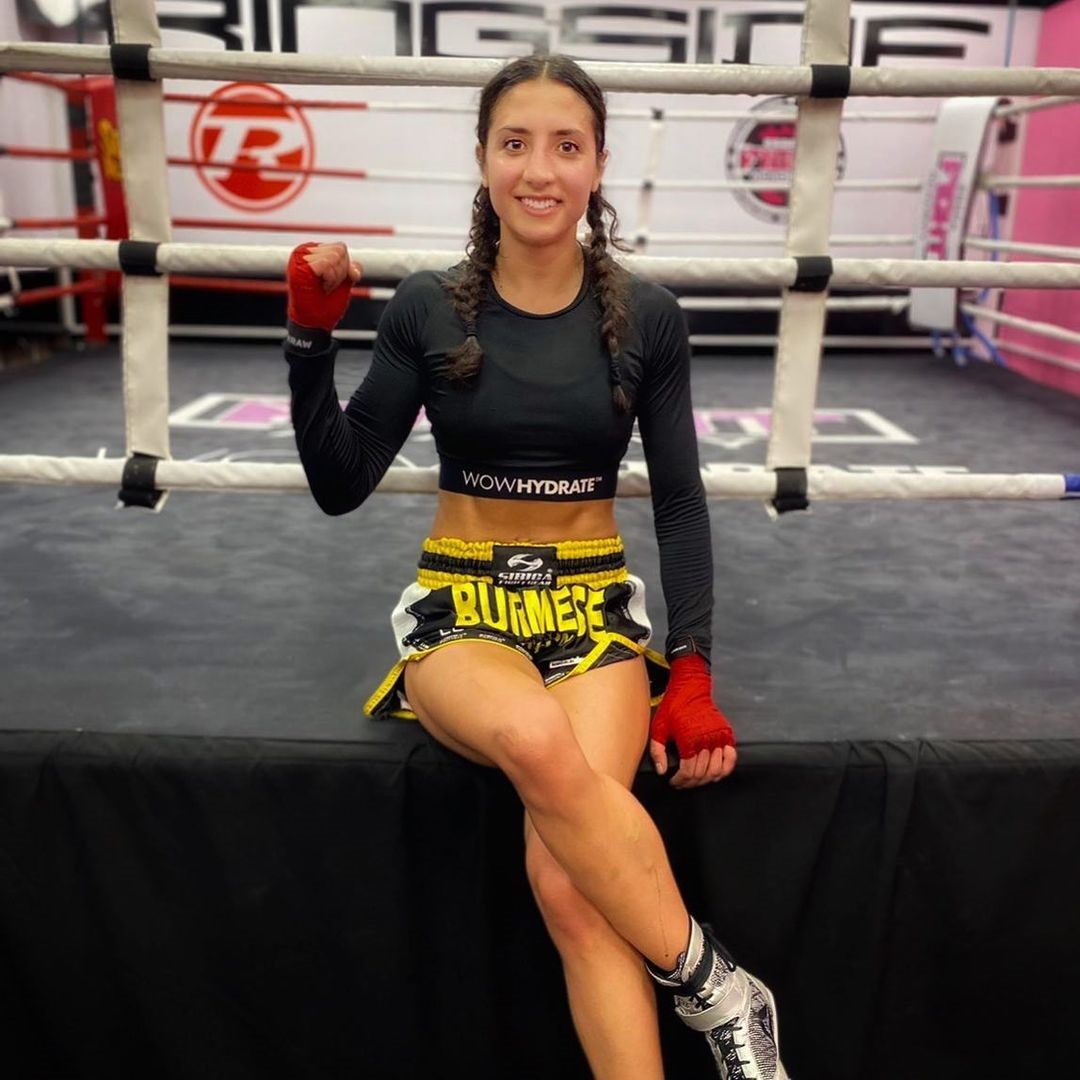