ARSENAL defender Kieran Tierney was held back by team-mates after angrily trying to confront Ezgjan Alioski.

The Scottish full-back was clearly unhappy with his Leeds counterpart for his role in Nicolas Pepe’s sending off. 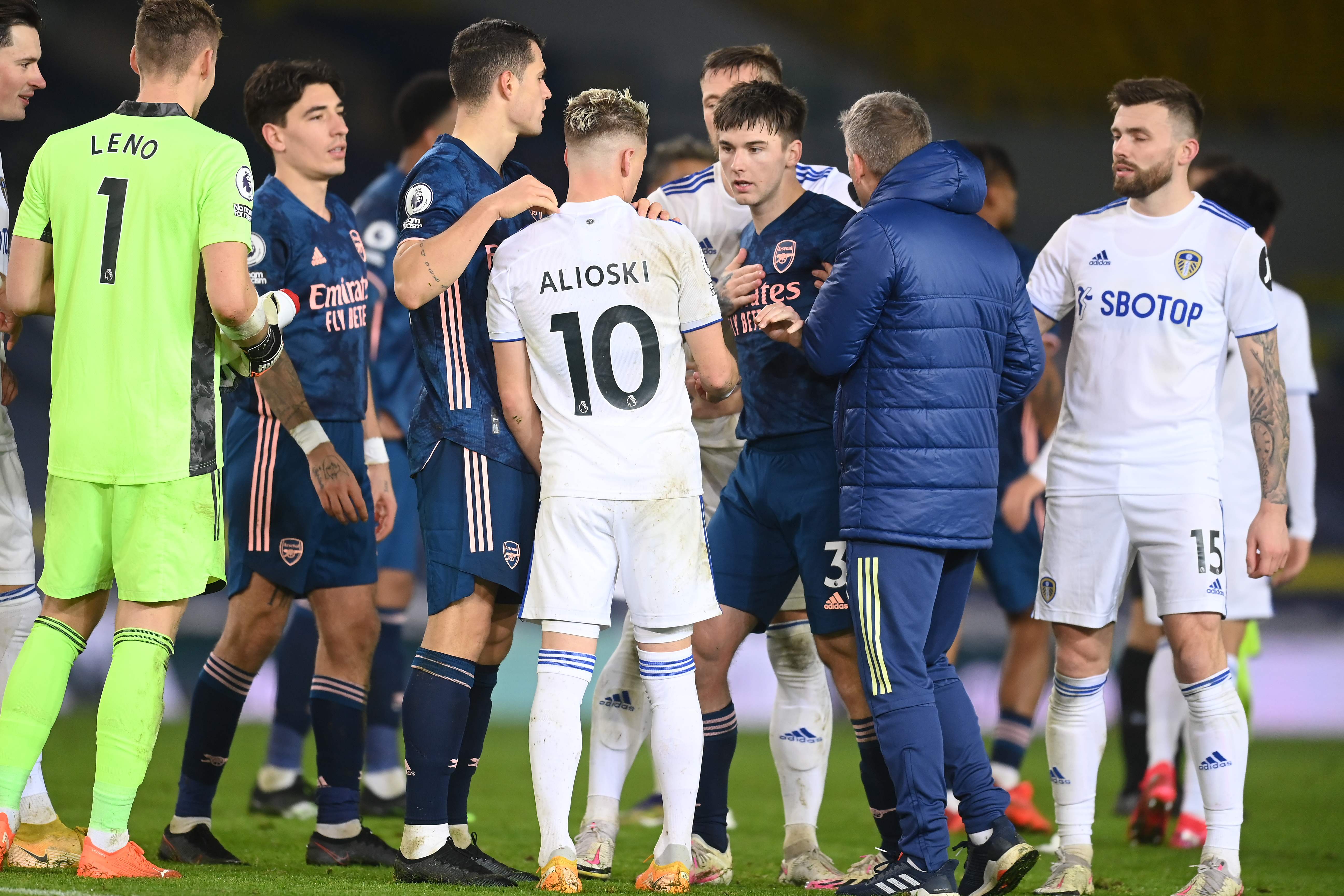 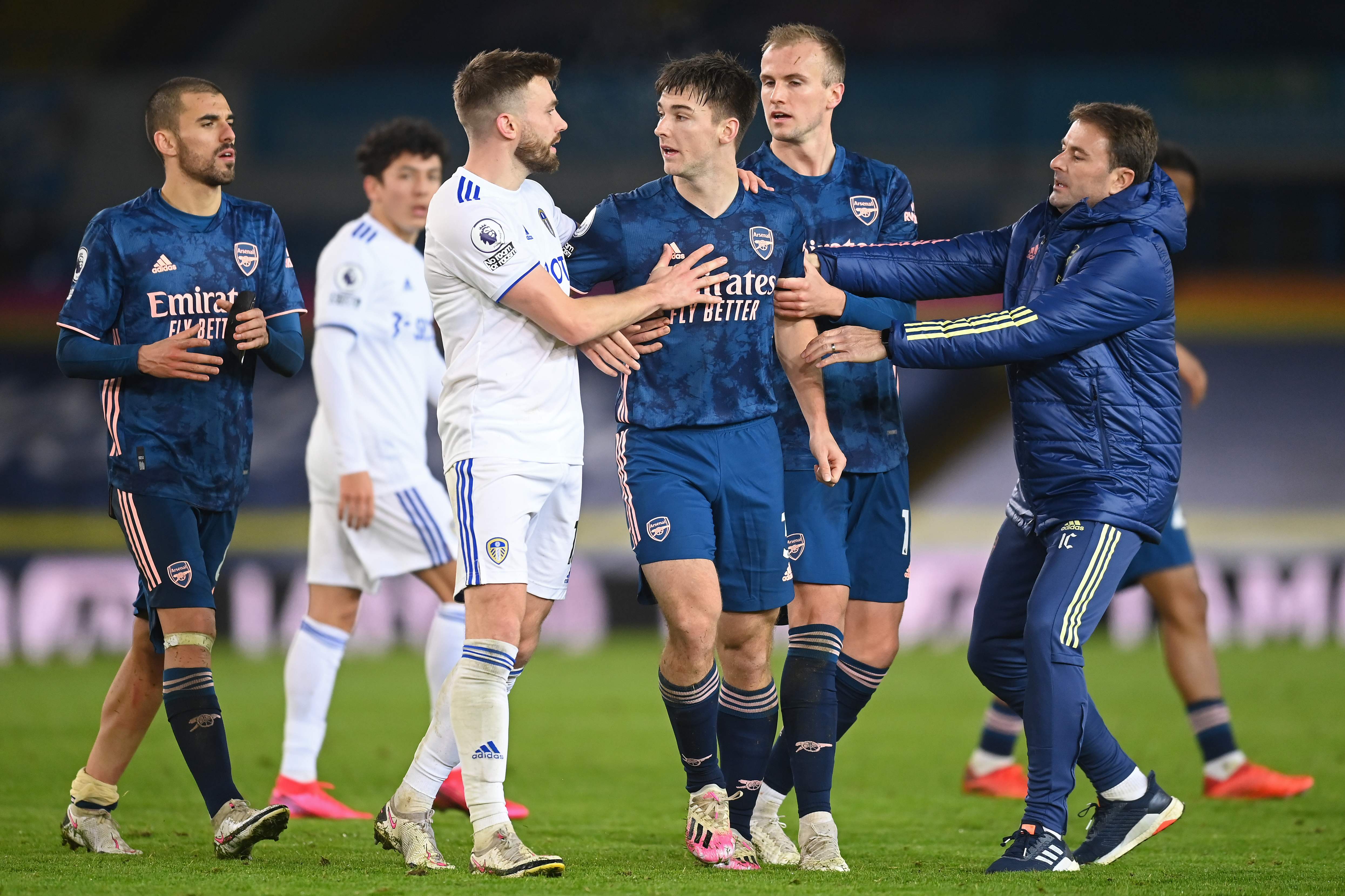 The furious Scottish defender needed to be held backCredit: AFP

Pepe saw red for a headbutt on Alioski during Sunday’s 0-0 draw at Elland Road.

Alioski fell theatrically to the floor when Pepe made contact after the two squared off.

And Tierney, 23, tried to confront the Leeds defender after the final whistle, only to be held back by team-mates.

The Leeds man went down clutching his head with Arsenal’s Reiss Nelson on the ball early in the second half.

Referee Anthony Taylor blew his whistle to stop play after not seeing the incident live.

But after just a brief look at the VAR monitor, his decision was easy and he showed Pepe the red card.

Replays later on the half showed Pepe and Alioski tussling a few minutes prior to the red-card incident.

And the next time they came back together, they both pushed out their arms before Pepe took the bait.

Gary Neville, on co-commentary for Sky Sports, called the action: “It’s Pepe and Alioski. Has Pepe reacted? He’s wandering back towards the Leeds man.

“He’s reacted to the initial contact and Alioski just stands his ground and the head comes towards him. He’s done.”

Pepe had no complaints when the red card was brandished and trudged off the pitch and up the steps back to the away dressing room. 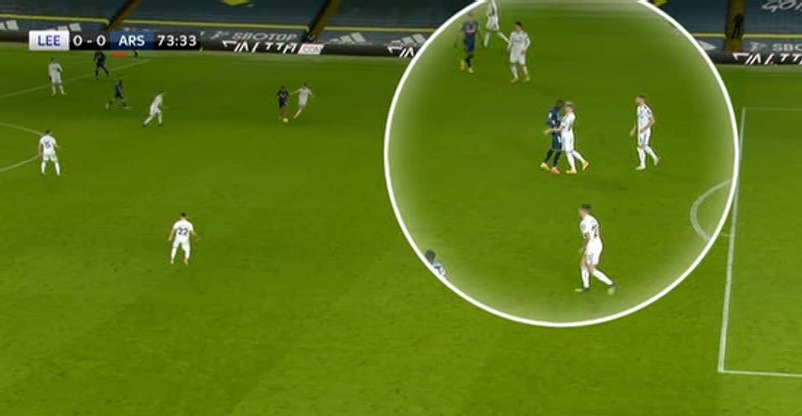 Nicolas Pepe was sent off for this headbutt on Ezgjan AlioskiCredit: Sky Sports 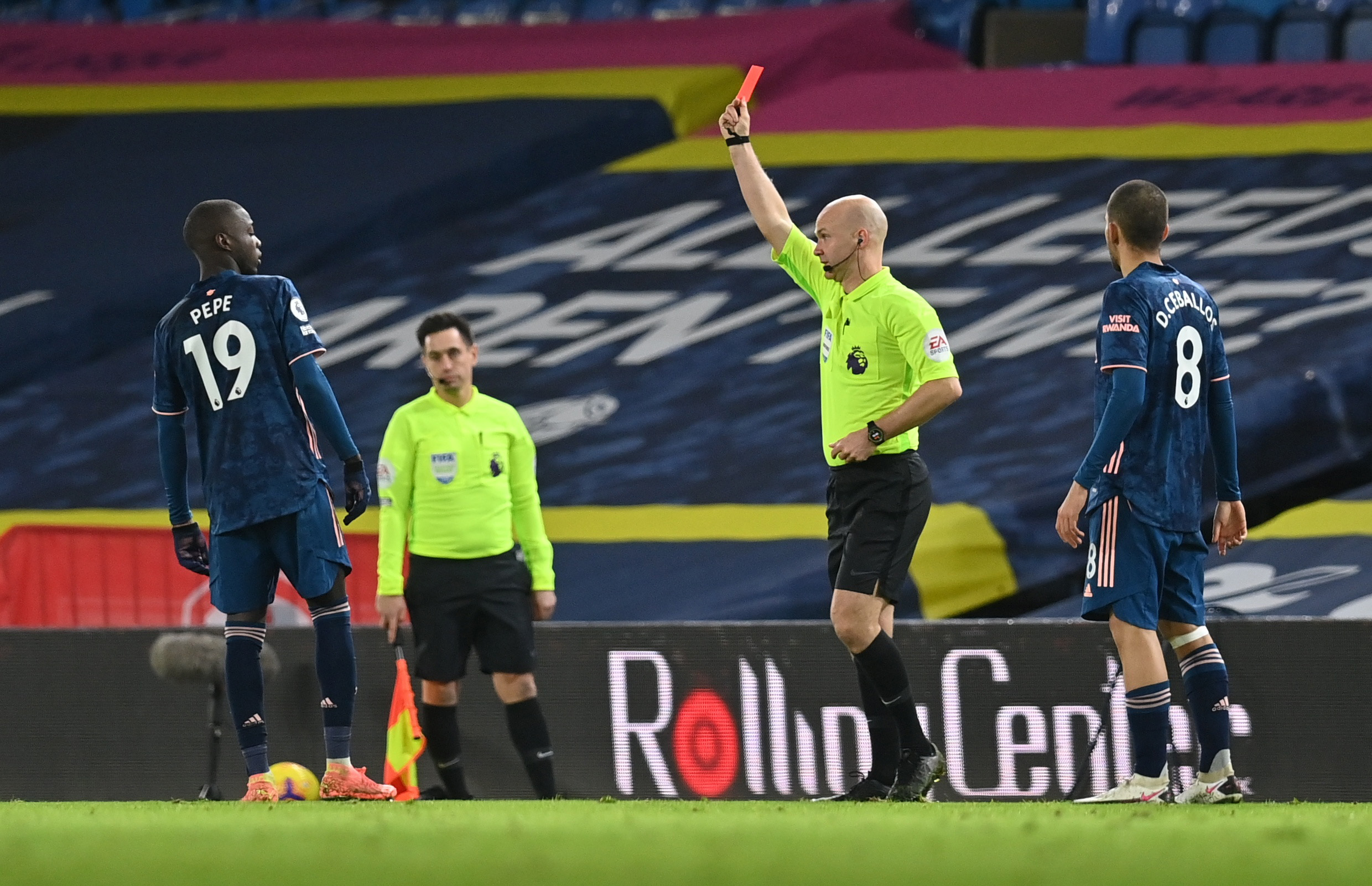 The Arsenal forward was shown a red card by referee Anthony TaylorCredit: Reuters

The decision came in the 51st minute, giving Arsenal 40 minutes to battle away with ten men against Marcelo Bielsa’s energetic side.

Arsenal boss Mikel Arteta branded Pepe ‘unacceptable’ and accused him of ‘letting the team down’.

“With ten men it is a big disadvantage.

“I really liked the personality of the team when Pepe let the team down, how we stuck to do what we had to do and had a moment or two to win the game, but obviously it makes it really difficult.”

And Patrice Evra also let rip at the idiotic move.

“Alioski deserves an Oscar… he looked like he’d broken his nose or something.

Asked whether Pepe had apologised, Hector Bellerin said: “These things stay in the changing room.

“After the game everyone has a lot of adrenaline and these things need to wait until later in the week.”