AFTER 60 years of parties and punch ups we all have a favourite Coronation Street character.

From legendary landladies to horrible hardmen and the funny faces who can’t help but make us smile. 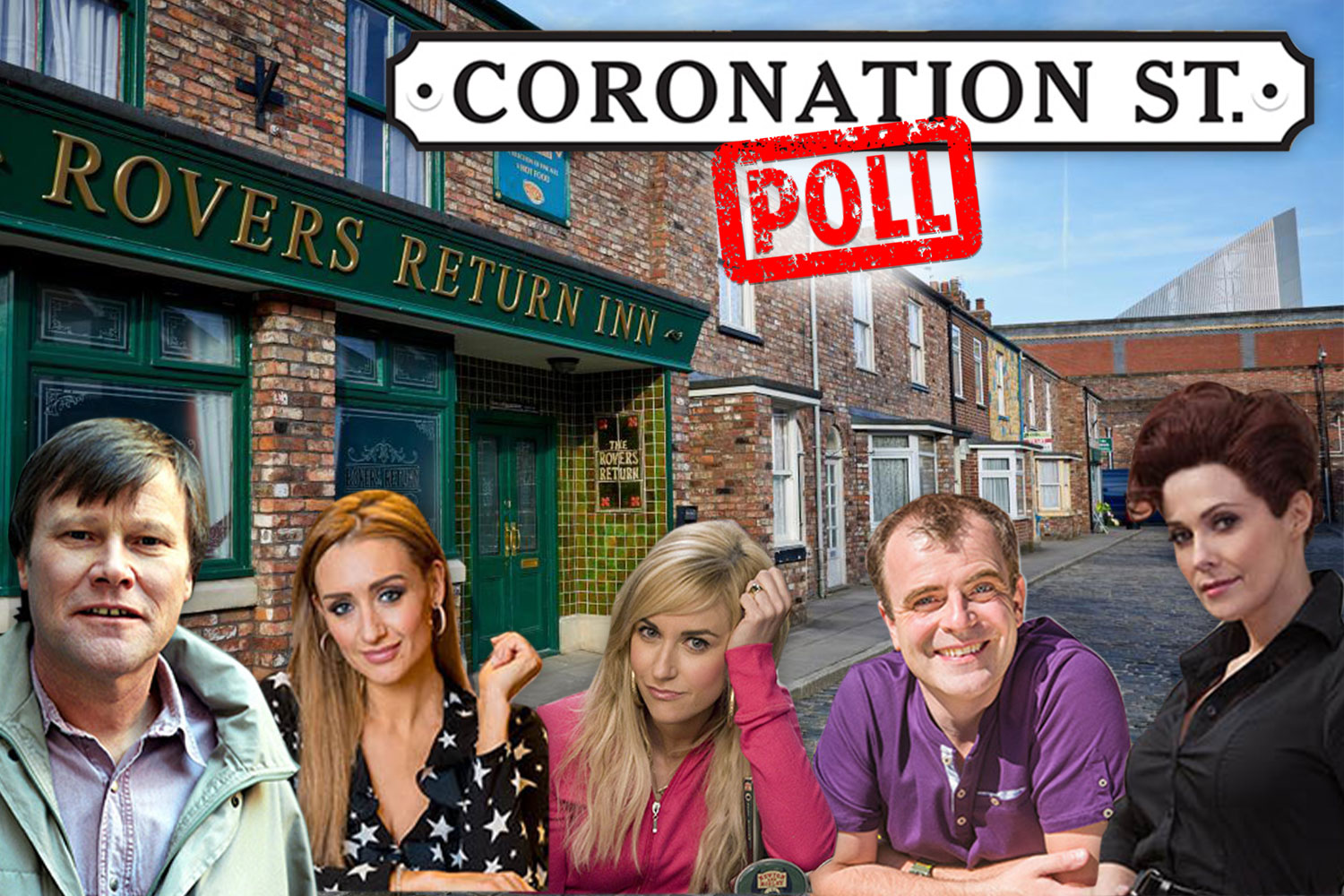 More than 5,000 characters have trodden the cobbles and made us laugh, cry and shout at our screens and now you can vote for your favourite Weatherfield character in our poll.

Will your favourite baddie be Richard Hillman or Pat Phelan?

And who’s given you the most giggles, Steve McDonald or David Platt?

Get voting below and next week we’ll unveil the cobbles top characters – as chosen by you. 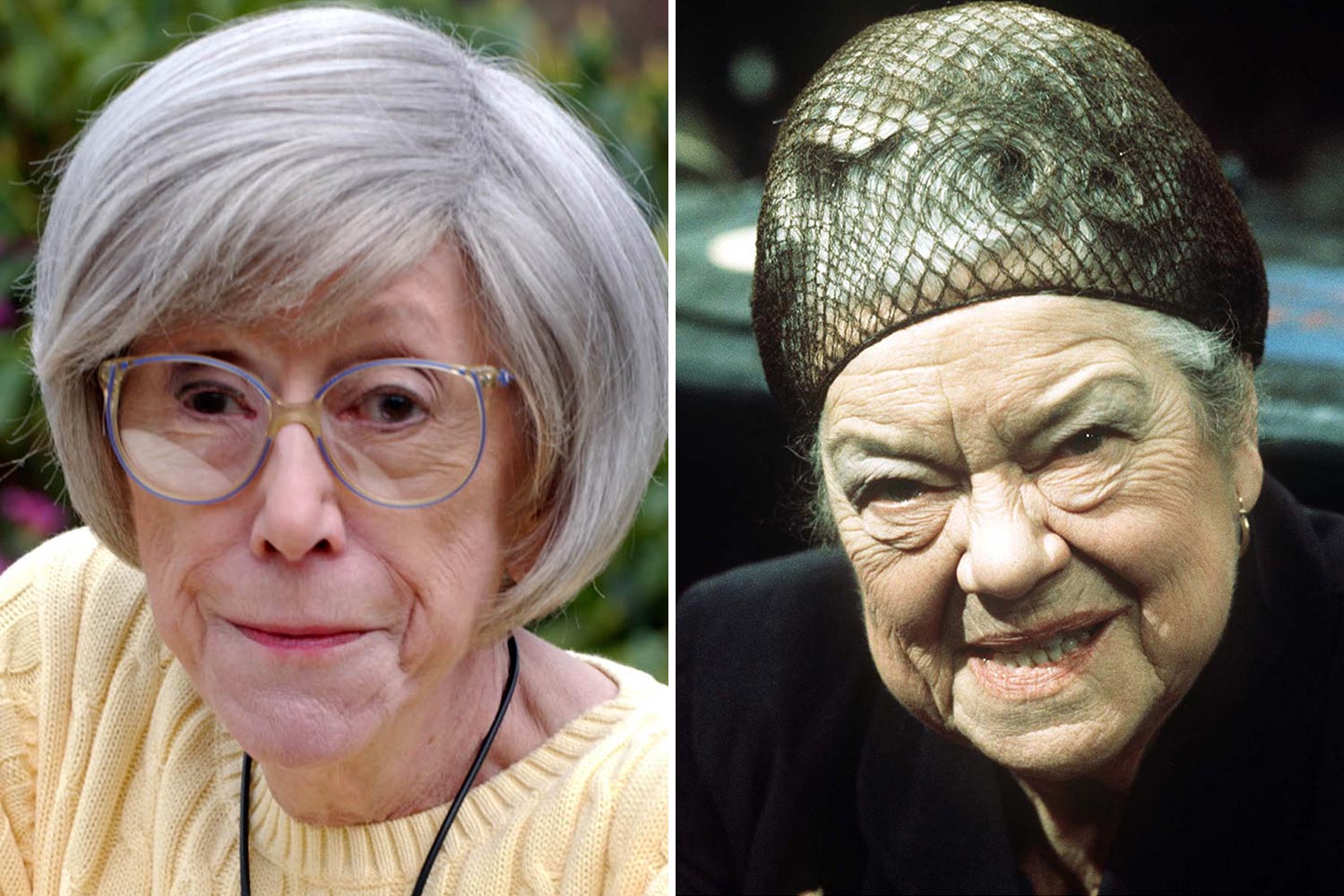 Her long-time sparring partner was Elsie Tanner – the whole street turned out to watch their famous 1961 spat on the cobbles.

She left the show in 1980 after 19 years passing judgement on her neighbours.

Formidable Blanche, mother of Deirdre and mother-in-law of long-suffering Ken Barlow, was queen of the acid-tongued one-liners.

Who can forget her telling Deirdre: “Good looks are a curse. You and Ken should count yourselves very lucky.”

Blanche’s demise came after the death of much-loved actress Maggie Jones in 2009. 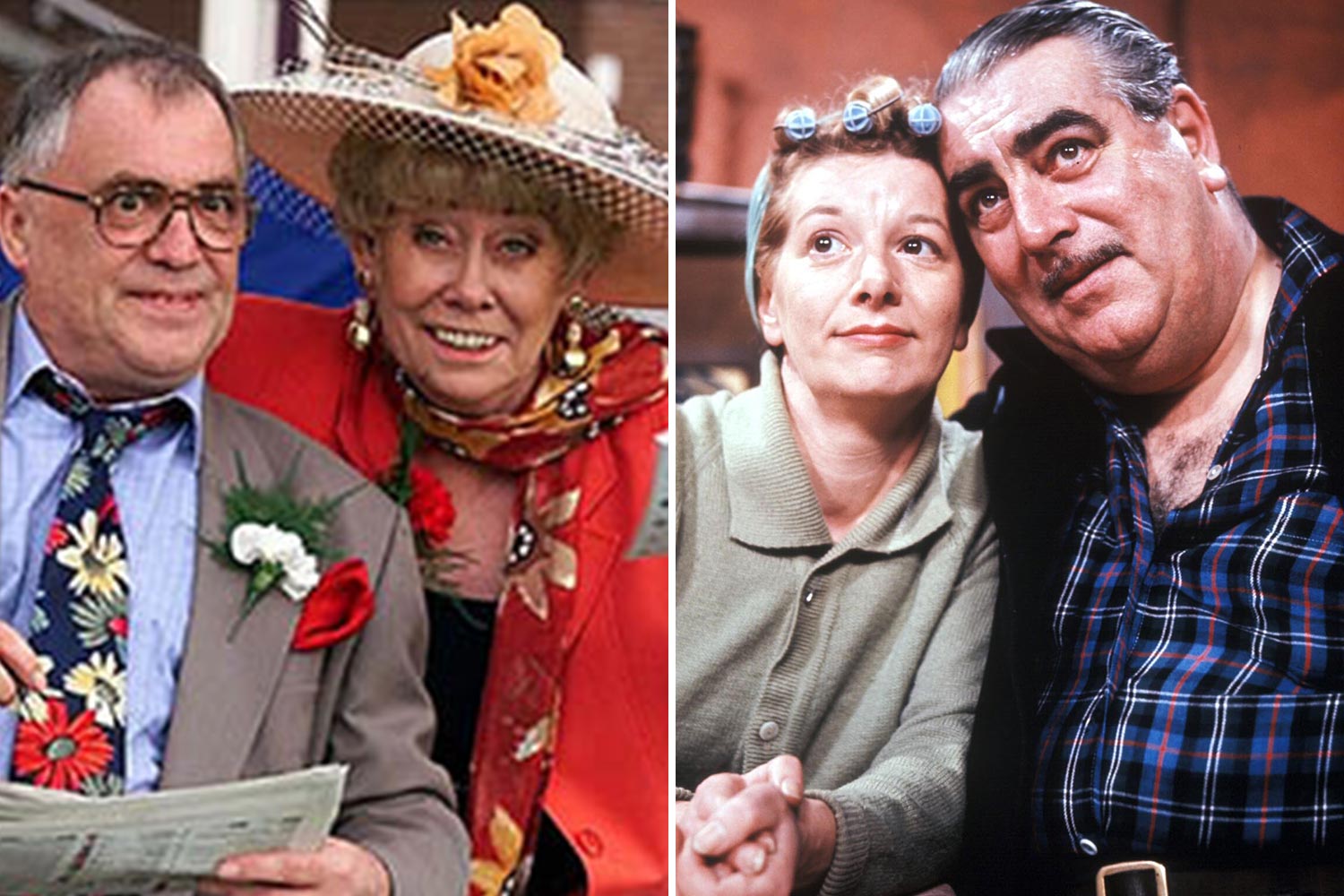 They bickered incessantly, but Hilda was devastated when Stan died in 1984 and her reaction won actress Jean Alexander the Royal Television Society’s Best Performance Award.

There was never a dull moment after the Duckworths arrived on screen in 1979 with their stone cladding pretensions and Vera’s foghorn voice.

Vera (Liz Dawn) despaired of work-shy Jack (Bill Tarmey), but the hen-pecked husband was heartbroken when his “little swamp-duck” passed away in her armchair in 2008. 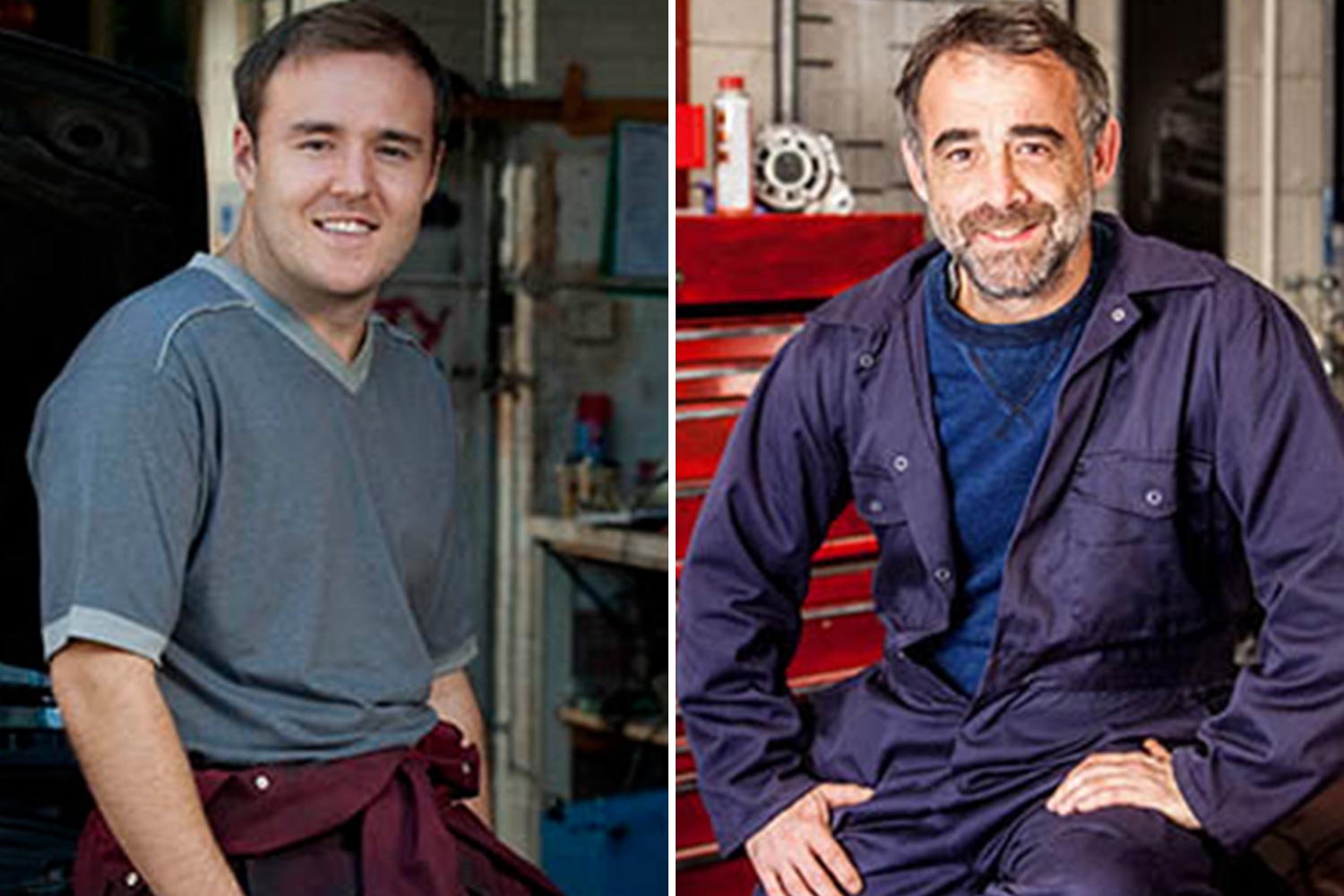 Both have sometimes struggled to cope with their headstrong daughters, but no-one can doubt their devotion to their brood.

Kevin (Michael Le Vell) has been a patient and loving dad to Rosie, Sophie and son Jack, while Tyrone (Alan Halsall) would do anything for Ruby and Hope. 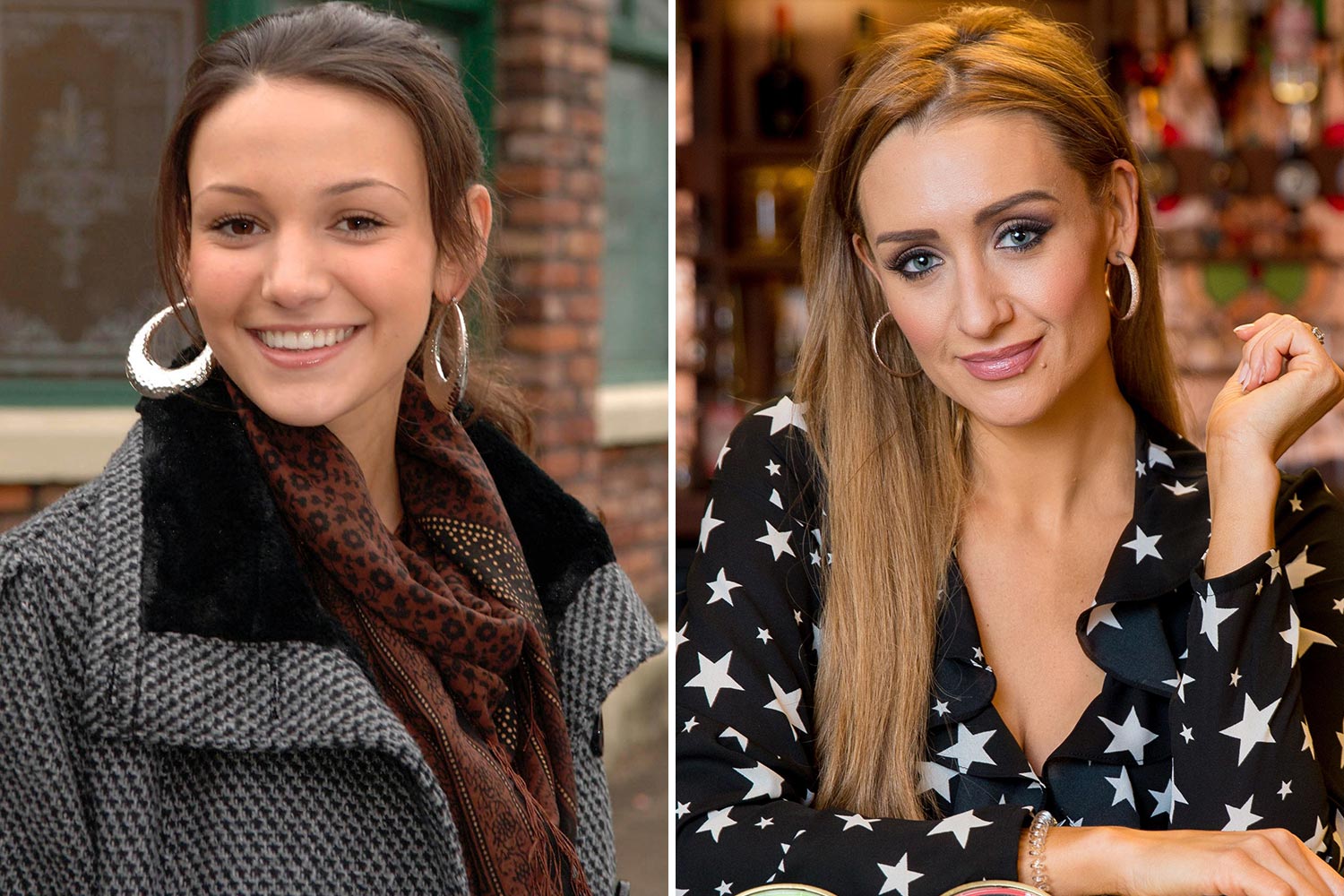 Tina McIntyre and Eva Price both brought glamour to Corrie 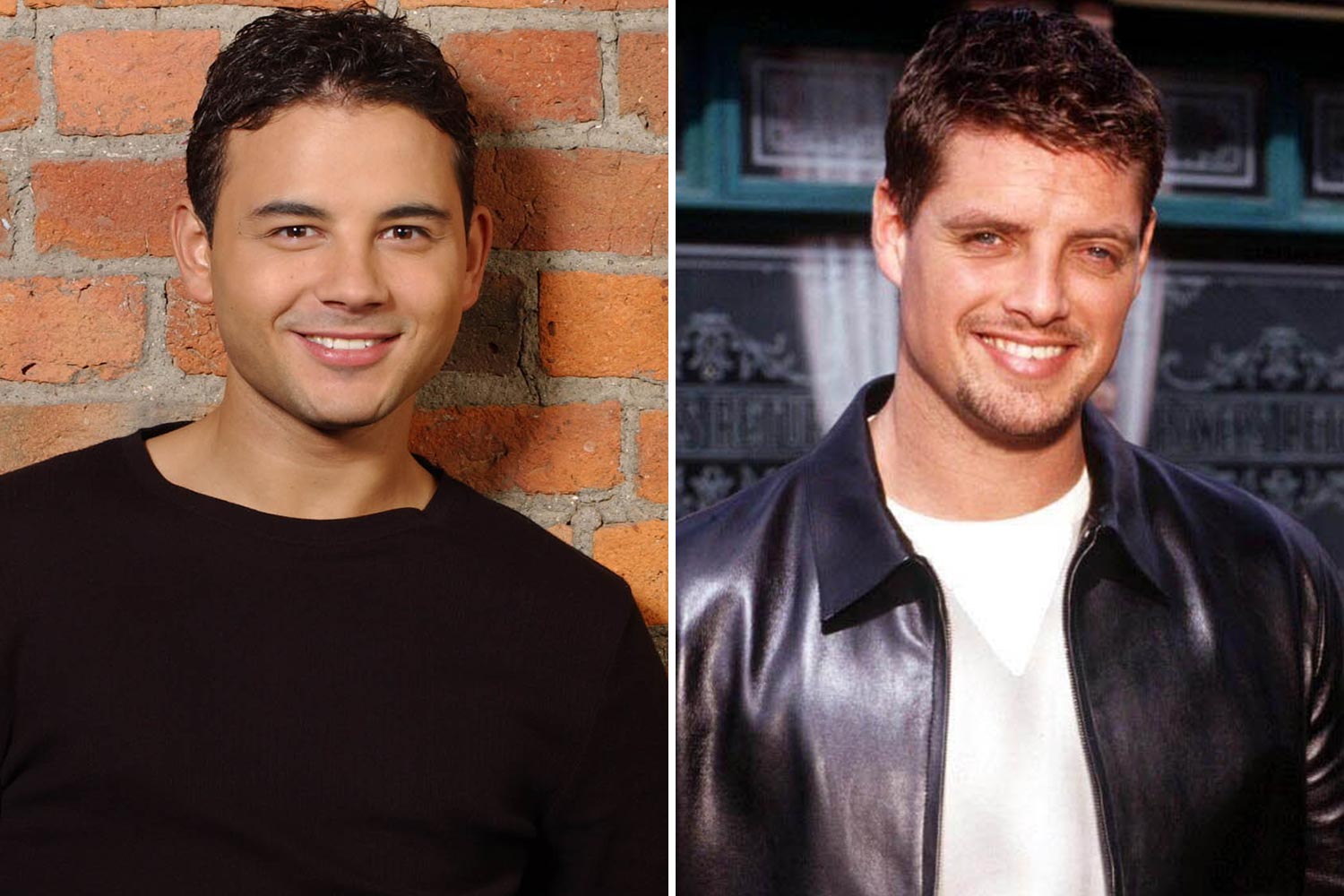 Hunky Jason (Ryan Thomas) wasn’t averse to whipping his top off for the flimsiest of reasons, revealing a very impressive six-pack honed on the building site. 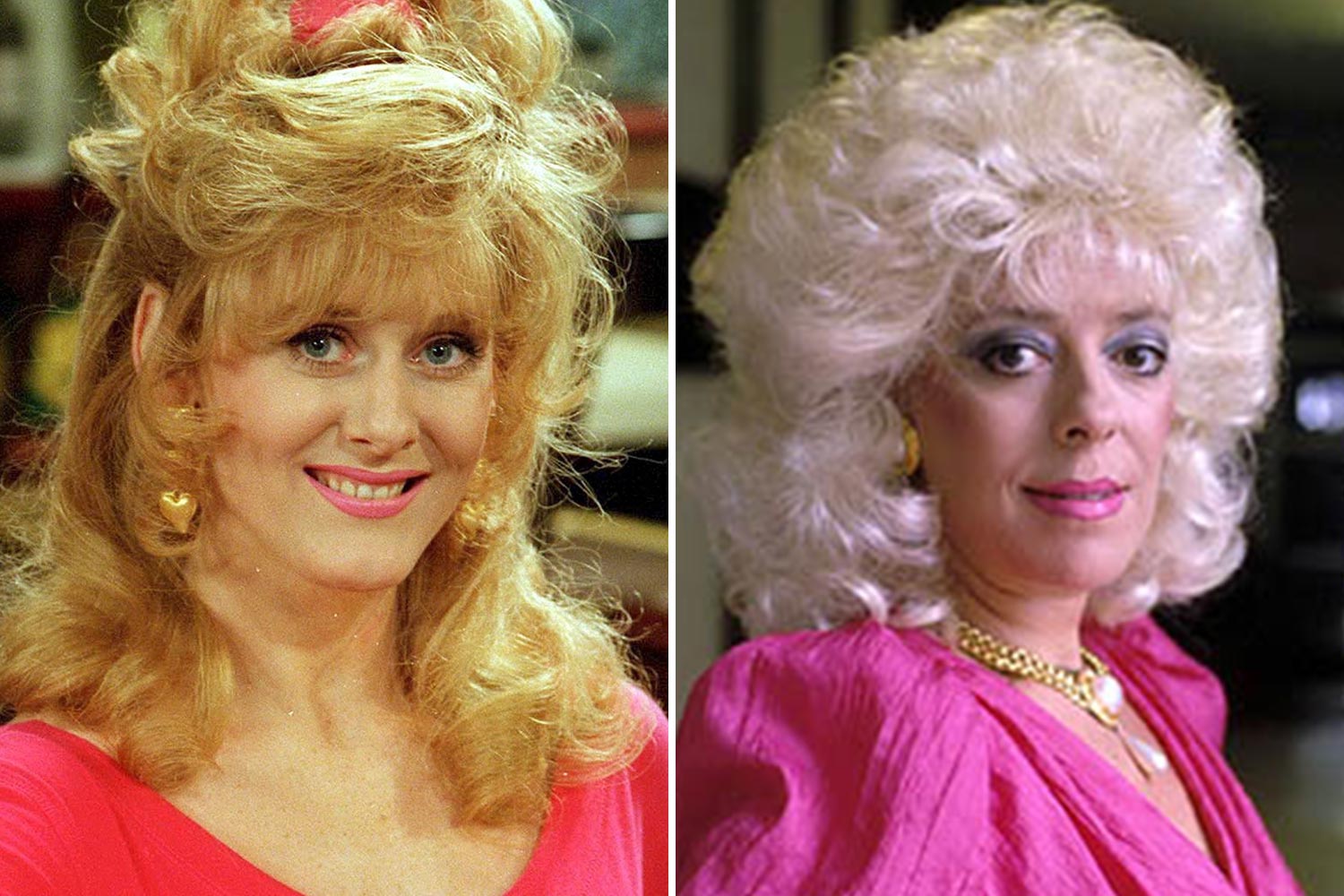 With her leopard-print clothing, bleached-beehive hair and gaudy earrings, Bet’s name was synonymous with that of the Rovers Return for a quarter of a century.

When actress Julie Goodyear left in 2003, the funny and flirtatious landlady was mourned by millions.

Younger, but no more stylish, innocent Raquel (Sarah Lancashire) won the hearts of the nation with her trusting nature.

Her marriage to Curly Watts was watched by 22m, but she broke his heart when she asked for a divorce and left for France in 2000. 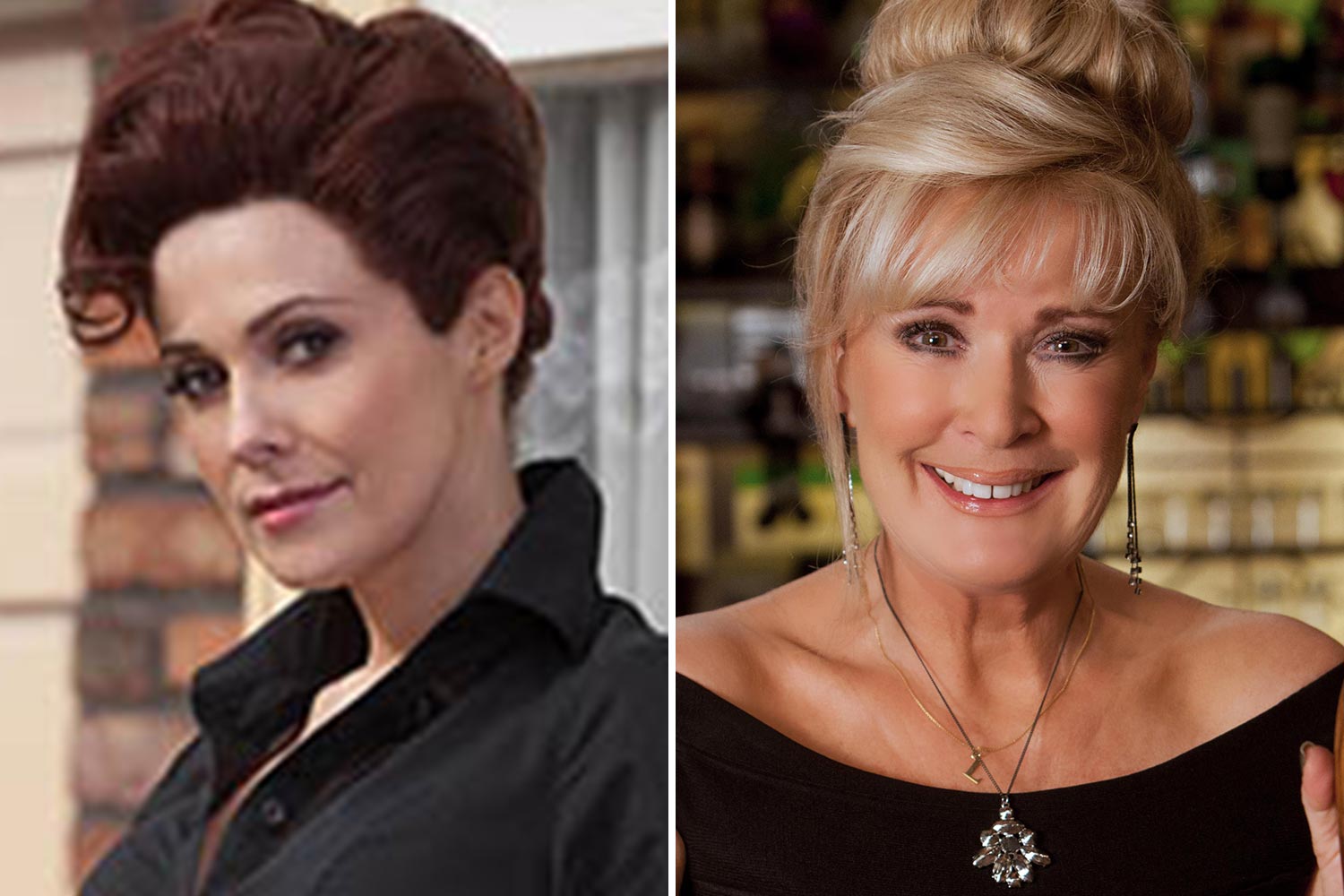 The Street’s original sex symbol, glamorous Elsie lurched from one disastrous relationship to another.

At one point actress Pat Phoenix was receiving four marriage proposals a week and was said to be “the sexiest thing on TV” by future Prime Minister James Callaghan.

“Skirt no bigger than a belt, too much eyeliner and roots as dark as her soul,” was how Blanche Hunt caustically described former Rovers landlady Liz McDonald (Bev Callard).

When she wasn’t rowing with good-for-nothing husband Jim, flirtatious Liz had a string of unsuitable fellas beating a path to her door. 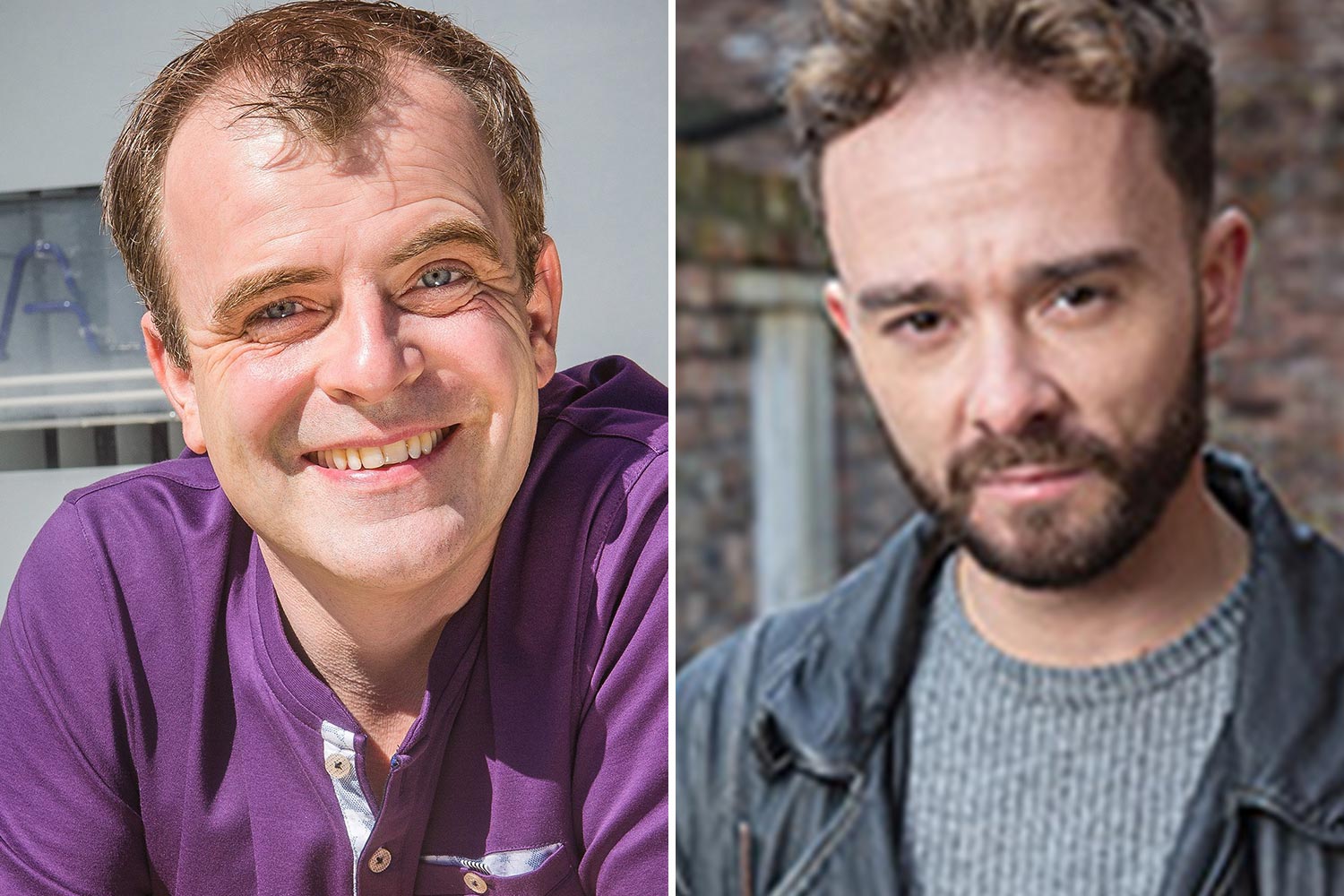 Steve McDonald and David Platt have everyone cracking up on Corrie

While Steve McDonald has endured plenty of heartache, actor Simon Gregson loves his comedy scenes most of all.

He says: “They kept writing: ‘Steve comes out of the bedroom in just his boxer shorts.’

“I’ve got this big beer belly, so I thought: ‘I’ll just stick it out even more!’”

From his comic impressions of his gran Audrey to his dry, cutting one-liners, David Platt (Jack Shepherd) has been making us chuckle since he was 12.

His hilariously bad behaviour has seen him pelting his mum Gail with peanuts and being caught naked in the hair salon by Dev. 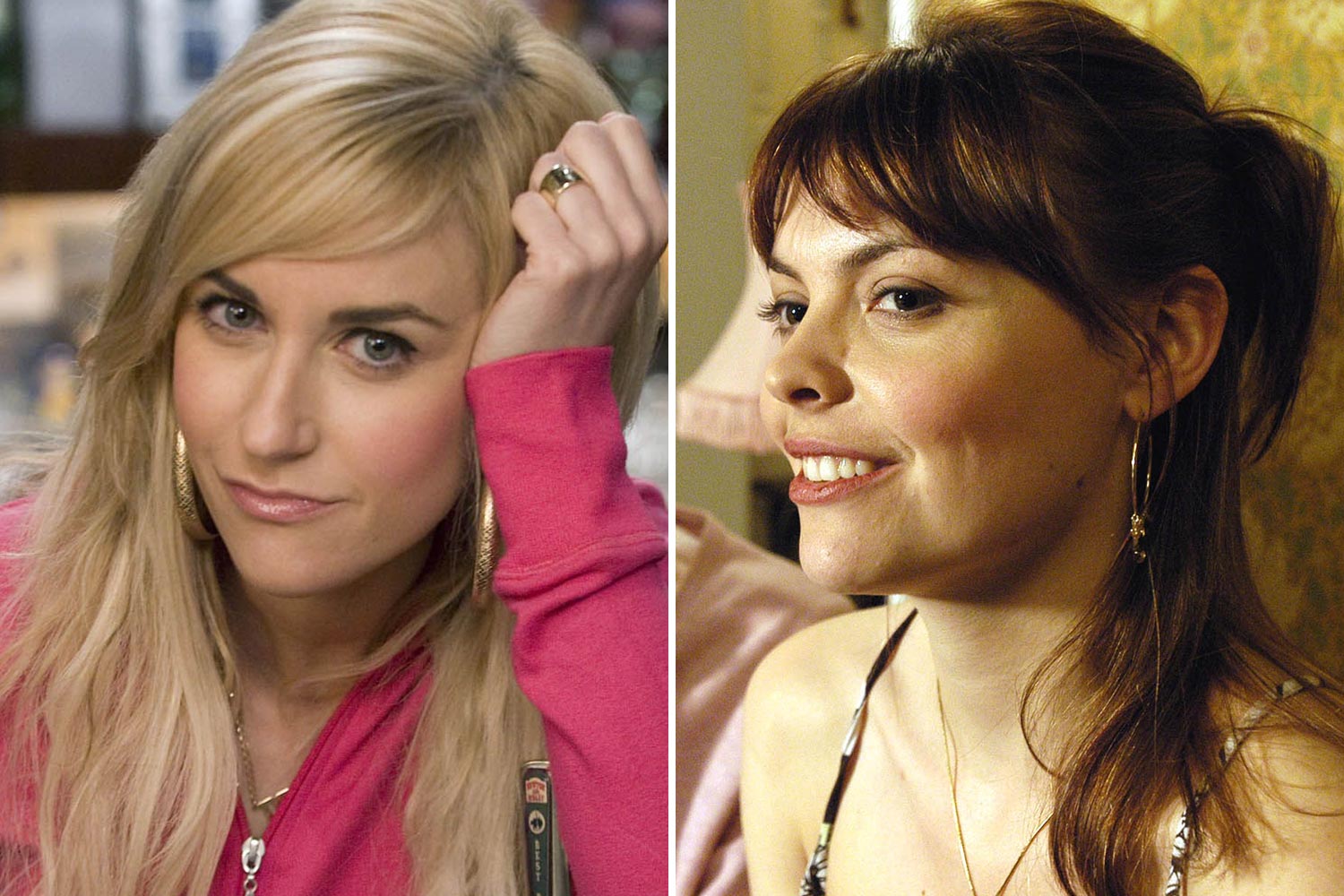 Blunt, impatient and self-centred, nobody wants to get on the wrong-side of Tracy (Kate Ford) – after all her ex Charlie Stubbs ended up battered to death!

Her lowest moment came when she drugged Roy Cropper then convinced him they’d slept together.

She formed a close friendship with Roy and Hayley Cropper, who saw beyond the heavy-drinking laddette exterior.

She briefly found stormy love with Steve McDonald, but left the cobbles for a new life in Barbados in 2012. 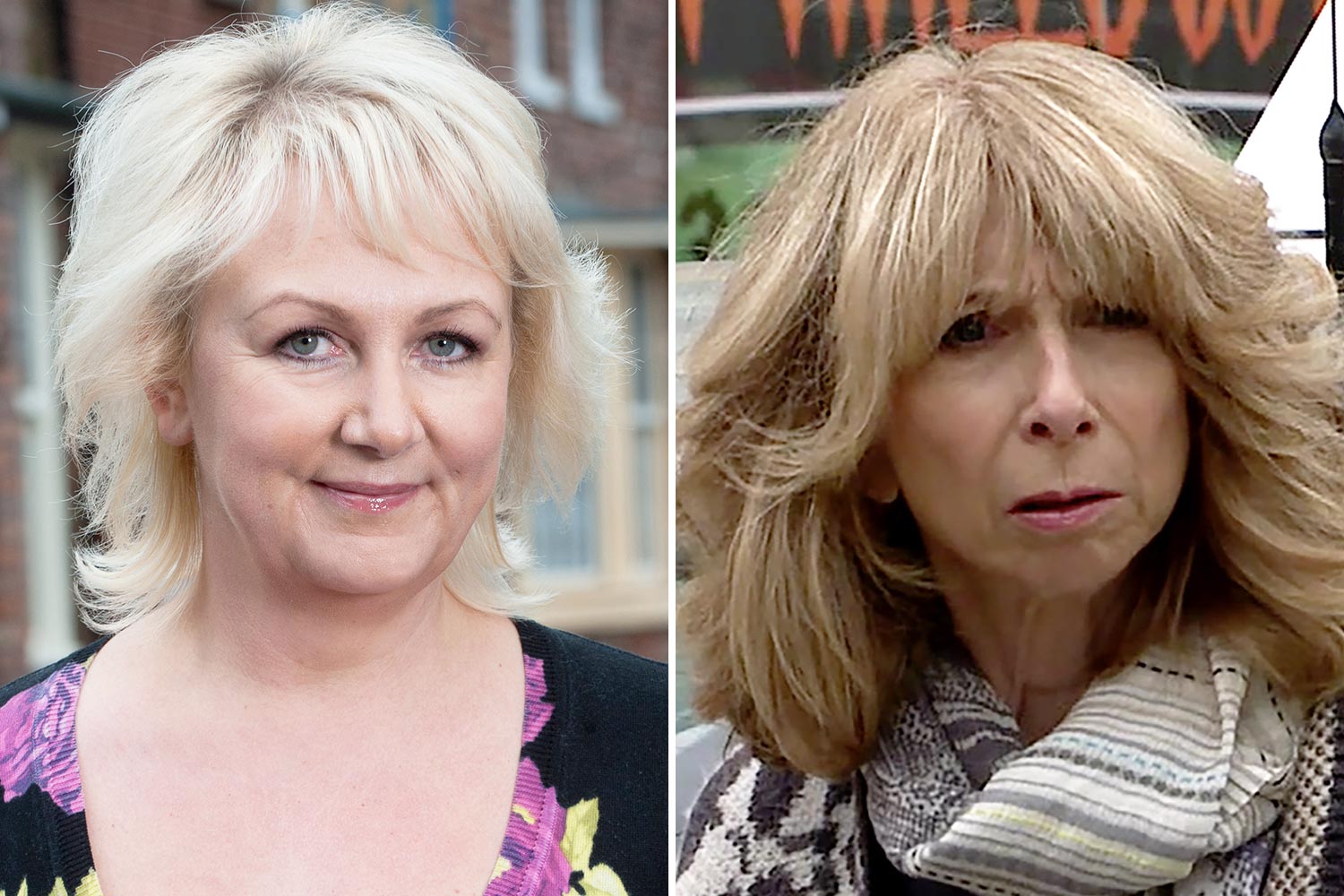 Both have done their best with their unruly broods, but the rival matriarchs certainly don’t appreciate each other.

They famously came to blows on the cobbles in 2004, when Gail (Helen Worth) attacked Eileen (Sue Cleaver) in the street while still in her dressing gown, over the revelation that Eileen’s son Todd was gay and had cheated on her daughter Sarah. 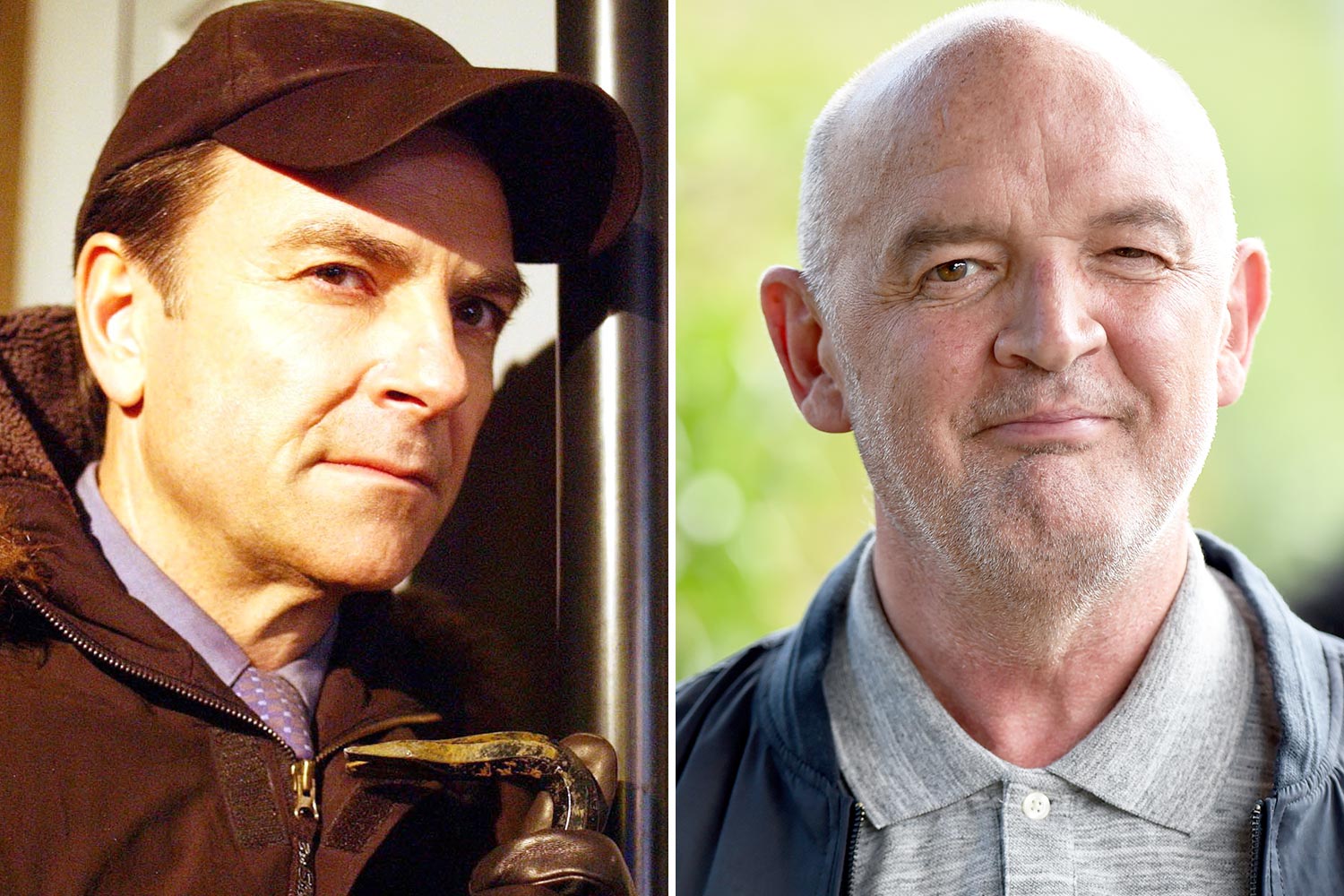 “You’re Norman Bates with a briefcase!” exclaimed Gail as she discovered her smooth-talking husband Richard (Brian Capron) was a serial killer.

He came to a watery end in 2003 after trying to drown the Platt family in the canal. They survived, but he didn’t.

After coercing Anna Windass to have sex with him in 2013, Pat (Connor McIntyre) went on to cause even more mayhem.

He kidnapped Andy Carver and then forced him to shoot Vinny Ashford, before shooting poor Andy himself.

After falling in the sea he was presumed dead, but returned during Michelle Connor’s wedding, shooting both Michelle and his daughter Nicola.

Anna Windass ended the misery by fatally stabbing him. 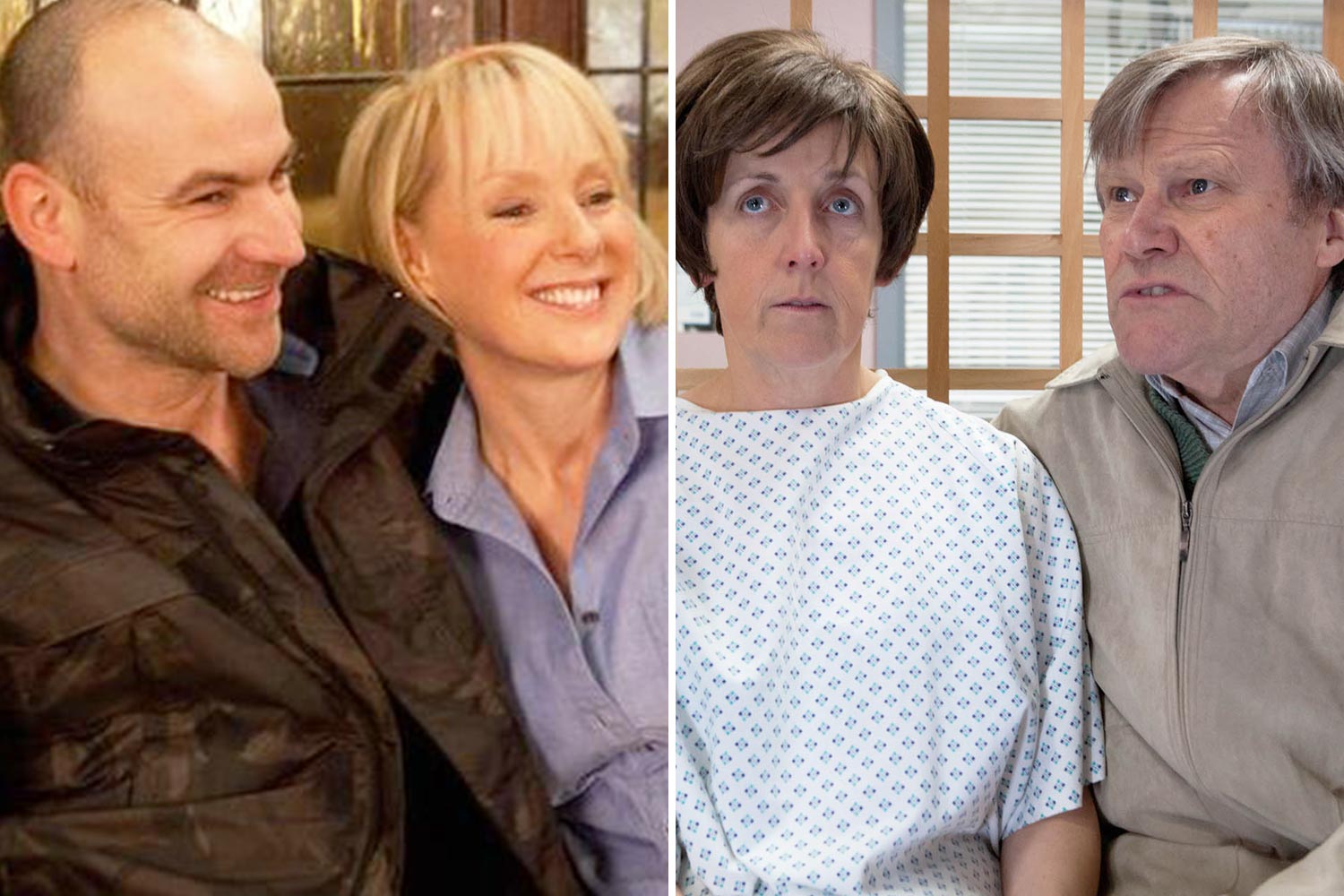 The Metcalfes and the Croppers both had their ups and downs

They wed in 2010 and both Roy and the nation were heartbroken when Hayley died in 2014 following an overdose, after being diagnosed with terminal pancreatic cancer.

On paper, down-to-earth Tim and upwardly mobile Sally are chalk and cheese, but they know how to make each other smile. 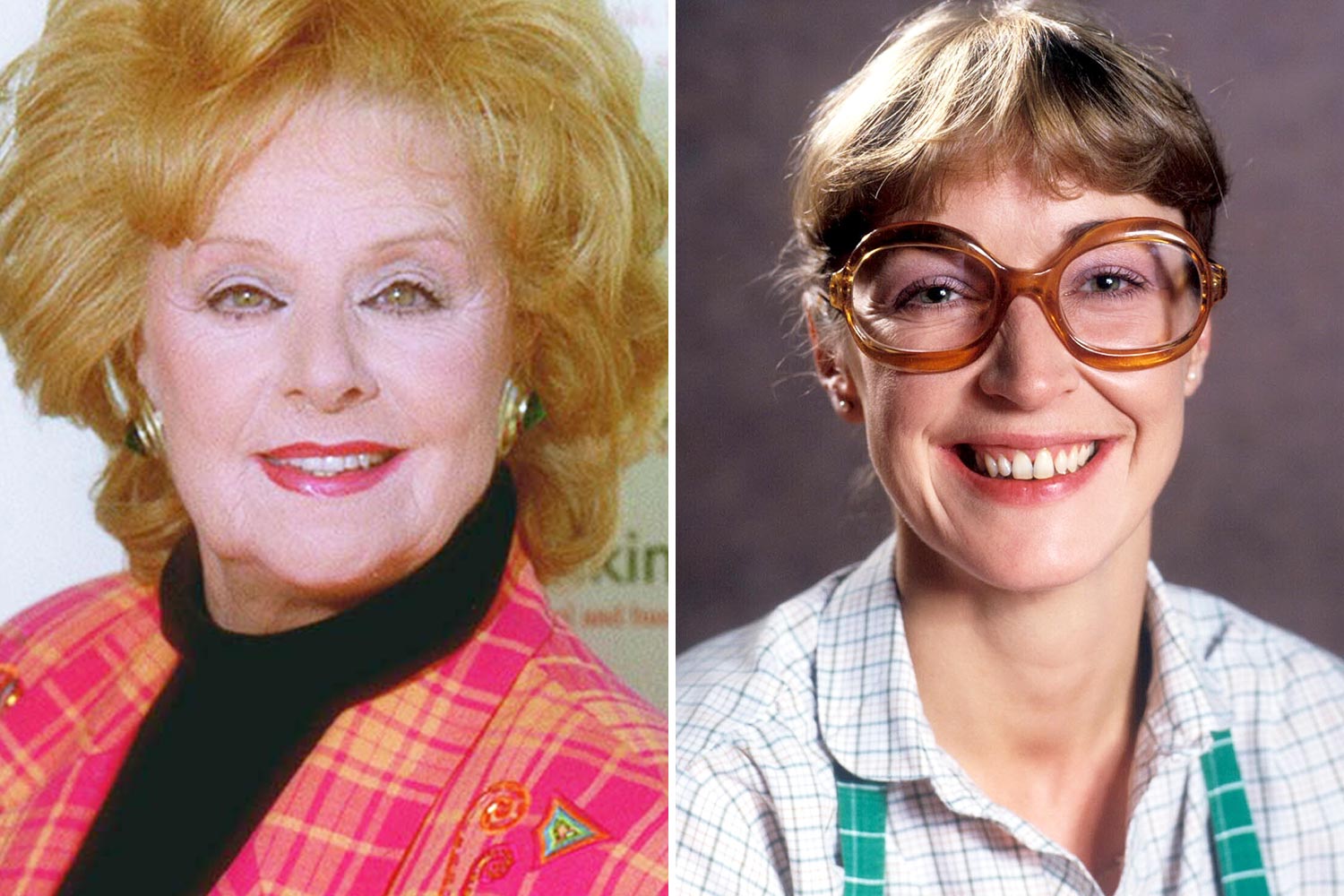 Life has never been easy for queen of the Kabin Rita (Barbara Knox).

“We’re all the walking wounded. It’s just that some of us get more wounded than others,” she says.

When Deirdre Barlow (Anne Kirkbride) was wrongly imprisoned in 1988, it sparked a nationwide campaign to ‘Free the Weatherfield One.’

Her bad luck extended to her love life – she famously cheated on Ken with Mike Baldwin and her husband Samir was knifed to death.

If that wasn’t enough, she had a killer for a daughter!