A VILLAGE called F*****g is finally changing its name after locals became fed up with randy tourists having sex by the road signs. 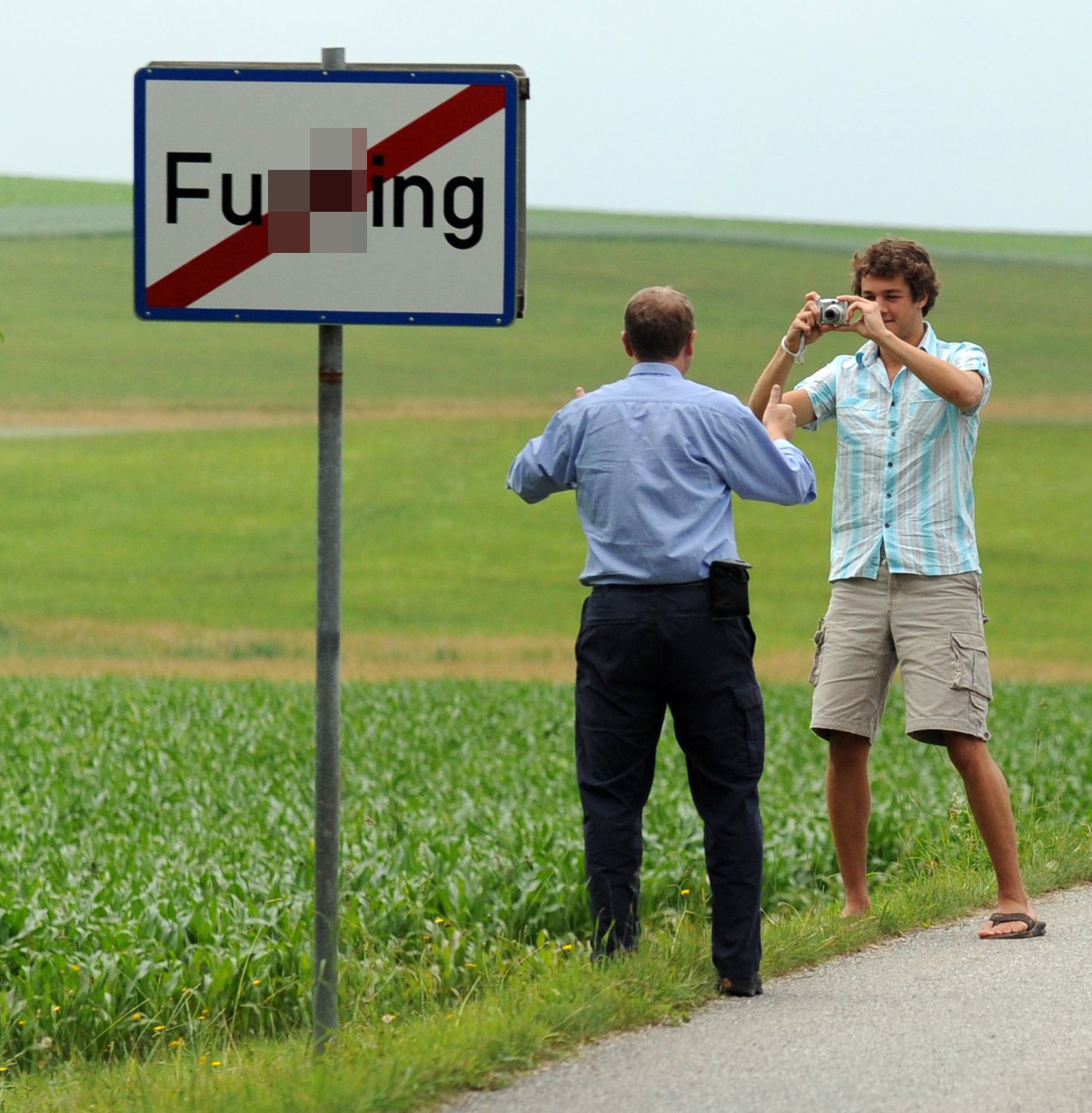 Over the years, the village has been become an understandable draw for sniggering tourists, who make a point of stopping in to snap themselves by the signpost

But some been unable to resist the temptation of a roadside romp underneath a sign with the word F*****g on it.

“I’m sure each of them think they’re the first to think of it but believe me they’re not,” one fed up resident told the Austrian Times.

“We’ve grown very tired of it and we’re doing something about it. We are a very traditional community and we find this sort of public display shocking.”

As well as having sex by the signposts, tourists have also been making off with them, leading the local authorities to use theft-resistant concrete when putting up replacements.

The town’s name has long been a source of amusement in the English speaking world. 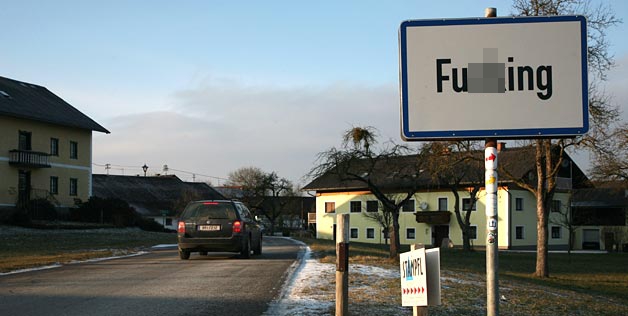 Patience has finally snapped and the name will be changed

Pranksters from abroad have been known to ring up locals and ask in English “Is That F******g”  before bursting into laughter and hanging up.

Businesses cashed in with postcards, Christmas cards and even more recently a F*****g beer.

But according to the Austrian daily Die Presse, the villagers, known as F*****gers, “have had enough of visitors and their bad jokes”.

The village was first officially inhabited in about 1070.

But local lore suggests that a sixth-century Bavarian nobleman called Focko actually founded the settlement and a map dating from 1825 used the spelling Fuking.

Just across the border in Bavaria in Germany, there is another village called Petting.

Minutes from a municipal council meeting showed the village, 215 miles east of Vienna, will be renamed from January 1, 2021.

“I can confirm that the village is being renamed,” said Andrea Holzner, the mayor of Tarsdorf, the municipality to which the village belongs.

“I really don’t want to say anything more – we’ve had enough media frenzy about this in the past.”